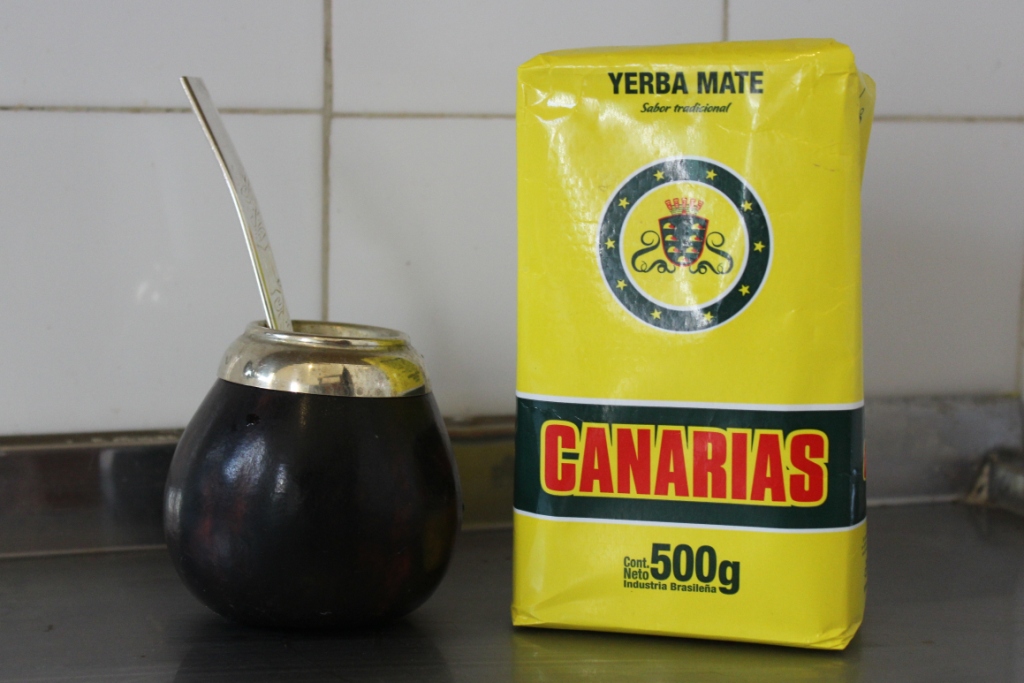 A mate with a bombilla and a bag of a popular brand of yerba mate.

Back in the States, we are generally only exposed to two kinds of “natural” stimulating beverages, namely coffees and teas. Over the past six months we have had the pleasure of being introduced to a couple alternatives to these staples. To try (legally, at least) coca tea, one would unfortunately have to actually travel to the Andes region where it is traditionally cultivated and consumed. There is a pretty good chance, however, that you can find yerba mate at your local supermarket or health food store.

I have vague memories from my freshman year of college in the dorms of one or two Paraguayan friends drinking a strange greenish drink through a metal straw. This, apparently, was yerba mate. We initially read about mate when doing some introductory reading before first entering Argentina and figured it was something interesting that we would probably want to try. Once we crossed into the Pampas and saw people using the hot water machine to refill their thermoses at each and every gas station, however, it became obvious we needed to do a bit more learning.

Introduced to sixteenth century Spanish settlers by the Guaraní people of what is today Paraguay, yerba mate is a shrub/tree whose leaves contain caffeine and threobromine. Interestingly, yerba mate elicits a relaxing effect on muscle tissue while stimulating the central nervous system, whereas other caffeinated beverages stimulate both. Today it is highly popular in Argentina, Uruguay, Paraguay, and southern Brazil.

There are two key pieces of terminology you must learn if you want to be a yerba mate aficionado:

Meeting friends and family to enjoy mate is an everyday social occurrence among people of all ages. A cup of yerba mate can be reused many times, so it is often passed around a circle, with each person downing a full gourd before handing it back to the brewer to be refilled again. In one interesting part of yerba mate etiquette, a drinker only says gracias to the brewer when they have had their fill and don’t want another round.

The first time we tried mate, it was horrible. This is 100% due to the fact that we had no clue what we were doing. Our genius selves decided we could just steep some yerba mate in boiling water like one would make tea, then pour it into a mug and enjoy. The resulting concoction was a bitter, grassy-tasting mess full of particulate matter. We thought we had to be doing something wrong, so we took to YouTube to try to figure out the right way to go about things. Turns out we were missing some important pieces of equipment, a bombilla and an actual mate, as well as failing to do some key preparation steps. If you want to try yerba mate on your own, here is my personal technique:

This method seems to work quite well for me. Then again, I don’t really have any idea what I am doing, so if you have access to a genuine long-time mate drinker, it wouldn’t hurt to ask them for advice. 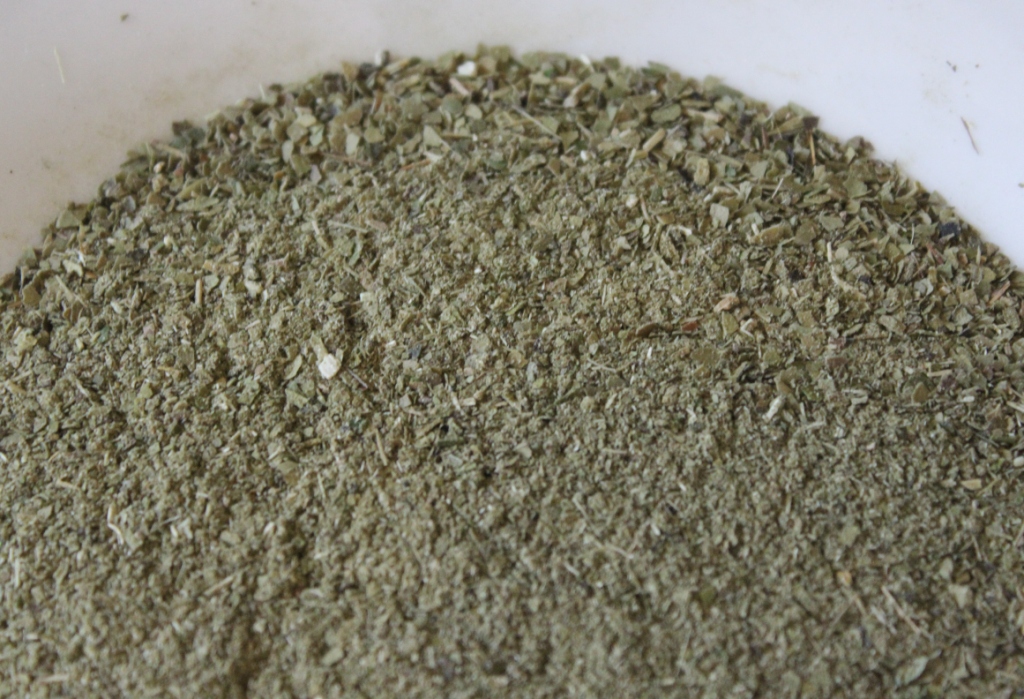 A close of shot of yerba mate. 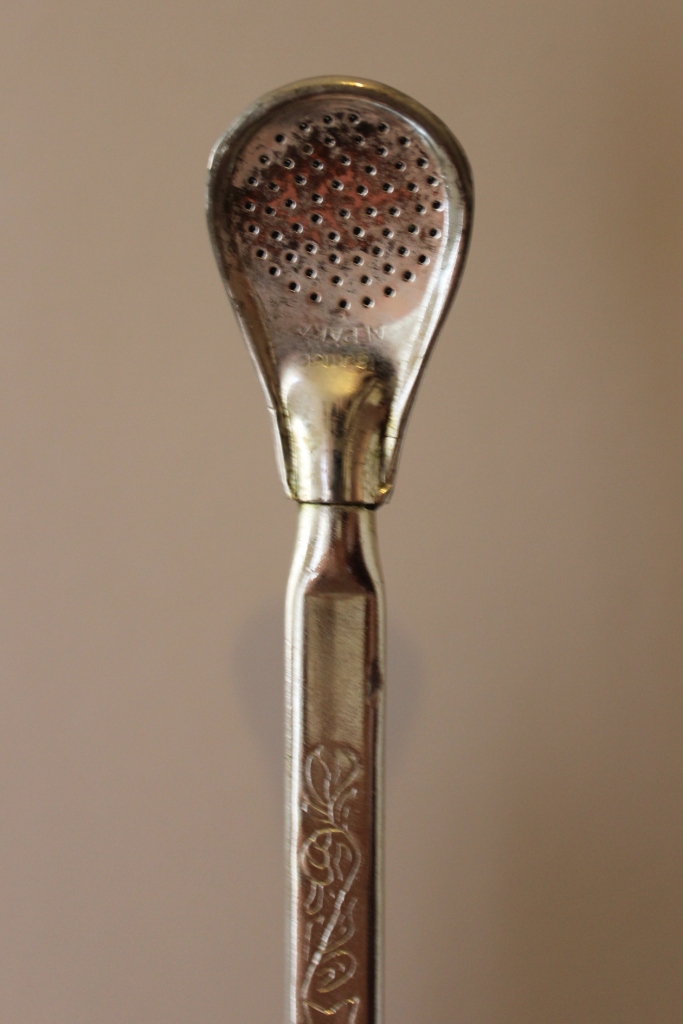