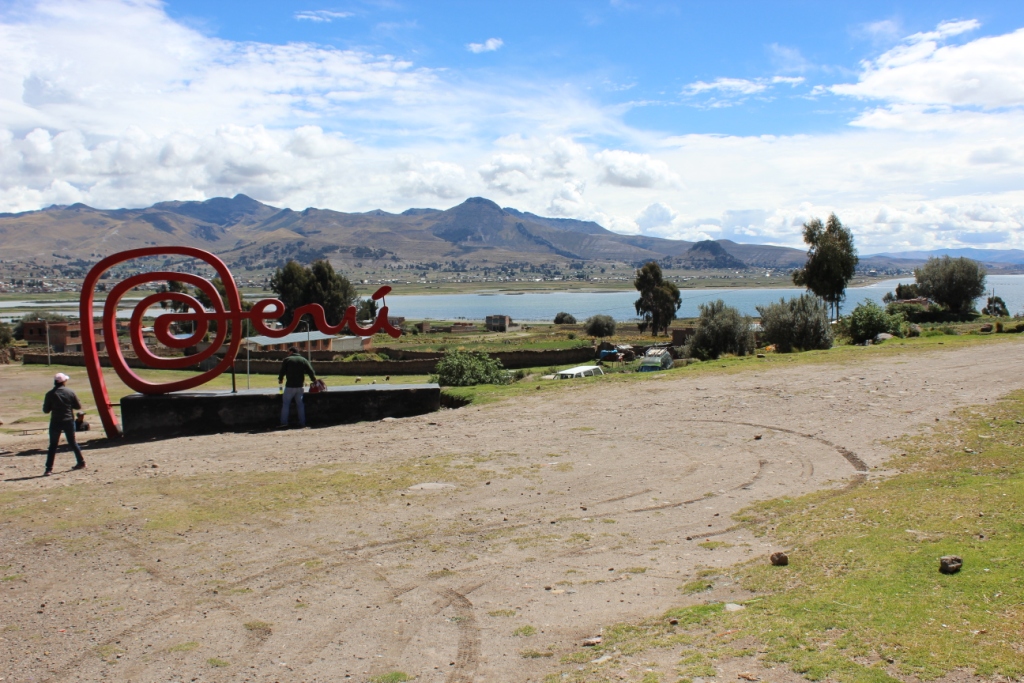 Before embarking on this little road trip, we spent countless hours reading and researching about probably every pertinent topic you can think of. One of the recurring themes from other overlanders that we happened upon again and again was how to prepare yourself for, and subsequently wiggle away from, crooked cops and military looking to make an easy buck off an out-of-towner. We versed ourselves on what we could do to protect ourselves. We learned techniques to get out of potential extortion situations — always give out copies of your documents instead of originals, keep a few small bills in an easily accessible location instead of having to show your whole stack, pretend you don’t speak any Spanish.

When we first crossed the southern border of the US into Mexico we were prepared and vigilant, copies were ready to go, and a few pesos were stuck in the compartment below the CD player. At our first military checkpoint we were nervous, having never been through any similar situations. Making our way through a half dozen checkpoints (and a few thorough searches) as we make our way south down the peninsula, it was evident quite quickly that these were actually a presence we should be grateful for. They were usually serious but courteous, and in a land where there is always a whisper of gang violence anything to stem the flow of drugs northward and guns southward should be welcome, even if it means unplanned ten minute delays every few hours. Our only run-in with the police in Mexico was similar; after Olmec decided to jump into the front seat at a stop light in La Paz (I have a three inch scar on my forearm from the fracas), they noticed the commotion, checked our documents, asked a couple questions, and sent us on our way.

Making our way through Central America, it was more of the same. Despite reading about widespread corruption and extortion (and hearing lots of horror stories from people we met along the way), we encountered none of it. We were stopped relatively few times driving down the isthmus, and each of those was routine and smooth. Sometimes there were smiles, sometimes an officer or soldier (usually the younger ones) would want to pet the dogs, sometimes there were the obvious questions about what the hell we were doing with an American car way down here, but the authorities we met were generally quite professional. After a few countries of this, the apprehension melted away completely. We got used to explaining ourselves and answering the usual questions. We started handing over original documents when asked. We didn’t worry about keeping some cash tucked away just in case. In sum, we started to fully see the uniforms as our friends and protectors. And then in Peru in a few brief moments that all went away.

First, a bit more background. On this Saturday morning, we were making a (for us) short, day-long, 12-hour drive from Cusco, Peru to La Paz, Bolivia. We were barreling along towards Lake Titicaca perhaps an hour from the Bolivian border when we reached the outskirts of a town called Juliaca. Seeing the usual setup of cones in the road and uniformed men directing cars to the side, we turned our music off, rolled down the window, and had our vehicle import permit, insurance, license, and other documents ready. Thus far in South America, we have found ourselves getting pulled over a ton. This seems to be largely because we do not have a license plate on the front of the car. Colombia, Ecuador, Peru, and Bolivia all require plates on both front and rear, and are generally more thorough in their enforcement than Central American countries. Usually when we get close, an officer will notice that our front plate is just a giant blue and red ‘K’ (Rock Chalk!) and direct us onto the shoulder. Without thinking much of it, we pulled onto the side of the dusty highway when we were beckoned.

Officer One approached the car. I took off my sunglasses, something I try to do when I talk to anyone as a sign of respect. Where are your plates? In the back. You have to have plates in the front as well. That’s an infraction. This car isn’t Peruvian. Here, look at our temporary vehicle import permit. Let’s see your license and insurance as well.

At this point, what was really happening started to become dramatically clear. Looking around, we realized they didn’t pull us over because of our plates. They pulled us over because every single man is either interrogating a vehicle or is in the process of waving one down. Only those lucky enough to drive by when all of them are occupied are making it through. This is just what they do. These men are hired to serve and protect, and instead of fighting crime and trying to make their shithole town of Juliaca a better place, they show up on the main highway every day, pull over every car, and use their power for evil, extorting money from passersby rich and poor alike.

Assuming no one else would be able to understand it if we talked to each other in English, I stated the obvious. “This is a shake down.” We plead our case for a few moments more, telling them to look at our import permit, that our car was perfectly legal, and that we are leaving the country in literally less than an hour. Unconvinced, Officer Two told me to pull up a bit, pointing at a Policía Nacional SUV parked just off the right side of the highway. He walked beside us as I slowly drove the hundred foot march of doom.

Now we saw the passenger side door of the police SUV open and close. From inside the air-conditioned vehicle emerged Officer Three, the big boss man, the head honcho. I shall henceforth refer to him as The Colonel; for some reason that seems appropriate. Officer Two made his way to the far side of the SUV to greet him with our documents. He took a look at the papers, took at look at us, looked back at the papers, gritted his teeth, and started to come over.

If you were casting the part of crooked cop for a movie, you might hope to find this man for the role. He was, as you could expect given his position, the oldest of the bunch. By my best guess, the majority of the boys flagging down passing cars were in their early 20s. Officer Two was second in command and in his mid-thirties. The Colonel was perhaps ten years his senior. Gigantic aviator sunglasses covered his face. He walked slowly to my window, looking the car up and down. Resting his hands on the CR-Van he said hello and gave us a muted smile, exposing his gold canine teeth (I shit you not). I looked to his breast, hoping to catch his name. Of course, his nameplate was covered up by a patch he had safety-pinned over it. He did not waste any time on pleasantries. You don’t have reflectors on the front of your vehicle. That’s an infraction. Look at this booklet explaining infractions and fines. See right there? The fine for not having reflectors is 297 soles (around $100). This isn’t a Peruvian vehicle. Look at our temporary import permit. Why would they have let us in and given us the permit if our car wasn’t acceptable? (He gritted his teeth again and looked around.) It’s 297 soles. You can pay at the bank on Monday. Monday? We are leaving the country in one hour. (He gritted his teeth and shrugged.) Or you can pay me right here and now.

At this point we called a huddle. Well, it wasn’t really a huddle. There were still three of us, but we bet on the fact that we could talk to each other privately in English. Should we call his bluff? Do we really care if he gives us a ticket? What really are the chances that Peruvian immigration is going to get wind of this and isn’t going to let us out?

Okay, write us the ticket. Alright, but you know you don’t get your documents back until you pay at the bank… You. Mother. Fucker. How much does it cost? 297 soles. We don’t have 297 soles. We are getting ready to leave Peru, so we don’t have any soles left. (Once again he gritted his teeth and just kind of looked around nonchalantly.)

In what proved to be a small stroke of luck, another officer called for his attention from behind. He turned away from the vehicle, and Brianna grabbed the first few bills off the top of our remaining stack in her silver notebook. “Hide the notebook!” I said in perfectly audible English. Stuffing it in the door, we looked at the bill she had grabbed, which happened to be ninety soles (about 30 bucks). The Colonel turned back to the car.

It’s all we have. No, that’s not enough. We don’t have any more. We are leaving the country, so we don’t have money. (For a final time, he gritted his teeth and gazed at the nonexistent scenery. Watching the cars drive by, I can only assume he decided his time was better spent extorting more victims. Without a word he took the cash, folded our stack of documents, handed them back, waved us on our way, and started walking towards the rear of the car.)

“Que triste!” Brianna said loudly, in her feisty manner. How sad! He halted, turned around and made one final appearance at the window, smiling with his golden canines glinting in the sun.

Have a safe trip.