We headed towards Denver with snowy peaks and ski lifts glistening in our eyes. A day or two on the slopes was a special treat we’d been saving for, and it wasn’t until a couple of days before we arrived that we finally came to terms with the fact that it wasn’t going to happen as there just weren’t enough runs open to make it worth it yet. The silver lining was that we were instead able to spend that time enjoying old friends, getting to know Denver, drinking way too much beer, and soaking up an unexpected November sun that brought 70 degree days with it. One beautiful afternoon the crew from Emporia even hit the disk golf course in t-shirts. Denver’s mild climate was a surprise to us, but according to denver.org, the city sees over 300 days of sunshine each year, more, they point out, than Miami or San Diego. Perhaps our misunderstanding came from the fact that until the week of Thanksgiving, our interaction with Denver had been only in passing, typically on our way to the mountains west of the city. This time though, in addition to staying with friends in Thornton and Westminster, we also ventured into downtown and visited nearby Golden.

Lower Downtown (LoDo) Denver and the Stadium District were lively, young, and accessible. They felt down to Earth, not done up or showy (though I’m sure those places exist too), and we had two fabulous dining experiences there. The first was breakfast at Snooze at Larimer Street and Park Avenue West. Seemingly on its own on a quiet corner two blocks east of Coors Field, the sidewalk was filled with customers, standing in small, happy groups and sipping on complimentary coffee while they waited for tables to open up. Inside, the restaurant was futuristic 50s, modern vintage, even Jetsons-esque, with lots of natural light, great service, and an intangible positive energy perfect for starting off your day. The food was fantastic, a fresh take on breakfast favorites. We were, for example, head over heels for the Spuds Deluxe, which in simple terms were the best damn hashbrowns we’ve ever had.  And certainly we can’t talk about the menu without mentioning the luxury pancakes which come in size enormous and in an indeterminate number of specialty flavors.

After such an impressive breakfast, it must be with great luck that we are able to speak equally highly of another nearby establishment, Freshcraft, where we were treated to a delicious dinner a few nights later. Freshcraft offers an extensive beer menu with 20 taps and over 100 bottled varieties. Thank goodness for the patience of our server as it easily took us 30 minutes for four of us to order a first round. The menu, as Freshcraft describes on their website, offers “an innovative take on comfort foods with a few unique twists thrown in.” Pretzel bites and fried pickles were an excellent sneak peak of an incredible meal to come, and the Ale and Cheese Soup and C.C. Crimini Tacos were off the charts. This version of comfort foods was light and fulfilling rather than heavy and greasy. Freshcraft also introduced our group to Spudpuppies, a genius snack created by deep frying mashed potato balls. Do not skip these! 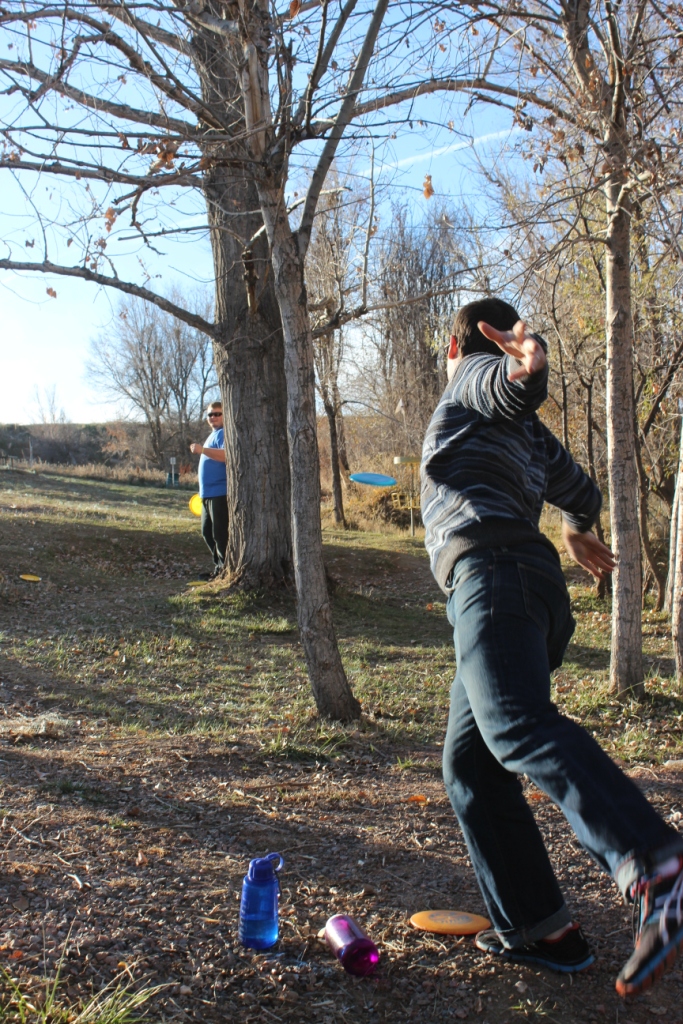 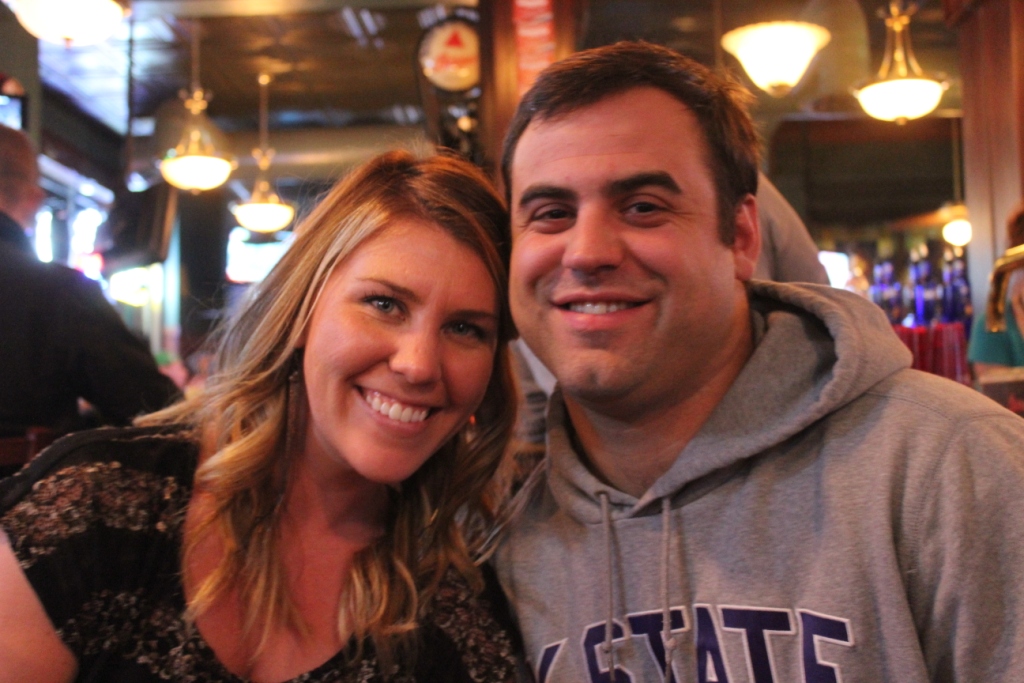 Keri and Scott after an unfortunate K-State loss. 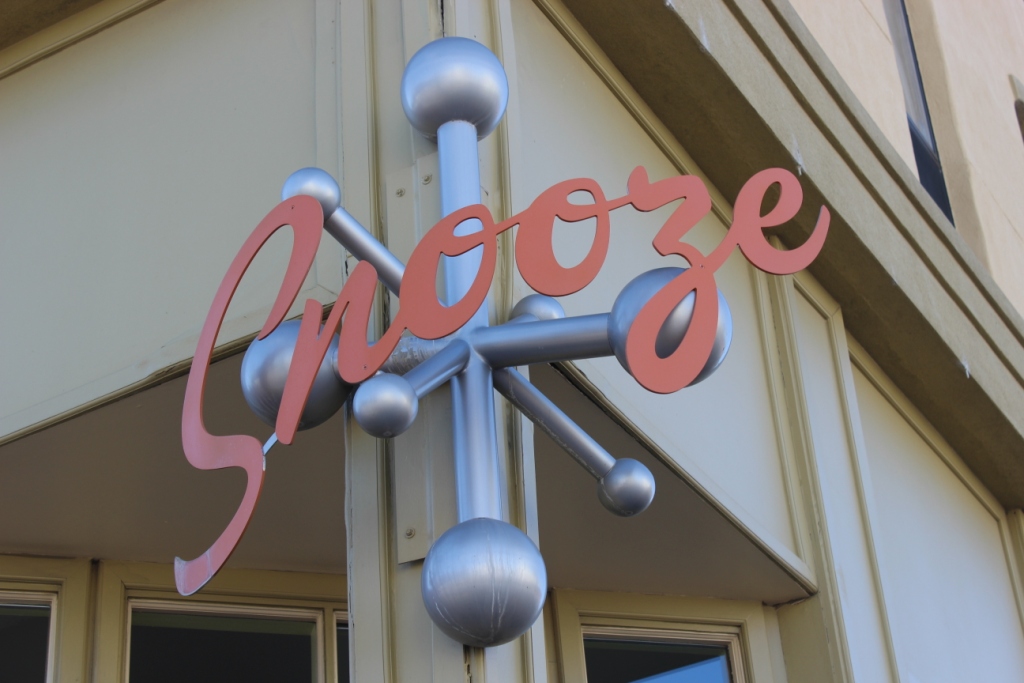 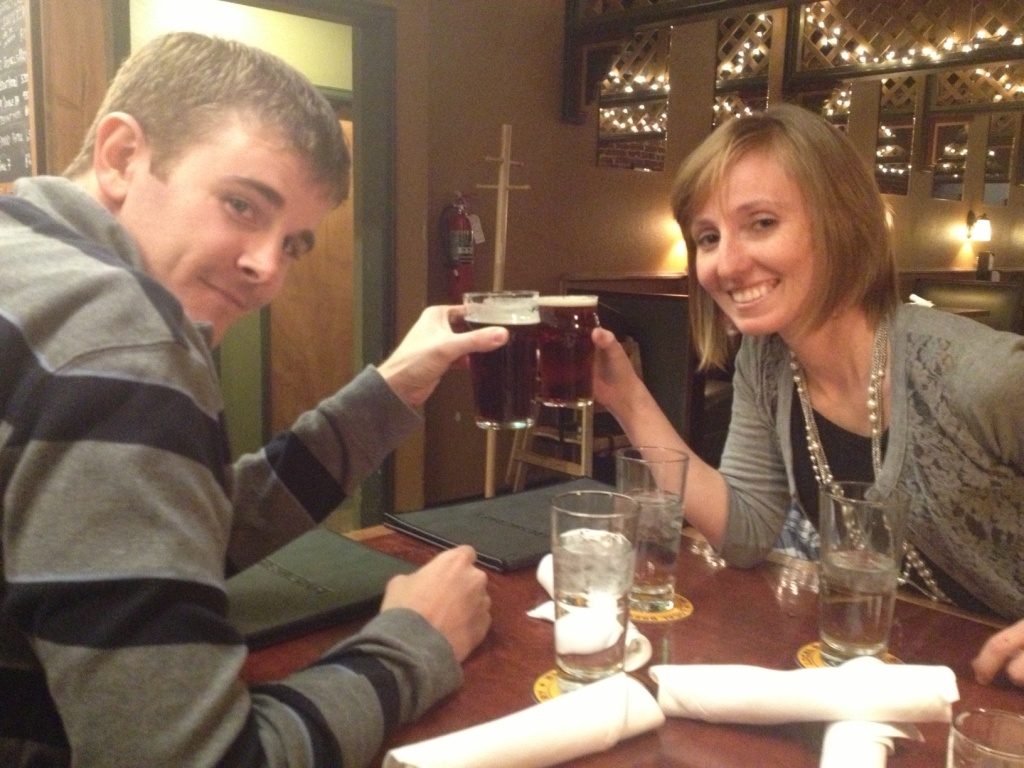 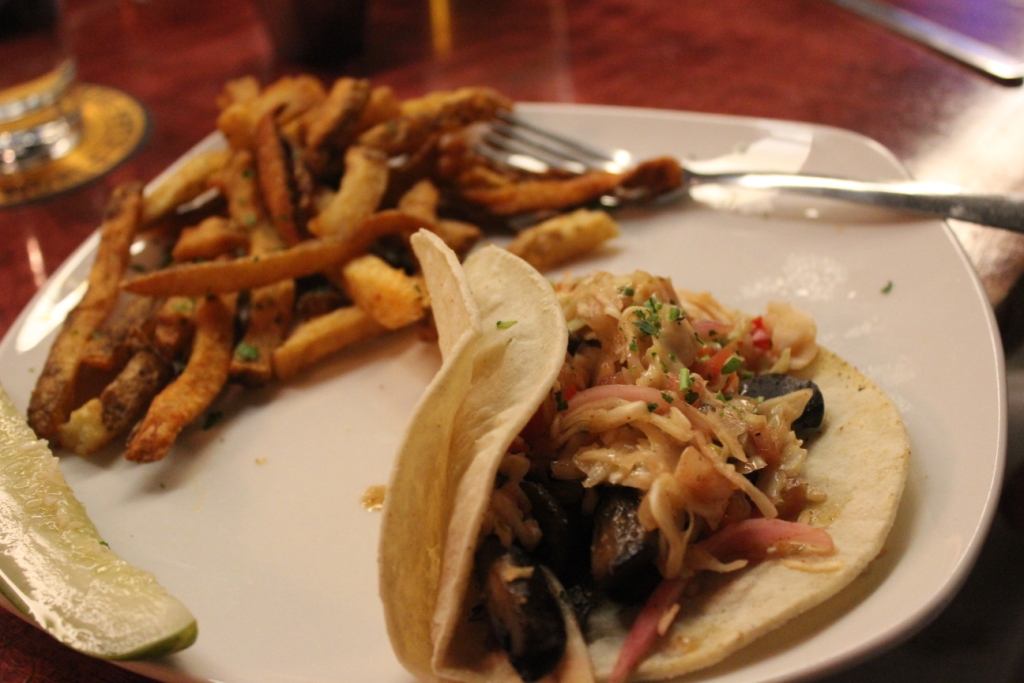 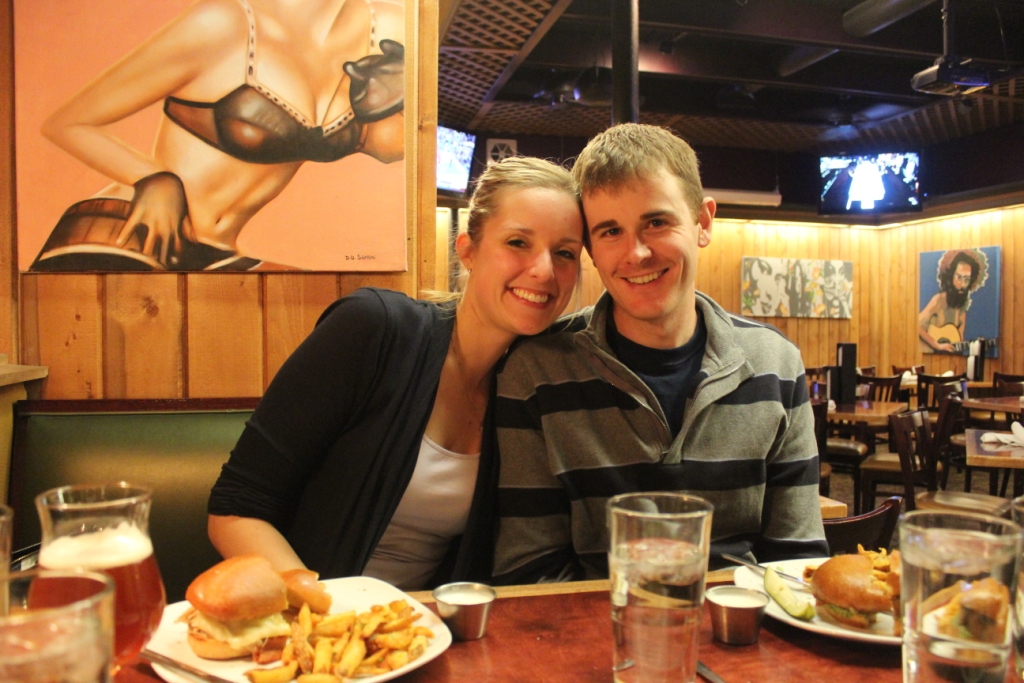 The Sullivans (and a lady friend) at Freshcraft