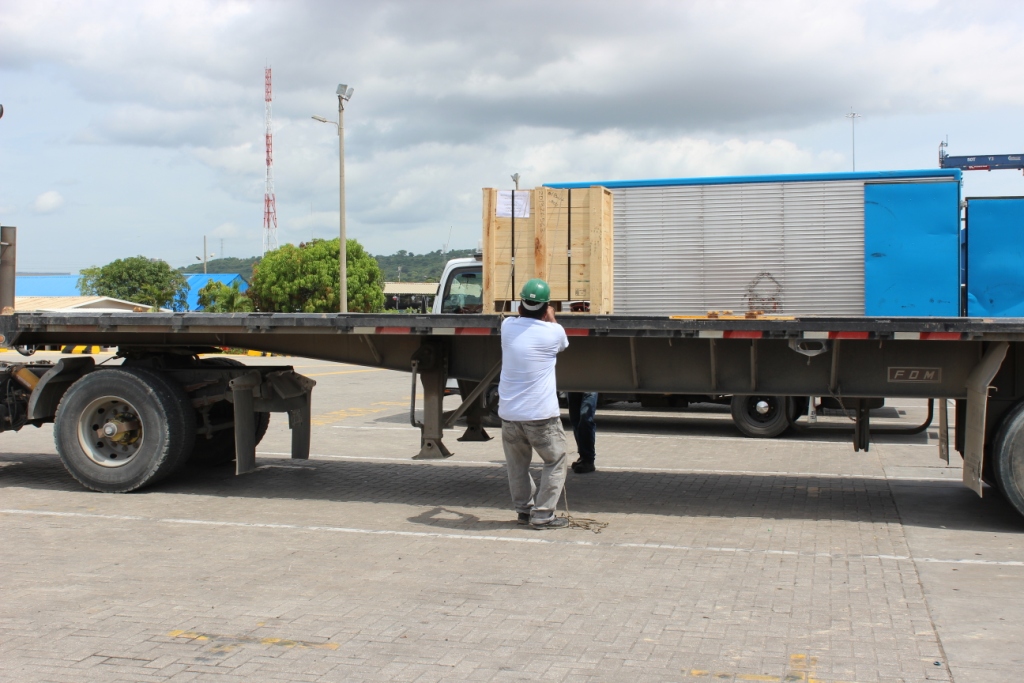 If I had to choose a picture to sum up our experience, this would be it. Yes, they drove that truck out of the port without adding any more cargo.

So you’ve shipped your car from Panama, made it into Cartagena yourself, and now are ready to go about getting your car out of its container and out of the port (for all of our articles in the Darien Gap series, click here). Somewhat detailed maps of the places you will need to go to claim your vehicle are located below the text of this article.

Depending on what company you end up actually shipping your vehicle with, there are between four and six distinct entities involved in unloading your car in Colombia. Yourself, the shipping company, the port company, and customs are the minimum – you may also deal with a shipping agency (which may itself be a subcontractor of your shipping company or an unrelated company) and a port operations subcontractor if your shipping company doesn’t handle these things in-house. We used Evergreen as a shipping company, meaning we also had to deal with a Panama side shipping agency (Everlogistics), an Colombia side shipping agency (Global Shipping Agencies), and a Colombia side port operations company (Global Services OTM). My best pieces of advice are to keep all documents with you at all times (and don’t lose any!), assume most steps will have a speedbump or three, over-preparing is better than under-preparing (I have read this post from Life Remotely literally twenty times), and try to have a sense of humor about the whole thing.

Here’s How It Should Have Happened

If things really made any sense, here is how the process would go:

Here’s How It Could Have Happened

Based on how things actually work, what follows is the theoretical process that you will need to go through.

But Here’s What Really Happened

We came into this process assuming it would take two days, as that is what most literature on the web indicated was normal. We had decided not to hire an agent to walk us through the process, and in retrospect I don’t how this would have saved us any time, though it may have made things mentally much easier. A small part of us held out hope that if we got a little bit lucky we could knock it out in one long day, especially after we were able to complete the first step on the day we got in, as we were in the neighborhood of the port while getting an importation permit for the dogs. What happened instead was: 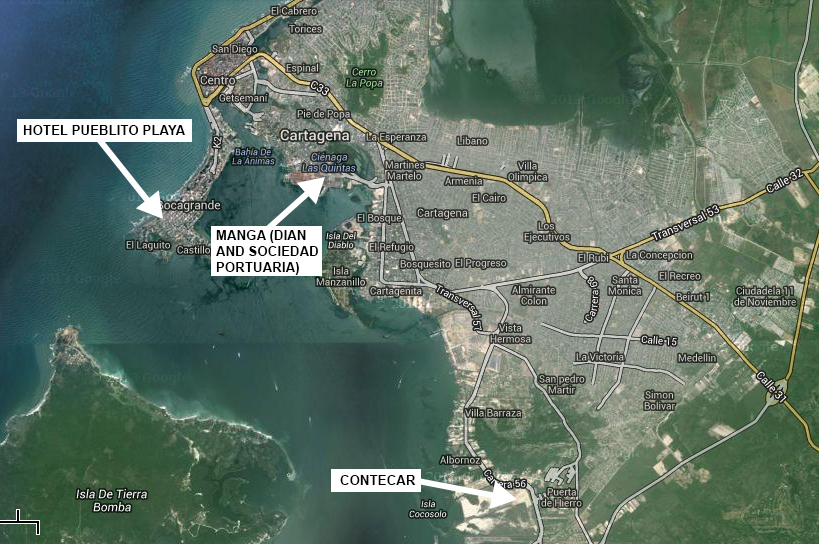 Map of the areas you may need to go in Cartagena 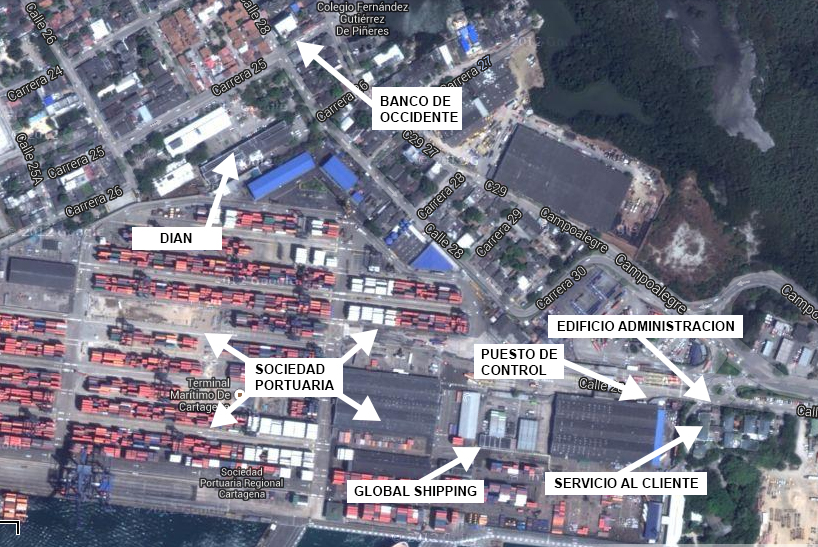 Map of Manga, the neighborhood home to Sociedad Portuaria and DIAN 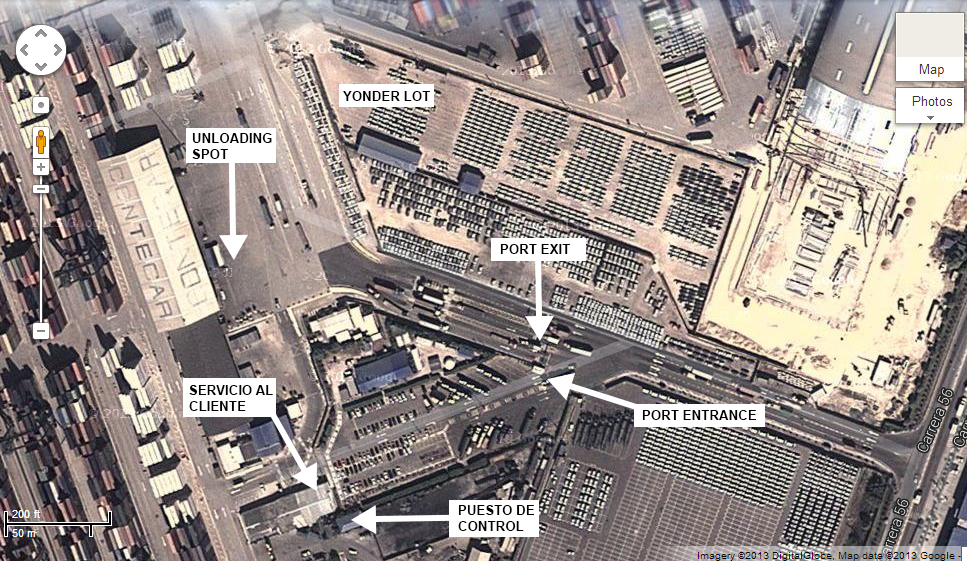