The Darien Gap: An Introduction

We’ve been talking about the Darien Gap with increasing frequency over the last month or two. It has existed vaguely in our awareness for a couple of years, but we intentionally delayed any real focus on it so as to avoid unnecessary stress. That luxury has slowly slipped away now as we’ve driven closer and closer to the end of the road until, for the last couple of weeks, we are spending our energies on little else. What exactly is this dreaded Darien Gap? Here’s the scoop…

The Darien Gap is:

To clarify, we are not adrenaline junkies and have never, at any point, ever, considered trying to be one of the adventurous (read: maniacal) few who decide to traverse the gap on foot or by small boat, a journey that takes many months in the rare case that the traveler lives through it. It would seem that we give off that vibe though as many, many people that we’ve met throughout Central America have been sure to do their part in ensuring that if we did ever even begin to think of such an outrageous possibility, we would swiftly be reminded of their horror stories and return to the sanity of our current approach.

So what does that mean for us then? It means driving our car into a giant container, shipping that container by boat to Colombia, flying ourselves to Colombia, sending our dogs by airline cargo to Colombia, and then trying to get all of the pieces back together on the other side. It means three thousand dollars, visits to multiple government offices, steps in various cities throughout two countries, forms and more forms and additional forms and copies of forms, hiring an agent, trips to the veterinarian, stressed pets, two to three days at a Colombian port, living out of a shared carry-on, lots of practice of our Spanish language skills, and exhaustingly odd working hours. Most importantly, it means the biggest logistical challenge of our journey.

But we’re ready, and we’re tackling it as a team. Stay tuned to see if we make it there. 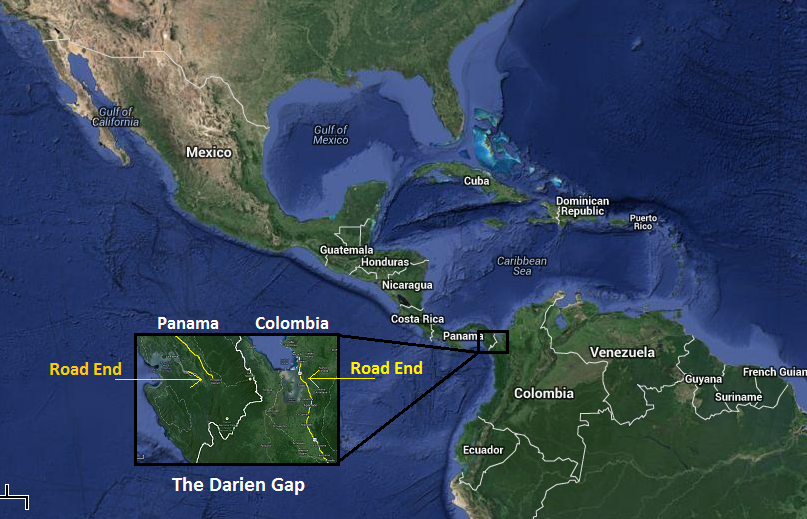