The Breakdown: An “Alternate” Plan 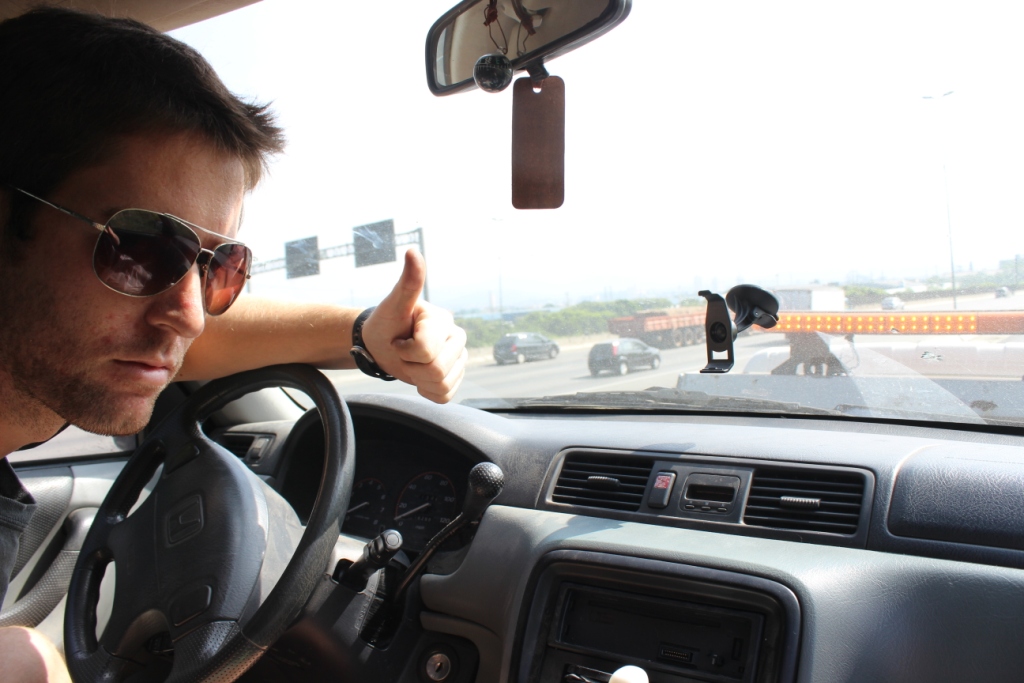 Welp, it finally happened for the first time. The CR-Van broke down.

We hopped in the car to leave São Paulo on a sunny Saturday morning, excited to hit the sexy beaches of Rio de Janeiro by that afternoon. After a few loopty-loops and a few curses lobbed at the GPS for her poor performance, we were out of the centro and cruising northeast on the major highway that would take us all the way to Rio. The first indication that there was a problem came from the dashboard. No, not the check engine light – that one is always on. The needles on all the instrument meters started dropping to zero before jumping back up to normal. Uh-oh. Something electrical. Sure enough the red battery light had come up. I looked down and realized that there was no power reaching the CD player. Next, when I tried to give it a little gas, the vehicle just sputtered instead, actually reducing power to the engine. Ruh-roh. We decided to pull into the next gas station beside the highway. We never made it, though. Instead, the car just shut off in the middle of six lanes of highway traffic.

We managed to make it to the shoulder. I popped the hood and stuck my head in to see what I could see. This is mostly for show – besides checking fluids levels, battery connections, and basically making sure the damn thing isn’t on fire I’m pretty much worthless under a car hood. Based on what we knew, however, and the lack of any problems with our battery before this day, I did have a sneaking suspicion the alternator was the culprit. That “ah damnit my car is dead and my day is ruined” feeling that happens every few years made its presence strongly known. Still, we held onto hope that it would be a quick fix, and we would be on the road within a couple hours. The next order of business was to get a tow, something that fate made quite simple for us, as within no more than five minutes of stopping a truck pulled over in front of us, quoted us a price, and loaded us up to find an open shop. 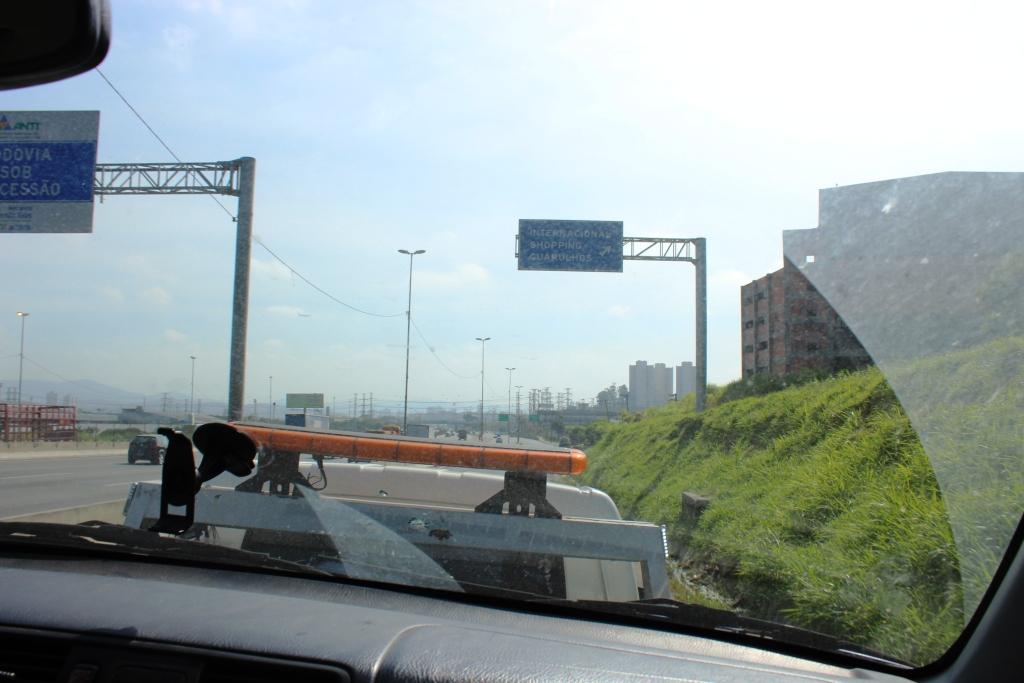 The view from the penthouse.

After passing by a couple closed mechanics and driving through bumper-to-bumper urban traffic for what felt like hours (though I imagine was probably no more than twenty or thirty minutes), we were dropped at a small corner shop, where we met Cesar. I explained to him exactly what happened, and he took a look. After some more discussion and an experiment involving a portable battery charger and a multimeter he said “alternador.” He let us know he needed the engine to cool a bit before he could dive any deeper. With not much else to do, we just kind of stood on the sidewalk and waited. Perhaps twenty minutes later we met Edilson Mendes, the proprietor of this particular establishment. He jumped right in to explain the situation in flawless English (Eddie lived in Atlanta for fourteen years and worked in New Orleans after Katrina). The good news was as far as they could tell the only issue was the alternator. Pretty simple fix. The bad news? Probably not going to find a replacement until Monday, as parts for ’98 Honda CR-Vs aren’t exactly in high supply in Brazil. Ouch. Our hearts dropped a bit. The beaches had been beckoning us, and now we were going to have to wait TWO WHOLE DAYS longer (we later realized that feeling like we were going through some kind of hardship makes us spoiled rotten brats). Eddie made some calls and did some internet searching and confirmed that we would have to wait until Monday. Call him at lunchtime, he said. Dejected, we tried to brainstorm exactly what we should do in the meantime. For most people in our situation it would simply be a matter of finding the nearest hotel up to standard. Those two thirty-three pound mongrels in the backseat, however, mean lodging is much harder to find for us.

Our first thought was to look for a hotel or AirBNB rental within walking distance that would accept the dogs. Eddie let us use his computer in the back to start our search. A first pass indicated that hotels were a no-go. AirBNB wasn’t of any more help. Prices in Brazil have been severely raised in anticipation of the flood of tourists coming in for the World Cup next month. We couldn’t even find a private room for less than a couple hundred dollars per night. Yikes. We struggled to generate alternate ideas. We could try to find a cab that would let the dogs in and see if our place in the centro was available for a couple more nights. Was there anywhere to camp nearby? Maybe we could just pop a tent in the shop? Dejected frustration had started to set in when Cesar offered to put us in touch with his wife Raquel, who speaks great English and could help us find a place. Within half an hour she was at the shop, calling hotels and dog boarding places for us. Amazing! Unfortunately, none of those panned out. The closest we got was one hotel that only allows dogs under 5 kilos. Grrrrrrrrrr.

Eventually she decided to pile us into her car and just drive us to the only hotel close by, The Flex Inn. After being tersely reprimanded by the receptionist for talking too loud while she was on the phone, Raquel explained the situation and after some thought/questions about how often our dogs bark/explaining that we could only take them directly out and directly back in again a couple times per day (no loitering!), the receptionist said we could stay. Woohoo! A million thank yous don’t even begin to cover how grateful we are to Raquel and her assistance. We drove back to the shop and grabbed the dogs, their kennel, and an overnight bag. Brianna rode with Raquel, and I walked the dogs back to check ourselves into the Flex Inn, six odd hours after our car originally broke down. 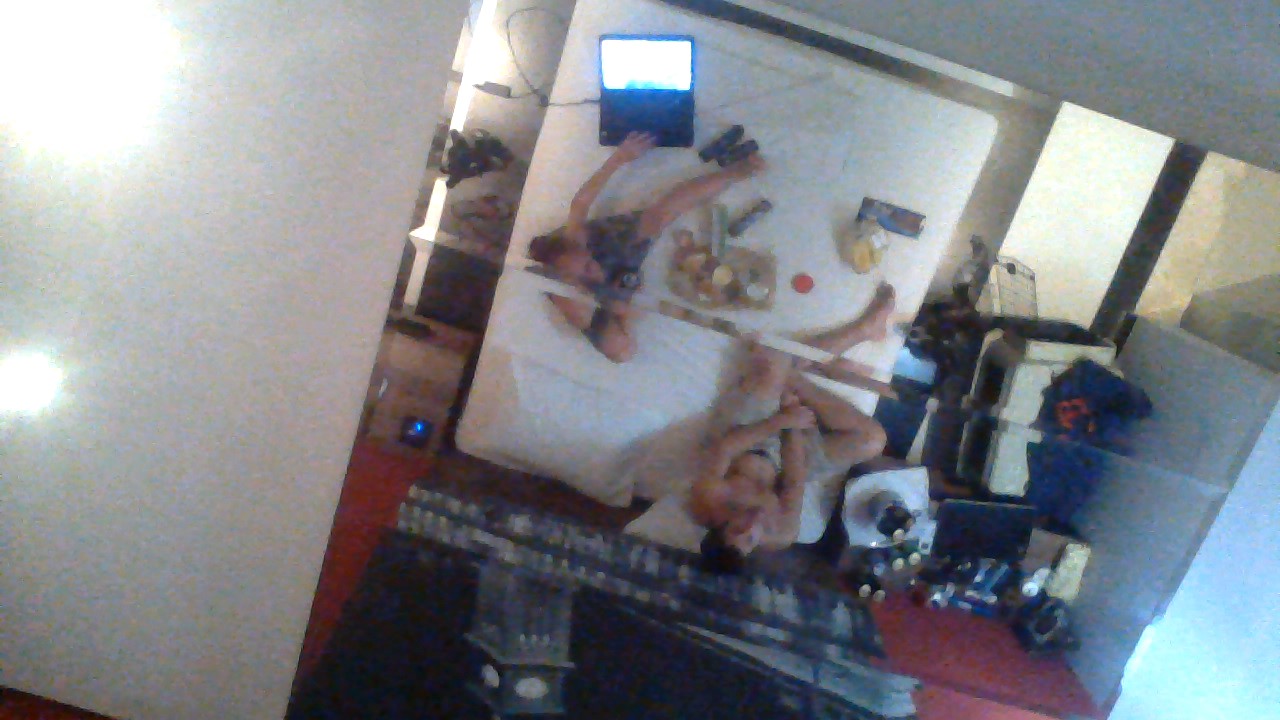 Mirrors on the ceiling, champagne beer on ice.

So the Flex Inn is basically the Sex Inn. Don’t get me wrong, it was a nice place. Hundred bucks a night. Clean. Classy. Serviceable Wi-Fi. But let’s just say the higher end rooms have built in “dancer” poles.

Dropping everything, we felt a bit of a weight lift off our shoulders. After all, there was nothing to be done until Monday. The rest of Saturday we spent doing absolutely nothing, watching TV for the first time in a long time, and drinking beer. Sunday we spent working, hoping to get ahead so we could have as much beach time as possible in the coming week. Monday morning was more of the same. At 11:00 AM I walked back to the shop (after we realized we didn’t have his phone number – oops). He explained to me the most recent development. He found a compatible alternator, but it was slightly different than ours and wouldn’t fit as is, so he had a guy putting the core of the new one into the old shell from our original one. Wouldn’t be ready until 2:30 or 3:00. Just before 3:00 I called him and he said he was still waiting but he should have it soon. I told him we had to be out of the hotel by 3:30 if we weren’t going to stay another night and asked if he thought this would actually get done today. Yeah yeah, no problem. So we buckled down, worked a few more hours, and felt the knot of nervousness grow within us. 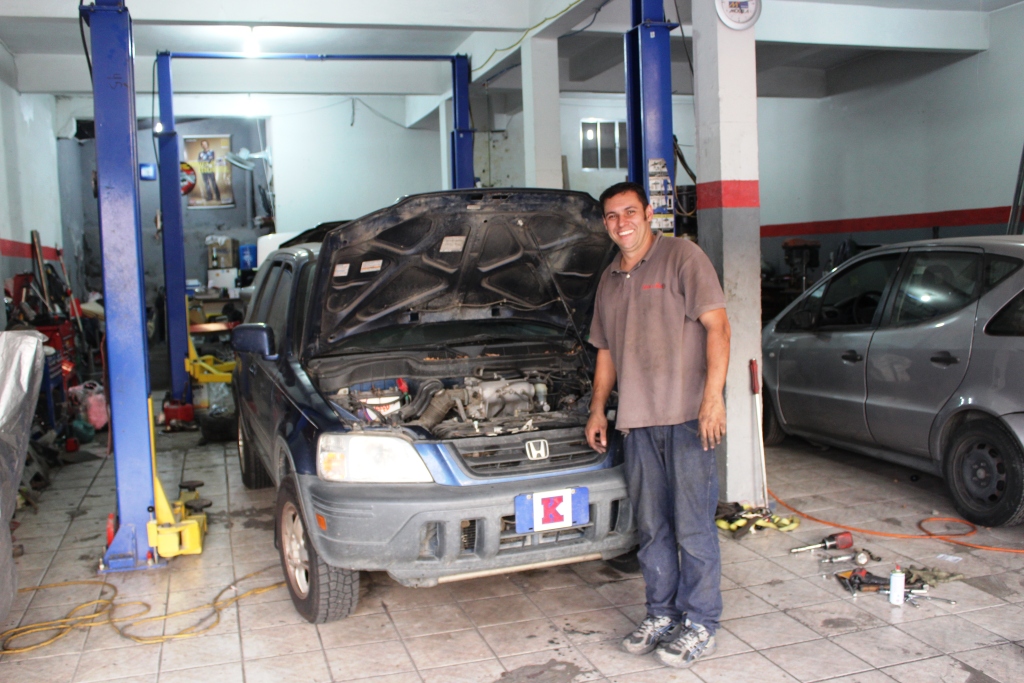 Eddie stands by his fine handiwork.

At 3:00 I helped Brianna move our things to the lobby, then made the walk back to the shop with the dogs. No sooner had I put them into the back seat of our elevated vehicle than Eddie rode into the shop with the alternator in hand. With nothing to do but sit and wait, I pulled a stool up to the edge of the shop, sat, and waited. Within about an hour he was all done. Alternator replaced, he raised the car all the way up to the ceiling to weld together a connection between our catalytic converter and trailing exhaust system (a rather noisy issue that showed up while driving south through Patagonia). Good work Eddie! Total damage? 800 reals, or about $360. Could have been much worse.

I made one final swoop back to the Flex Inn, picked up Brianna and our stuff, sent our host in Rio a message that we were hitting the road, and we were off, hoping to be at the Rio Sheraton (where our host wanted us to meet) by midnight. Getting out of São Paulo was slow going, as we were fighting rush hour. About an hour out, though, we hit open highway. The rest of the drive was an easy cruise. The only thing we had to do was find some WiFi to see if our host had responded that he would be able to meet us. We stopped at Graal* for some dinner (no WiFi), then at another Graal (no WiFi), and finally at another highway stop called Ola (success! Jake said just call him when we get there, didn’t matter what time). A couple hours later we were staring at Christ the Redeemer welcoming us to his city with open arms.

*Note: Graal is amazing. Think truck stop meets Sheetz/Wawa/QuickTrip on steroids, with a by-the-kilo buffet or salad bar and all kinds of beverages and a bakery and snacks and souvenirs. You get an electronic card when you walk in, charges get added to your card at each station you get something from, and you pay at the exit. Phenomenal.

If you are ever in São Paulo and need a mechanic, Eddie comes highly recommended. You can reach the shop at (11) 2337-3721 or by email at centroautomotivo_21 at hotmail dot com.

You can follow any responses to this entry through the RSS 2.0 Both comments and pings are currently closed.