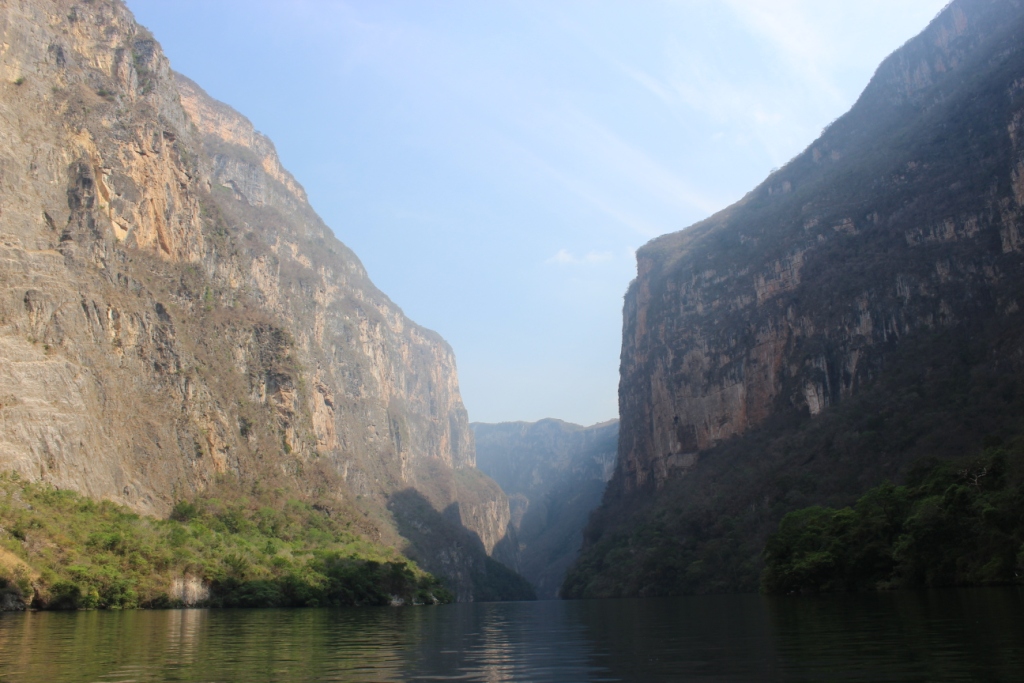 Just north of Tuxtla Gutierrez, the capital of Chiapas, lies Sumidero Canyon National Park. The namesake and main highlight is, naturally, Sumidero Canyon. Formed by the Grijalva River over the past 35 millions years, the narrow canyon’s vertical walls reach up to 1 kilometer high.

While there are several sweeping vistas from the canyon’s rim, the best way to experience the pure majesty of Sumidero is a boat tour. Most of these leave from the riverside downstream in the ancient town of Chiapa de Corzo*, a ninety minute drive from San Cristobal de las Casas. There are countless places in San Cristobal that offer day trips including round-trip transportation, or you can always hop a colectivo. For you drivers out there, hit up Google Maps to get you to town and then ask for directions to la plaza central, which is just two blocks off the water and a good place to park. 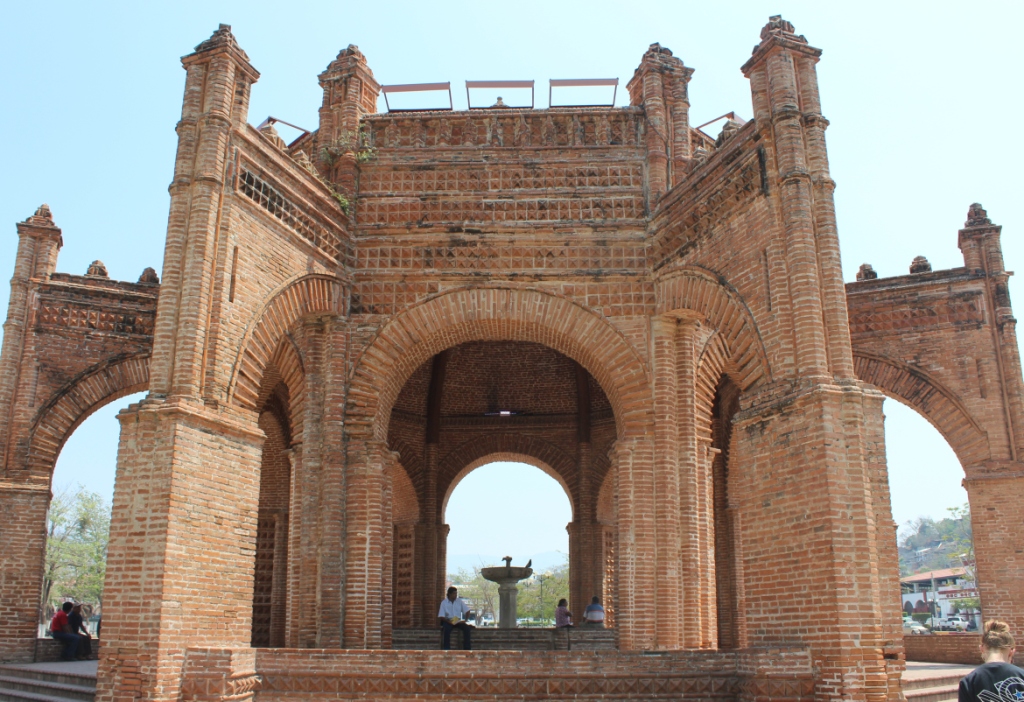 *Seriously, this place is old. Thought to be continuously inhabitied since 1400 BCE, Chiapa de Corzo was the first European town in Chiapas. The current rendition was founded in 1528 underneath a tree named La Pochota, which happens to still be standing in the main plaza right next to a fountain called La Pila that was completed in 1562.

Tickets are 160 pesos per person, the tour itself lasts around two and a half hours, and your boat will leave when it is full (capacity on ours was fifteen). After a mystic fog-filled drive from the mountains, we arrived around 9:00AM and were on the water around half an hour later. Rumor has it afternoons are slower, not to mention hot, so if you can make it in the morning you’d probably be better for it. The first several miles were a speedy cruise through flat rural lands and interesting in their own right, but the real spectacle began shortly after passing underneath a bridge spanning the river. The captain stopped at various points along the way to point out waterfalls tumbling down the canyonside, interesting geological formations (including a stalactite that looks like a seahorse and a formation called El Arbol de Navidad – the Christmas Tree — see if you can pick them out below), and the canyon’s highest and steepest points. The number of birds we saw was almost absurd; herons, egrets, cormorants, hawks, ducks, vultures, and more could be seen literally every few feet. On top of that the canyon is supposedly home to several hundred American crocodiles and oh my god holy shit there’s one right there the captain is taking us over there get the camera (Brie spotted another one a few minutes later that no one else seemed to notice).

Sure, it’s a bit touristy, a bit expensive compared to a lot of activities in Chiapas, and can end up taking an entire day, but if you are in Chiapas…well, let’s just let the pictures do the talking. 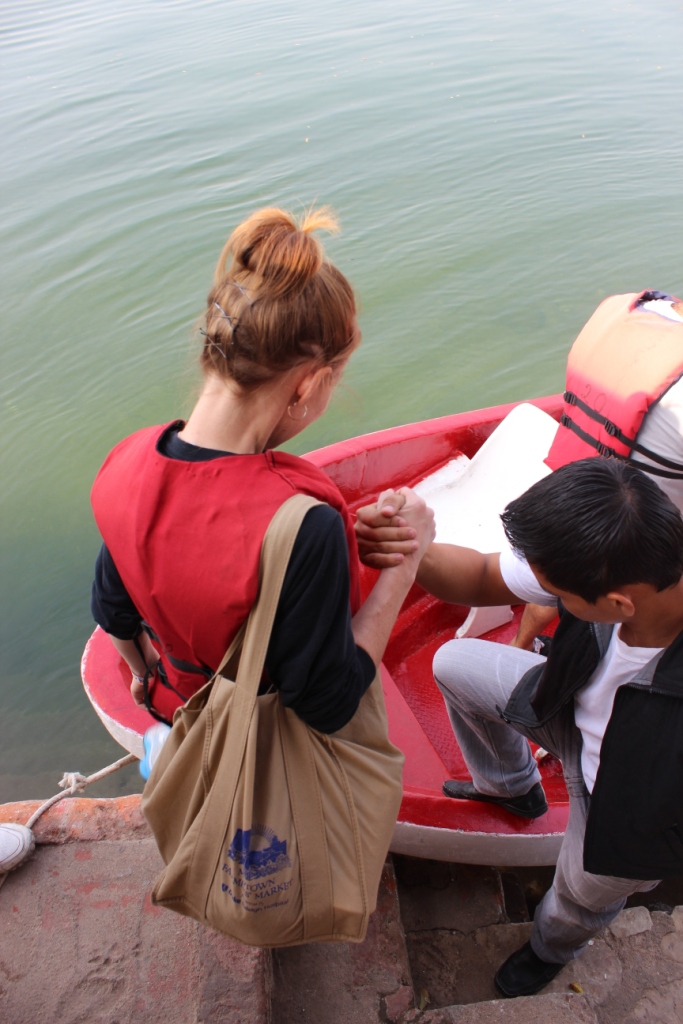 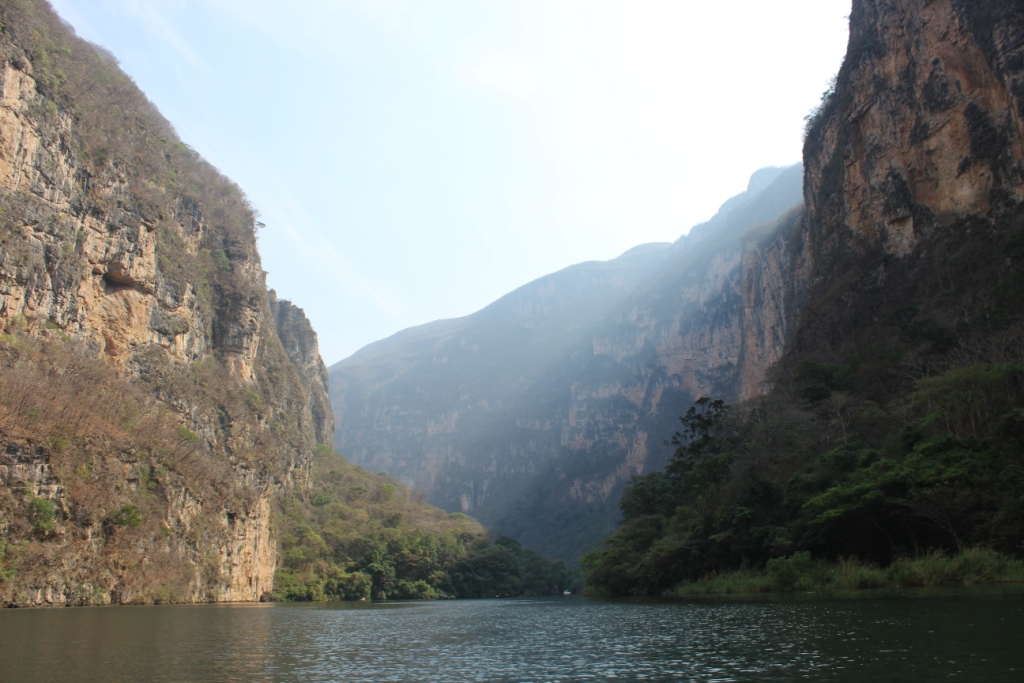 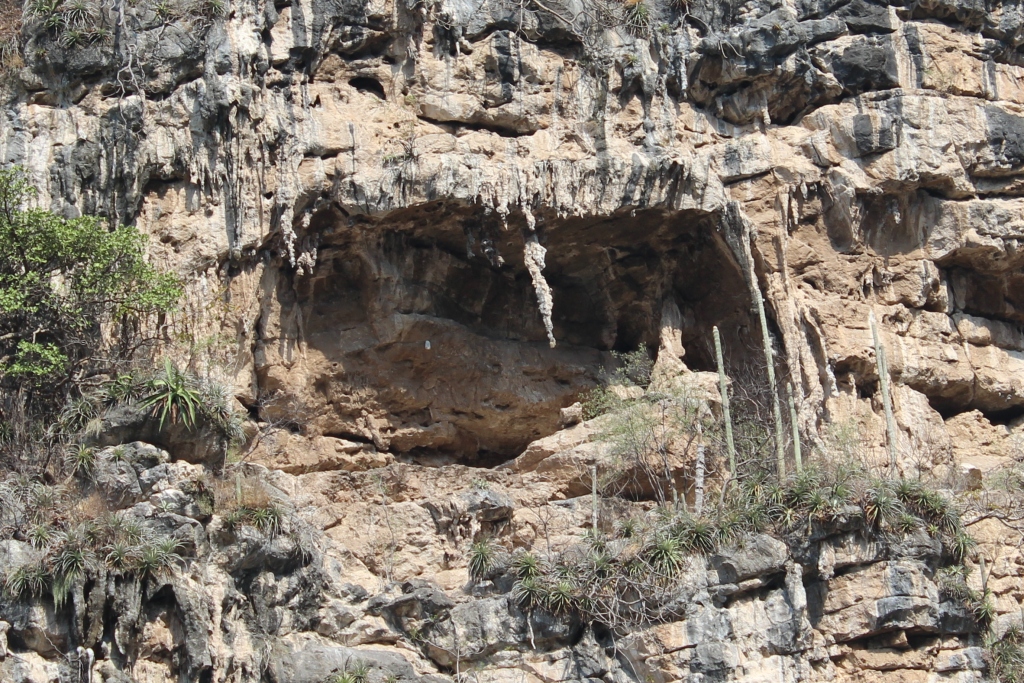 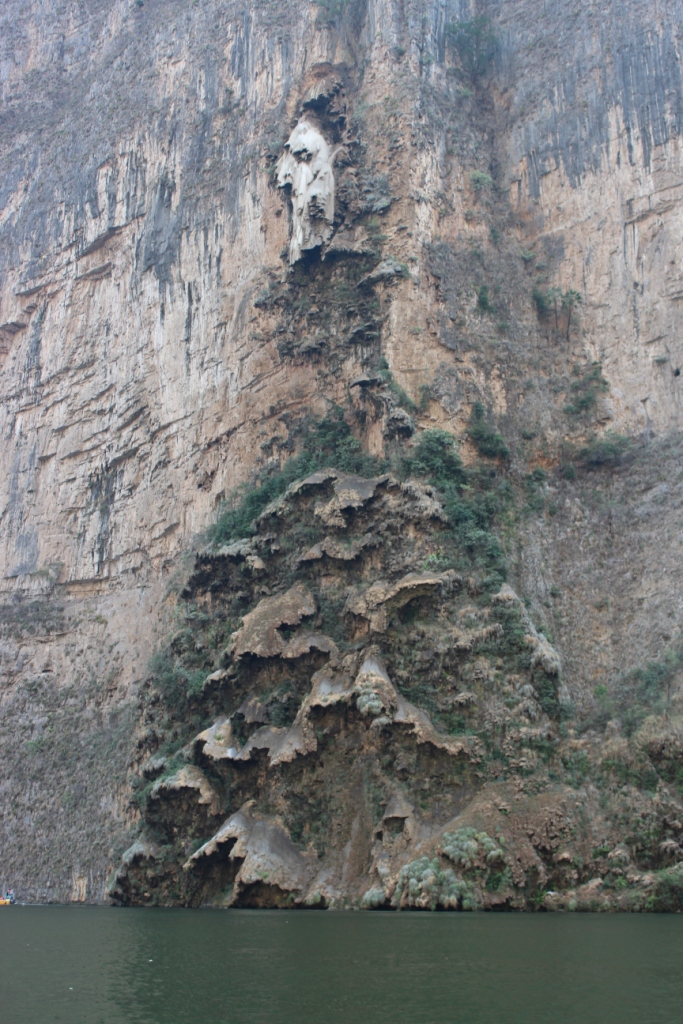 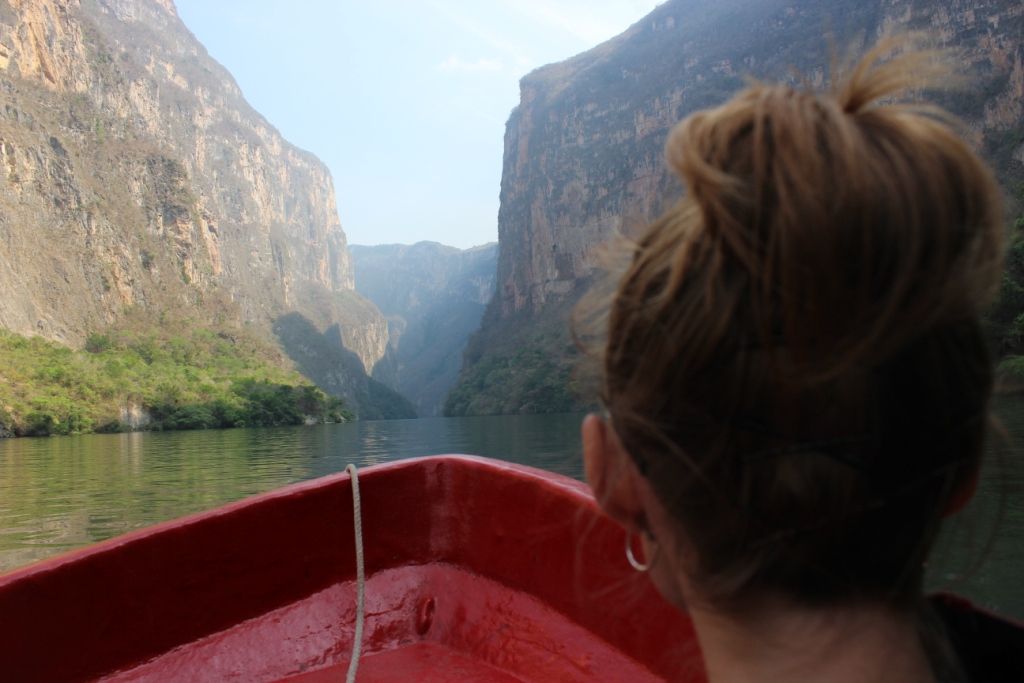 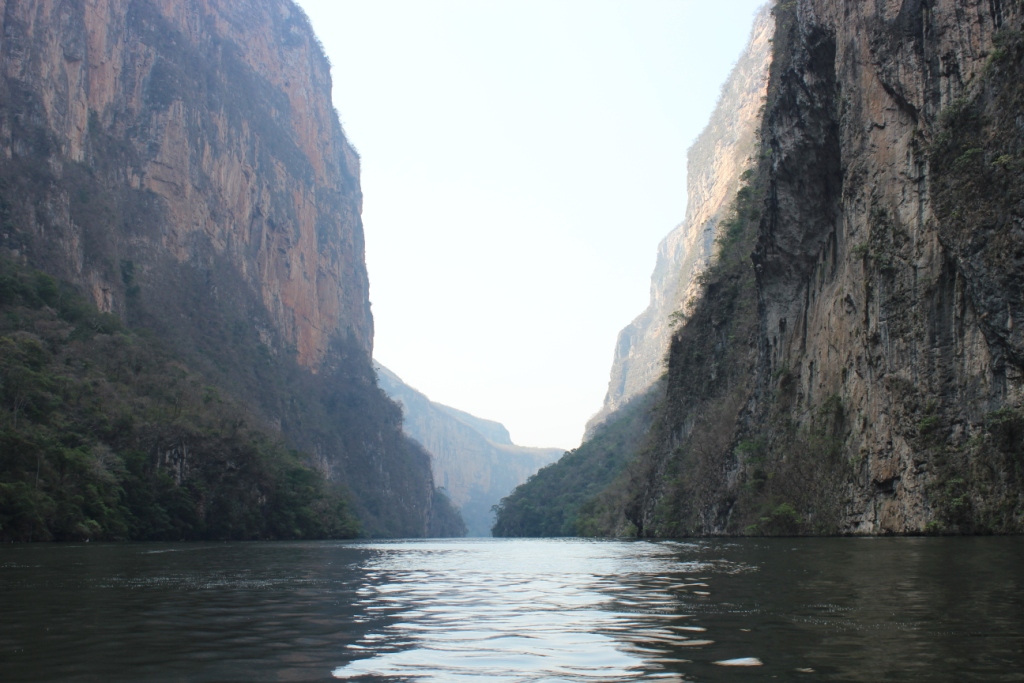 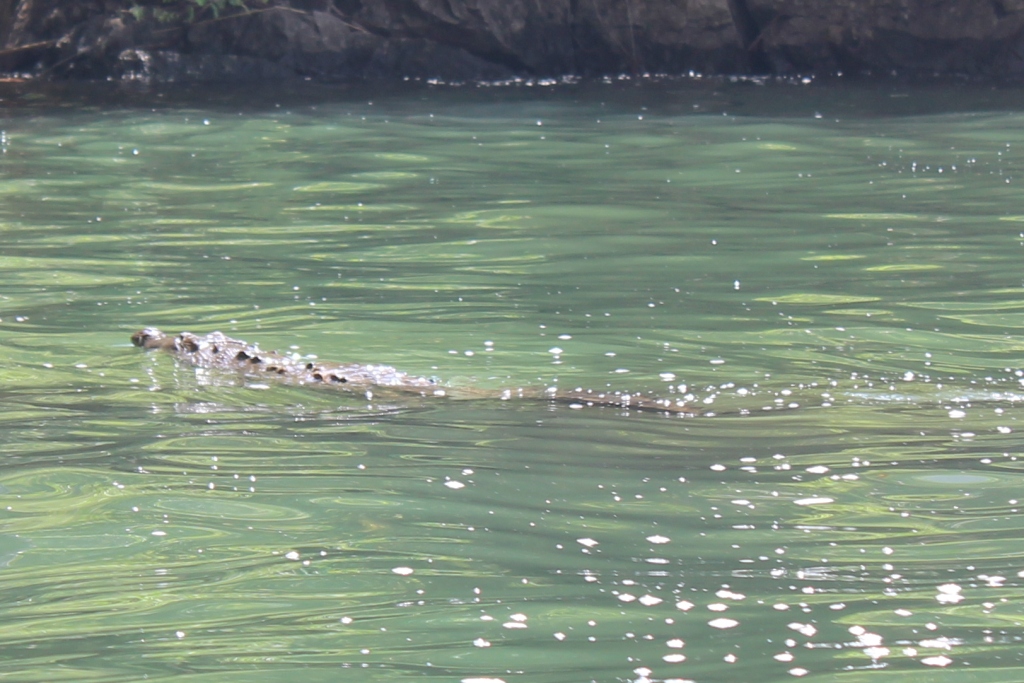 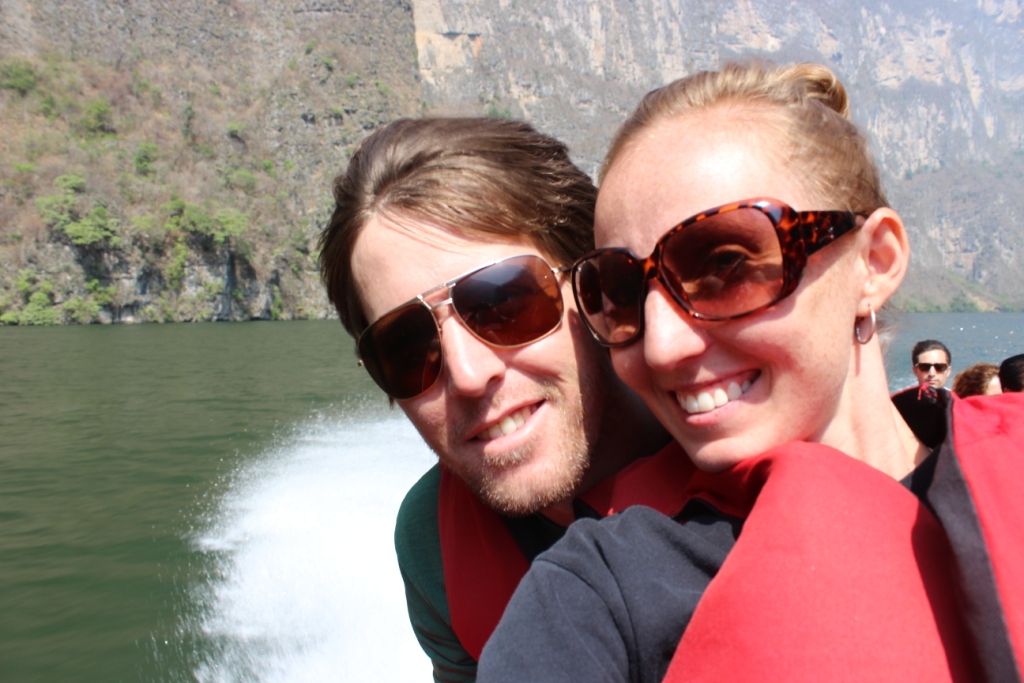 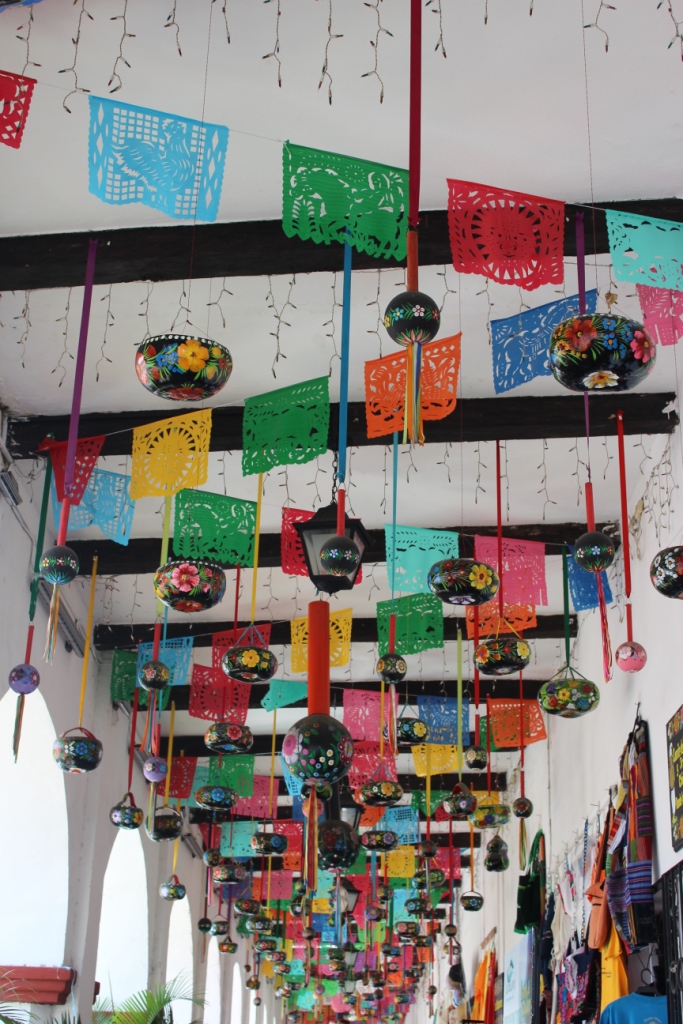