One of the notable highlights of Montreal is the abundance and variety of street art.  It is both planned and spontaneous, masterpiece and graffiti.  During an overcast week with temperatures in the 50s, the captivating images – some provocative, some sweet – transformed an otherwise mundane collection of streets and sidewalks into a vibrant cityscape, illuminating the architecture, history, shops, restaurants, and constant traffic of Canadians in skinny jeans and scarves that, though fascinating and engaging in their own right, might otherwise have been lost in a grid of normalcy.  From a small etching on the sidewalk to a full scale mural on a brick building, the graphic and richly personal designs seem almost distracting to a visitor.  Montrealers appear far less affected by the imagery, but their acceptance (the city itself approved its local version of Banksy to continue pursuing work after initially charging him with 51 counts of public mischief) says otherwise and instead implies that they have embraced the colorful form of expression.  A quick Google search returns numerous works worth checking out, but not having done that before we departed, below are my favorites murals from our uncalculated walks from Mile End and the Plateau to Mont Royal, Old Montreal, and Downtown.  An expanded album of eye catchers can be viewed here. 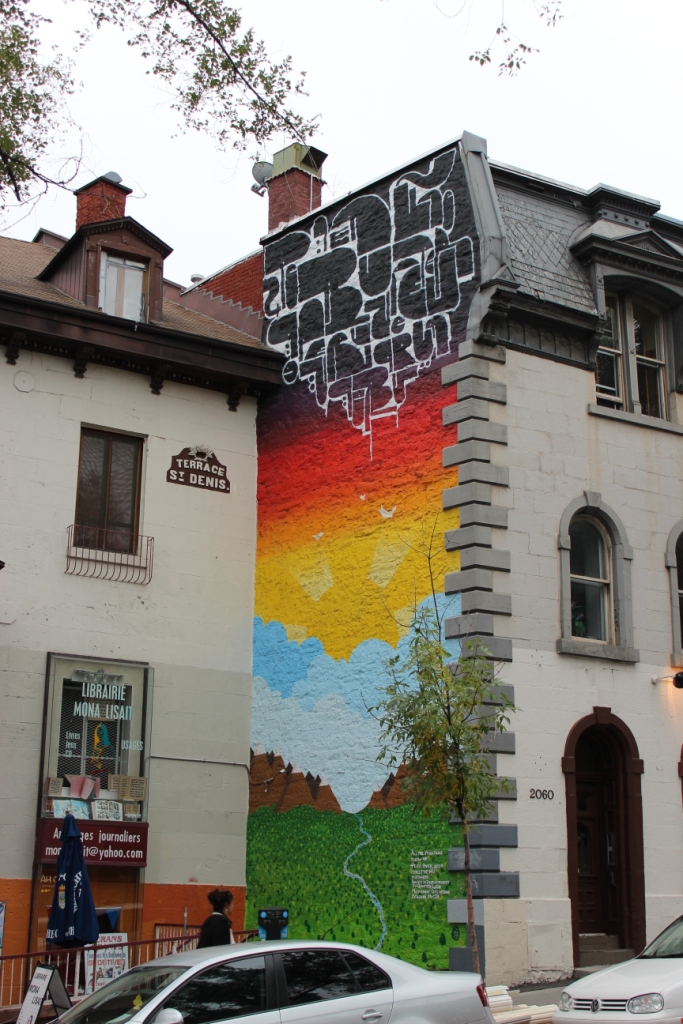 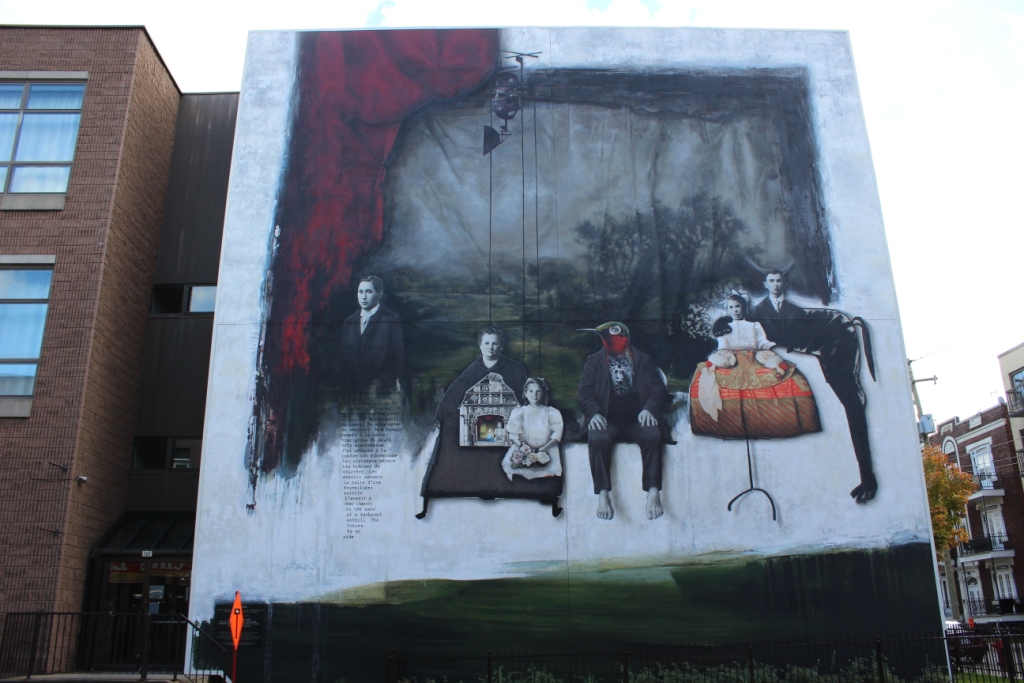 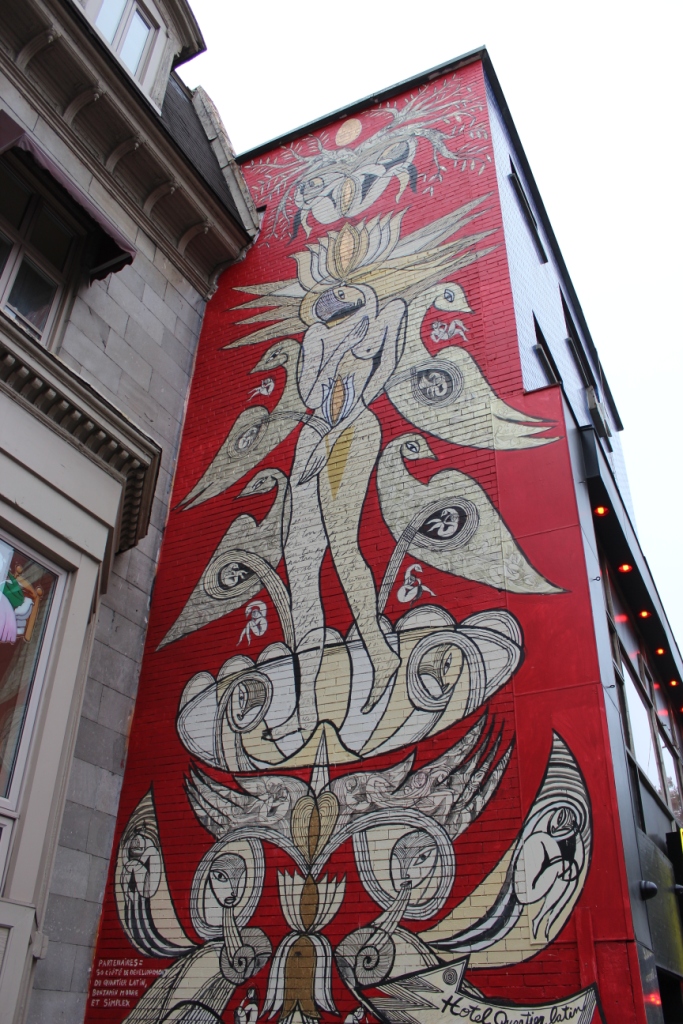 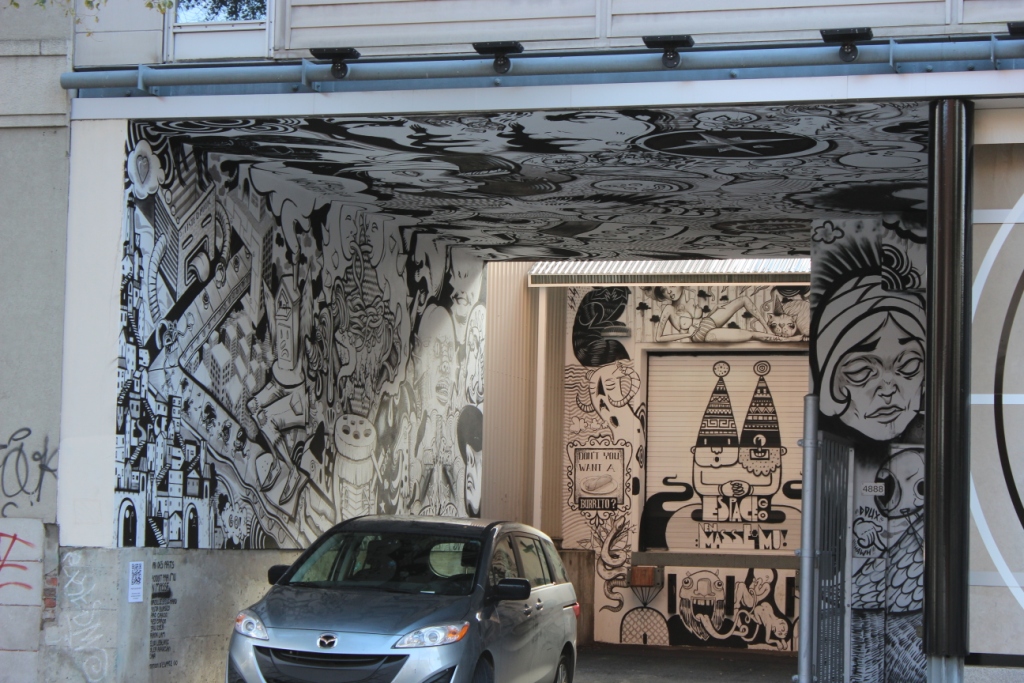 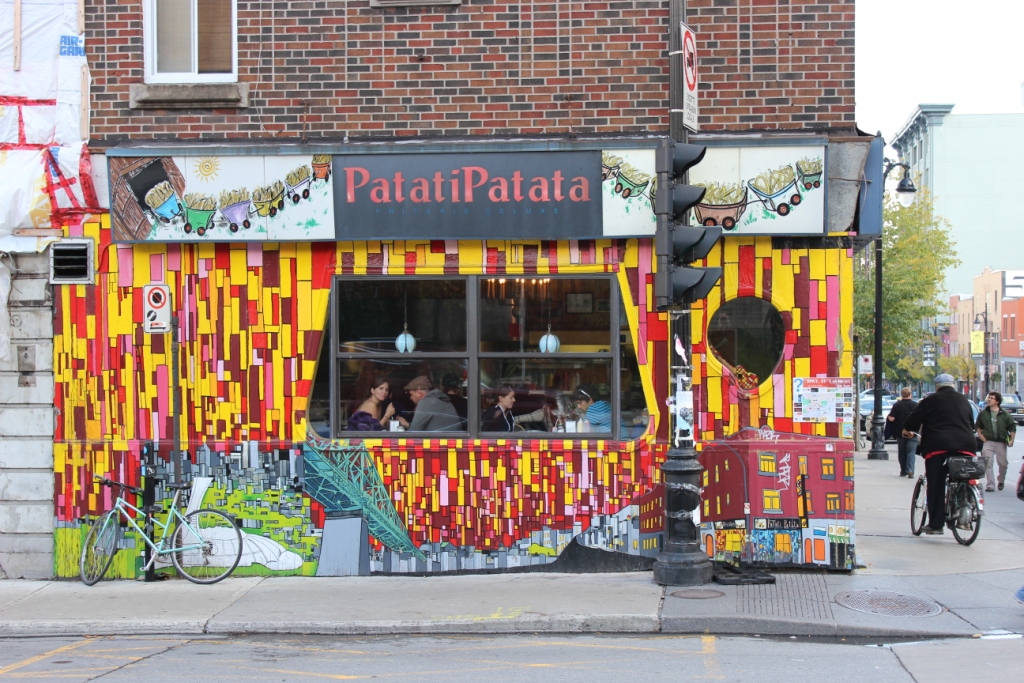 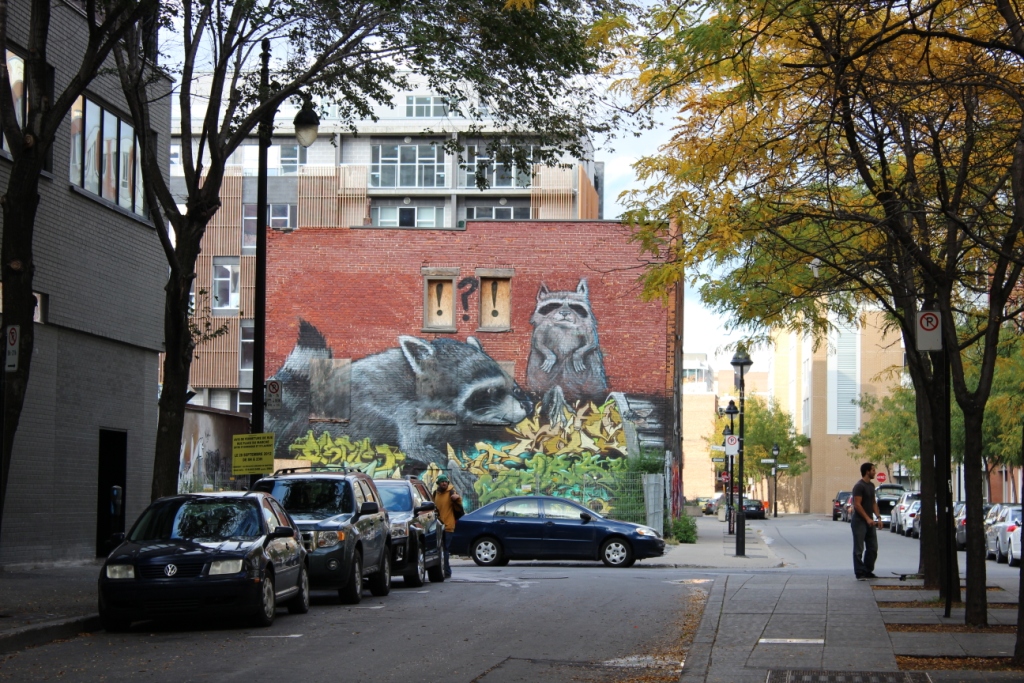