We departed our beloved Buenos Aires early on a Friday morning. 2,000 miles stretched before us and we planned to tackle the long journey south, including two international borders, over the course of four days. For us, this actually meant relatively leisurely drives of 10-12 hours per day, but for many overlanders, that is considered an outrageous pace (this topic could be a full post in itself). Despite the desolate nothingness that lined the roads for the majority of the trek, we quite enjoyed the weekend during which we were able to camp each night, disconnect for a bit, and slip calmly into a February that has treated us pretty well so far. Here’s how it went:

As with our drive from Córdoba to Buenos Aires at the beginning of January, we found the scenery in northern Argentina to be eerily familiar. Corn fields and summer storms and acres of sunflowers filled our day, and I truly think that if I am dropped back into those moments years from now, I will at first assume that I am cruising through Kansas. We pulled into a gas station just north of San Antonio Oeste as afternoon became evening and took our place in a long line. There is no self-service in Argentina, or anywhere south of the US that we’ve visited thus far for that matter, and apparently it isn’t all that rare along Ruta 3 to have only one attendant working half a dozen pumps at any given time. We didn’t mind though; we stood outside the car marveling at the perfect temperatures, watching the Argentines traipse by with mate thermoses in tow (seriously, an astounding number of people carry a thermos and a mug with them everywhere they go in the central part of the country), and jumping in to pull the CR-Van forward every 5 or 10 minutes. Once we were gassed up, we pointed ourselves towards Las Grutas, where we had read there was camping southwest of the town of San Antonio Oeste. Along the way, we ran across a sign for a “camping” (that is the Argentine noun for campground) and set up shop for the night. The small store didn’t have a whole lot in the way of prep-able food for unprepared minimalist campers like ourselves, but we were able to scrounge up a can of tomatoes, a pepper, and an onion to heat up over our fire along with a can of corn we already had and some potato chips that seemed to make sense. Also beer. And ice cream. It was a good night. It was also, oddly, the night we felt the coldest while sleeping, despite it being the furthest north. We laughed and looked at the stars and listened to the mellow guitar a few campsites away before drifting off to sleep. 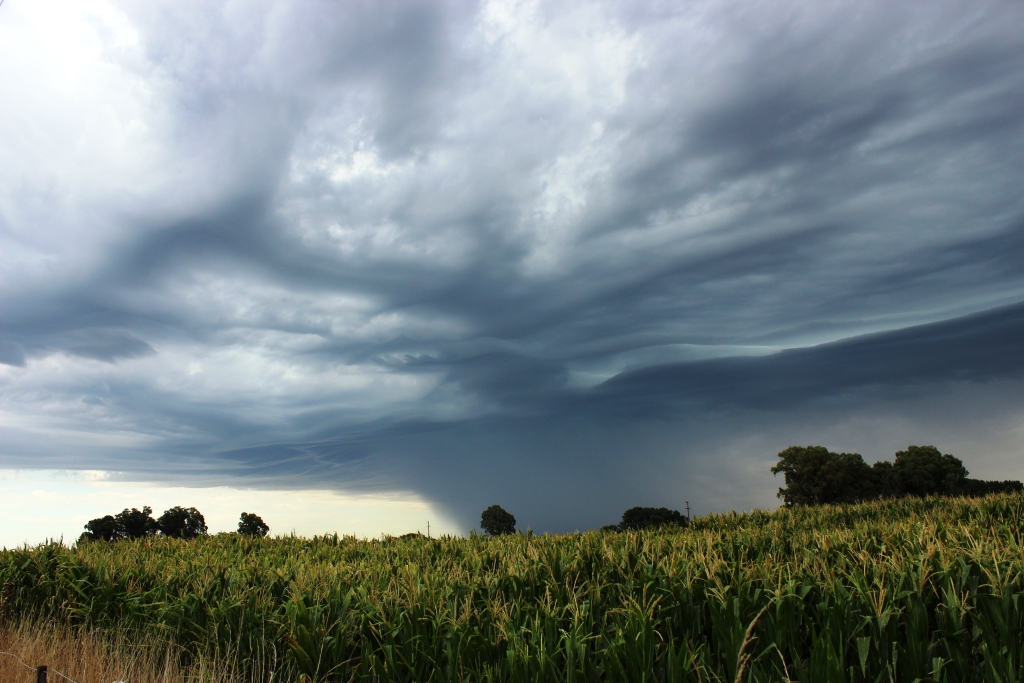 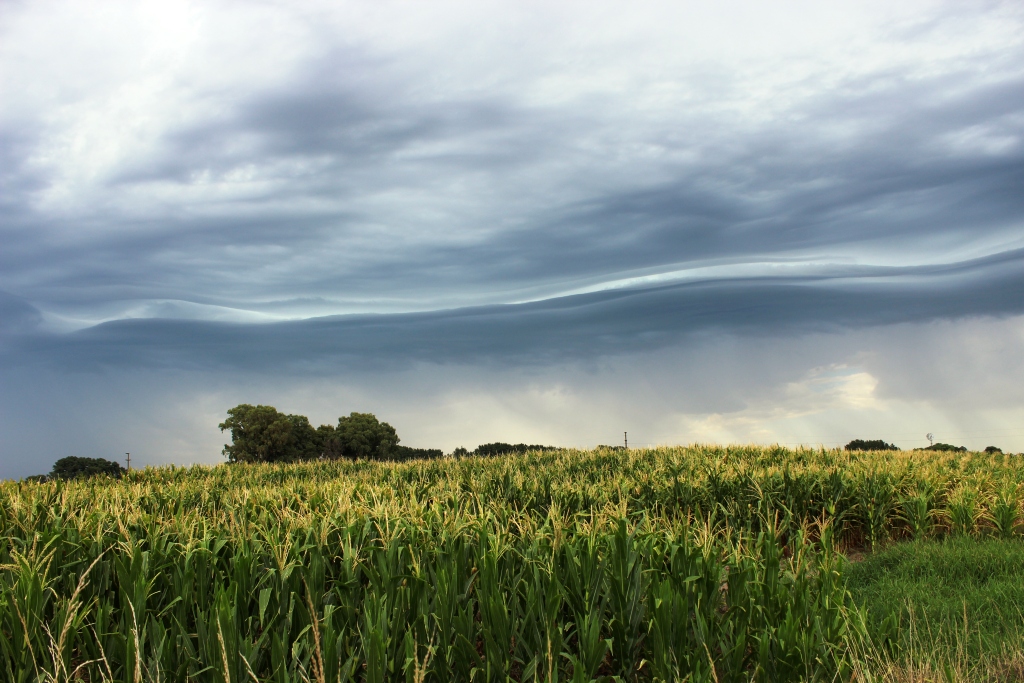 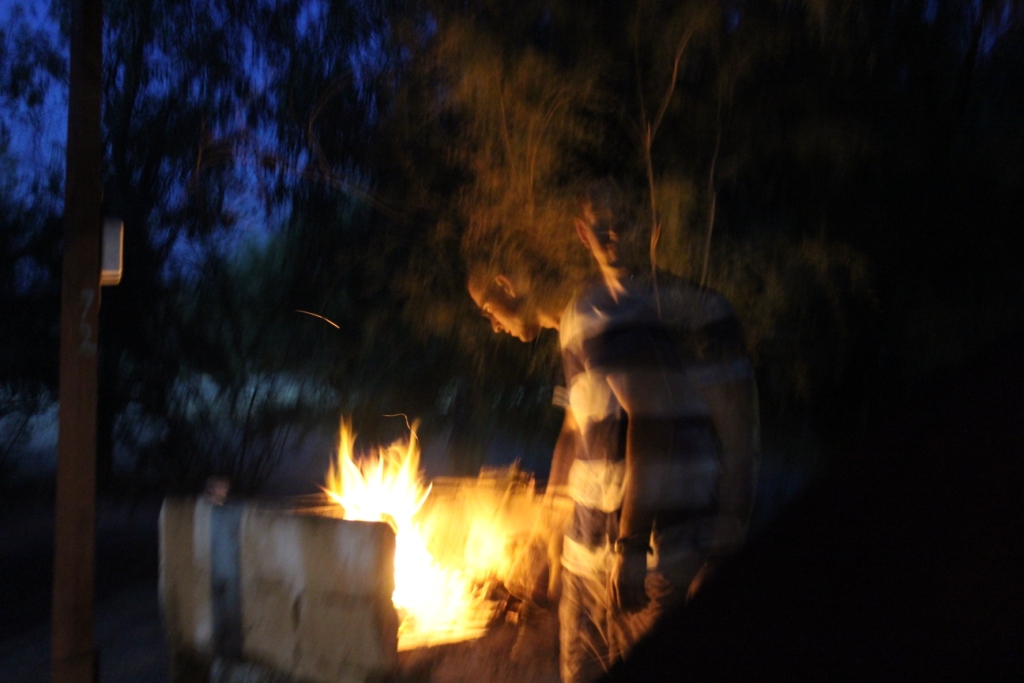 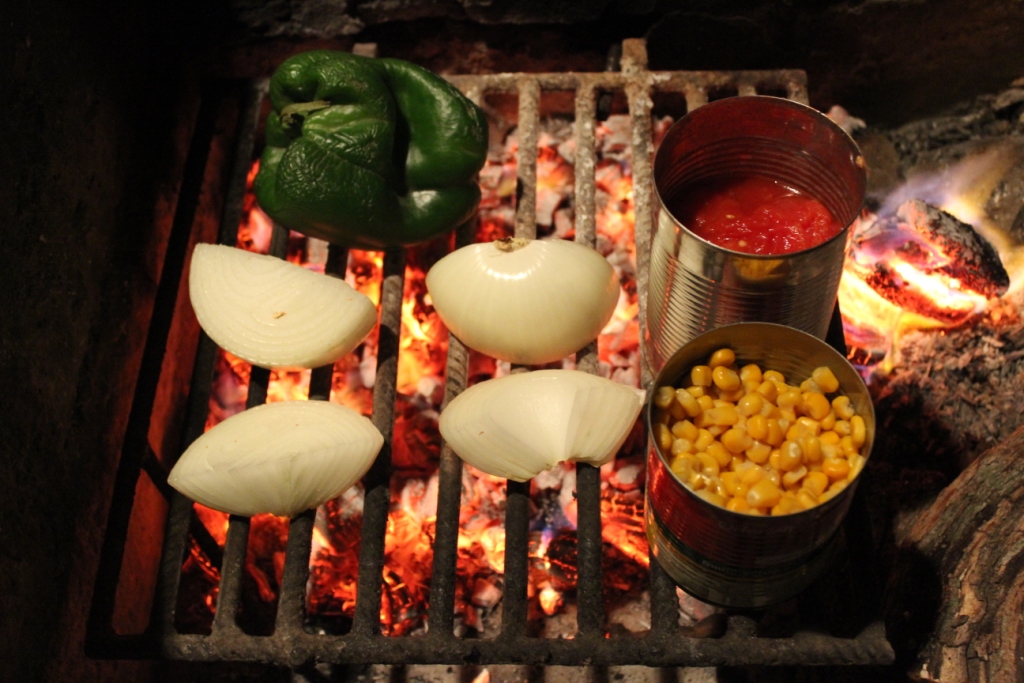 The next day the refreshing farmland was gone and only blah ran alongside the highway. It really wasn’t so bad, but it just wasn’t… anything. We didn’t even snap a photo until arriving in Rada Tilly, a small town a few miles south of the larger Comodoro Rivadavia and our stopping point for the night. At first, we explored bush camping along the beach south of Rada Tilly, but being nearly unable to even stand with the strength of the winds, we decided our tent wasn’t going to fare well there and headed back to the municipal campground in town where we found a well blocked spot on a sandy site, grabbed some groceries, built a fire, and enjoyed a nice evening. 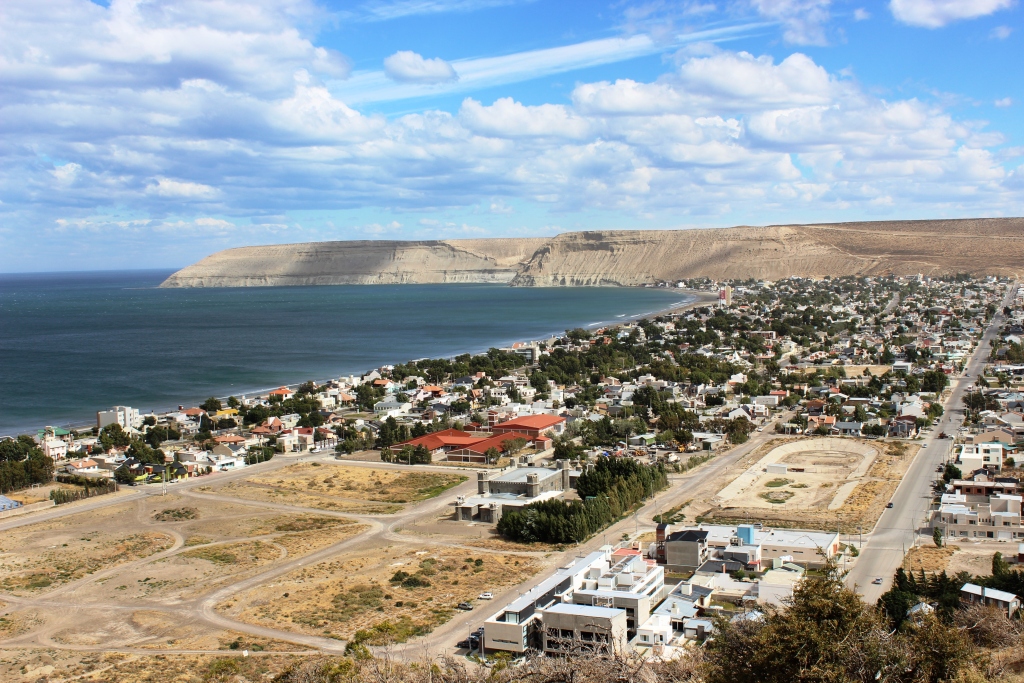 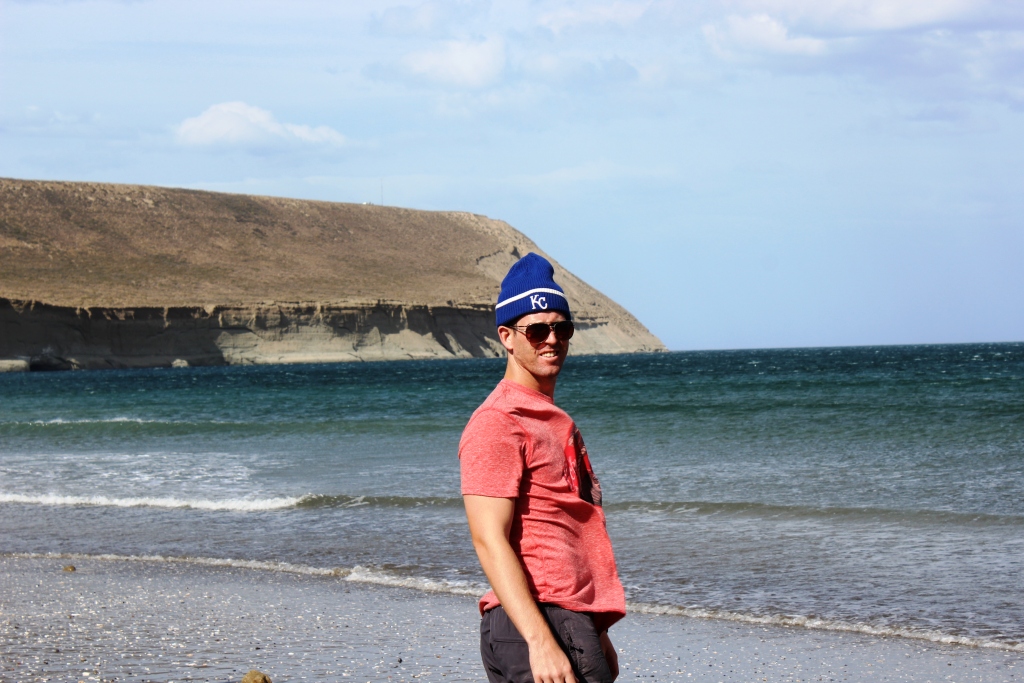 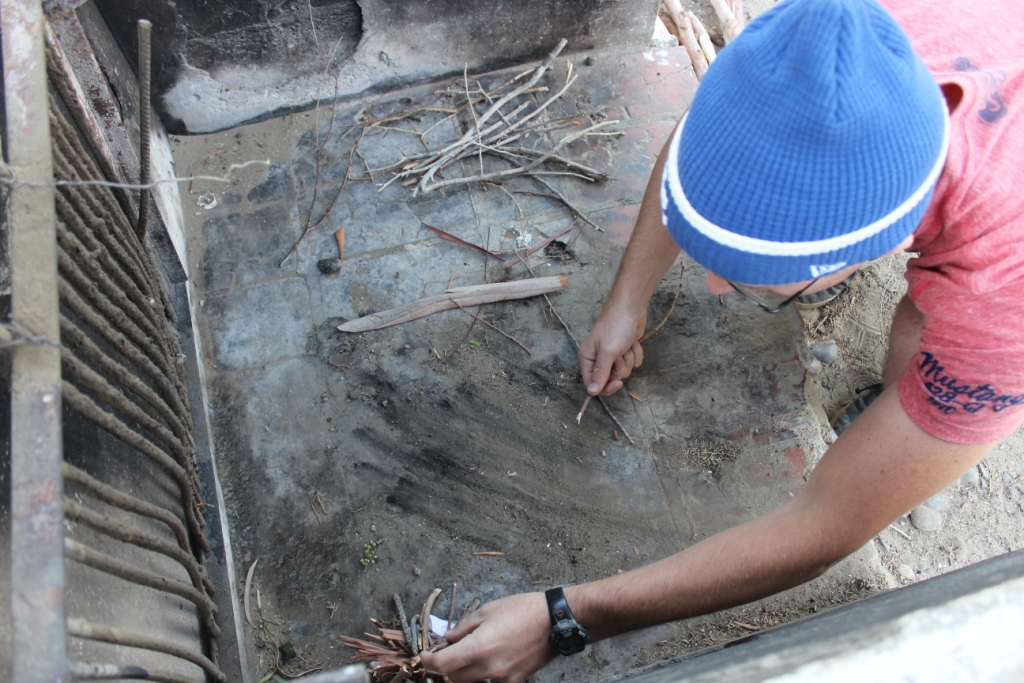 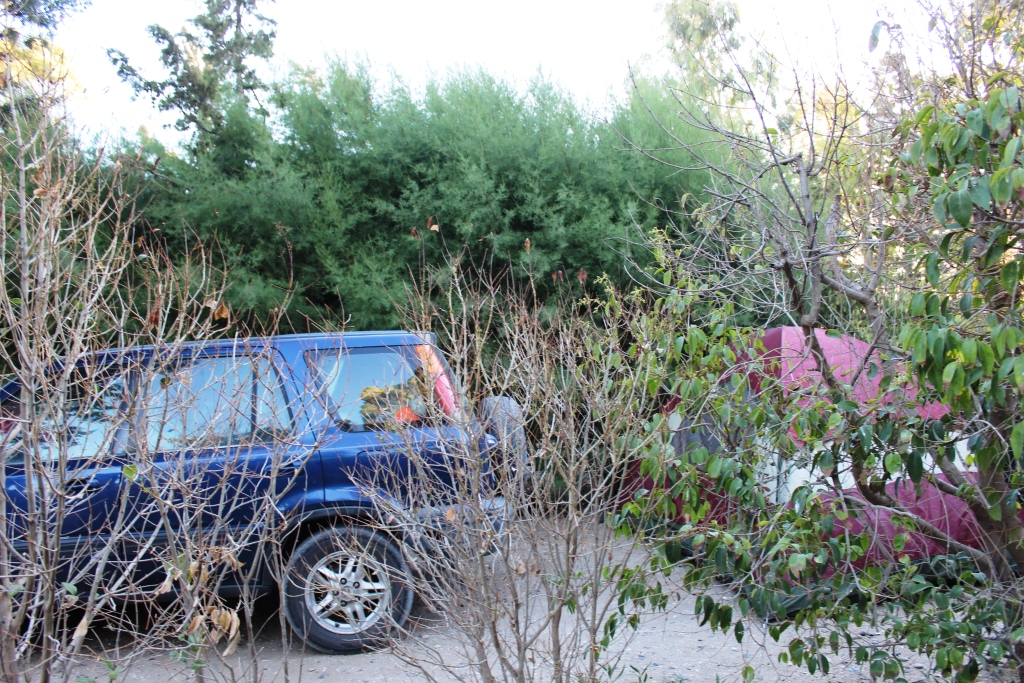 I’m not sure anything differentiated these 480 miles from the 460 miles we drove the day before except that it got slightly colder as the road passed beneath us. By the time we landed at our campground just west of Río Gallegos, rain was spitting and the temperatures were doing their best to intimidate us. Our giant campsite was filled with tiny chairs and rocks. We doubled our layers, switched from cold beer to red wine, and enjoyed another fireside evening before our best night of sleep yet followed by fabulously warm, private showers the next morning. Who would have (who’d've?) thought? 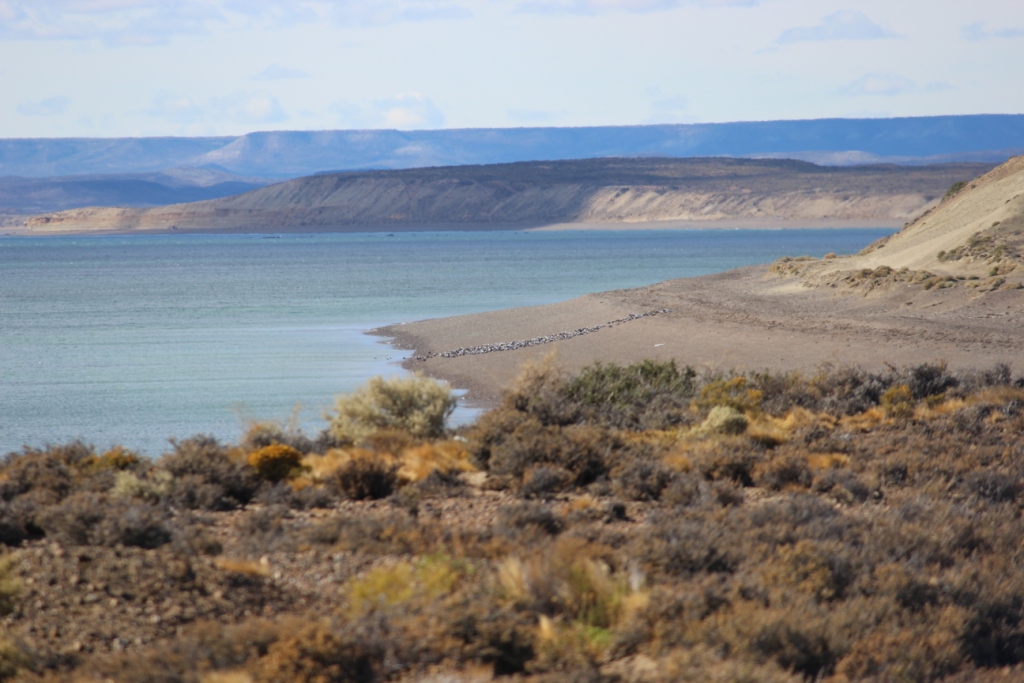 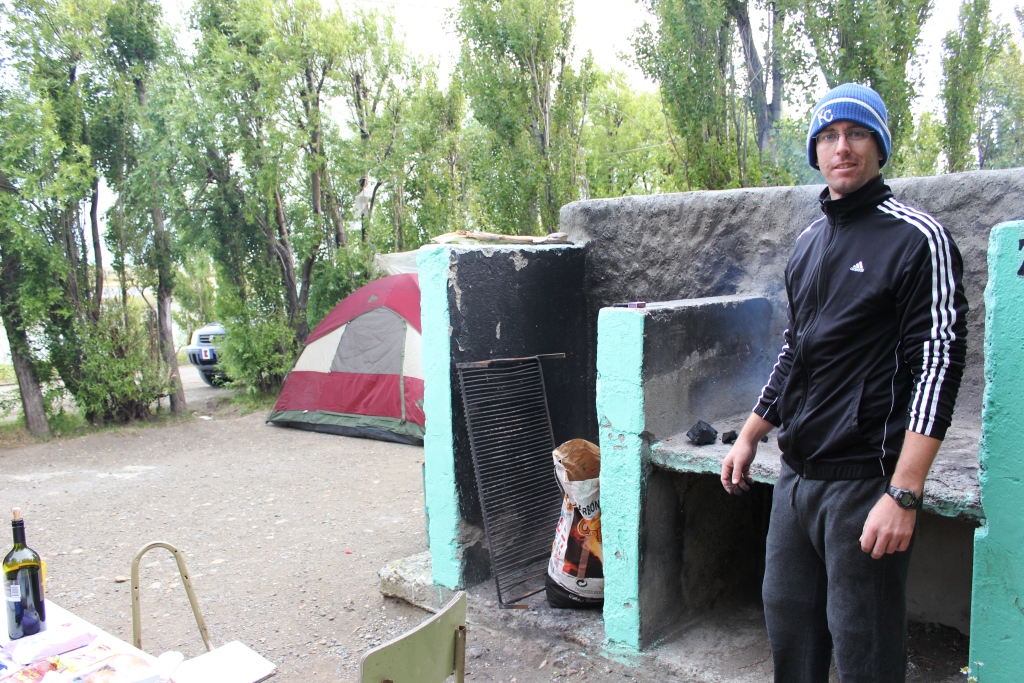 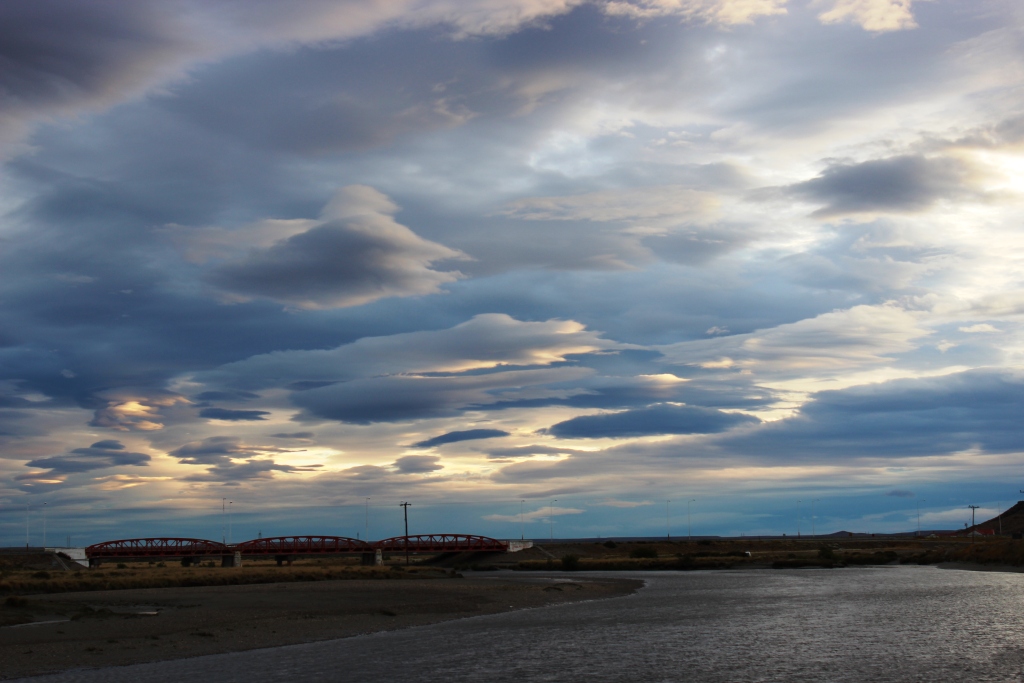 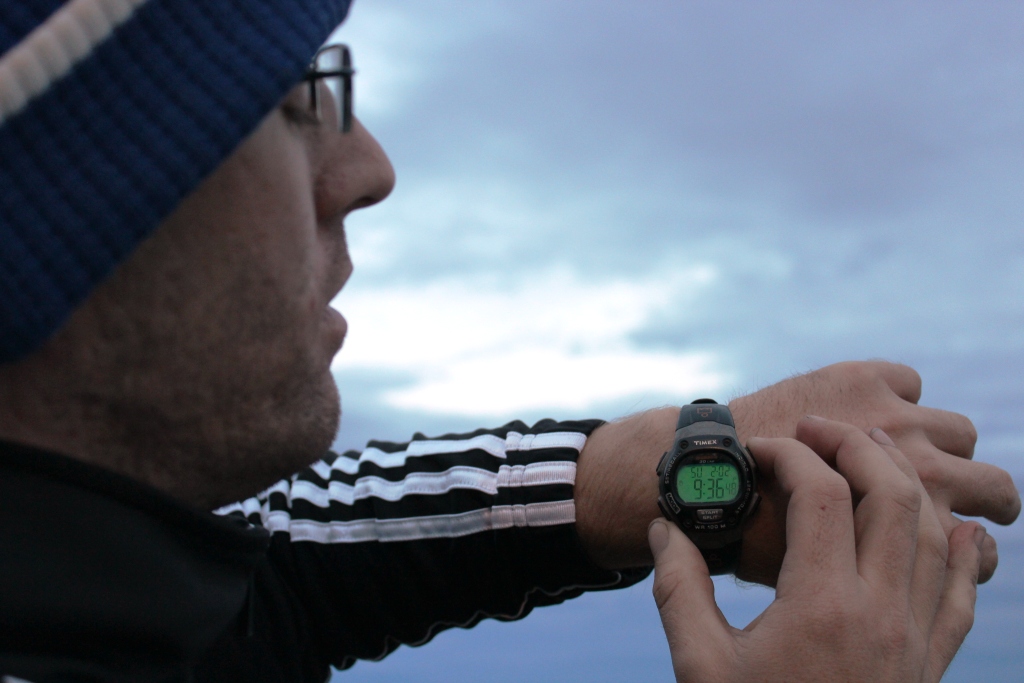 After all that, the big day finally arrived on Monday. We were making our final drive into Tierra del Fuego and its capital, Ushuaia, the southernmost city in the world. It was broken down into a number of short jaunts, one from Río Gallegos to the first international border between Argentina and Chile, a second to the ferry crossing the Straight of Magellan, a third to the second international border where we crossed back from Chile to Argentina, and then a fourth, longer stretch at the end through which the mountains rose up behind the forested hills and we finally descended upon the Beagle Channel. The border crossings were completely smooth, and I’ll write more about them in our typical border crossing format after we head back north. We also plan to write a post detailing the route taken on this fourth day. We were under the impression that making all of the pieces come together in one day was going to be a small challenge, but in fact, everything was very nice and intuitive, and the roads were all decent except for a couple of hours of gravel road through Chile. The nothingness that characterized the majority of our drive began to give way to rolling hills inhabited by free range horses and a few small houses in Chilean Patagonia. It was a cloudy day, and our jolly energy seemed almost out of place amid the cold peaks and calm lakes, all watching us from their sheath of grey. We stopped a few times, let the dogs run, tried to wrap our heads around Maya’s ability to scale, multiple times, a nearly vertical 50 foot embankment into the waters of Lago Fagnano, and took some pictures that didn’t do justice to the beauty around us. And then, just like that, we were in Ushuaia. 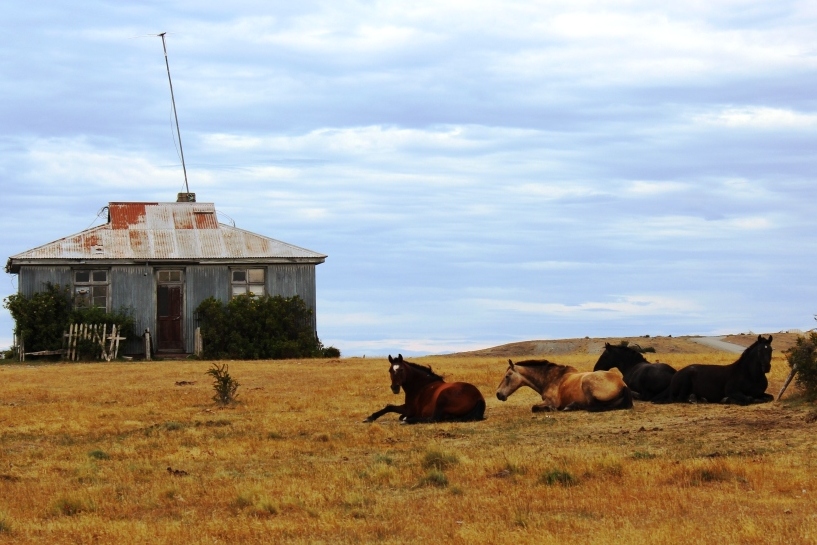 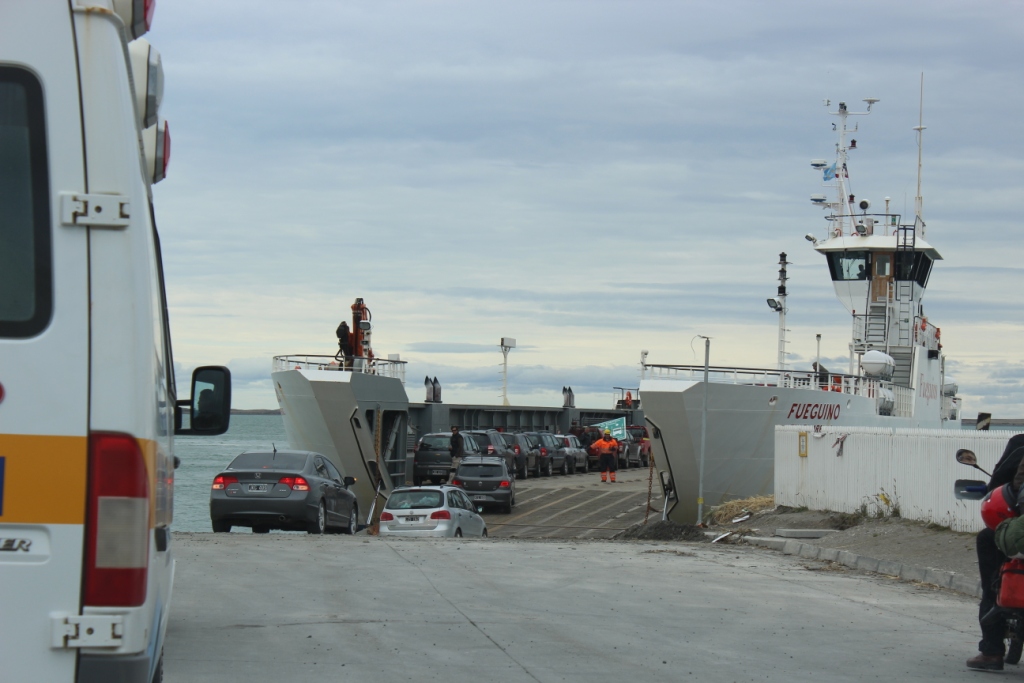 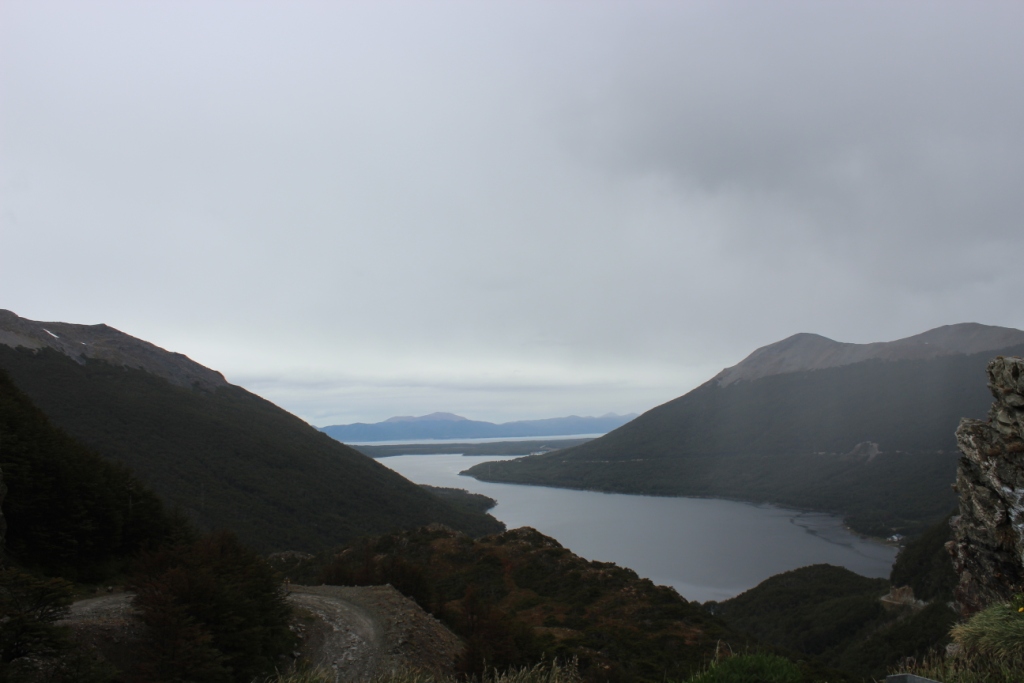 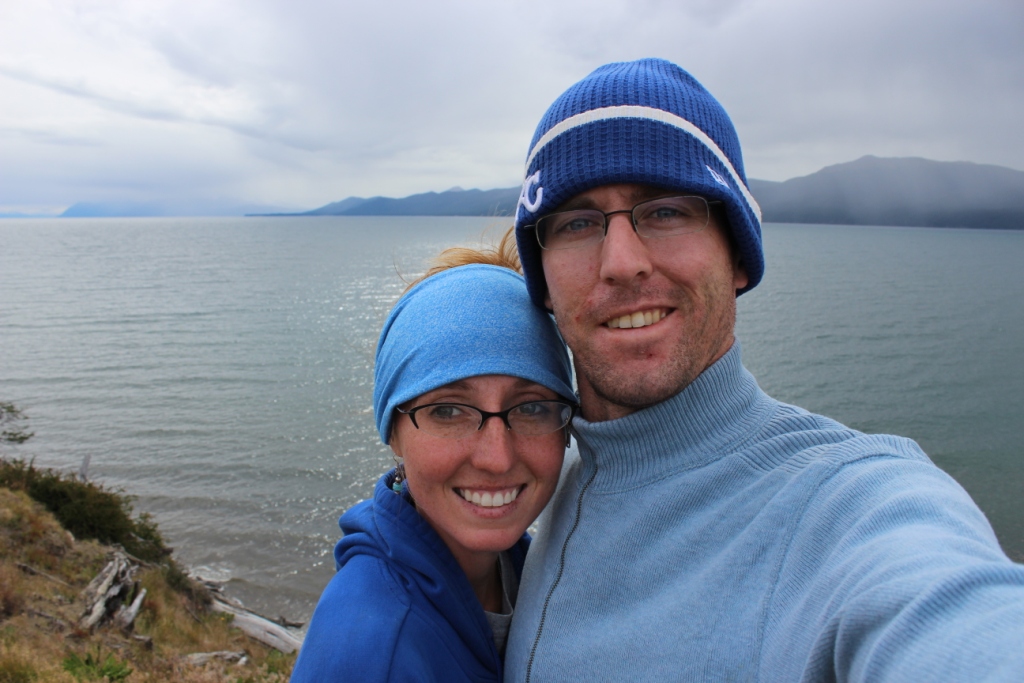