Four miles as the crow flies (or around seventy minutes in a car) from the crowds and hubbub of Bar Harbor and the Mount Desert Isle section of Acadia National Park lies the tranquil Schoodic Peninsula. Home to both our lodging for the week in the town of Winter Harbor (population 988) and a less visited section of Acadia, the Schoodic is, like the rest of Down East Maine, a land of stark juxtapositions. Unrelenting forest meets unrelenting ocean, broken only by the crashing of waves against the jagged, rocky coastline. We were treated to a different kind of contrast during two loops of the peninsula separated by just twenty four hours. Day one was cold, windy, and grey, with seas rough enough that the spray was indistinguishable from the spitting rain. Day two was warm, sunny, bright, and calm, the kind of day you might dream about in the heat of summer or the depths of winter. Each was its own experience, authentic and beautiful in its own way. Below are three photos from each day, roughly matched by location: 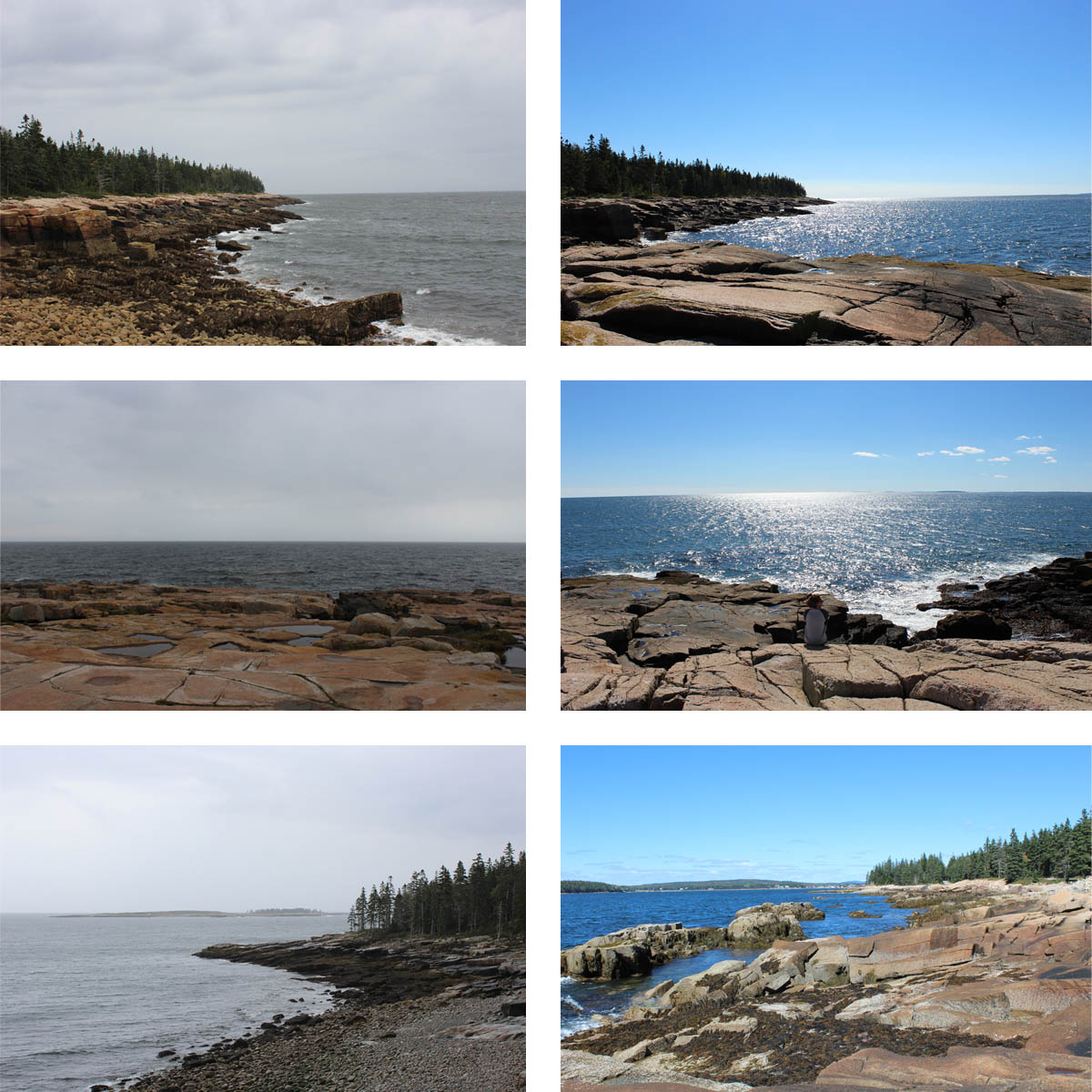