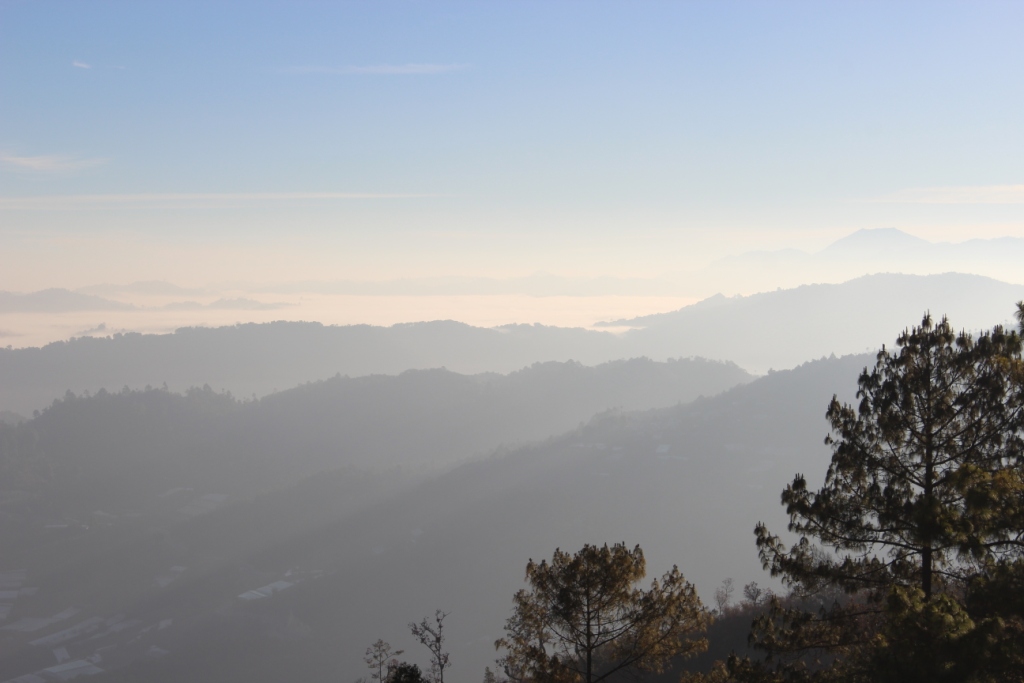 San Cristobal de las Casas (SCLC), sometimes called the cultural capital of the Mexican state of Chiapas, will be our home for the month of April. One state and about 9 hours of driving east of San Sebastian Etla, San Cristobal sits about 2,100 feet higher in elevation amidst the Central Highlands of southern Mexico at 7,200 feet. While the main bulk of the town is relatively flat compared to other valley-based cities such as Guanajuato, tree covered mountains surround the central grid tightly, and the largest groups of indigenous peoples in the region, the Tzotzils and the Tzeltals, refer to SCLC as Jovel, which means “the place in the clouds” in their related native languages. The April days are often warm and into the 70s with temperatures dropping into the 40s at night, and though the wet season doesn’t begin until May, we’ve already experienced a couple of downpours.

Interestingly, the city itself was not founded atop an already exhisting pre-Hispanic city like many Spanish colonies in Mexico were, but this is not to say that there weren’t large populations of natives living in the area. After Spanish conquistador Diego de Mazariegos invaded and conquered Chiapas in the early 16th century, he founded then called Villa Real de Chiapa in 1528 as a military fort. The city then went through a number of name and allegiance changes (being a Spanish city, part of the Captaincy General of Guatemala, declaring independence, and then becoming part of Mexico) before landing on San Cristobal de las Casas in 1848, which was to change a few more times before finally settling as the current official name of the city in 1943. The state of Chiapas is home to the Zapatista Army of National Liberation (EZLN), a revolutionary leftist group that came into international spotlight after 3,000 armed insurgents seized various cities and towns in Chiapas on the effective date of NAFTA (the North American Free Trade Agreement) on January 1, 1994, including San Cristobal de las Casas where they freed prisoners and set fire to police and military buildings. Though the occupation was opposed and driven away by Mexican military forces within days, the plight of the Zapatistas had been heard and their movement would continue to grow. They have since employed primarily, though not always, non-violent strategies in pursuit of their desired reforms which pertain not only to indigenous land rights and anti-globalization, but also to the entire political structure and processes of Mexico, a country with poor wealth and representation distribution, following an ideology that is sometimes labeled anarchist or Marxist. After many quiet years “attempt[ing] to build a system of autonomous governance, emphasizing indigenous dignity and collective agriculture” (and also women’s rights), the Zapatistas marked their resurgence in December of 2012. The cause and its spokesman, though still controversial, are often celebrated by the people, a dynamic that we look forward to learning about in greater depth during our time here.

Aside from the history, politics, and indigenous populations of SCLC, the ambiance of the city is what most resonates with the majority of its visitors. Narrow, cobblestone streets are lined with one to two story shops, restaurants, hotels, and service offices, and some prohibit vehicle traffic creating lovely, slow paced walking avenues that are often dotted with live musicians and strolling vendors of scarves, belts, ponchos, jewelry, and figurines. Though there are fewer street food vendors here than in the cities we’ve spent the last few months in, restaurant genres are broad with options from Italian to Lebanese and Thai to Argentine, including a fair number of vegetarian and organic establishments. Nearly double the rates in the rest of the state, 67% of SCLC’s workforce is in the commerce, services, and tourism sector, and this is not surprising after a short walk through the centro. The vibe is very hipster backpacker; we stand out less for being red-headed and blue-eyed and more for our lack of dreadlocks and artistic sensibilities. In our first evening out, we met people from 7 different countries (Argentina, Germany, UK, France, Australia, US, and Mexico) over the course of single beer. That said, nearly a third of the city’s 142,364 inhabitants speak an indigenous language and many wear traditional Mayan clothing regularly, creating an eclectic environment that seems not to be easily categorized, but certainly readily enjoyed. 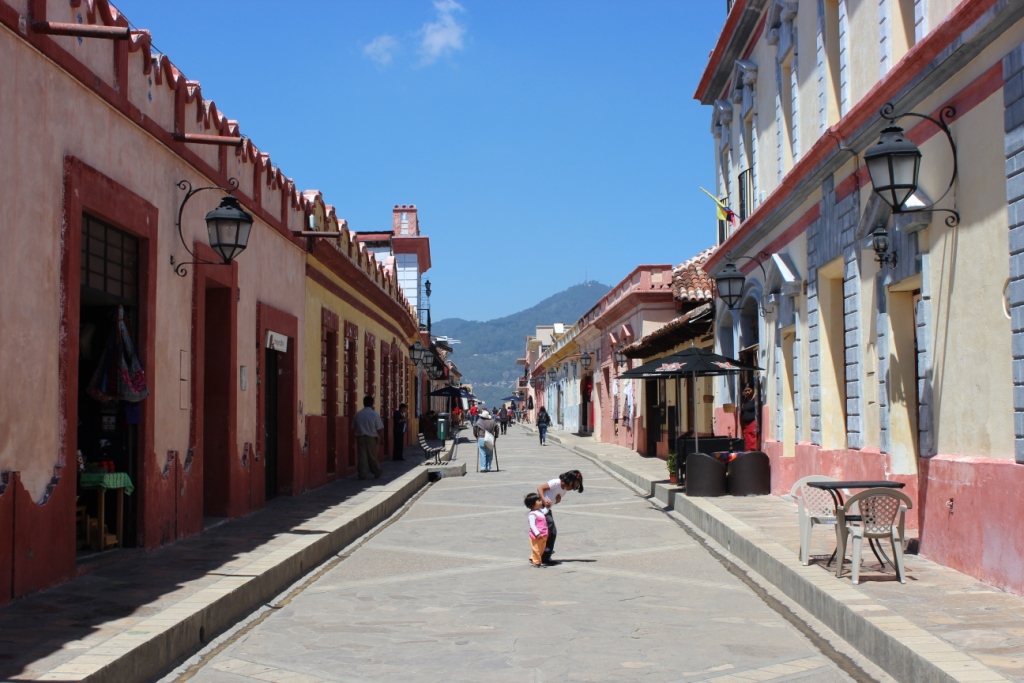 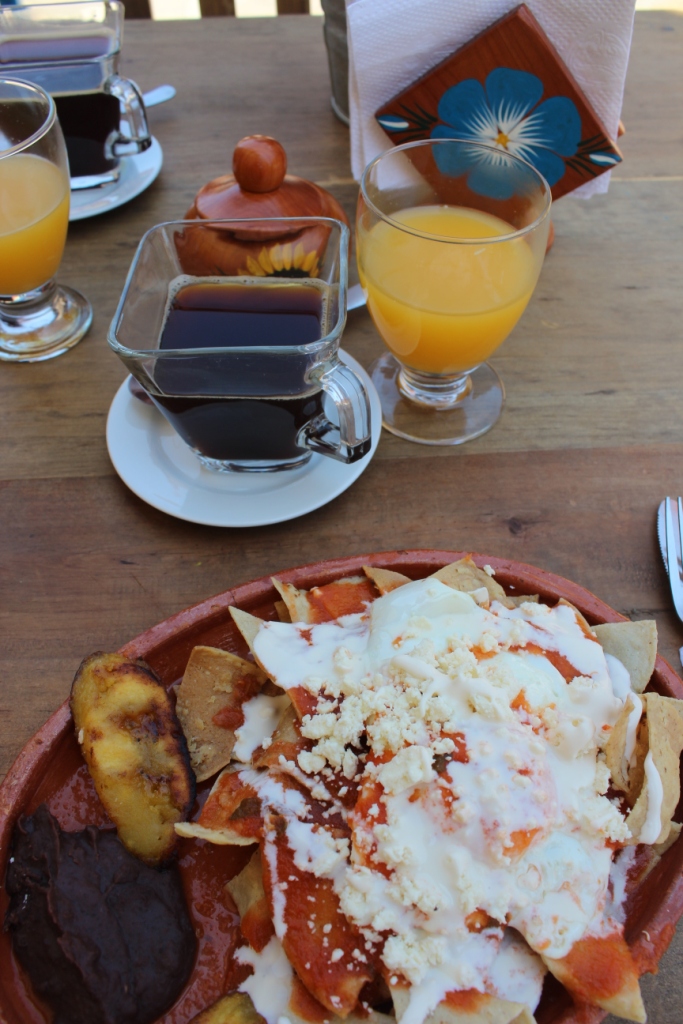 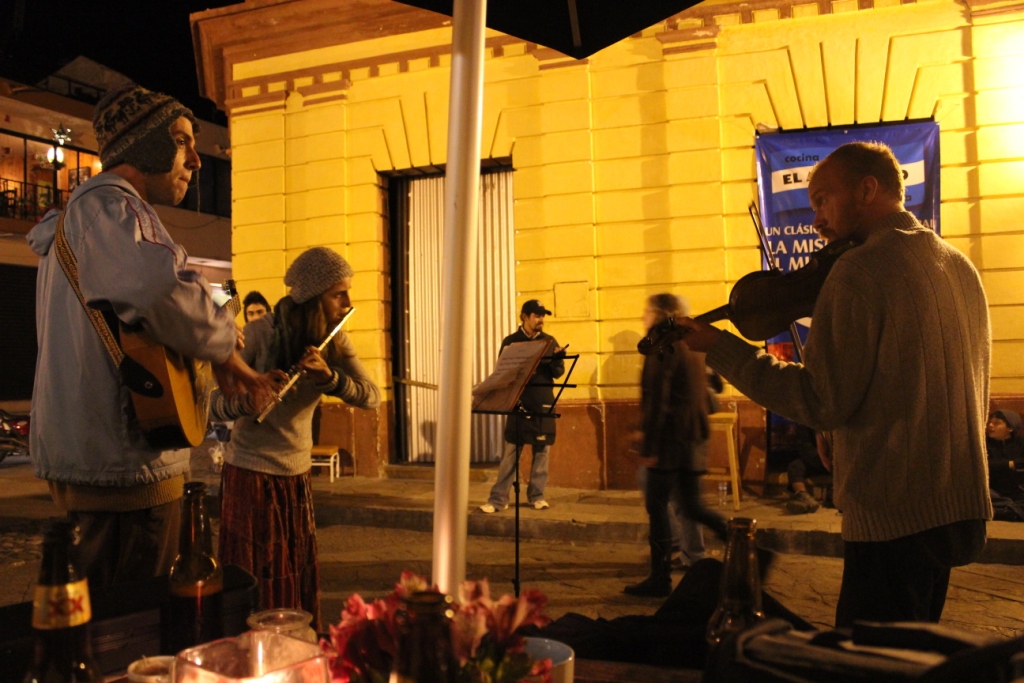