Sacred Valley of the Incas – Pisac 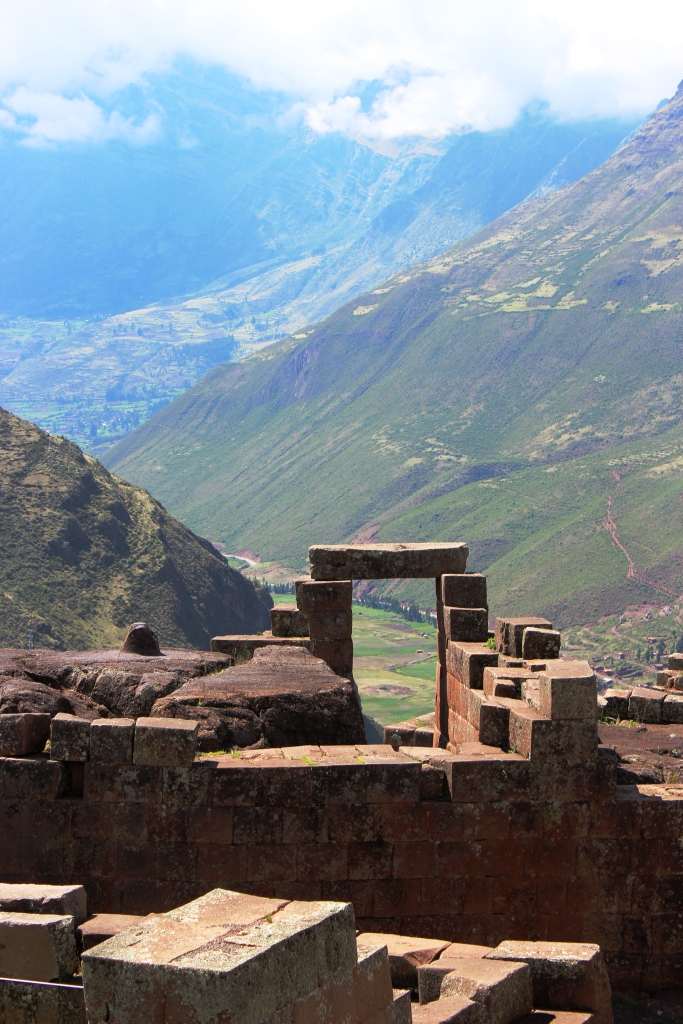 We left Cusco shortly before 7:00AM on a Saturday for our whirlwind tour of the Sacred Valley of the Incas. Climbing up the sides of the bowl Cusco sits in, we jumped on Highway 28 going northeast, and, after a very brief discussion and then dismissal of the many large rocks that had seemingly been placed purposely in the road, we were off towards our first destination of the day, Pisac. The route is well-paved and we made very good time, stopping after nearly every bend to marvel at the ever-increasing stunningness of the scenes around us. Before long we were dropping down into the valley itself and into Pisac.

Pisac is both the name of a town and the name of the Inca ruins above the town. Most people visit either to have a look at the ruins or to take in the thrice-weekly morning market, during which farmers, artisans, and patrons descend upon Pisac in droves. We opted to skip town on the first pass, thinking we would hit it up for some breakfast on our way back from the ruins, and followed the signs around the east side of town and on up the mountainside. Perhaps ten minutes in we were stopped by some officials to punch our boleto tourisito, a ticket you are required to purchase to visit the main sites in the Sacred Valley. A few minutes later we hit the parking lot, grabbed a drink of water and the camera, and started in. Pisac, as we soon found out, is quite expansive. After strolling through a few small restored buildings, the path opened up along the top of a great section of agricultural terracing. We slowly ambled across the top of this terrace, marveling at the valley spreading out before us, and eventually moved into the next section of buildings, then climbed up and back down to reach what is known as the citadel. Experts believe that Pisac was a defensive position guarding the southern entrance to the Sacred Valley. There is much to be read about the ruins if you are interested, but I am going to let our pictures do the talking. After a couple hours of scrambling around, taking pictures,  ”wow”ing, and meeting a foursome from St. Louis who we would see many times over the day, we made our way back down and into Pisac town.

Being a Saturday, we unfortunately did not get to see the market itself (which happens on Tuesday, Thursday, and Sunday), but Pisac’s main square was still filled with colorful artisan stalls selling hand-woven clothing and crafts of all kinds. There we strolled, bought a CD of supposedly traditional flute music (there’s a guitar in the mix, so it can’t be that traditional, right?), decided to forgo a sit-down breakfast in favor of some vegetarian empanadas, and rolled on out of town up the valley. 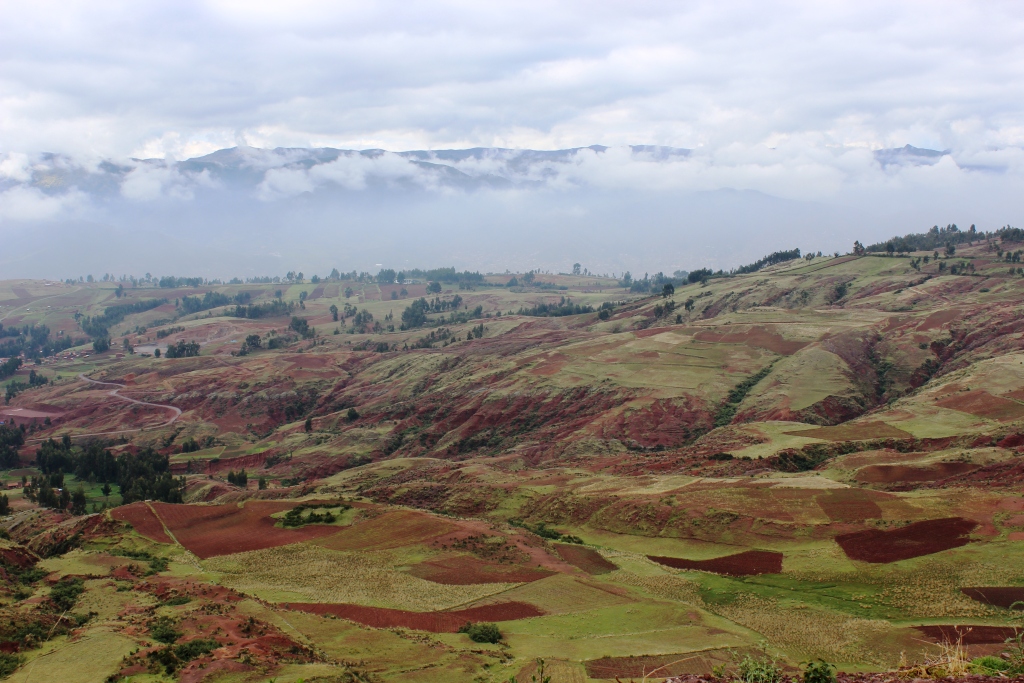 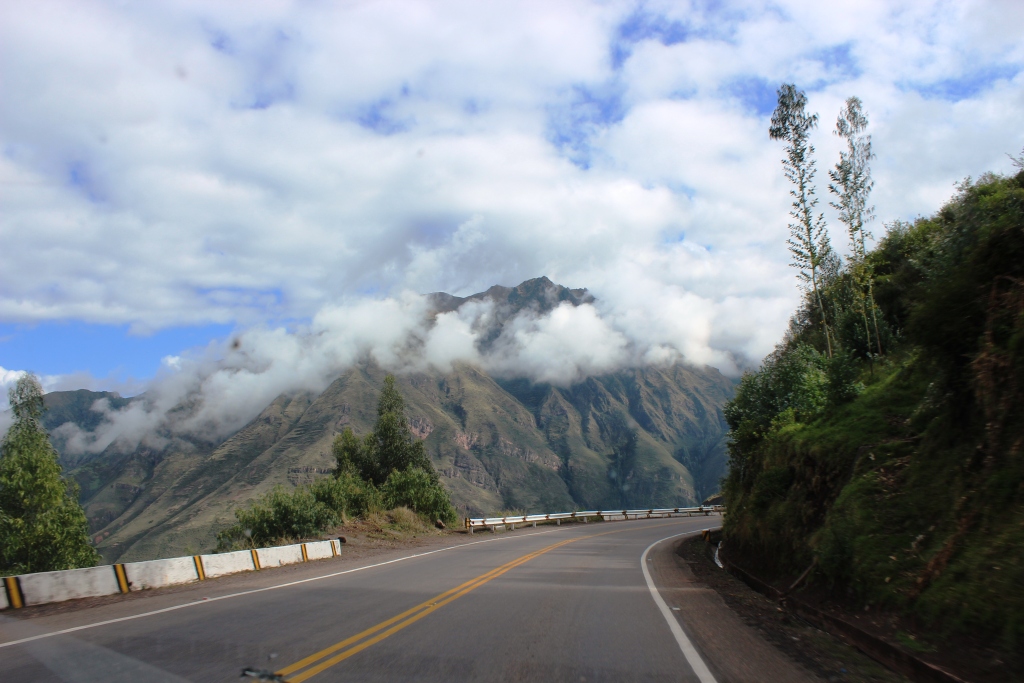 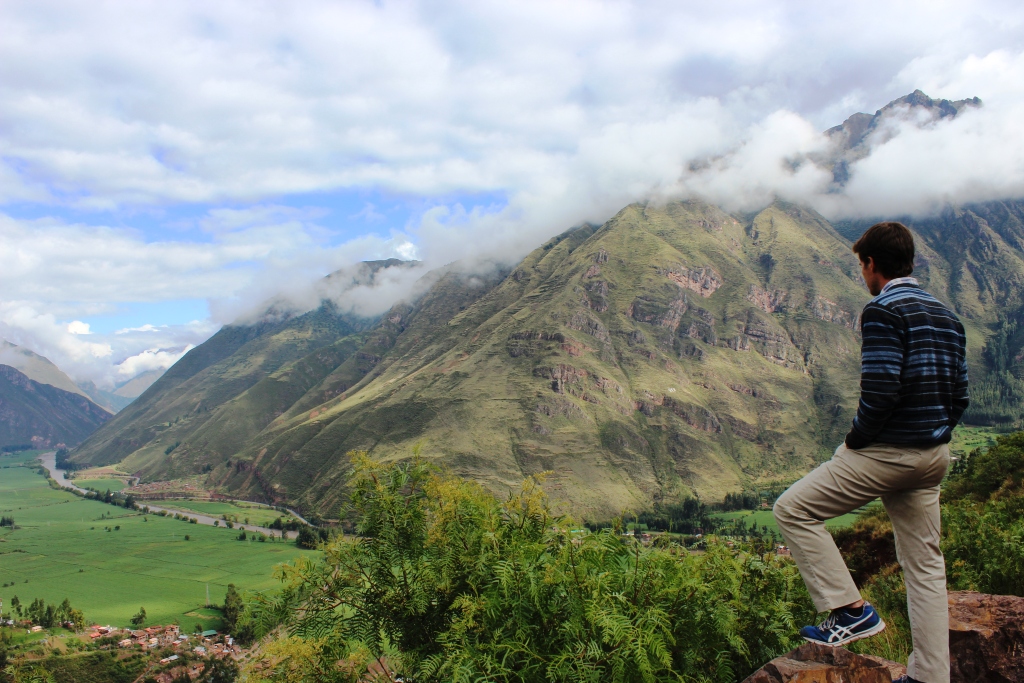 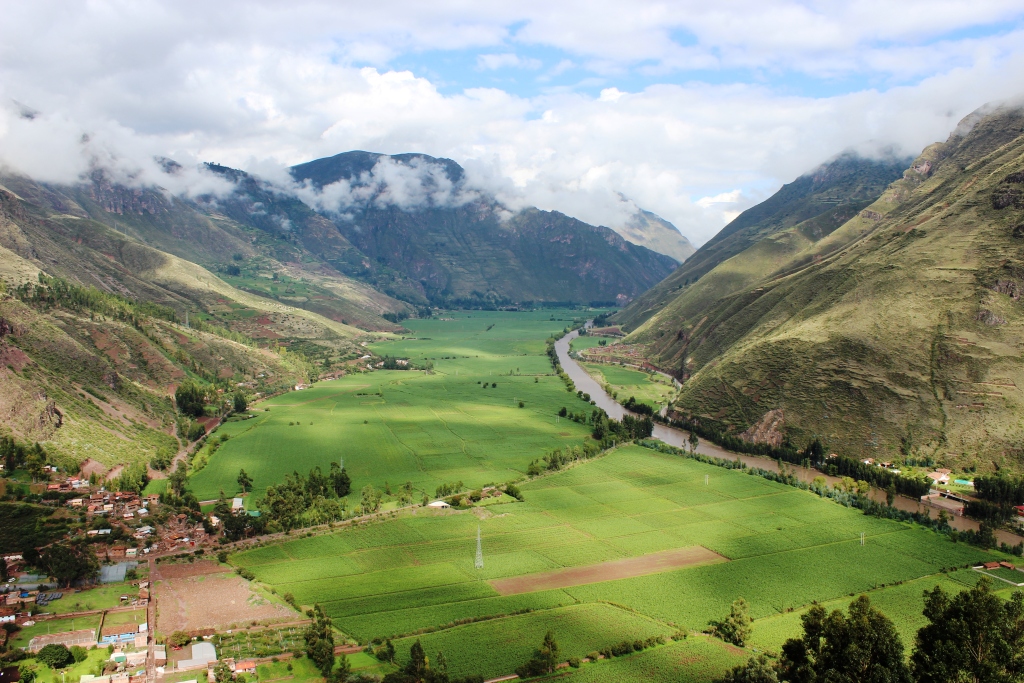 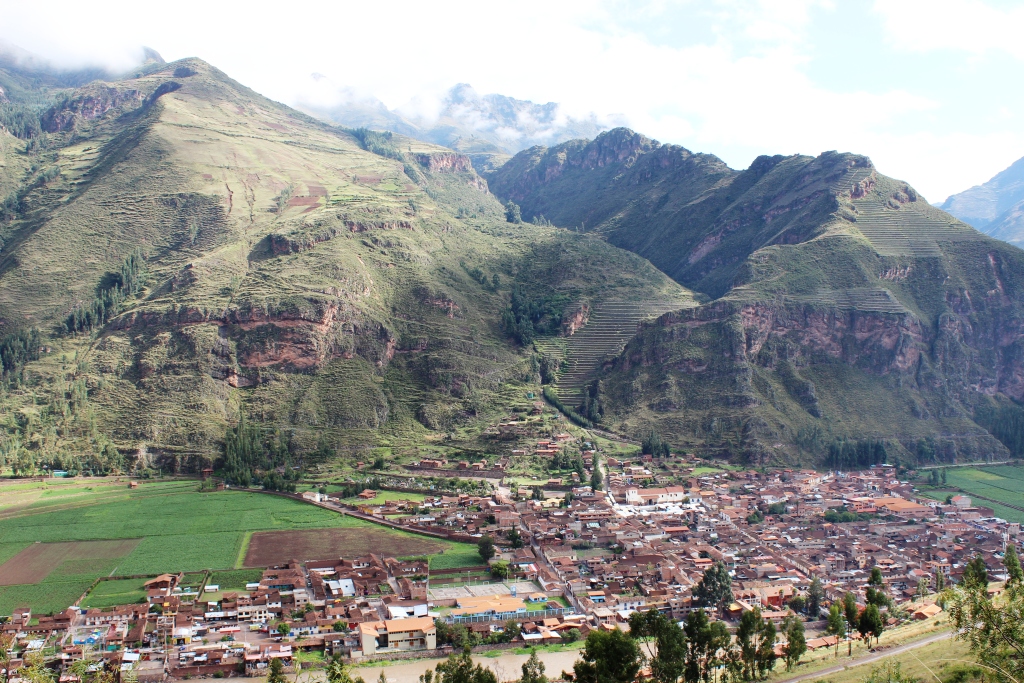 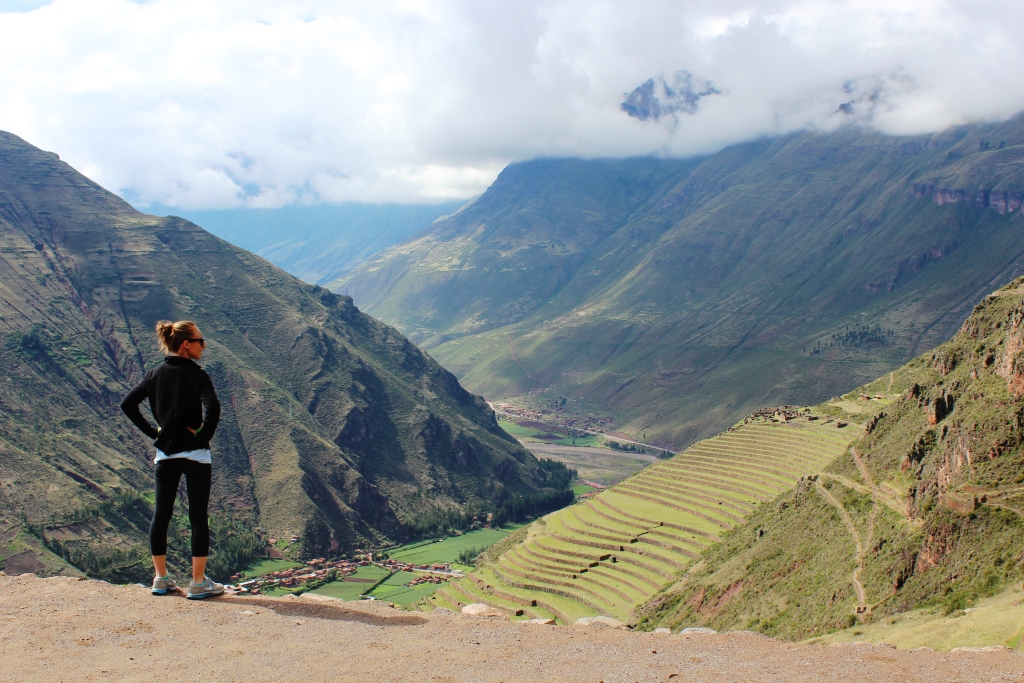 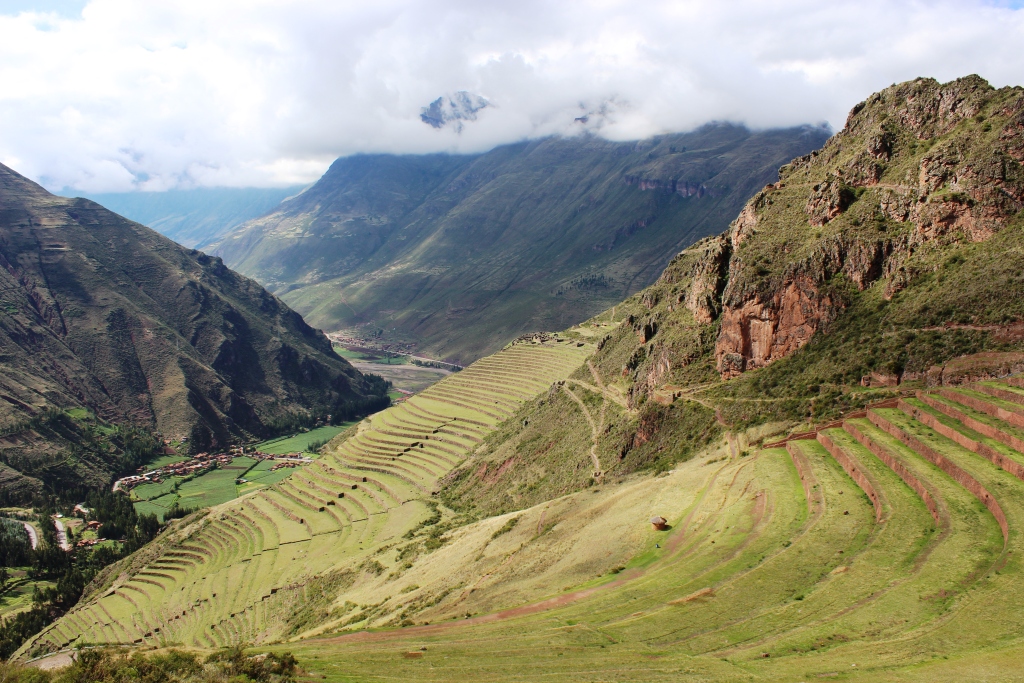 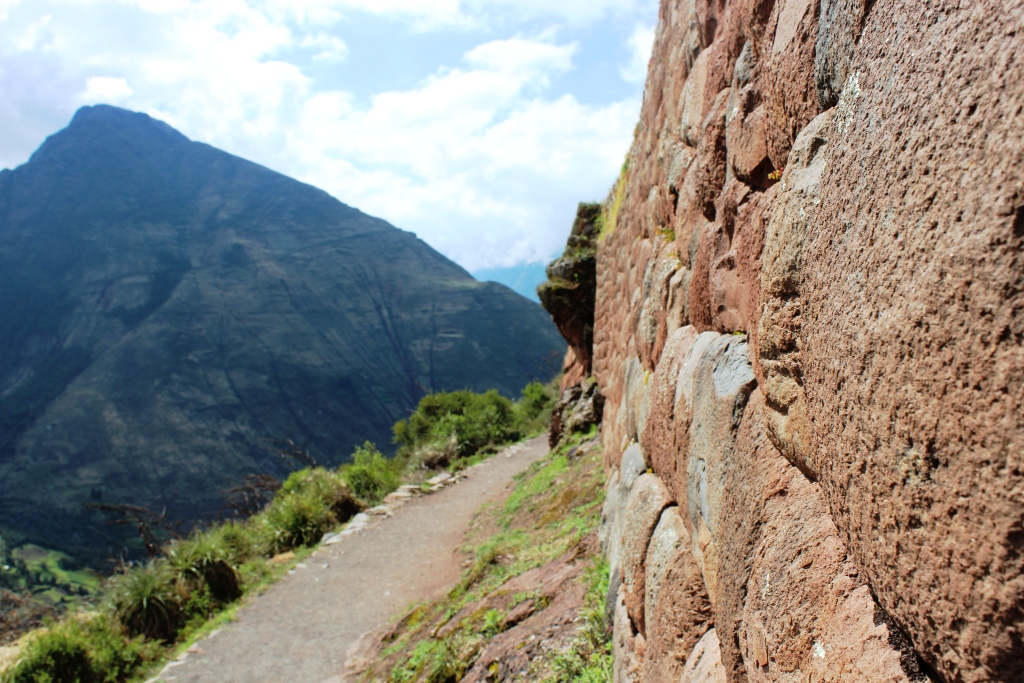 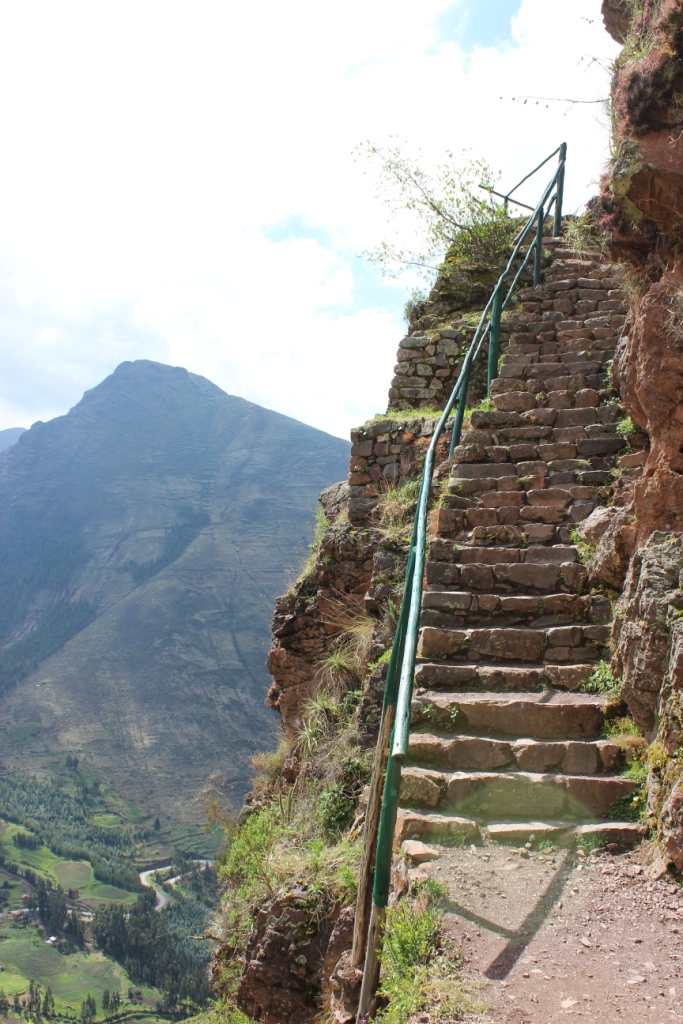 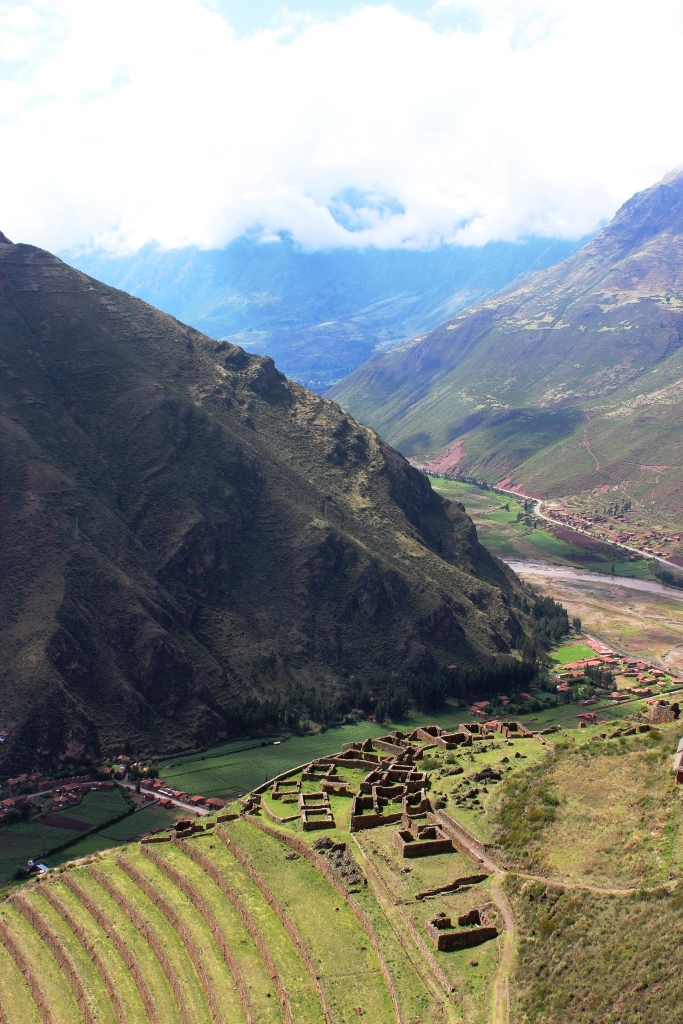 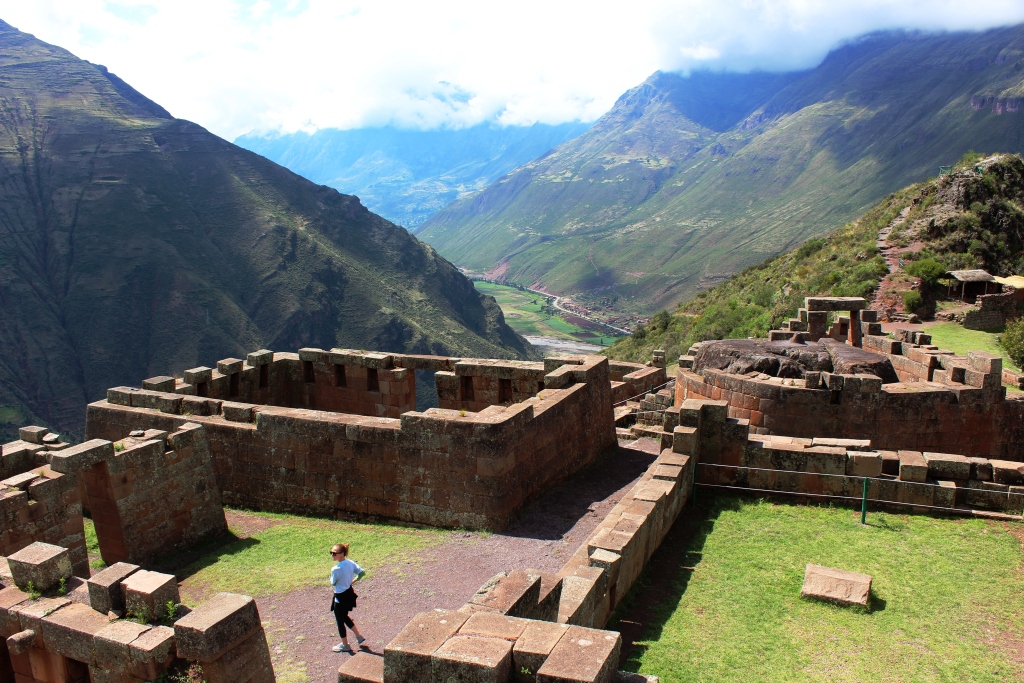 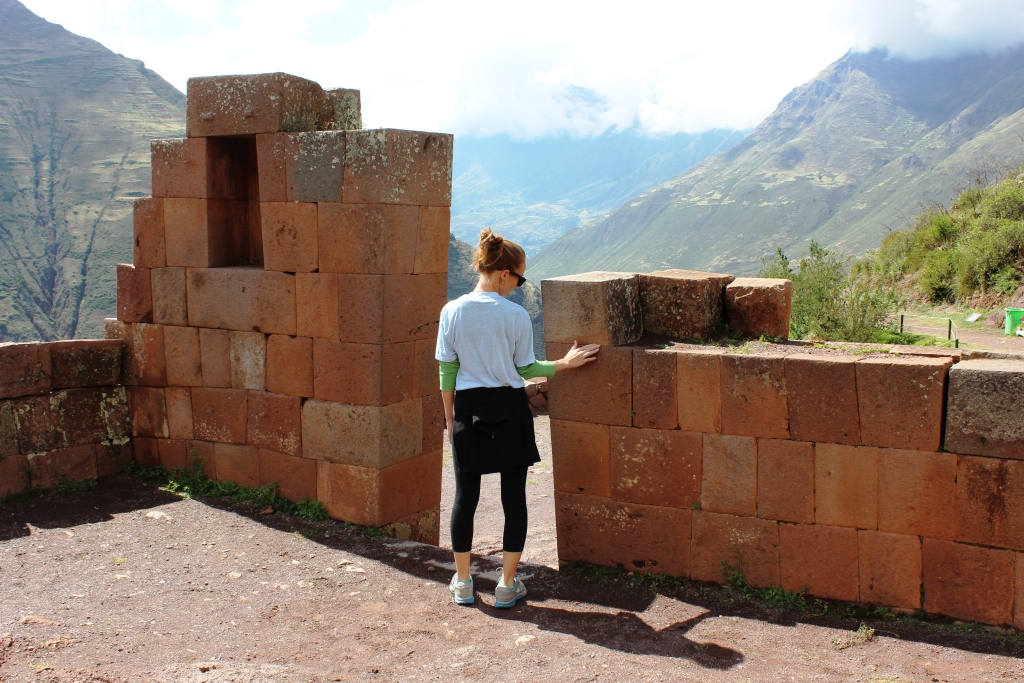 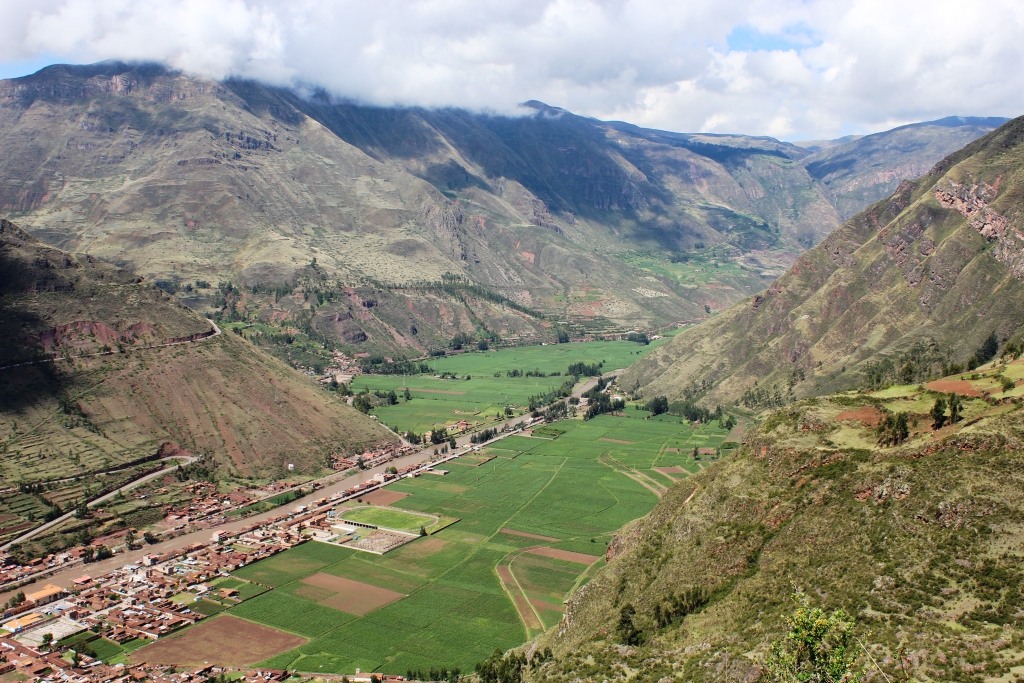 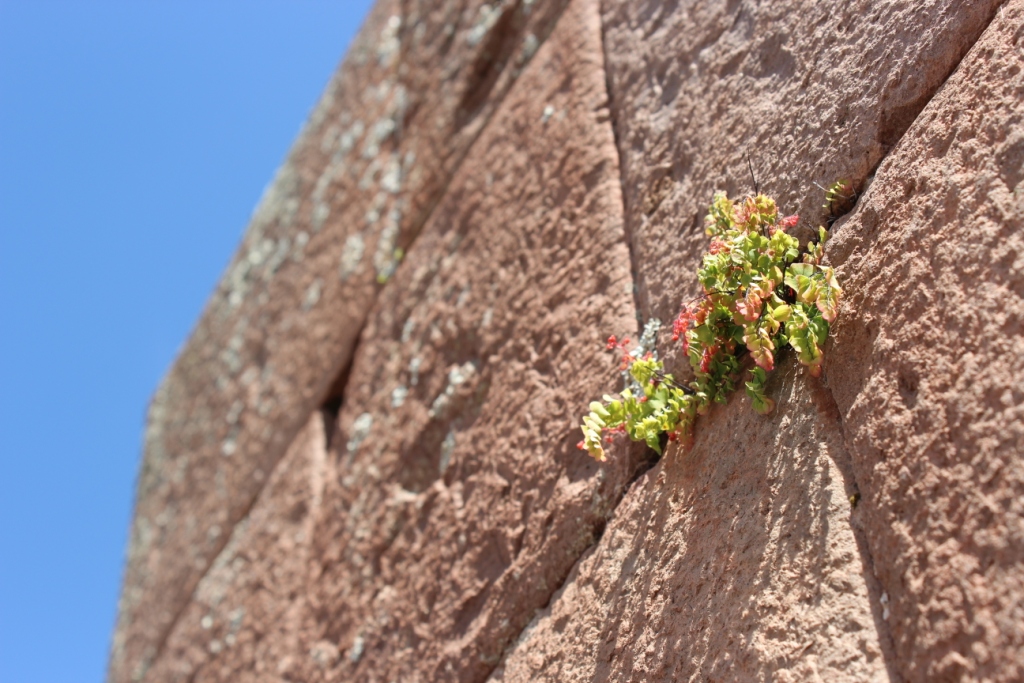 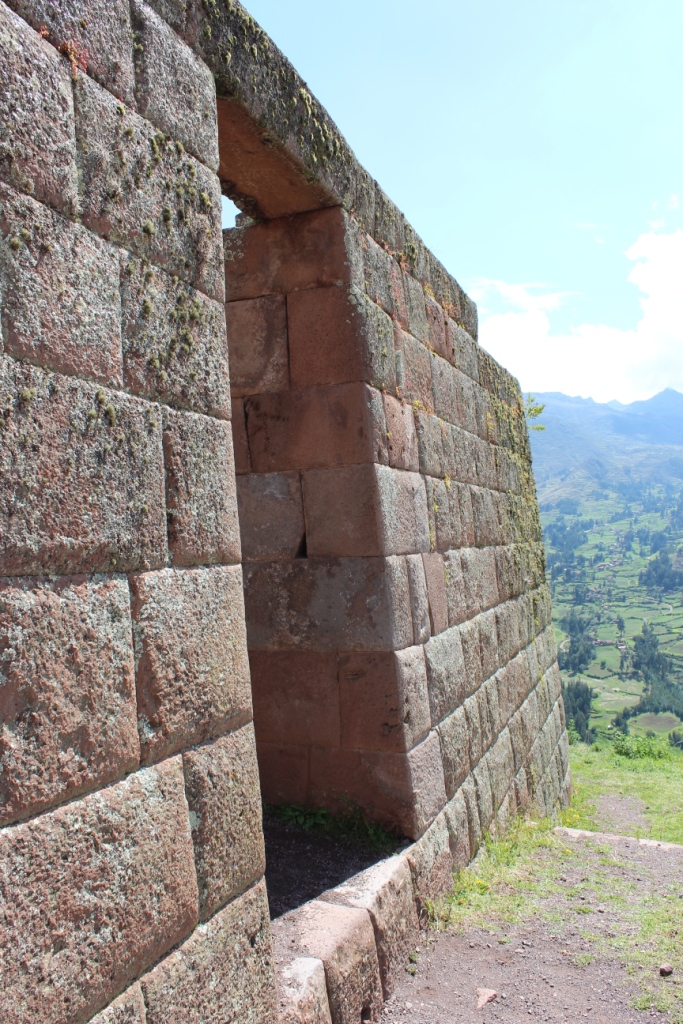 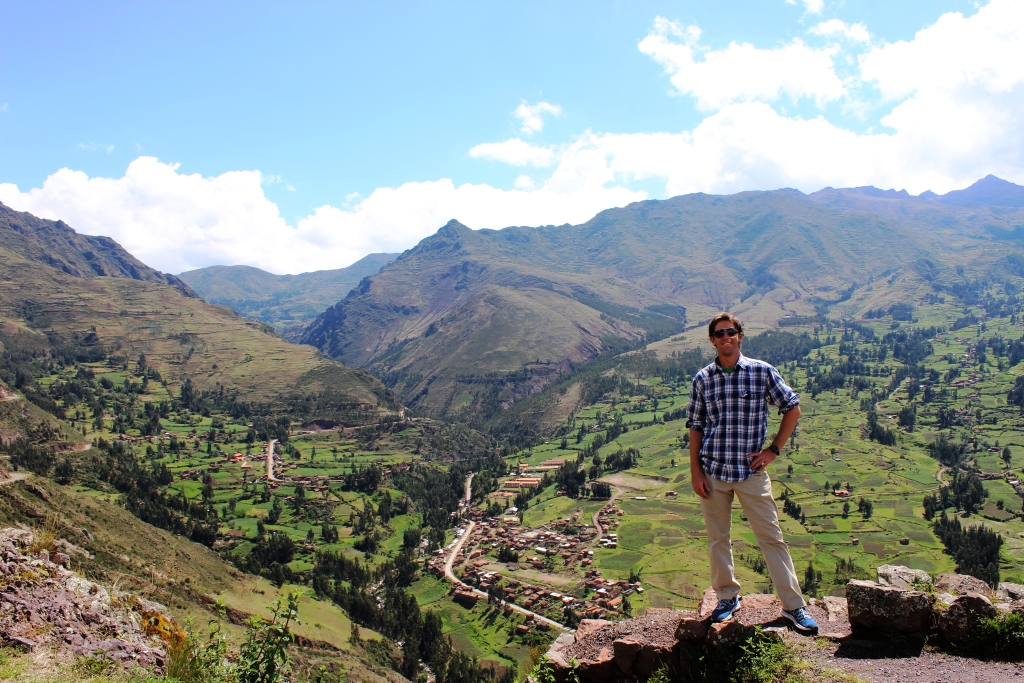 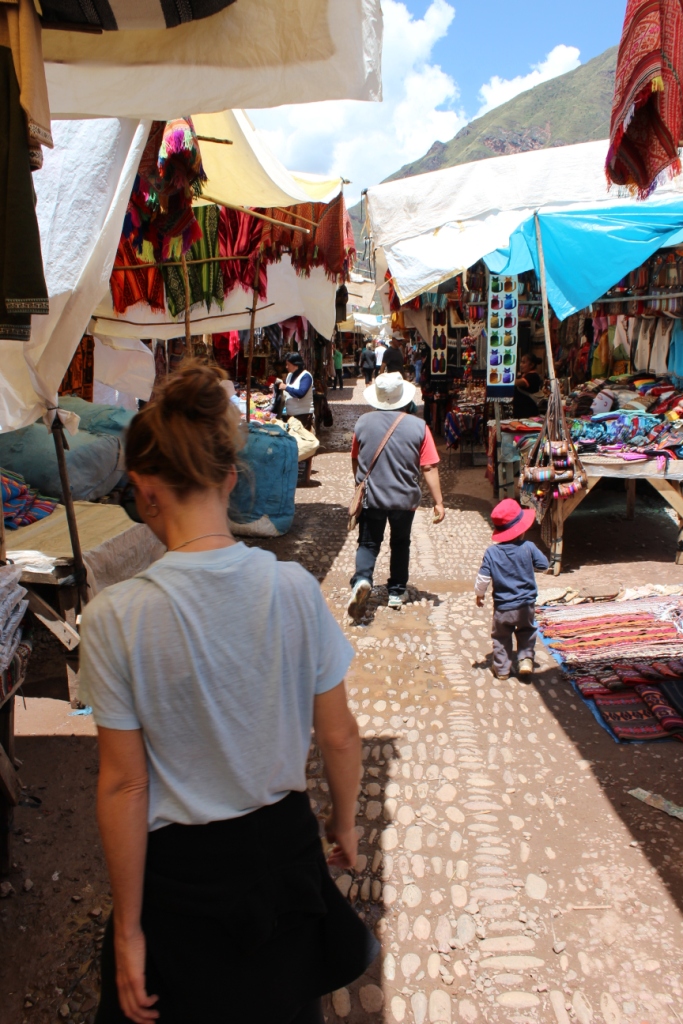 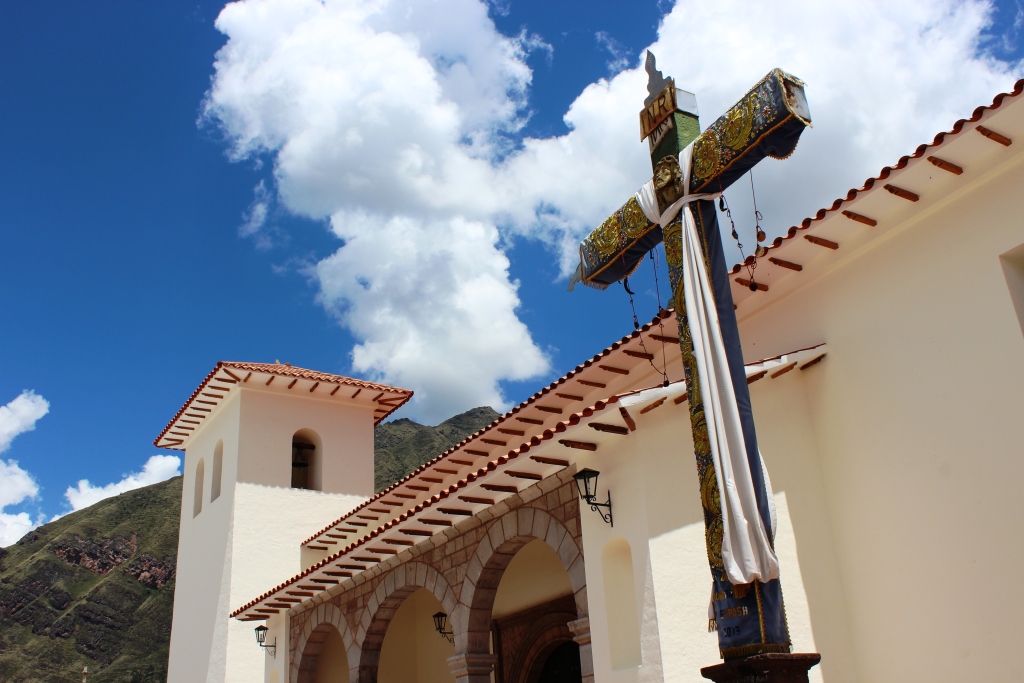 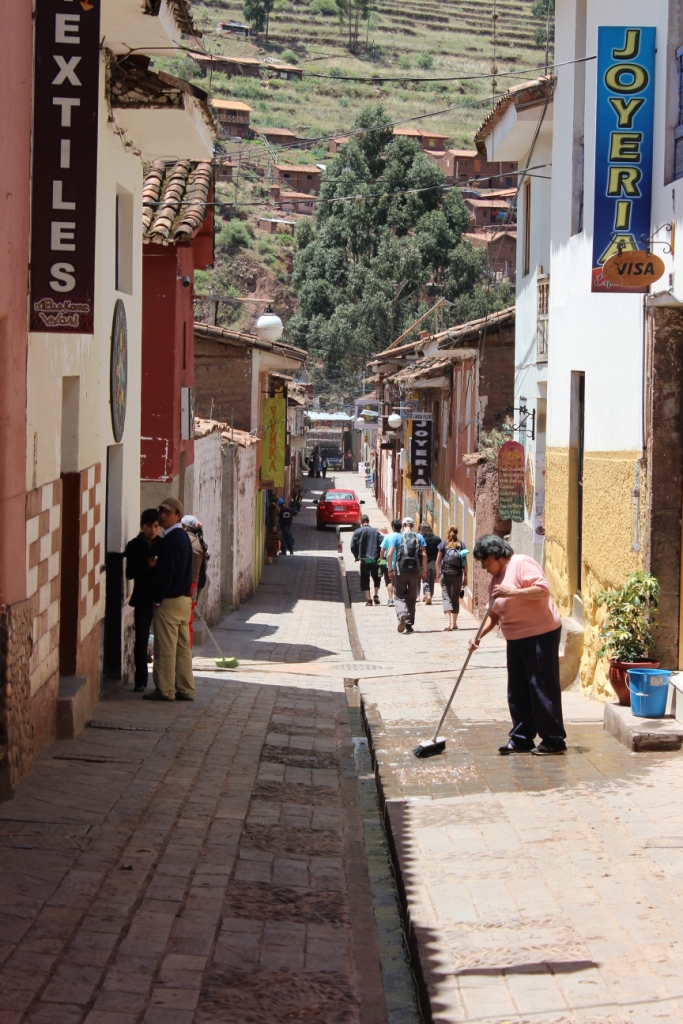