Sacred Valley of the Incas – Moray 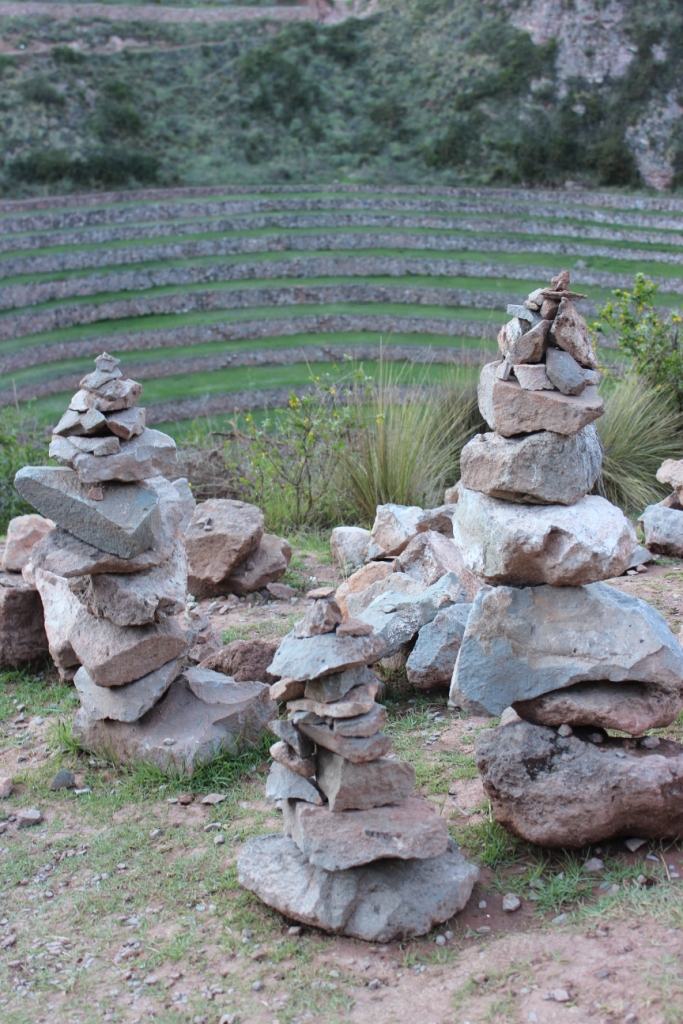 Crossing a bridge and turning back south from Urubamba, we started ascending the steep valley walls on our way to Moray, an Inca site consisting of many circular terraces in deep depressions that experts think may have been an agricultural experiment station. Hoping we could make it before the sun went down, we paused only briefly at the top for one last look at the Sacred Valley of the Incas and a panorama of Urubamba. A few miles down the highway we took a turnoff across a beautiful agricultural plateau to the town of Maras, through which we would have to travel to get to Moray. A police officer in Maras’ main square kindly pointed us in the right direction, as signage was conspicuously absent in town. At our next turn, a local gentlemen standing in the road hailed us down, asking if we were going towards Moray and if we would give a ride to an old Quechua woman who needed to get home. Sure thing. I reached back, opened the back door, and she climbed on in. Right on her heels was another old Quechua woman, trying to climb in while the first shut the door on her face (not in her face, on her face — she literally smacked her right in the head with the door). The second was apparently needing to go in our direction as well, although in retrospect I have no idea how anyone knew this, as she seemed to only speak a single syllable over and over again (and smelled like someone who has been drunk for forty years — please don’t throw up in our car, please don’t throw up in our car, please don’t throw up in our car). Alrighty. Off we went, chasing the setting sun and still hoping to make it to Moray on time. The first old lady spoke a small bit of Spanish, but we relied mostly on hand signals to understand which way we were going. The two of them seemed to argue with each other for the entirety of them time they were in the car together, but over what we shall never know. In time we dropped of lady number two, then lady number one, before driving the final leg laughing hysterically about what had just unfolded.

Pulling into Moray, we ran into the St. Louis group for the third and final time. The sun was setting fast and shadow covered around half of the ruins as we looked down over the ridge, so we booked it on down into the site. Thankfully, Moray is not nearly as large as Pisaq or Ollantaytambo, so we were able to make a decent round in no more than fifteen minutes, running and snapping pictures as we went. 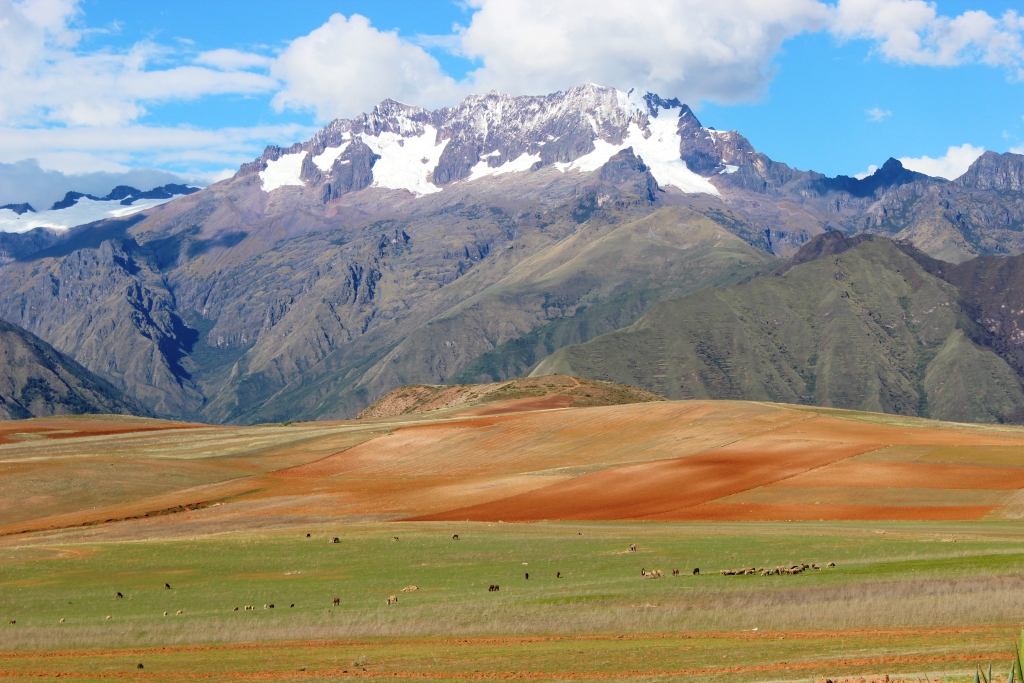 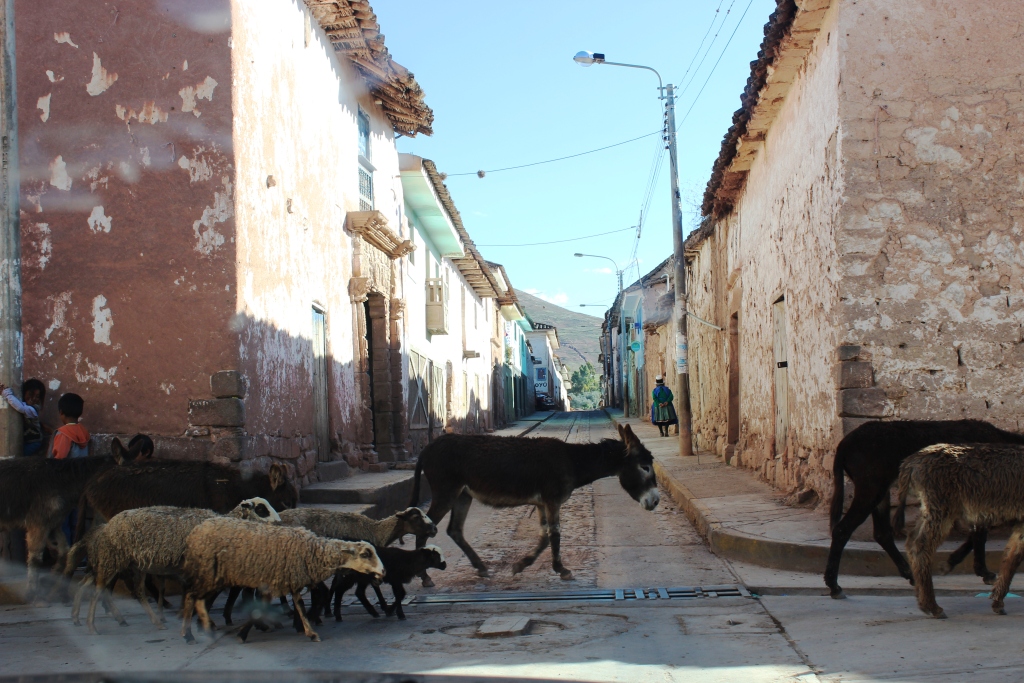 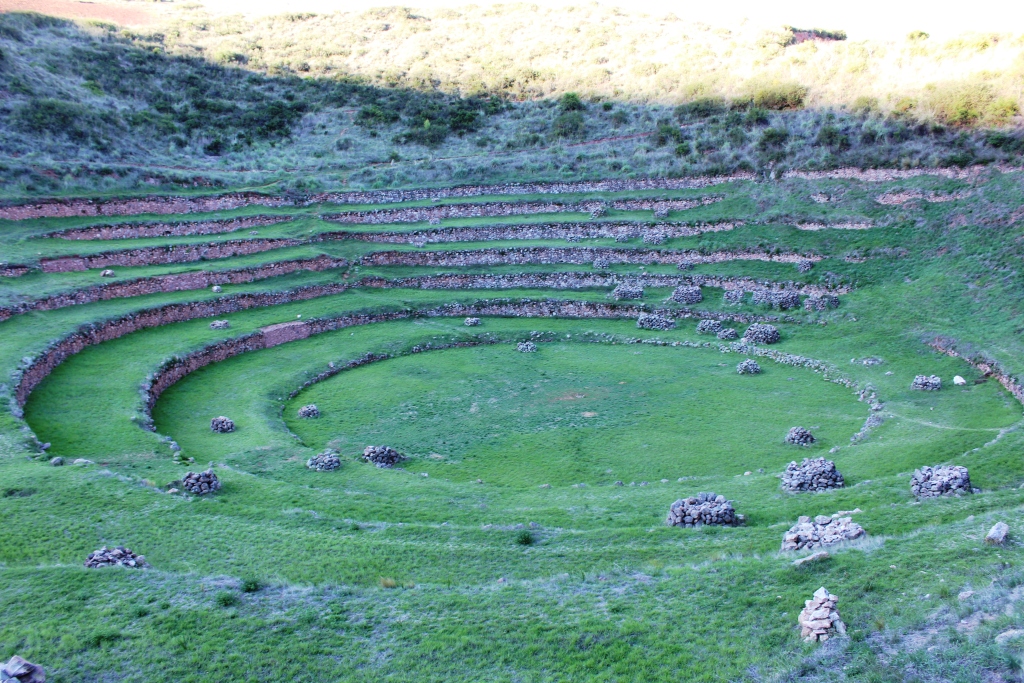 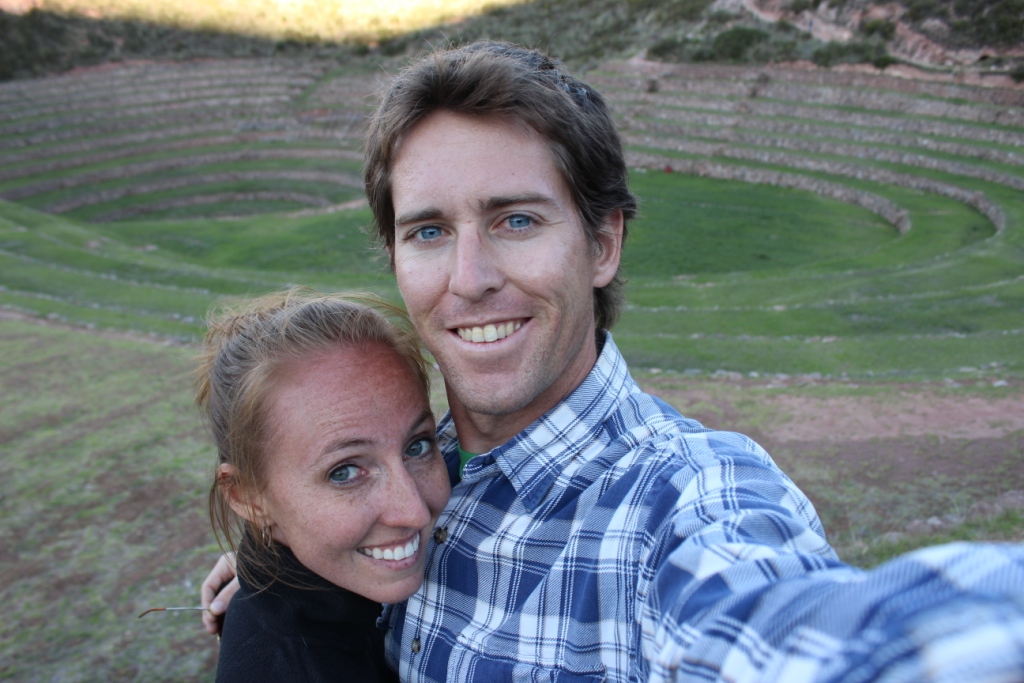 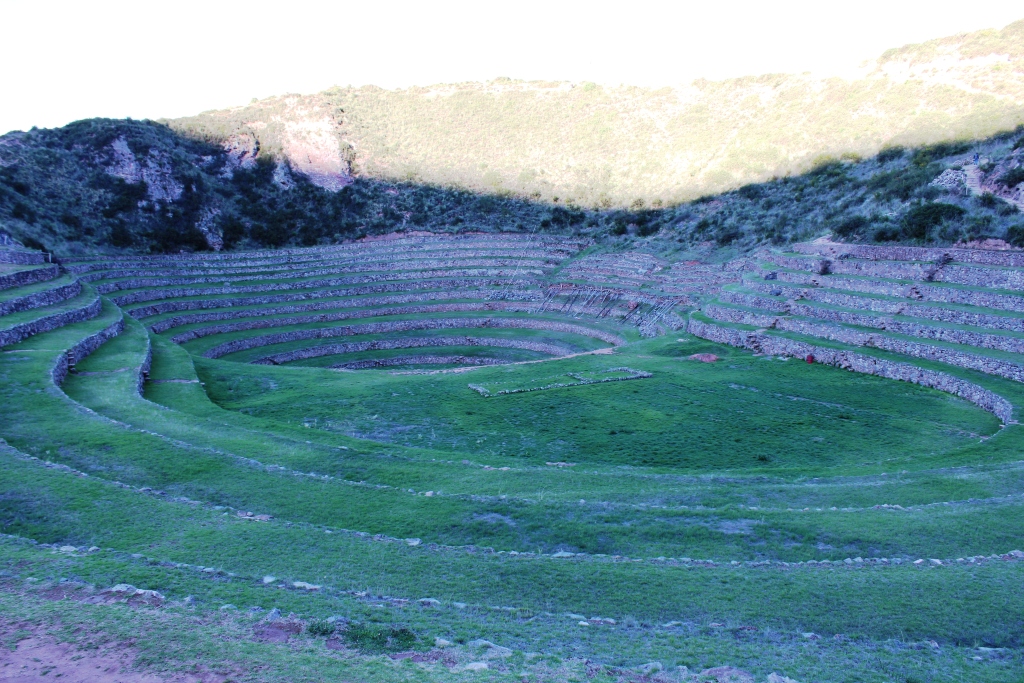 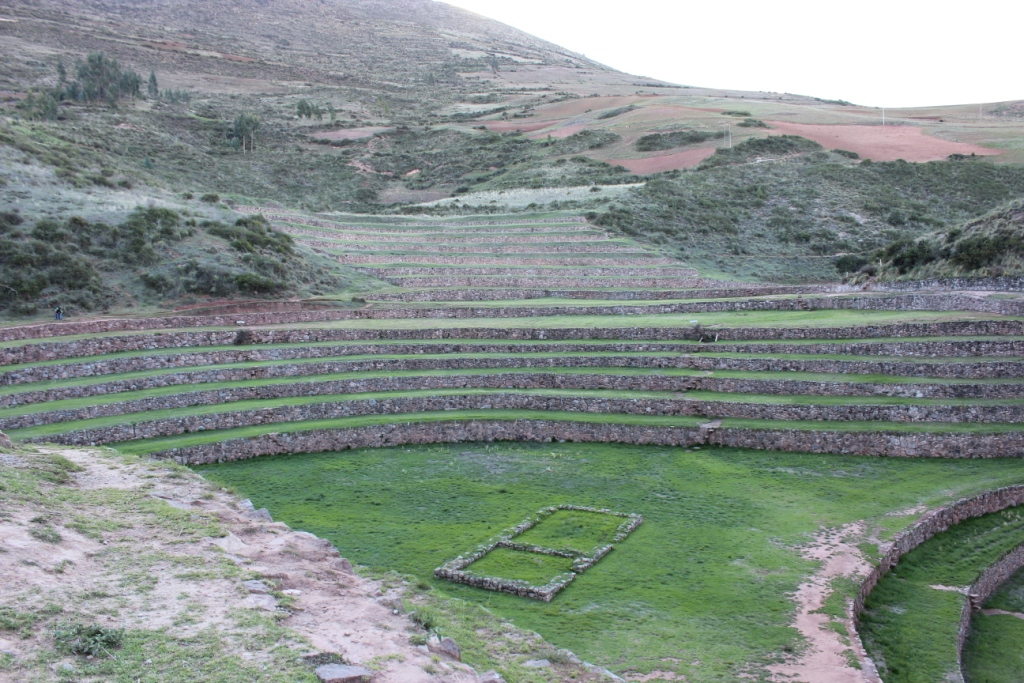 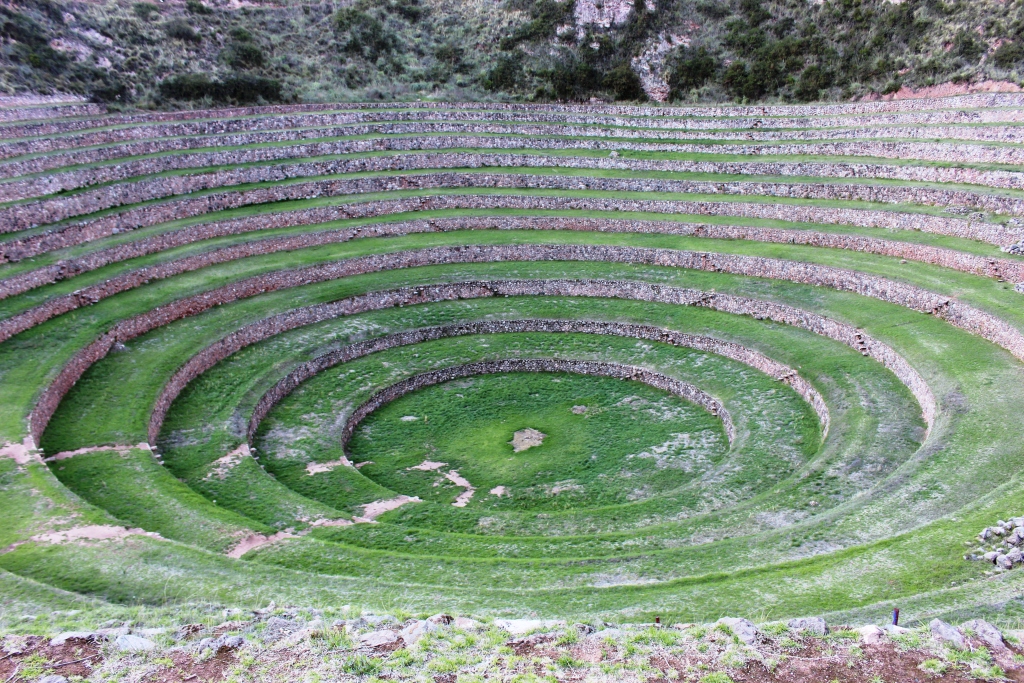 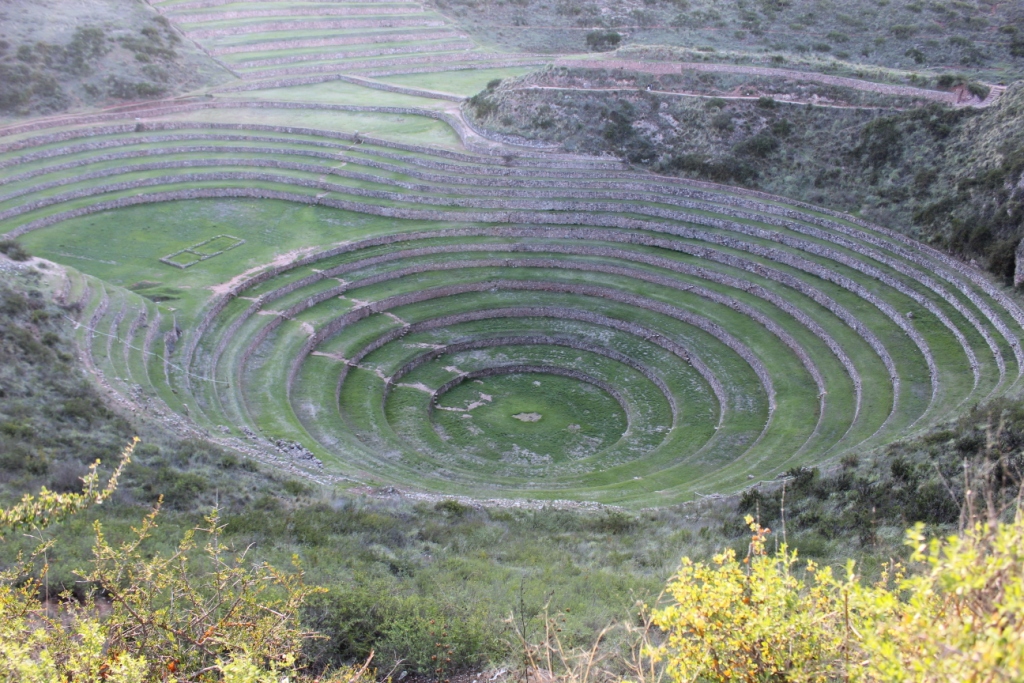 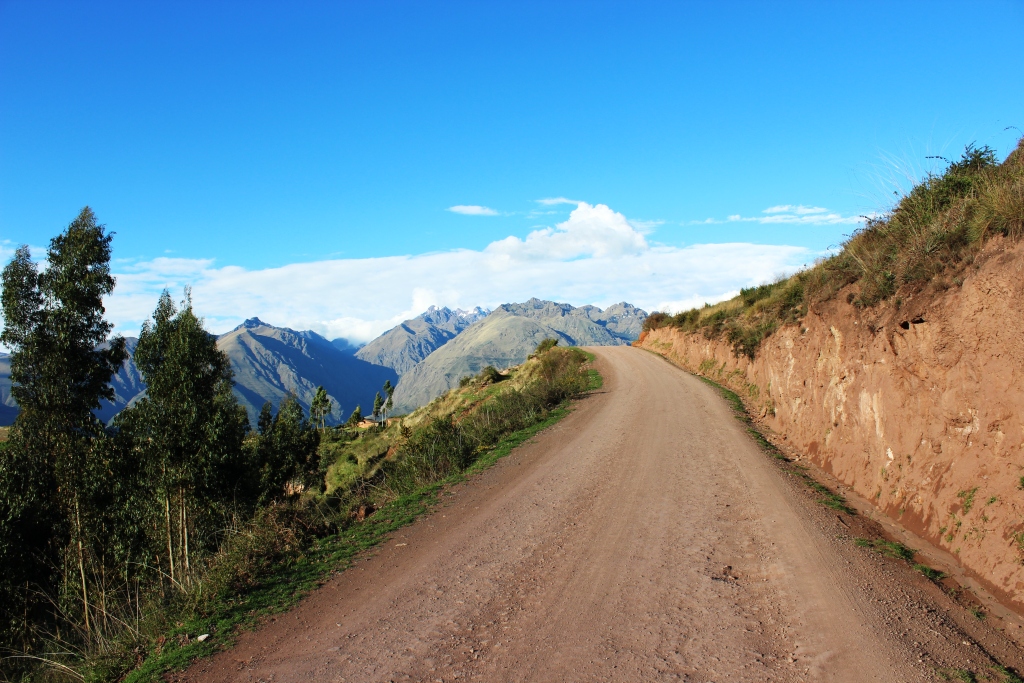 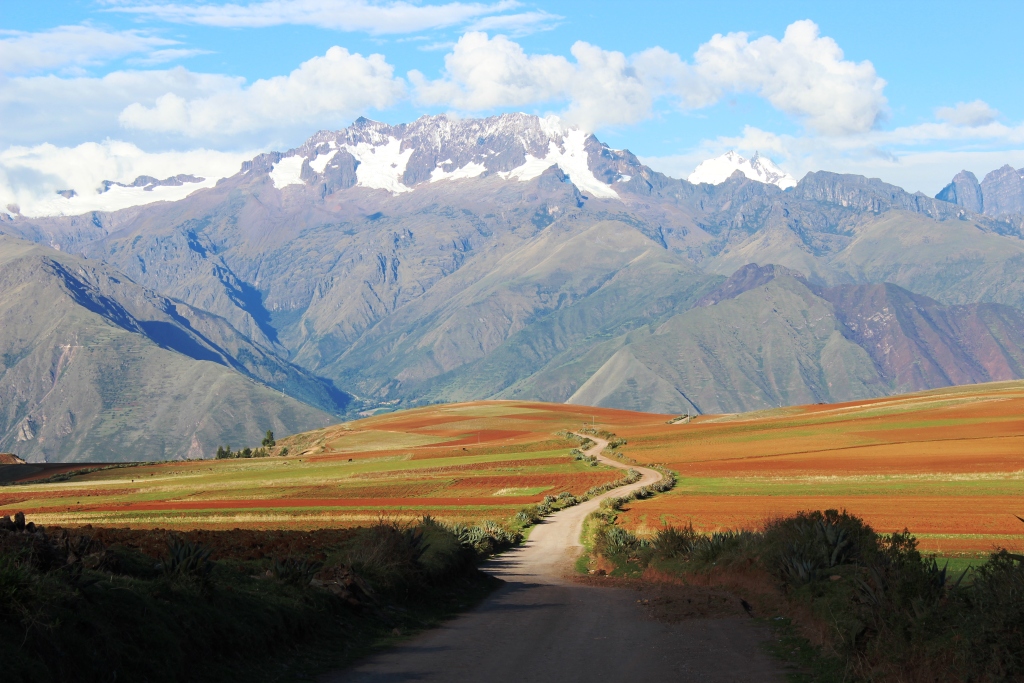