Riding the Rails (and Cables) in Medellín 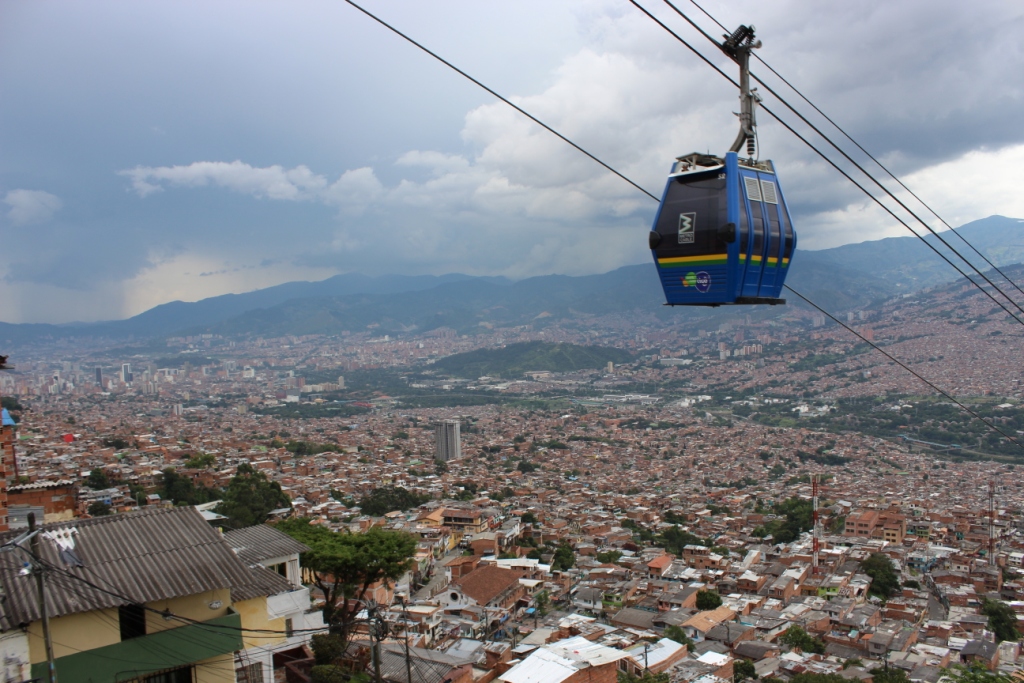 One of the major reasons Medellín was named the 2013 Innovative City of the Year is its sparkling Metro system. Used by 500,000 people each day, the Metro provides cost-effective and rapid transportation for this city of three million, creating a main transportation artery running north-south — Medellín has a narrow, “tall” layout, following the natural contours of the mountainsides surrounding it. Approved in 1982, the system began operation in 1995, putting the entire city within reach of nearly every citizen and bridging the spatial and temporal gap between traditionally underdeveloped neighborhoods and possible new opportunities. For communities on the periphery, average commute times across town have been reduced from over two hours each way by bus to under 30 minutes on the Metro. Trains run every five to seven minutes from 4:30AM until 11:00PM (5AM-10PM on Sundays and holidays), and a single trip costs just 1,800 COP ($0.95 USD).

In a unique effort to reach some of the least developed suburban areas that would benefit most from the Metro, there are also three Metrocable lines, operating since 2004. They are essentially gondolas, traveling from the main Metro stations up the hillsides. Transfers are free, and the trip from the bottom to the top (with a couple stations along the way) takes no more than ten minutes.

Metrocable trips also happen to be popular among tourists, providing an easy way to climb out of the valley and take in sweeping views of this beautiful city. The K Line is especially popular; at its peak is the famous Biblioteca España, one of five libraries recently built in underserved communities as part of Medellín’s extensive redevelopment efforts. On our second Saturday in town we struck out with this destination in our sights. A ten minute ride on the main train gave us a visual overview of the city, and provided us with fodder for some future adventures, before we transferred onto the K Line and began our ascent. Unfortunately, the Biblioteca España itself was undergoing some major renovations, and most of the best places for looking out over Medellín were closed off, but we managed to find a park with perhaps even better views across the valley. 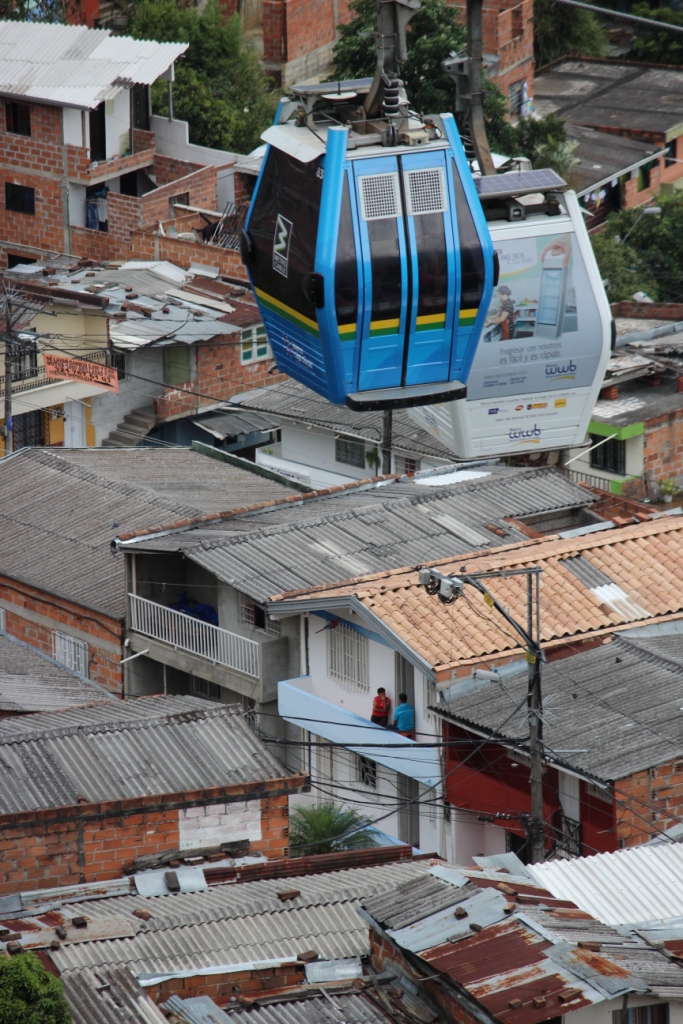 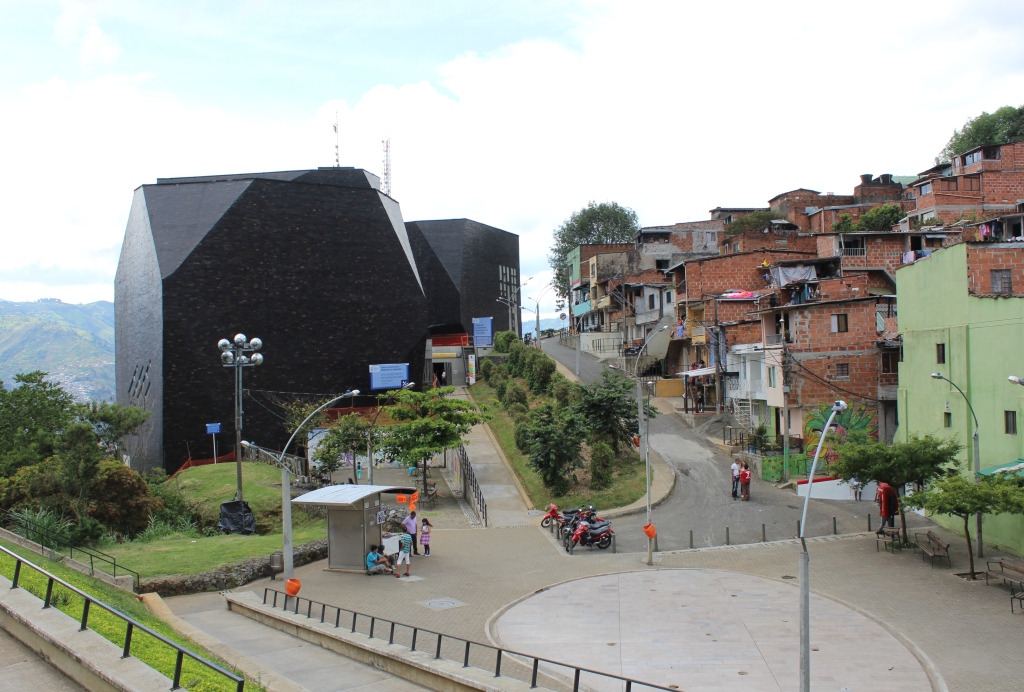 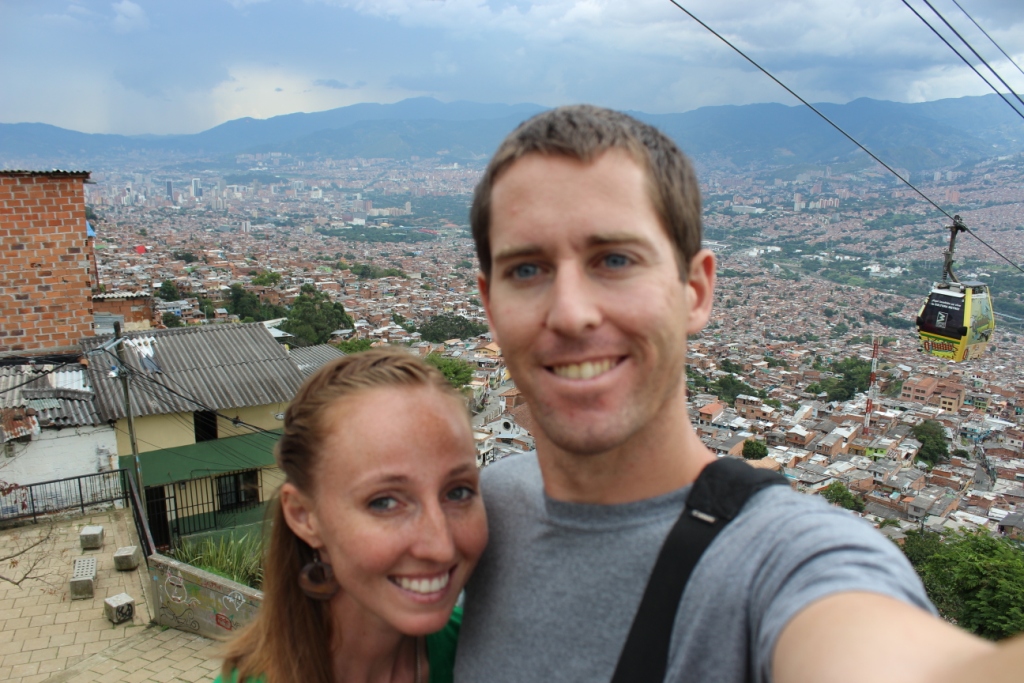