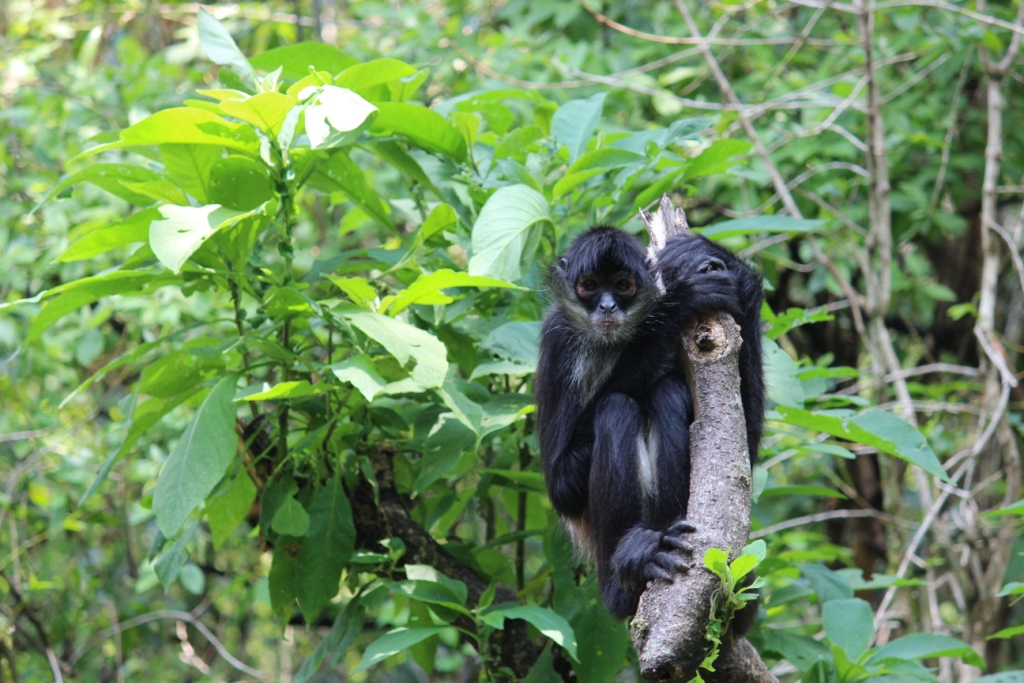 Just northwest of Panajachel is the Reserva Natural Atitlán. Founded in 1995 as a butterfly house and a few trails traversing the dense vegetation of the mountains overlooking the lake, the reserve has expanded since its inception. It now includes a visitors’ center, a few rooms for rent, camping spaces, a small restaurant, an outdoor auditorium, a private beach, suspension bridges strung past waterfalls on the trails, a troop of spider monkeys, lots of coatis, and (perhaps its biggest draw) two zip line courses that start high up the mountainside and work their way down the forested slopes. You can find more detailed pricing on their website, but park entry was Q55 or $7 (yes, they accept US dollars) for adults, and the two zipline trek options were Q220/$29 and Q350/$45.

After arriving on a morning boat at the Pana dock (accompanied by the Vangabonds’ first ever houseguests, the Howards), we walked a few hundred meters up a frighteningly narrow and steep highway before turning off when we saw signs pointing us to the reserve. Though we had originally planned on ziplining, when we arrived at around 10:30AM we learned the next tour wouldn’t be starting until 1:00PM. We paid the Q55 park entrance fee and were told it would be no problem if we were still around later and wanted to pay the difference to upgrade to the zipline adventure. After a few hours of hiking up and down the steep slopes of the reserve (with some butterfly watching and monkey feeding thrown in for good measure), we decided we had pretty much seen it all and were in desperate need of some chairs and some lunch, so off to Pana we went. 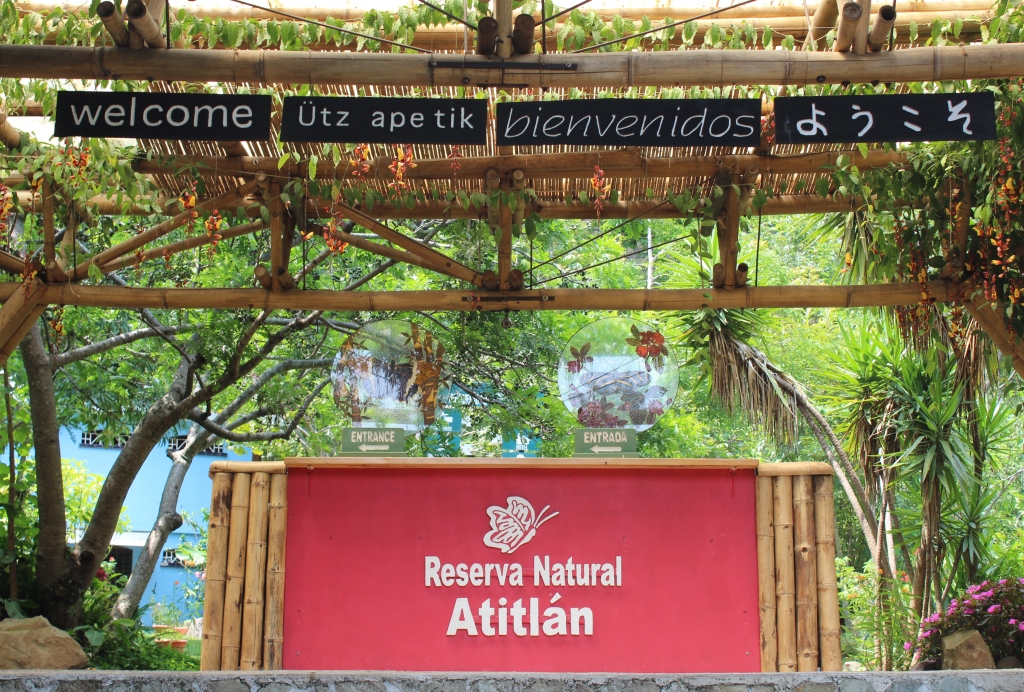 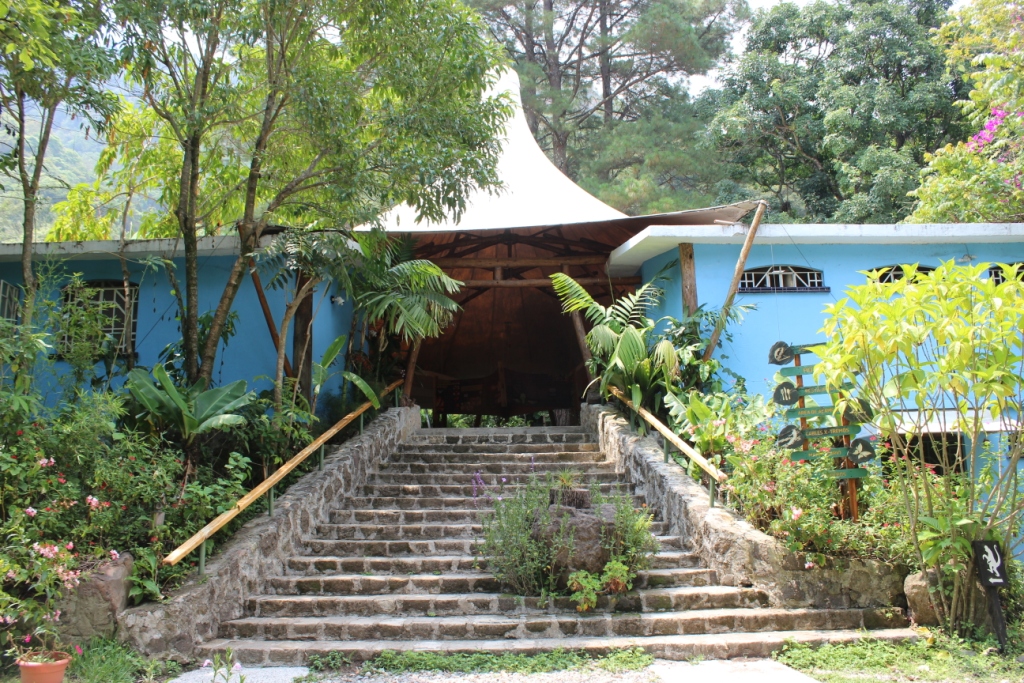 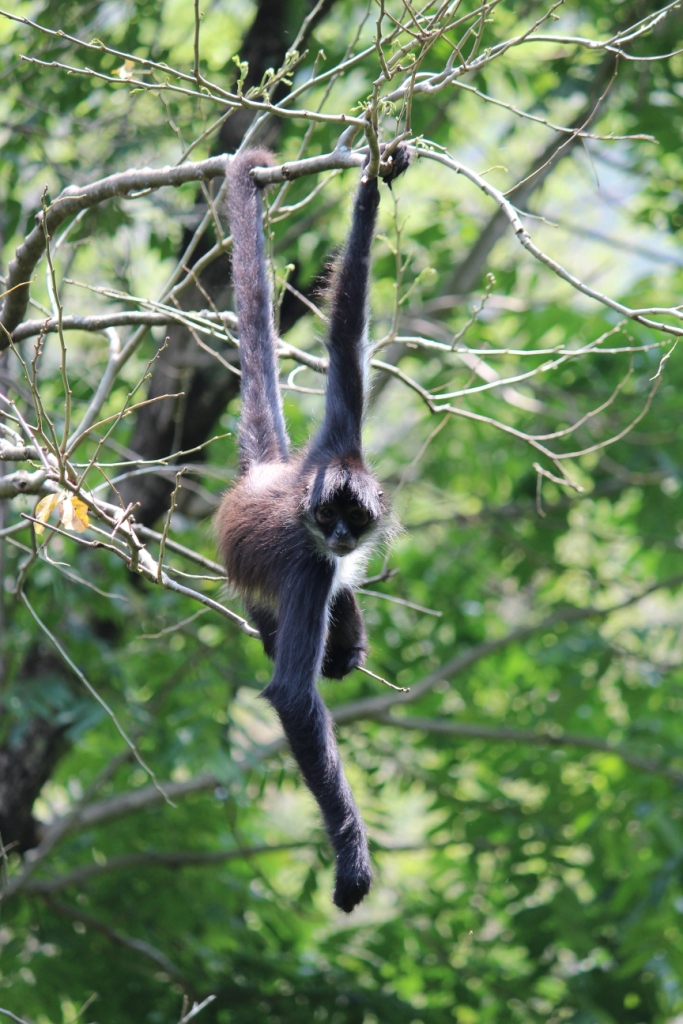 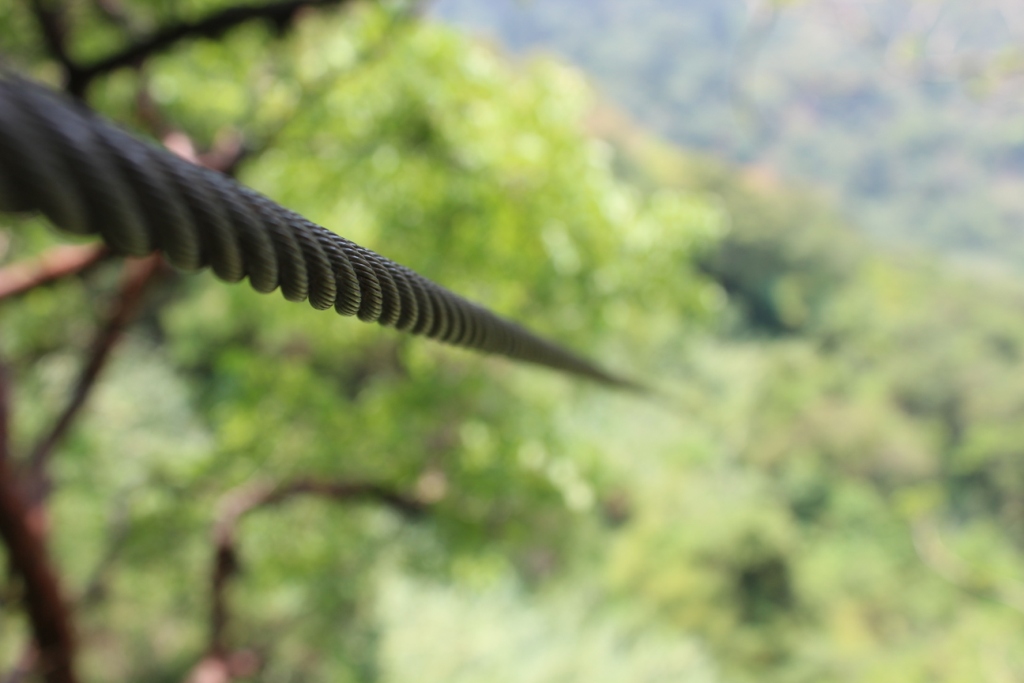 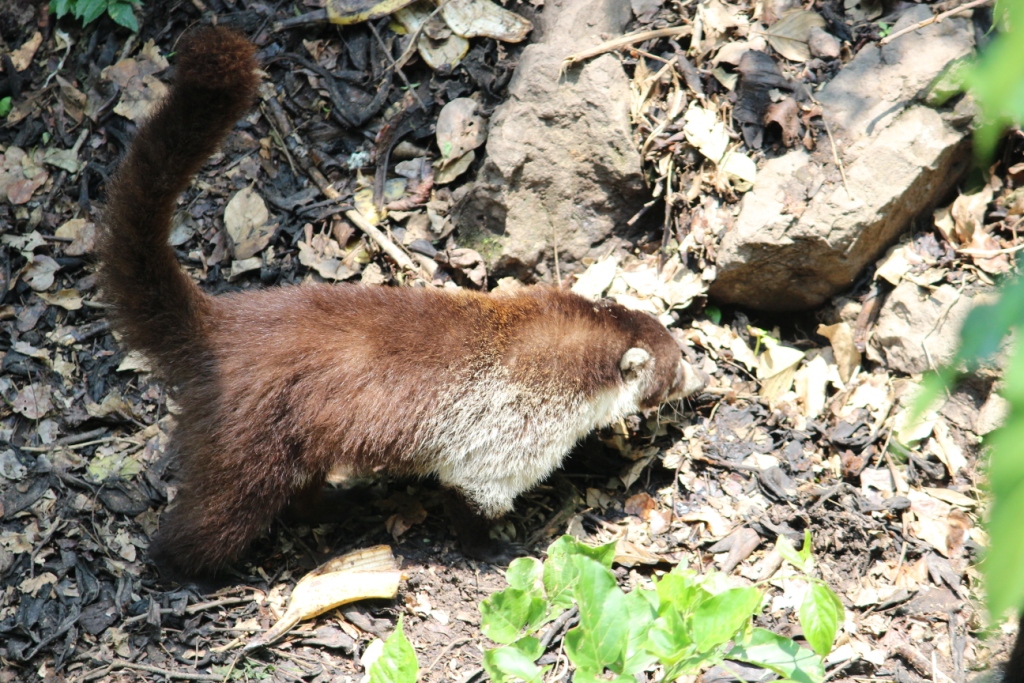 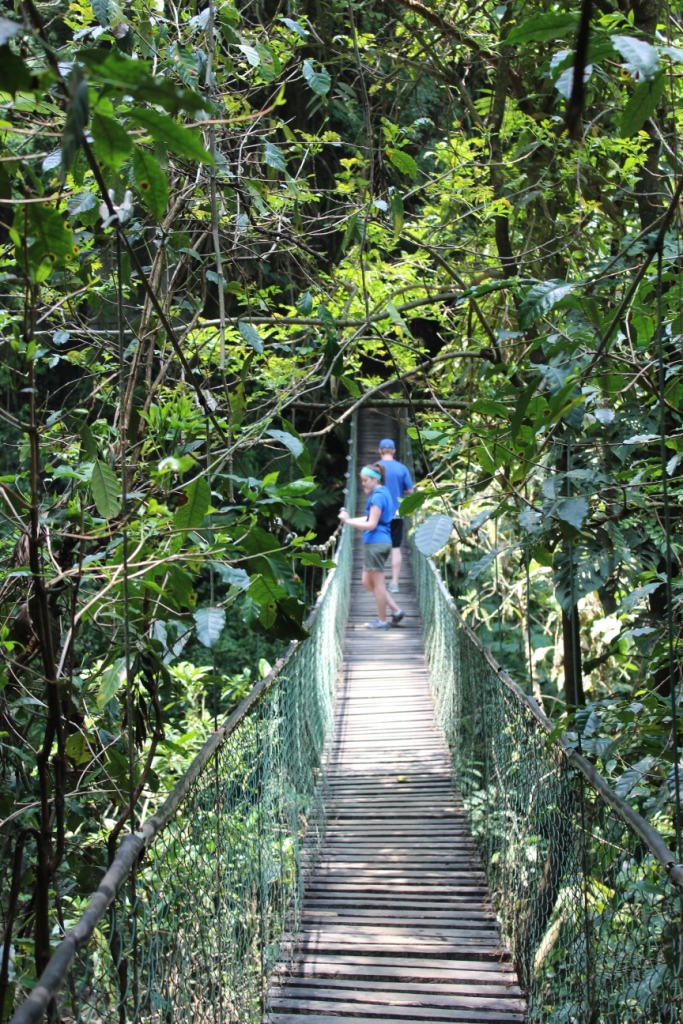 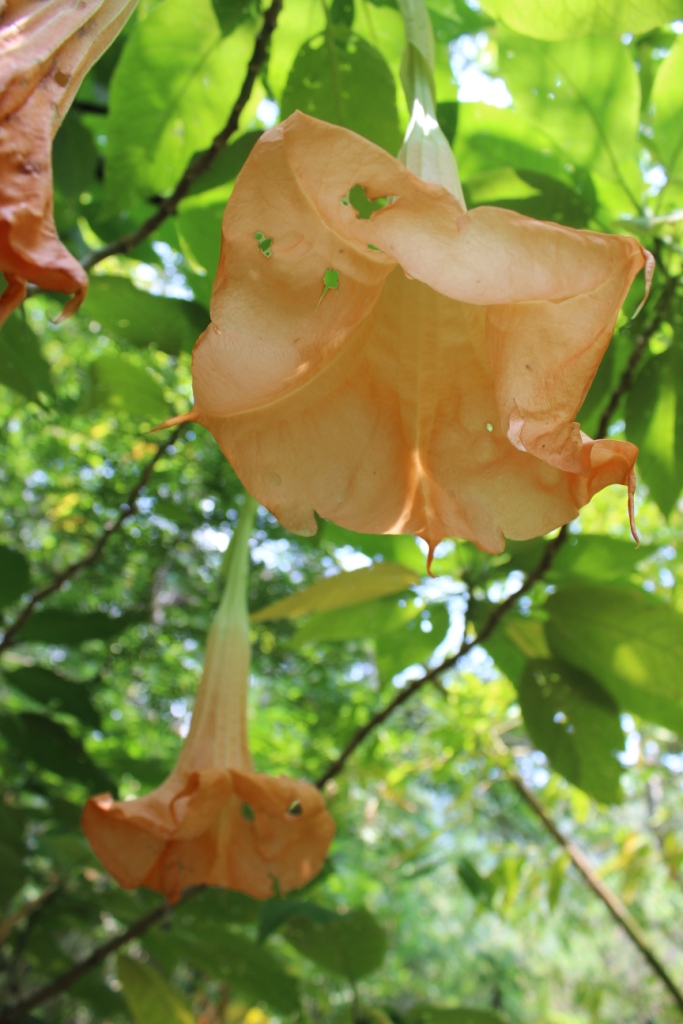 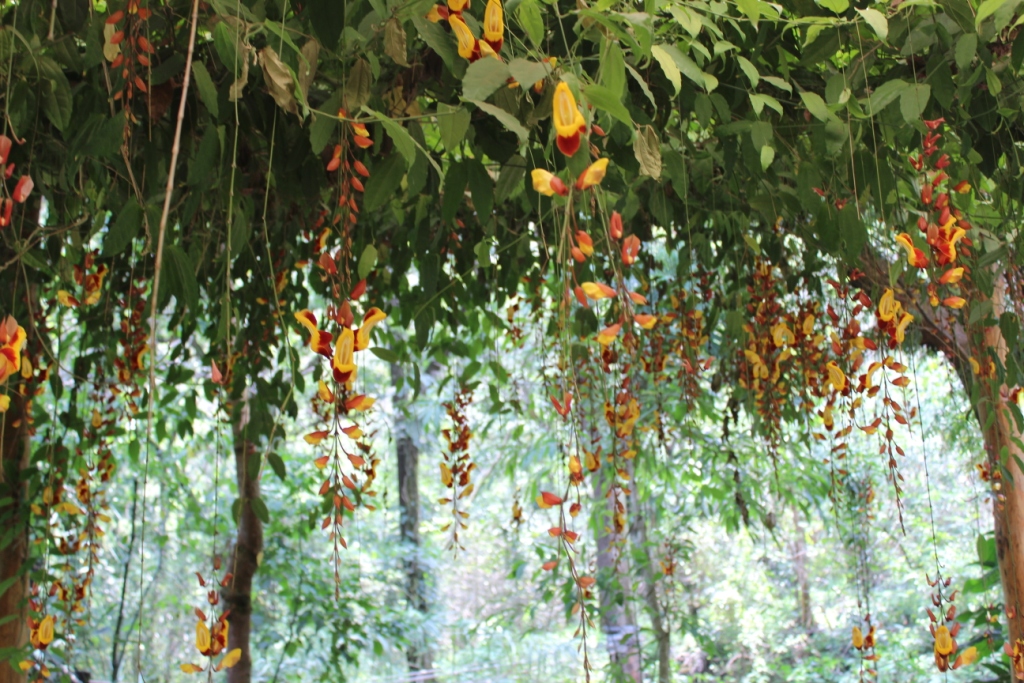 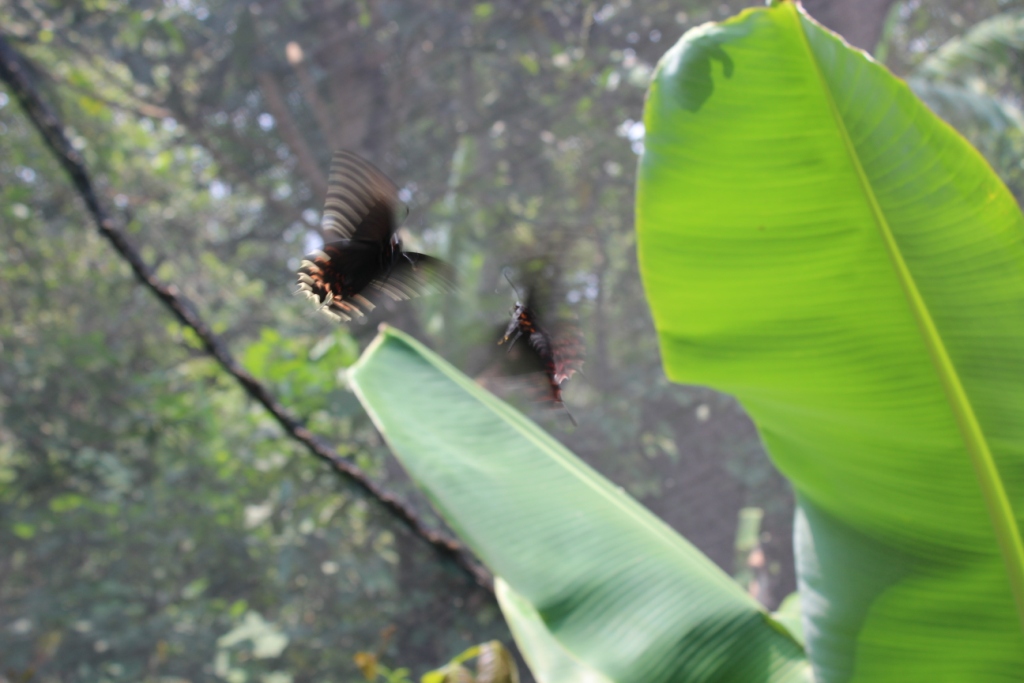