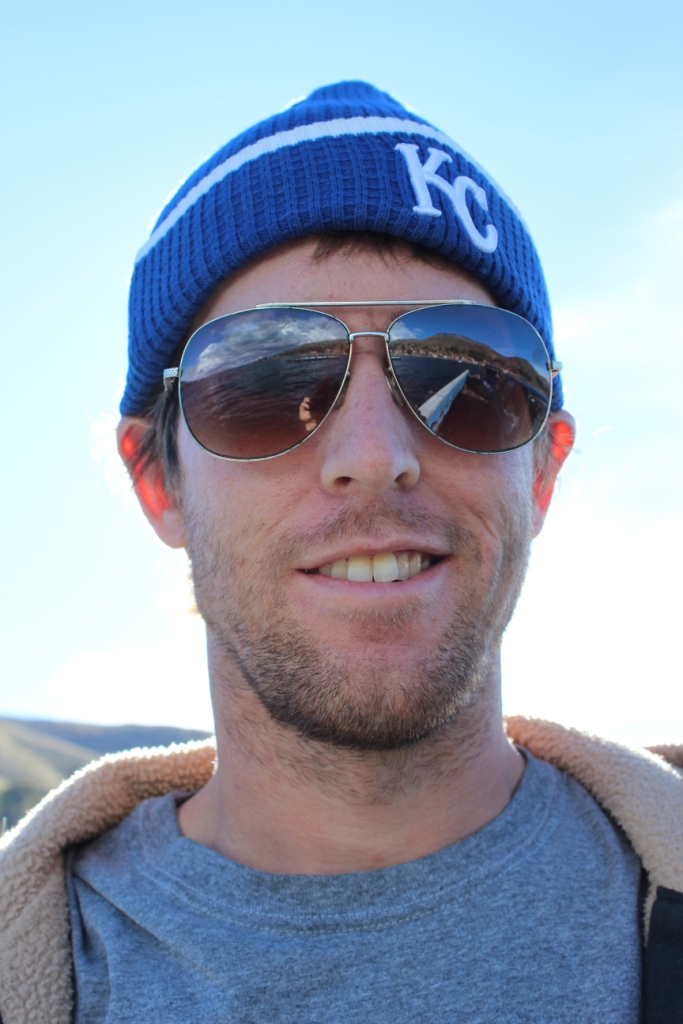 As I mentioned briefly in yesterday’s border crossing post, one benefit of our choice of the longer route to La Paz via Copacabana as opposed to the more southern route through Desaguadero was a surprise bridgeless lake crossing. I should begin by introducing this lake, which is notable for a number of reasons. First, it is called Lago Titicaca, a name which elicits giggles from my grown husband every time it is mentioned. We’re a mature bunch here. Second, the lake, which lies on the border between Peru and Bolivia, is South America’s largest (by volume) lake. Third, at 12,507 feet, it is also noted as the world’s highest navigable lake, though in actuality, largest highest navigable lake or highest navigable lake by the largest vessels is probably more accurate. Last, but not least, the first Inca ruler, Manco Capac, was said to have emerged from the lake to found the Incan empire, being born of the sun in the depths of the Titicaca’s waters. So yeah, it’s a pretty awesome body of water.

Ruta Nacional 2 from Copacabana to La Paz crosses Lago Titicaca at the Straight of Tiquina, a slender stretch of water on the eastern, Bolivian part of the lake that is just short of 2800 feet across at its narrowest point. Vehicles are carted across the lake two or three to a vessel for a fee of Bs. 40 ($5.79 USD) so that they don’t have to go all the way out and around. It was quick. There was little to no communication and certainly no signing of waivers or anything. Just a motion of the hand directing us to pull onto one of the half dozen  rafts waiting at the point where the end of the road we were on met the water. Quite an enjoyable break during a day of driving! 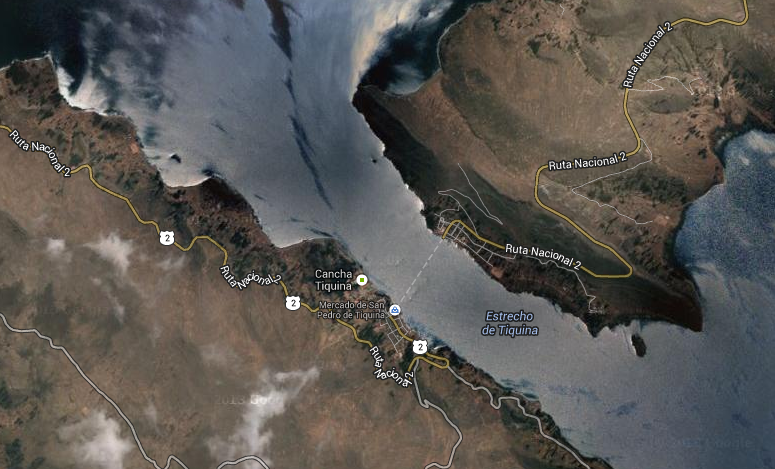 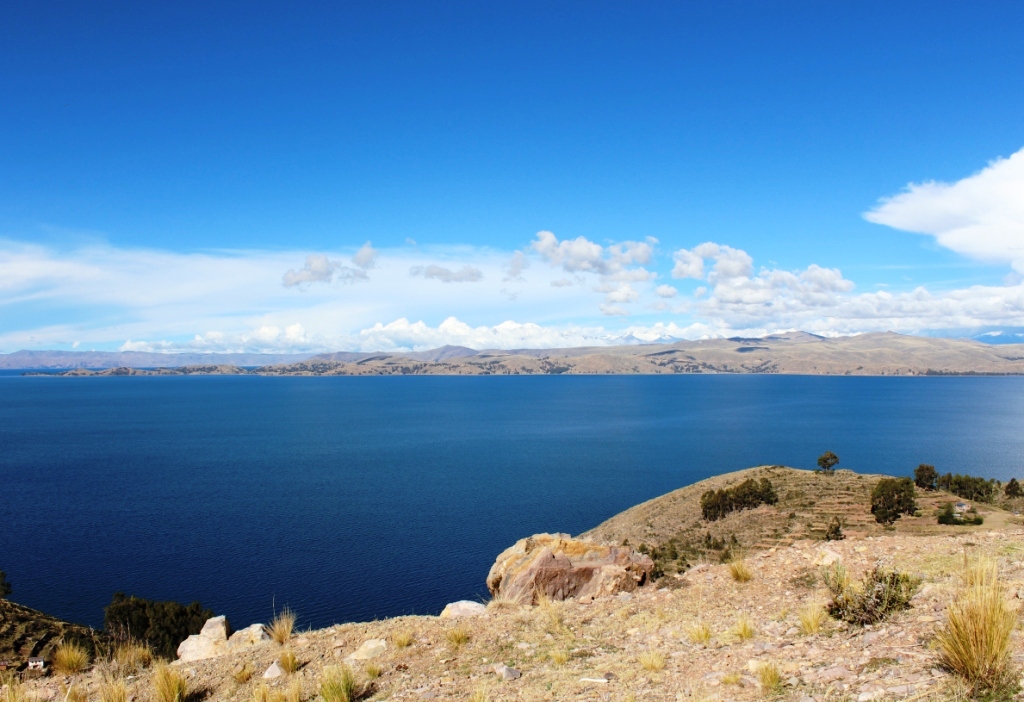 The lake on the Bolivian (small) side with snow covered mountains beyond. 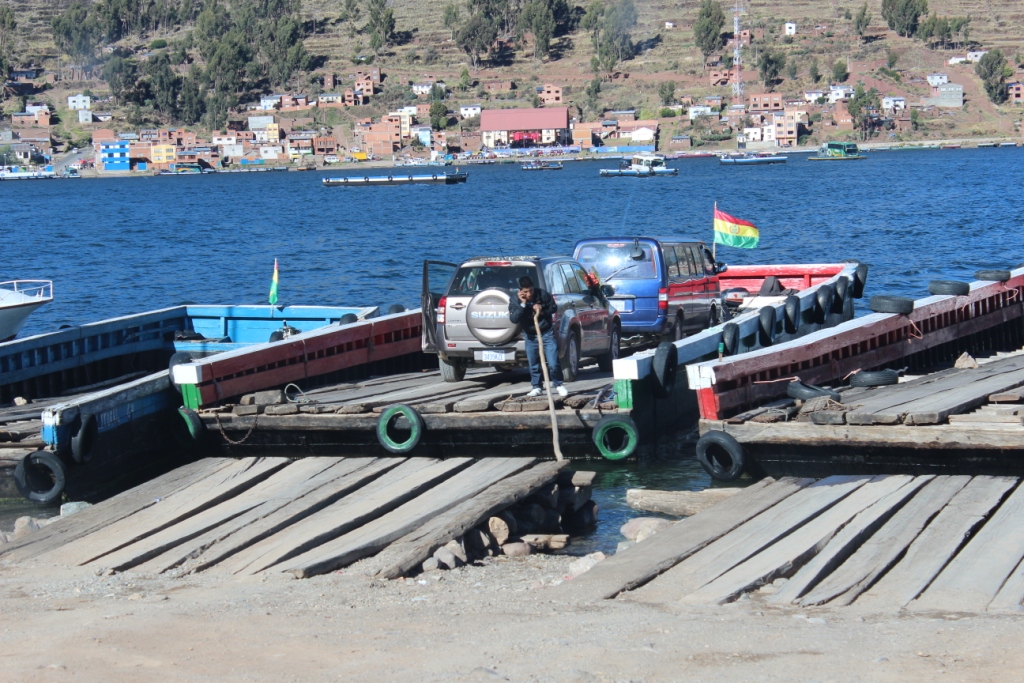 A ferry operator talks on his cell phone while pushing his raft away from shore. 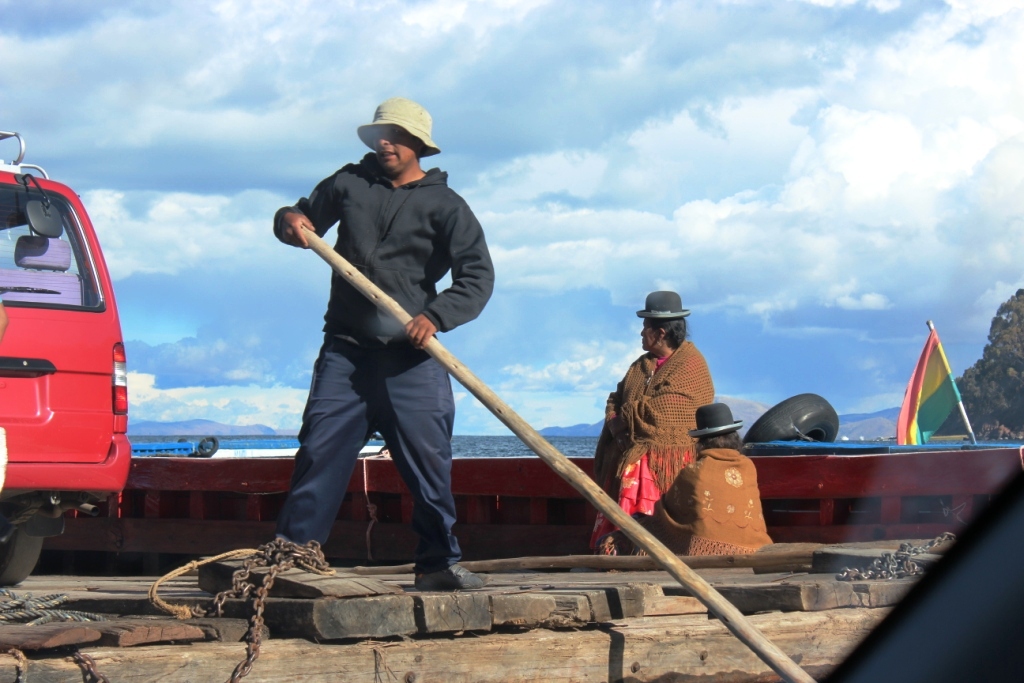 Ferry operator pushes away from shore while two extra local passengers look across the lake. 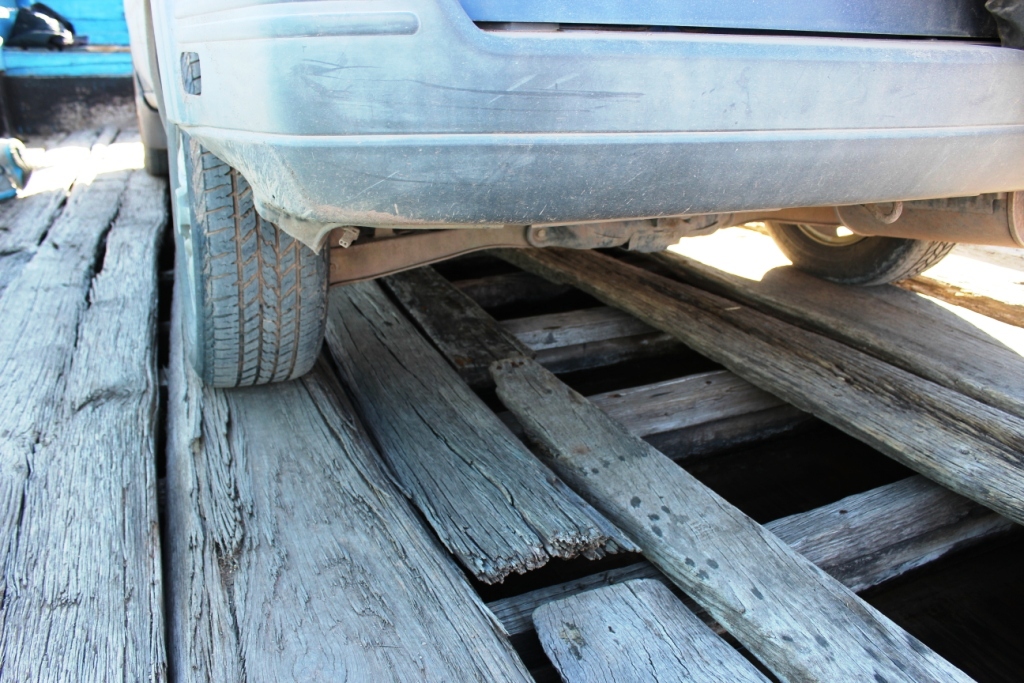 Loaded onto the ferry raft. 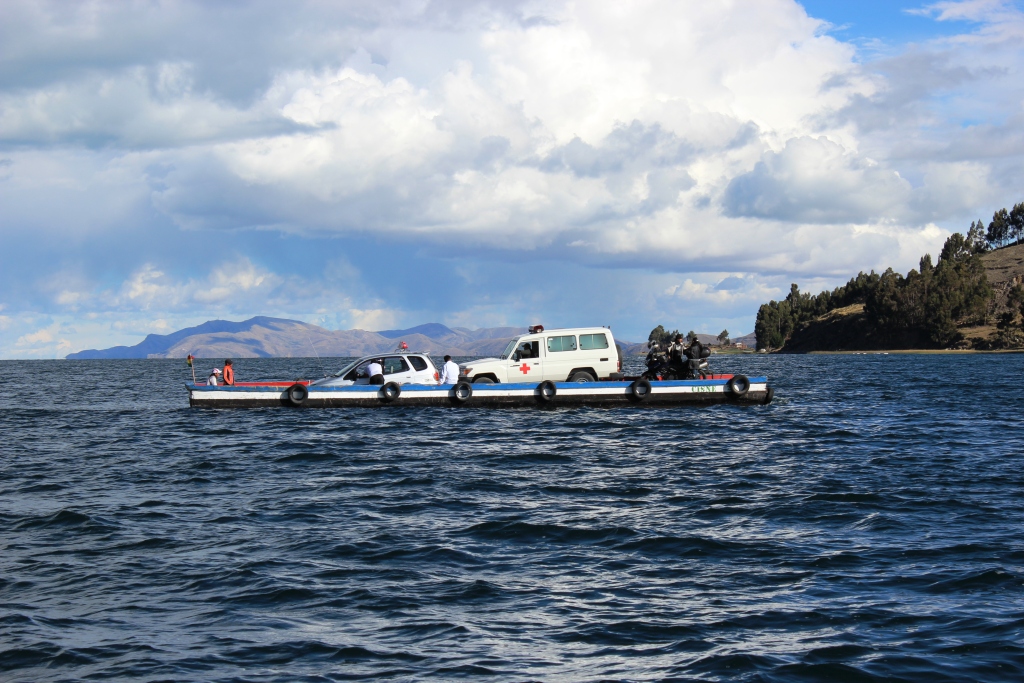 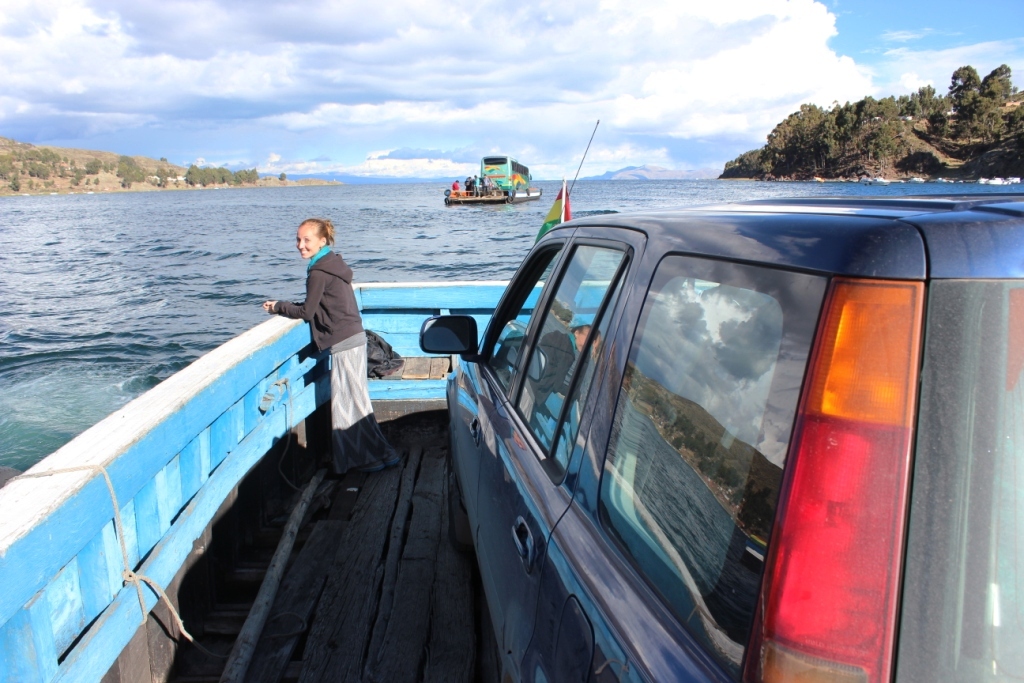 Brianna and the CR-Van crossing Titicaca. 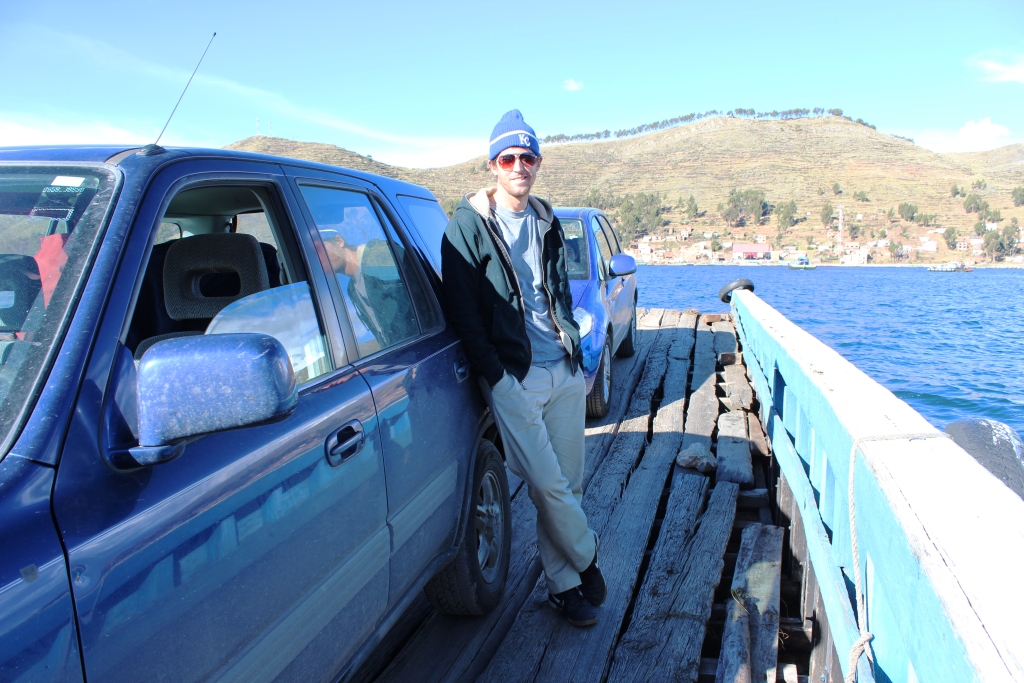 Ian and the CR-Van crossing Titicaca.