Putting the Van in Vangabonds 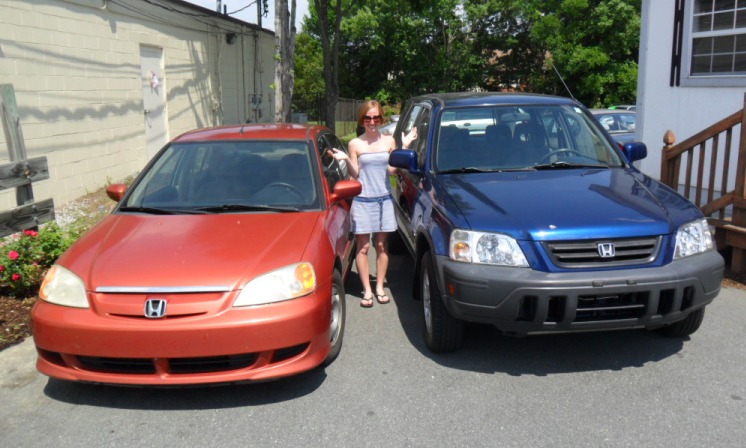 The process was a lengthy one. Start to finish it took nearly four months. Of course, we had visions in our head of a VW Microbus or a Vanagon, but those came crashing down to reality when we thought about the distance we plan on covering and the quality of roads we will traverse in order to so. A few things were certain. We would be looking for a small SUV or a light truck, and we didn’t want anything that was too new or would turn heads. In lands where petty crime rates might be higher than American suburbia, the last thing you want to do is be flashy or show indiscretion.

Step one was to lay out some priorities. In no particular order, the most important criteria were:

With these factors in mind, we headed to our local library branch to pick up a copy of Consumer Reports Used Car Buying Guide, which we used to make a preliminary list of some possibilities in a spreadsheet. Next, using Cars.com, MSN Autos, and the aforementioned Consumer Reports as references, we proceeded to fill in our criteria for each model, one of us starting at the top of the list and the other at the bottom. You can find all of our handy work on this Vehicle Model Search page. There were many immediate losers and a few also-rans, but two finalists emerged. Both the Honda CR-V and the Toyota RAV4 met all of our most important criteria.

So the search began. Ideally, we hoped to find one of these models from the late 1990s or early 2000s with low enough mileage to last awhile (90-120K) in good mechanical condition with just enough cosmetic issues to both help us blend in and keep the cost down. After some time getting to know the market, we started to get serious, making calls and setting up test drives.

And now it’s all over. Our ride has arrived. It’s a ’98 ultramarine CR-V with 119K miles. The vanity mirror is smashed. The clock doesn’t work. There are a few stains. But he/she (we are undecided on the gender) hopefully has a lot of miles left and the back seats fold all the way down if we need to crash (figuratively) for the night sometime along the way. Plus there’s a picnic table that folds up under the cargo area, so we’ve got that going for us.