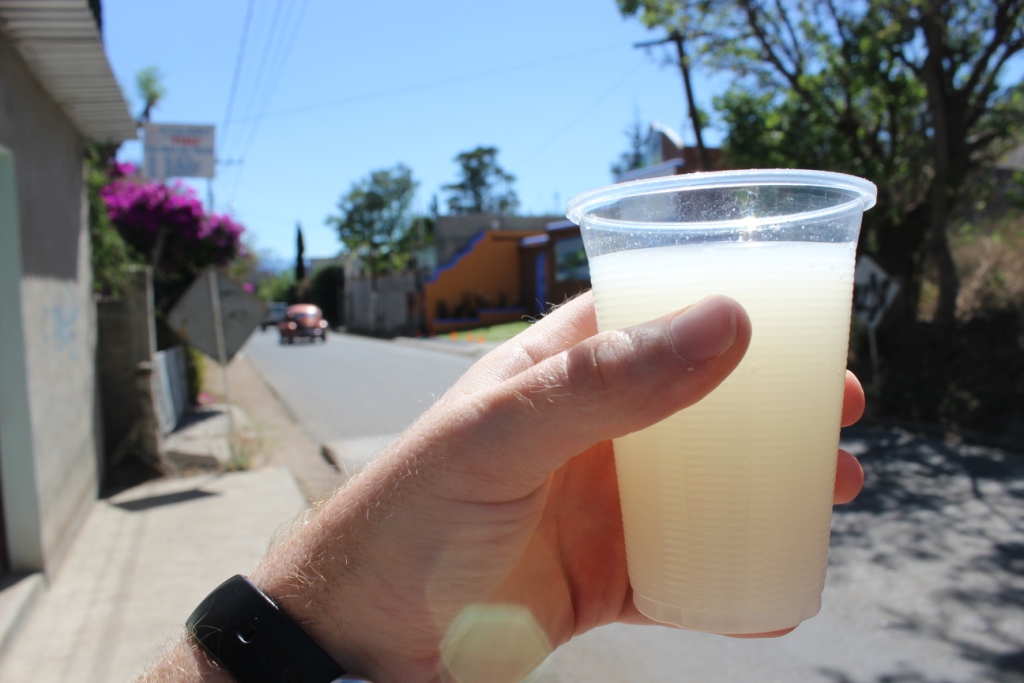 When we detailed some of the differences between tequila and mezcal last month, we failed to give due credence to another drink native to central Mexico, pulque. Like its more famous descendants, pulque is made from maguey plants; however, whereas the other two are made from the baked heart of the plant and distilled, pulque is fermented from the sap, known as aguamiel. A maguey plant takes at least twelve years to mature enough to produce aguamiel, but a healthy plant can produce up to five or six litres for an entire year (though most only make it four to sixth months before dying). The fermentation process typically occurs in large vats (tinas) in a special building (tinacal) and takes somewhere between seven to fourteen days. The finished product must be consumed quickly before spoiling.

There are several Aztec myths relating the origins or early history of the drink. Many of these involve Mayahuel, goddess of the maguey; the sap of the plant was thought to be her blood. Another tale claims that pulque was discovered by Possum, and one Aztec story even traces the drink to their cultural predecessors, the Toltec. (Side note: There is a group of deities in Aztec mythology called the Centzon Totochtin. This translates to “four hundred rabbits,” and that’s exactly what they were, meeting frequently to celebrate their roll as the gods of drunkenness. AMAZING!)

What is known is that pulque’s history is a long one. The earliest representations thought to be pulque in pre-Hispanic art are close to 2,000 years old. Most famously, a 187 foot long mural discovered at the Great Pyramid of Cholula in Puebla depicts pulque drinkers in a variety of situations. While many pulque customs and traditions are surely lost, the Aztecs are thought to have generally permitted the drink only for the nobility and priestly classes. Pregnant women and the elderly were sometimes allowed to consume it as well, as it was seen as highly nutritious. (Soon-to-be-human-sacrifice-victims were also given pulque to ease their anxiety. How generous!) After the Spanish conquest, pulque became popular among all classes of society, leading to the creation of a distinct drinking culture centered around a special kind of bar, the pulqueria. Consumption reached a peak in the late nineteenth century before falling out of favor (this can be traced to a variety of causes, but was mostly a result of the introduction of beer).

Pulque can still be found in Mexico, predominantly in rural areas of the central highlands. Production is usually small scale, and when I happened to run by a small store with a clay pot labeled “PULQUE” sitting in the door we jumped at the opportunity to give it a go. We paid ten pesos ($0.80 USD) for one cup, gave it a try, then went ahead and bought another so we could each have one. It smelled like the air in the town of Tequila, looked like watered-down milk, felt fairly viscous, and tasted slightly sour and yeasty. Our reactions were somewhat mixed. It wasn’t as entirely disagreeable taste, but then again it also wasn’t hard to see why many people prefer to mix it with fruit juice. 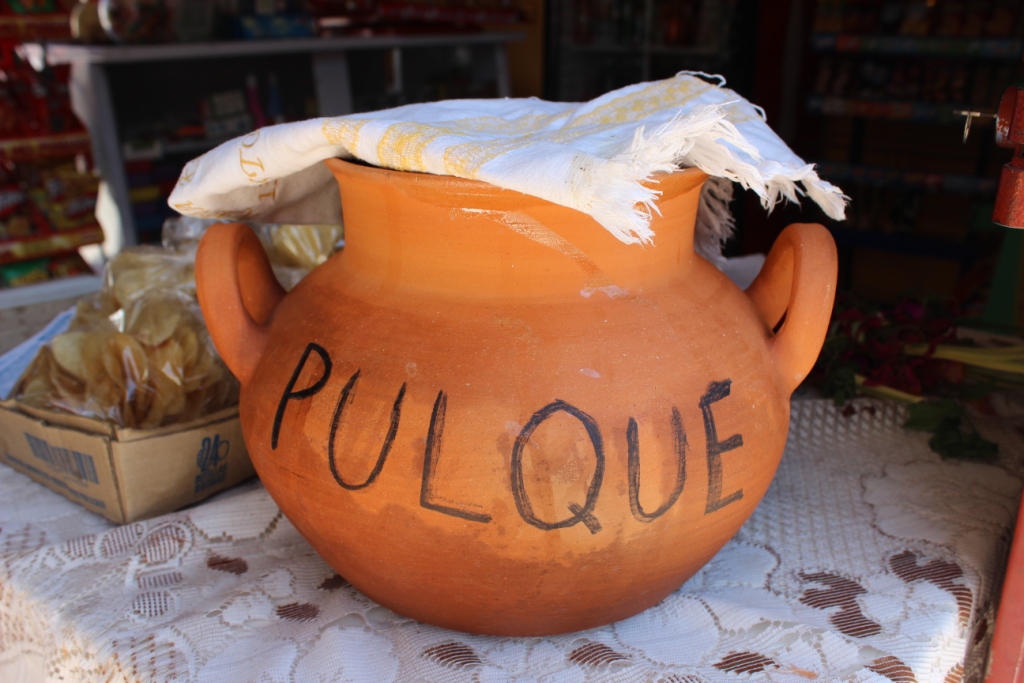 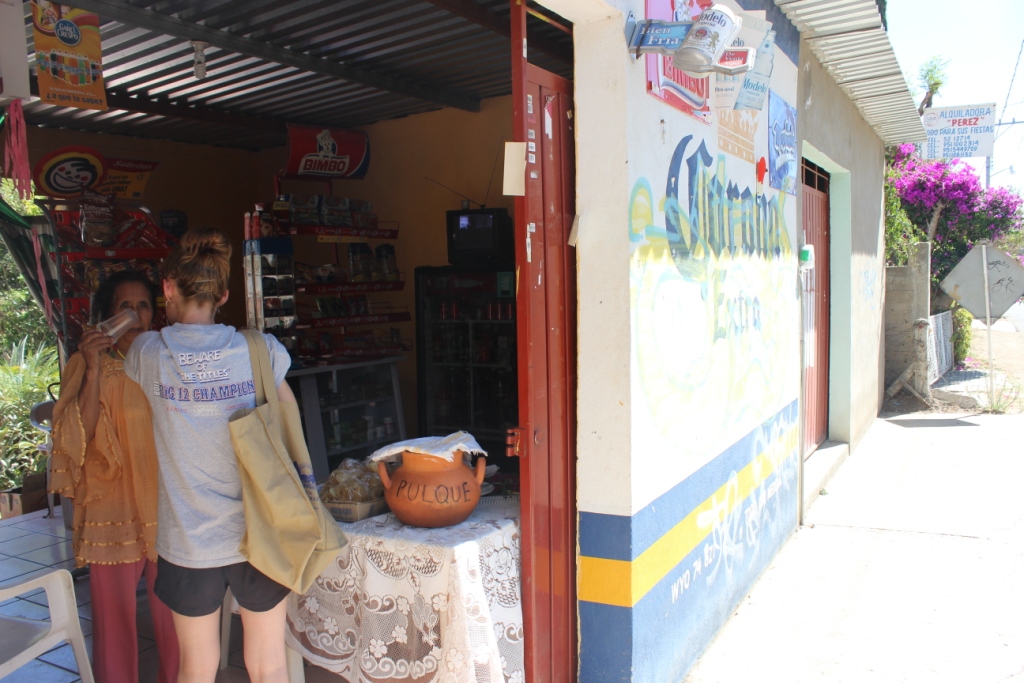 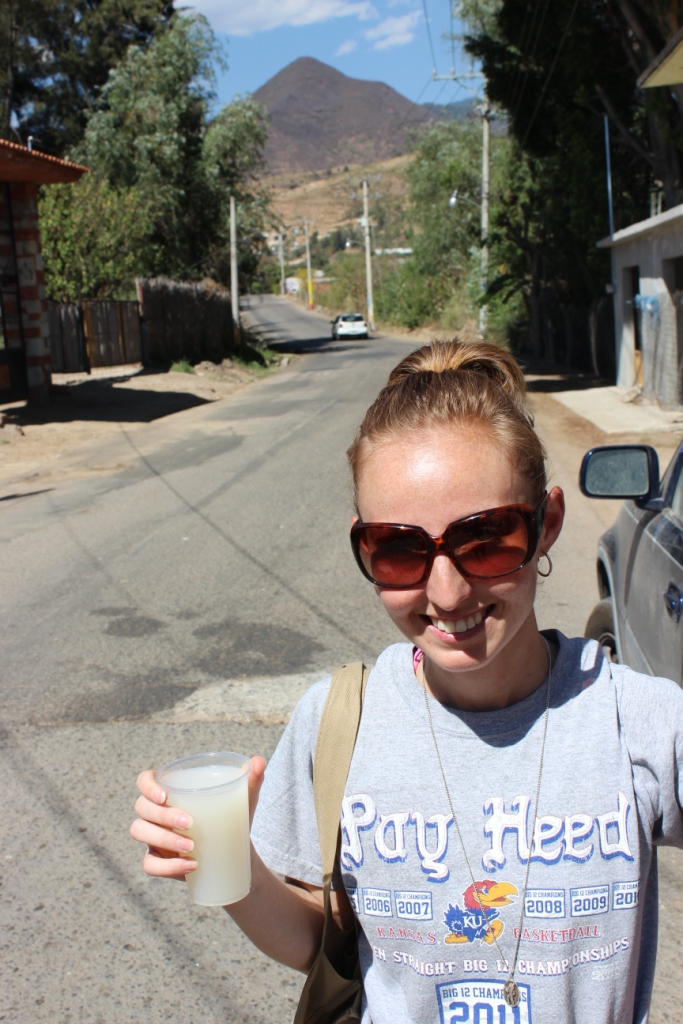