When Ian first told me that we needed to try poutine while we were in Montreal, I thought he was telling a bad dirty joke. Lucky for all of us, he was actually referring to a traditional Quebecois dish, and poutine, though in fact a guilty pleasure, is in no way a joke. In its basic form, poutine consists of a styrofoam container of french fries topped with brown gravy and cheese curds – truly delectable, my friends.

This poor man’s dish has found its way throughout most of Canada and supposedly into some places in the northern United States. Even Burger King, among other big name fast food places, offers a healthy dose on their Canadian menu. In Montreal, every block has a pizza-by-the-slice joint or a small cafe or even a specialty fried potato restaurant serving up multiple variations on the already magnificent regular version. You know, other important things that you might want on your gravy and cheese curd covered french fries like hot dogs, pepper sauce, and smoked meat.

Today we had our first experience with the famous dish, ducking inside of a small, greasy restaurant on Rue Saint Laurent for a heaping pile of regular poutine. It was the best $6 we’ve spent in Montreal yet. 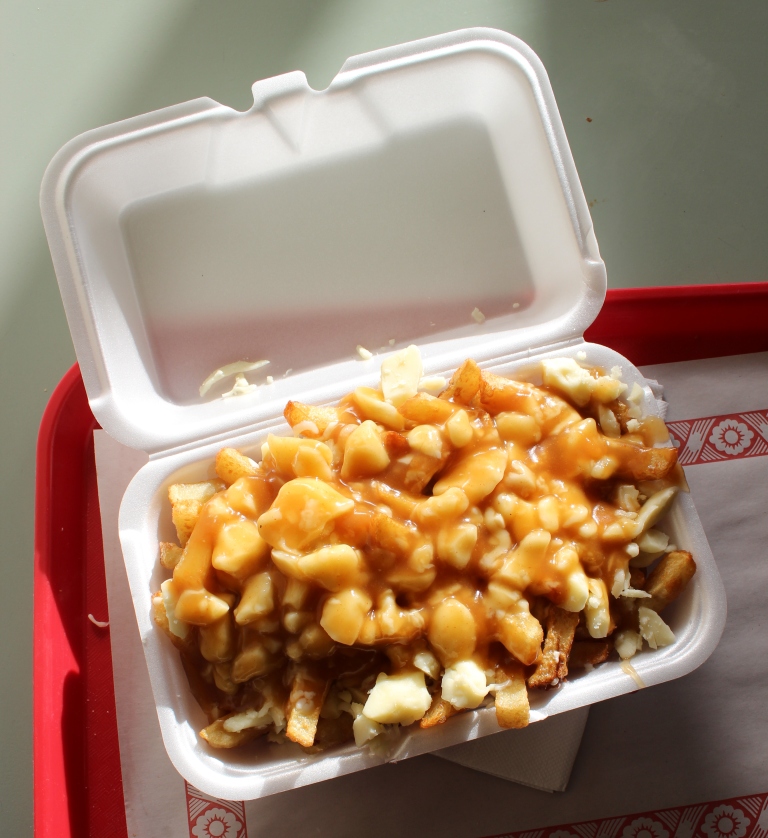