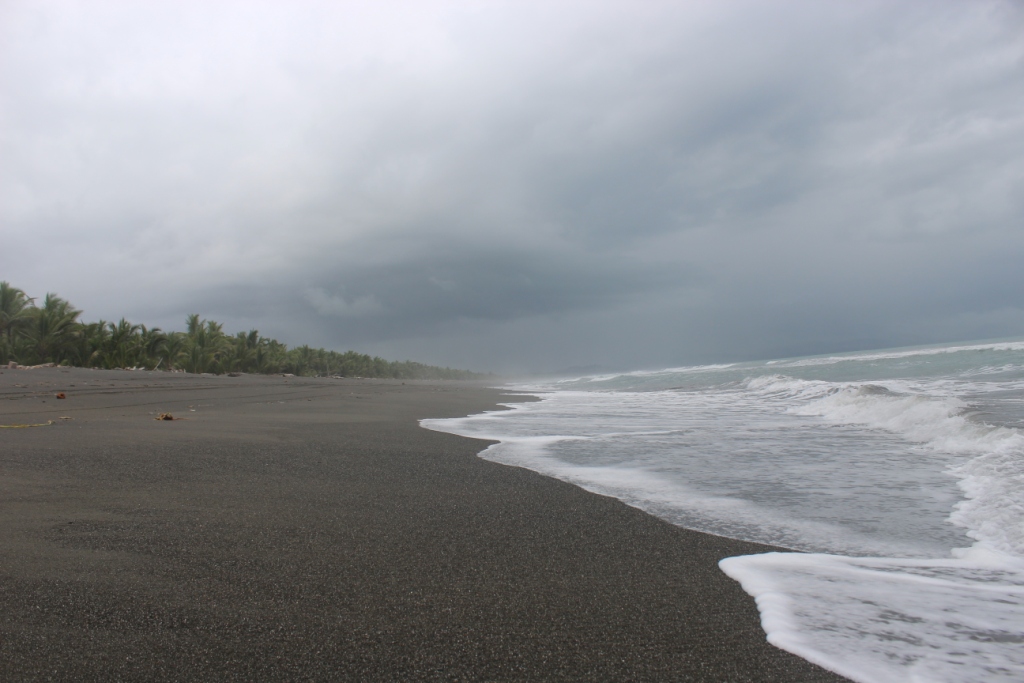 When we started looking for a place to spend our month in Costa Rica, we didn’t expect to find much that was “off the beaten path”. Costa Rica is easily Central America’s most visited country, especially by citizens of the United States, and their tourism markets, real estate development, and high cost of living (compared to other countries of the region) are clearly reflective of this. That being the basis of our expectations, Playa Zancudo came as quite a surprise to us. We had read a little bit about the area before our arrival, but it wasn’t until we worked our way slowly and laboriously down the cumbersome, pothole-laden, jungle-hedged, rock and dirt road into what we would later realize was “town” that we really began to grasp just how special and remote our July home was.

Zancudo, a six-mile stretch of beach and jungle along a narrow southern peninsula just north of the Panamanian border, remains one of the last pieces of Costa Rica’s Pacific coast not yet inundated by the trappings of modern gringo vacations. A solitary road runs parallel to the shore without much of the overgrowth cleared along its sides, giving structure to the town’s feel as a single string of buildings and inhabitants all separated by thick vegetation rather than a centralized village. Wikipedia offers 450 as an estimate of population, but our conversations locally suggest that there may be as many as 300 families in the area. Many locals farm and fish, and despite its location further from typical vacationist routes, tourism plays a very large role in the local economy with multiple establishments for lodging, meals, excursions, and basic supplies in the north half of town. The beach itself is raw and often free of people, sandwiched between dense tropical plants and strong Pacific waves. Driftwood in the form of enormous logs look almost posed on the dark sand, and from the water’s edge one might never know that human developments even exist on the other side of the trees.

July is hot and sticky in Playa Zancudo with a brief rain nearly every afternoon or evening and a fabulous breeze along the oceanfront. The environment is truly wild, alive with troops of monkeys, lizards large and small, slithering snakes, birds of famed names, low-lying crocodiles, and insects galore – just as one might expect in relatively undisturbed tropics. It is often said in these parts that Zancudo is home of the wanted and the unwanted, a motto that seems quite fitting for the beautiful beach town on a peninusula that is still largely claimed by nature. 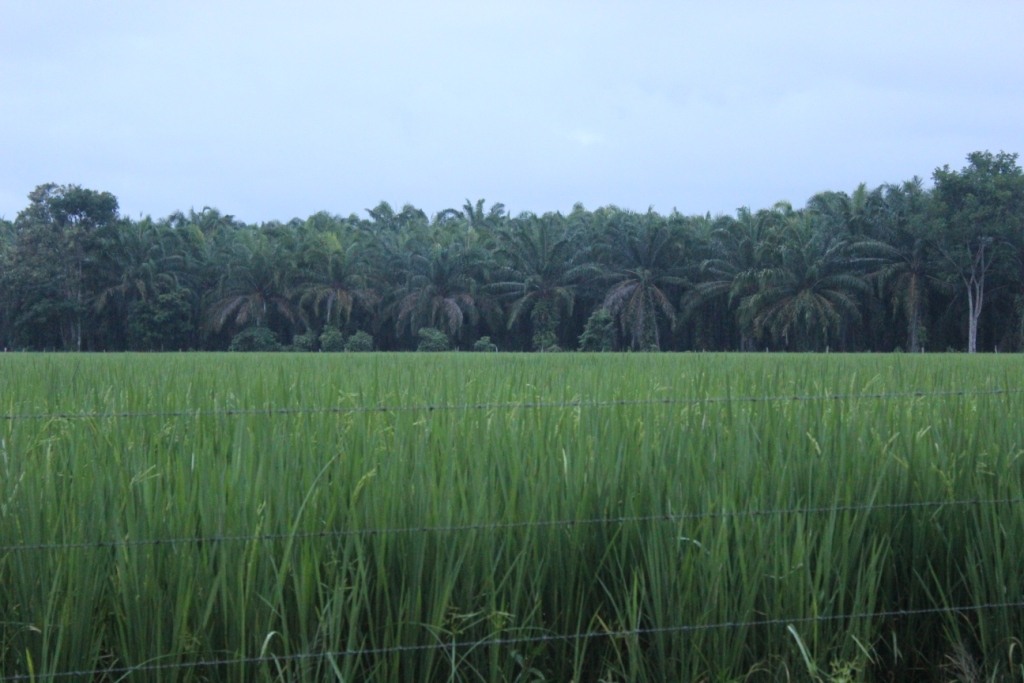 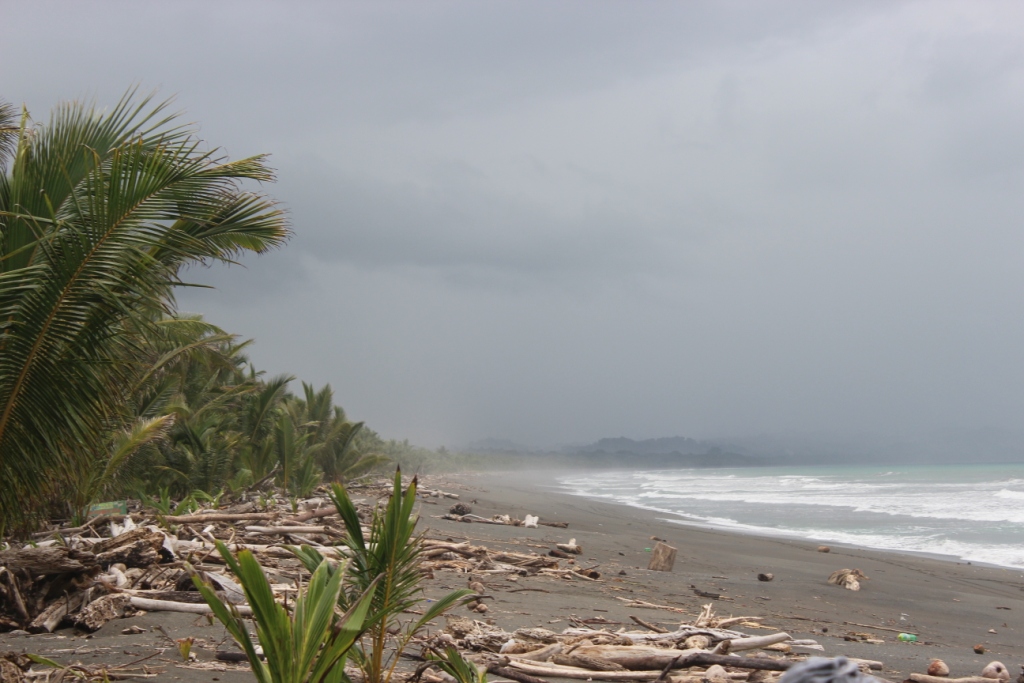 A storm rolls onto Playa Zancudo 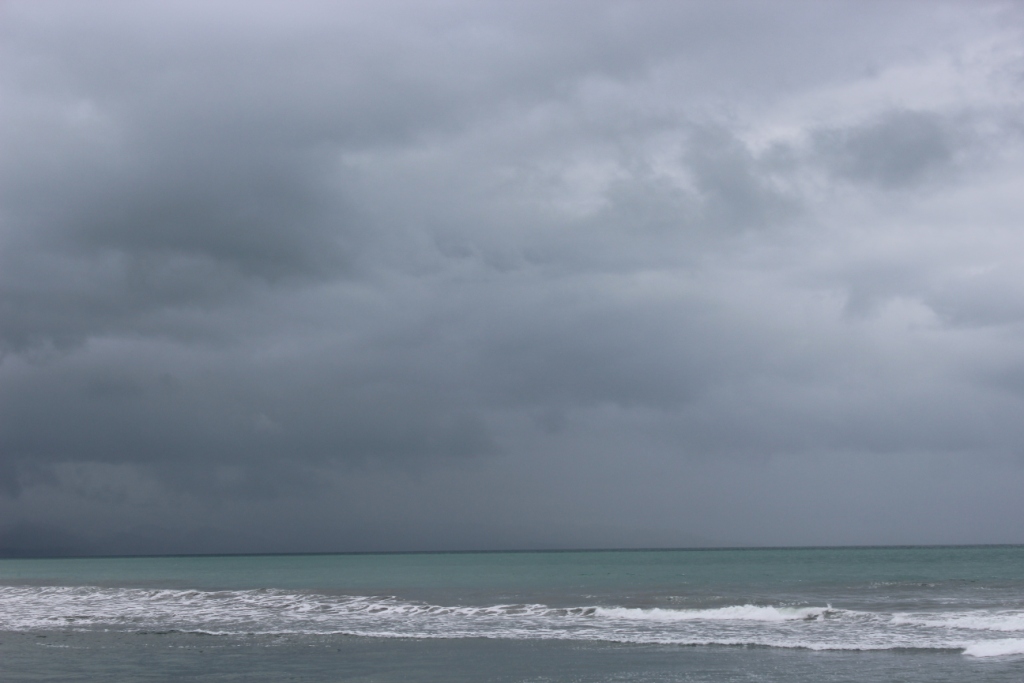 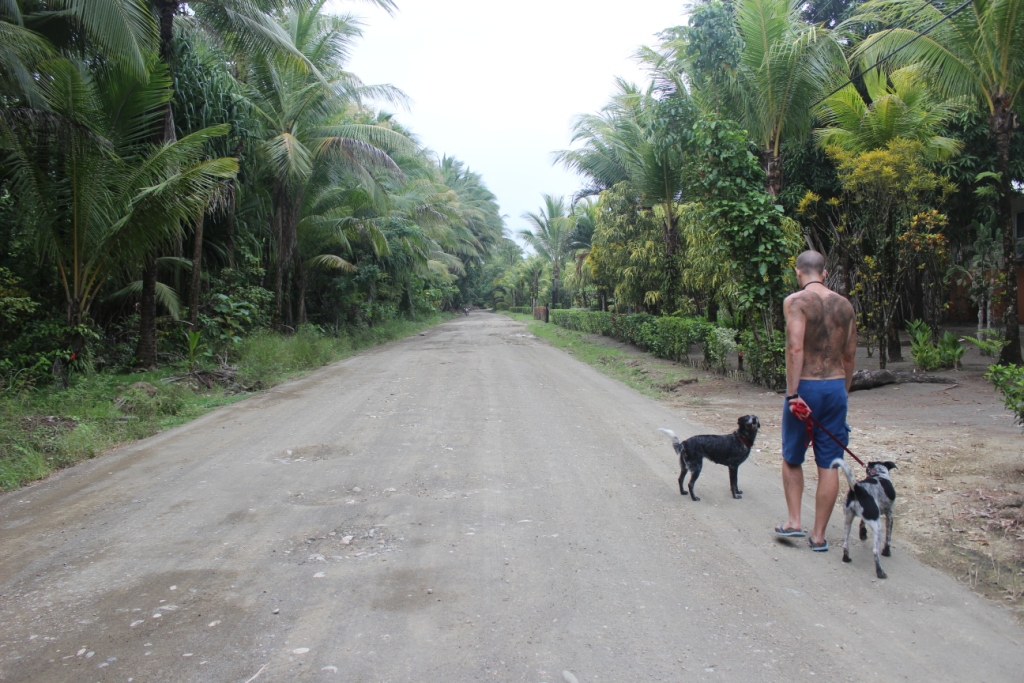 Walking down the only road in town