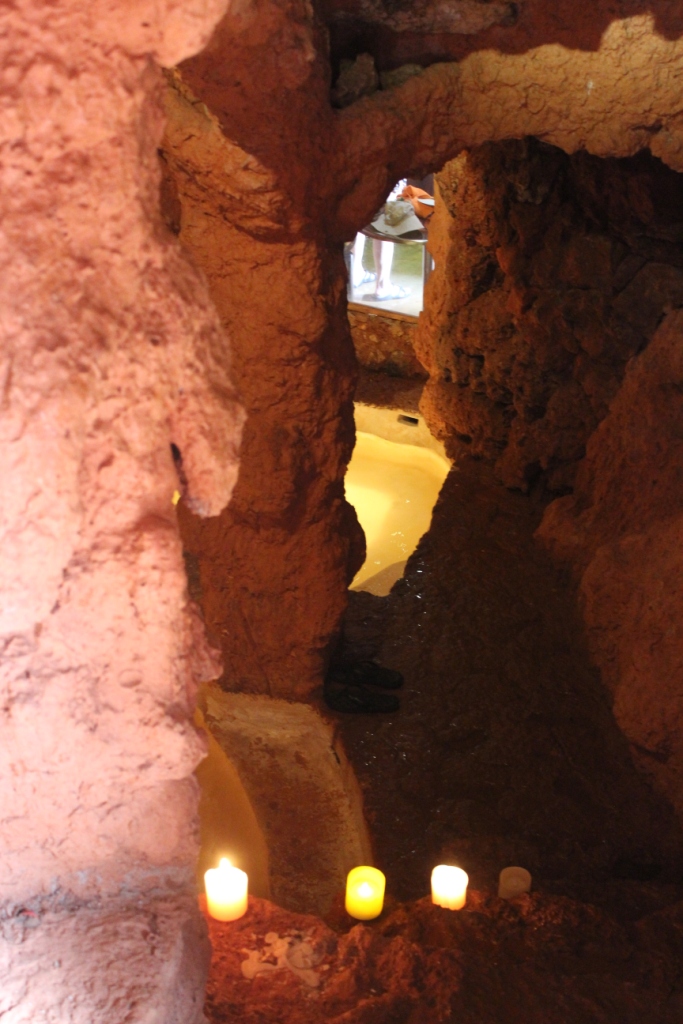 We first visited a hot springs pool just over a year ago during our week-long stay in Paradise Valley, Montana. It was wonderful and relaxing, and when I learned that Cuenca had some similar, hot, mineral-y water nearby, I quickly added it to the list of things I wanted to do. According to this article (translated from the original Spanish version), the “thermal water come[s] out of a geological fault called Loma de los Hervideros” at a scorching 75 degrees Celcius or 167 degrees Fahrenheit (it is of course cooled before being used). It comes to the Earth’s surface in a region on the southwest edge of the city of Cuenca in the parish of Baños. Not to be confused with the larger Baños de Agua Santa, the popular tourist center five hours north, Baños de Cuenca is a small community with only a few businesses offering access to the springs. Two of these are pools like the one at Chico in Montana and cost between $2-6 USD for a day. The third option is Piedra de Agua Hot Springs and Spa, which offers entrance to a number of pools for $10 USD per day and additional access to the spa for $30 USD per day among other services. Now, we are typically pretty consistent in opting for the economical outings, but I read online that Monday afternoons were 2 for 1 day at the spa, and in what could possibly be described as an uncharacteristic move for us, we opted to spring for a spa day at the more luxurious resort, having been lured in by the mud pools, steam rooms, and underground cave baths.

It was, for both of us, our first ever spa day (think Charlie Kelly), and though we wandered into it completely clueless, we came out a few hours later with baby soft skin and a sense of peace and relaxation so deep that we seemed to almost float along the road back to our apartment. We usually like to go at our own pace and rarely enjoy being guided, but we had a blast that afternoon being gently directed from one activity to the next and kindly instructed on how to best alternate the hot baths with the cold showers. We endured the sweltering eucalyptus steam room, covered ourselves in thick red mud, exfoliated slowly in the neighboring blue mud, cooled down in the covered “cave” pools, and were carefully placed into individual steam boxes. Not even the two groups of embarrassingly boisterous Americans who were hopping from one station to the next like it was theme park could break our calmness. It was a fabulous day and a special treat that we both enjoyed thoroughly. 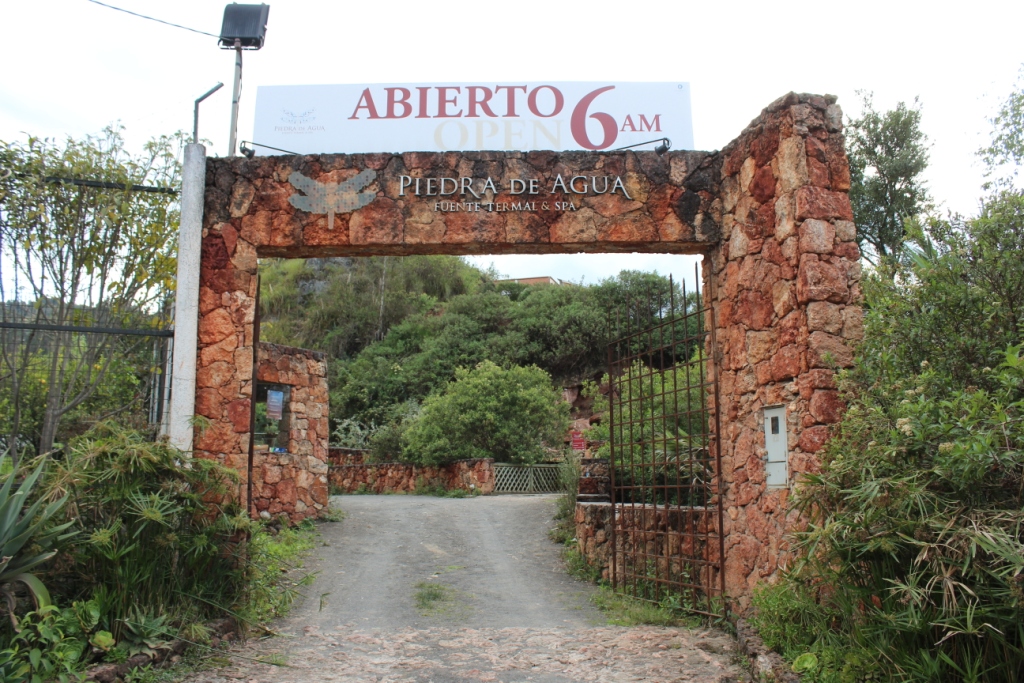 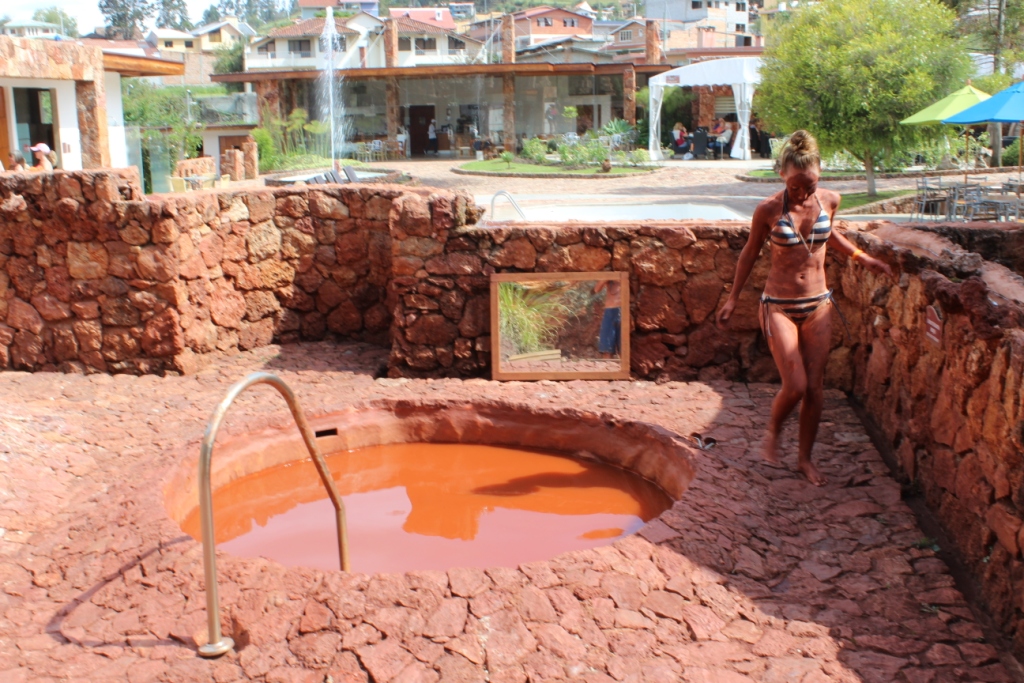 Climbing out of the red mud to dry. 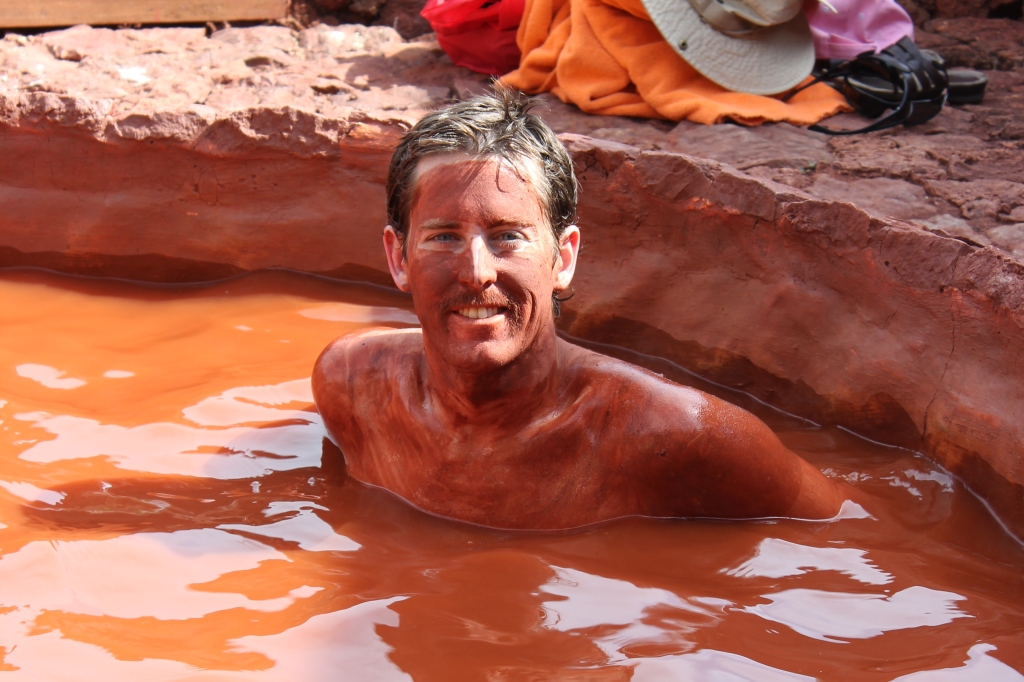 Getting back into the red mud for a first rinse. 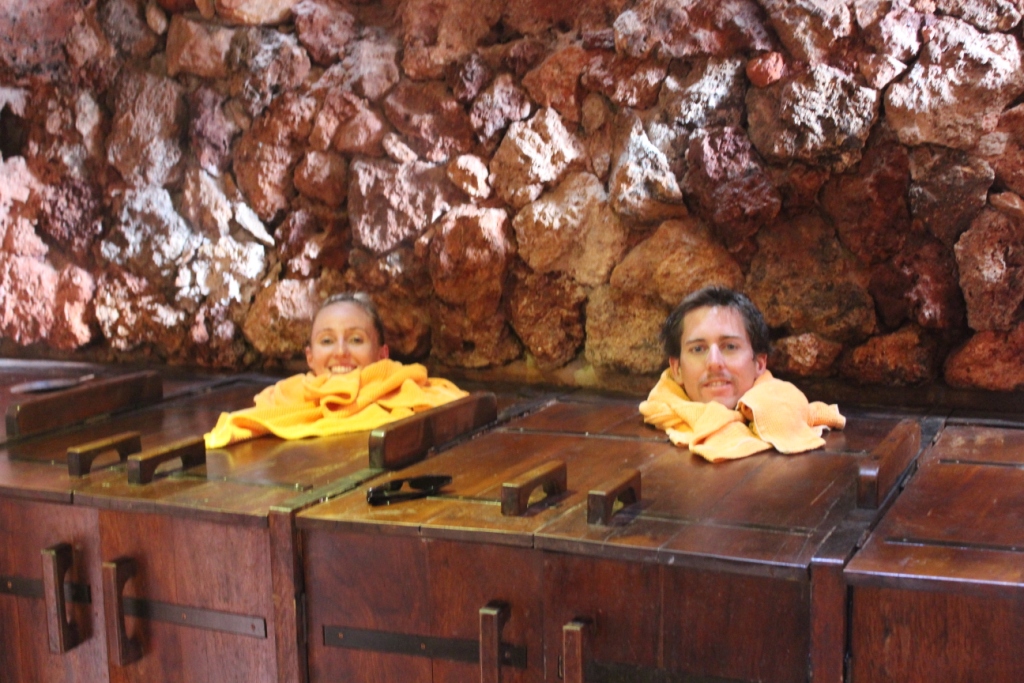 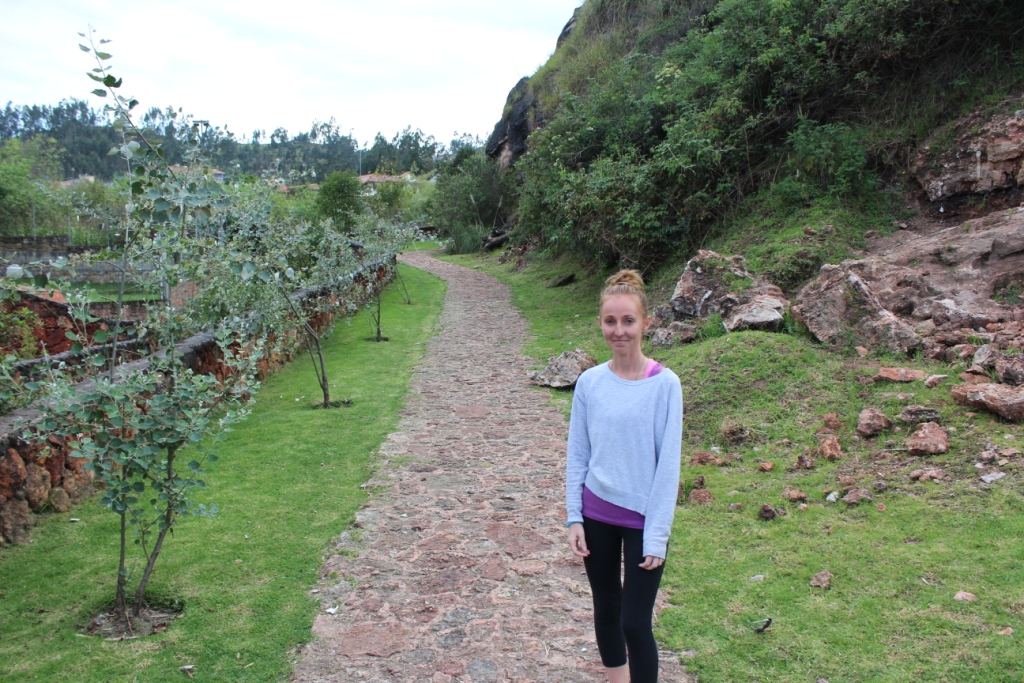 Floating along the pathway as we exited Piedra de Agua.