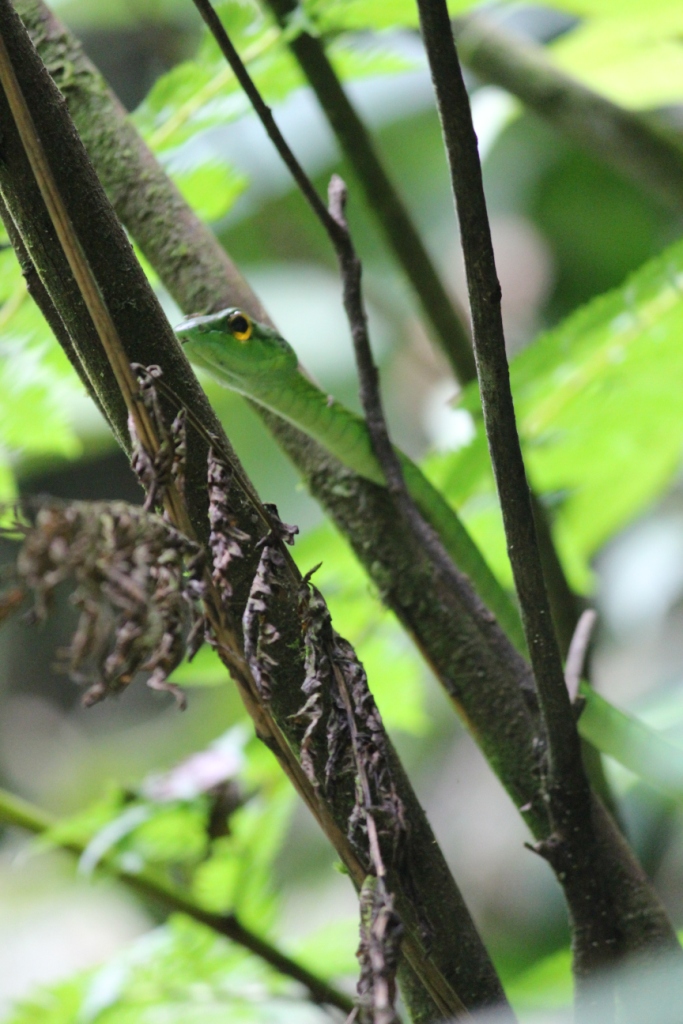 Parque Nacional Pico Bonito is just south of (and towering over) the beach town of La Ceiba, Honduras. Here are some numbers and facty things:

In looking for ways into the park, we found a number of places online offering guided tours into Pico Bonito, averaging perhaps $40 per person. The website for Villas Pico Bonito, however, listed a trail to a waterfall called El Bejuco that you could undertake without a guide by paying the standard park entrance fee of 140 lempiras or $7 USD. This sounded like a good option to us, so two Saturdays ago we threw together a backpack, grabbed the camera, and headed out of town and up into the forest. After an unexpectedly gorgeous drive along the Cangrejal River, we found the entrance to Villas Pico Bonito, where we were directed “two minutes” up the road to look for a bridge. In what has generally been an unusual occasion the past few months, the “two minutes” estimate ended up being more or less accurate. We pulled up next to a building that turned out to be a park entrance/ranger station/insect museum/dorm-style lodging combo. The pleasant and quite informative attendant took our payment*, gave us a thorough rundown of the trail, asked if we’d like to check out the insect museum, and opened the gate to the bridge for us to be on our way.

*When we showed up, our particular combination of bills meant either we were going to have to try underpaying or we would have to hope that the entrance had change (not a sure thing in many places). Anyway, the guy took the smaller stack of bills and indicated it was no problem at all. Cool. Only later did we find out that the prices have actually been recently raised, and we definitely had exact change for the new rates. So either he was just a really nice guy, or we accidentally discovered that the official rates at Honduras’ national parks are negotiable.

Over the next four hours or so, we wound through the dense vegetation, saw some weird flightless bird scurry through the underbrush, got rained on (I know right, rain in the rainforest…so predictable), spotted a crazy green tree snake, saw about a gazillion leaf-cutter ants, got attacked by some other kind of ant, and took a shower underneath a jungle mountain waterfall while watching the waves of the Caribbean crash just a few miles in front of us. Afterwards we headed back to Villas Pico Bonito, quenched our thirst with couple Salva Vidas, and sated our bellies with some amazing vegetable baleadas. 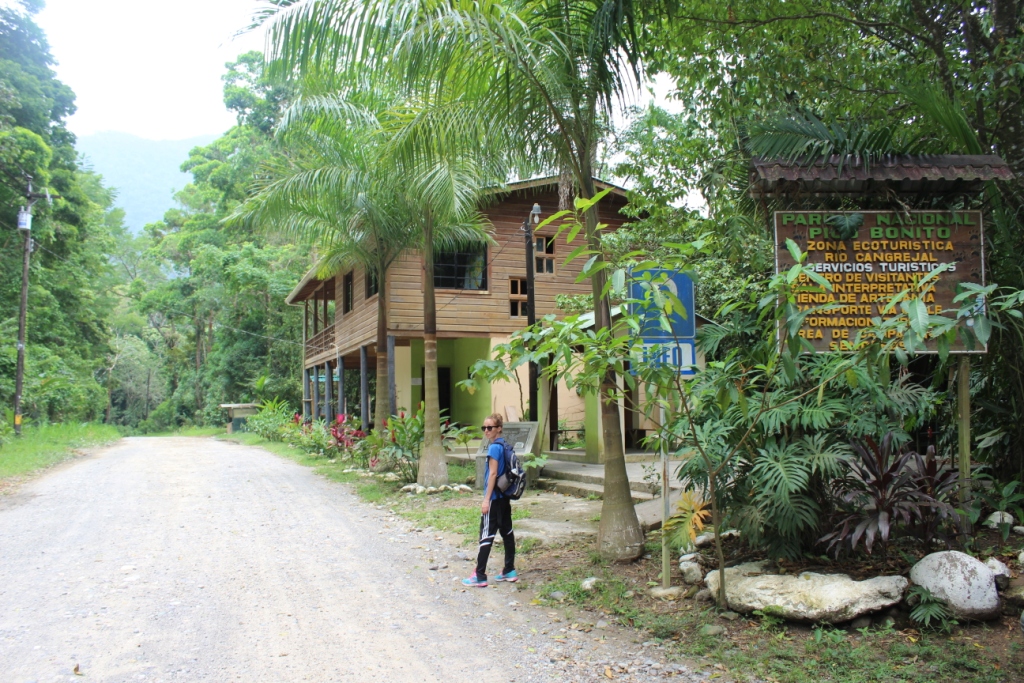 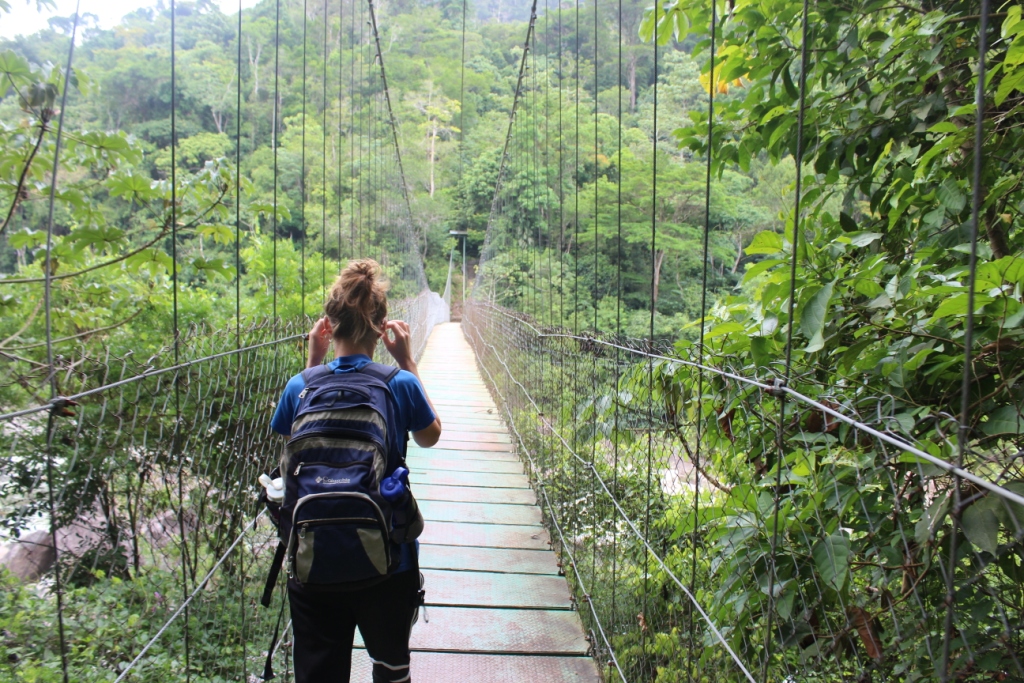 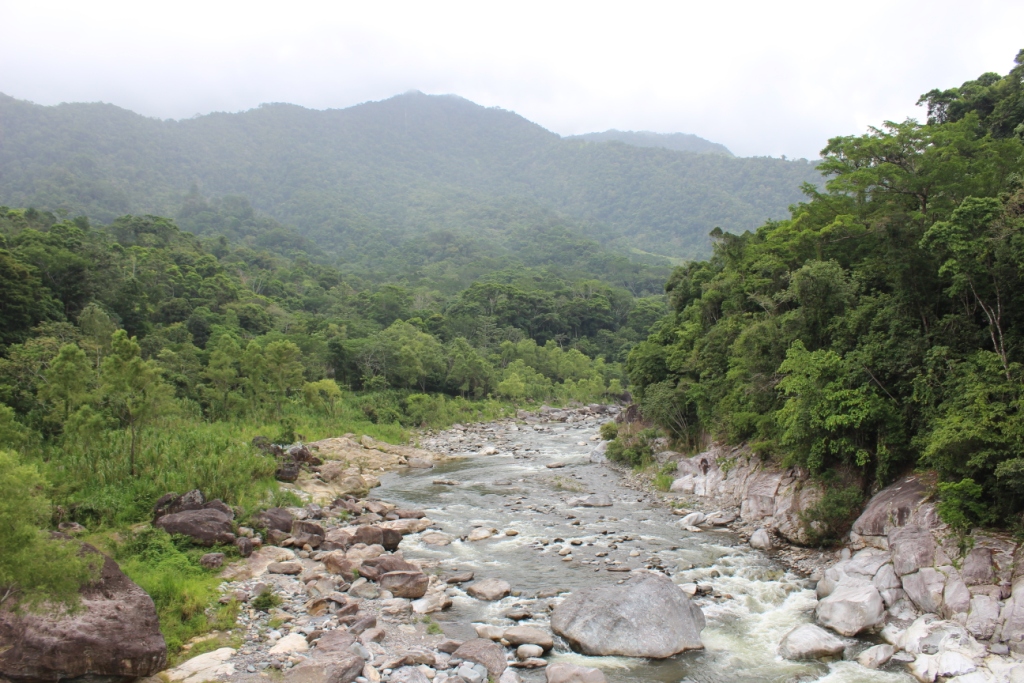 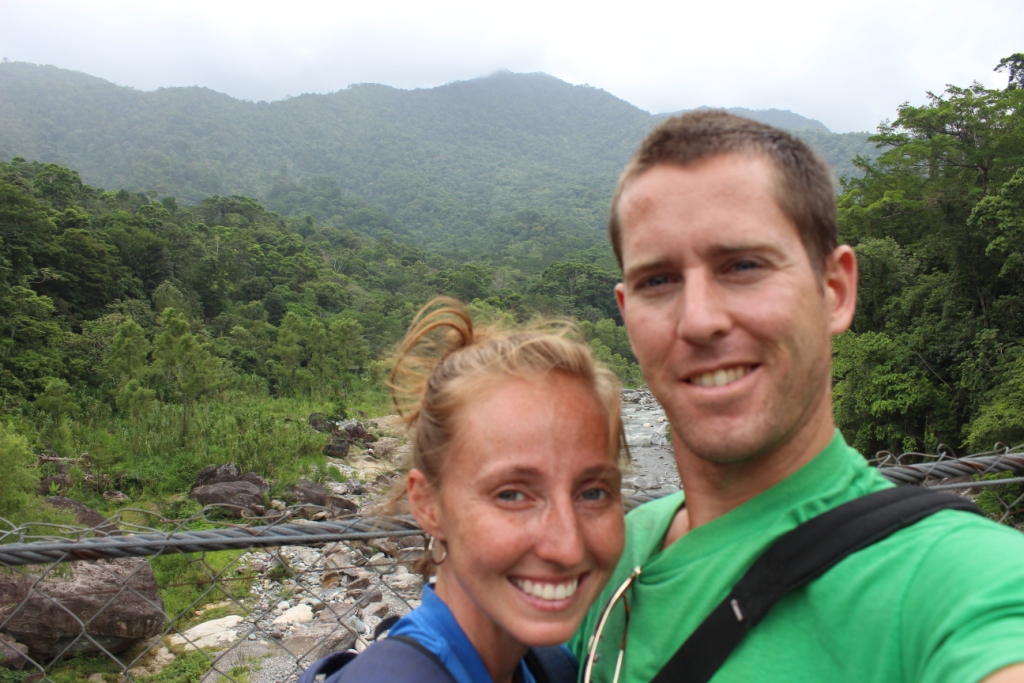 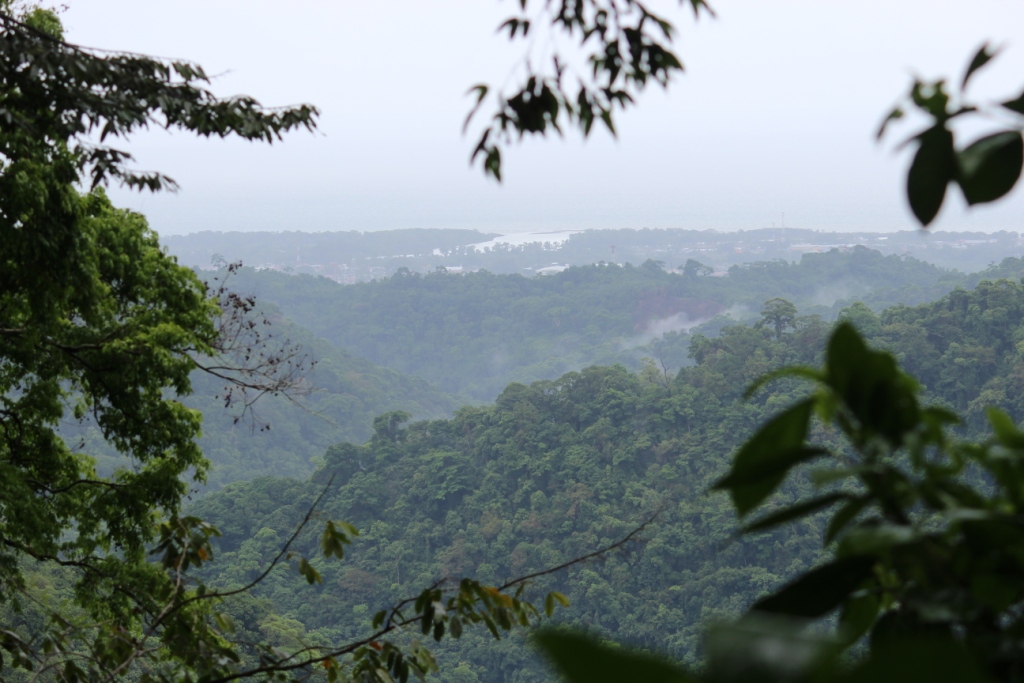 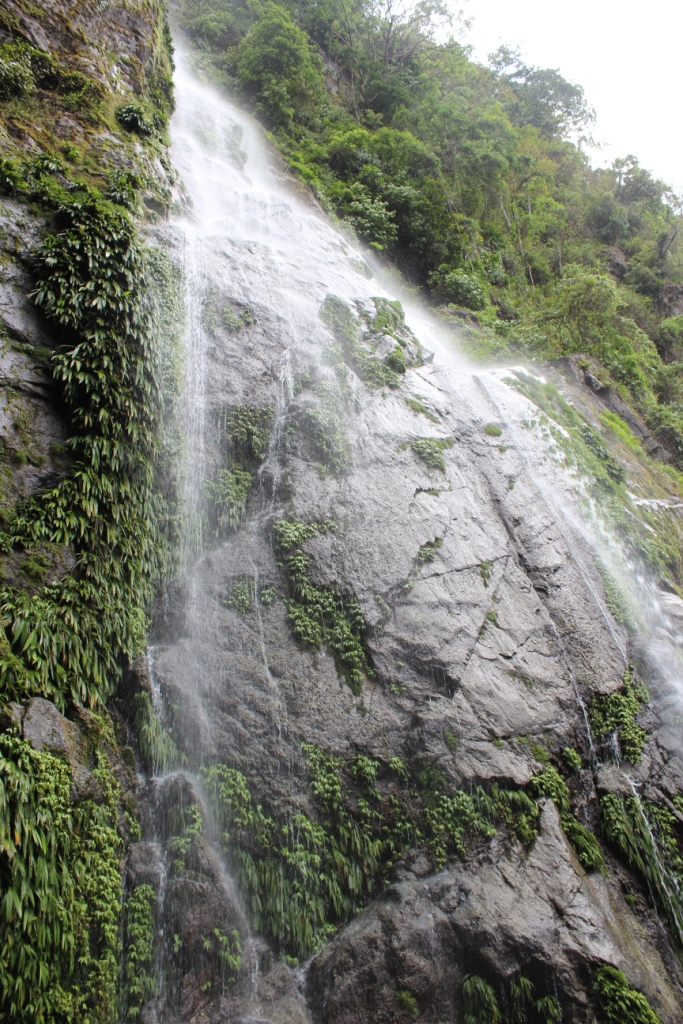 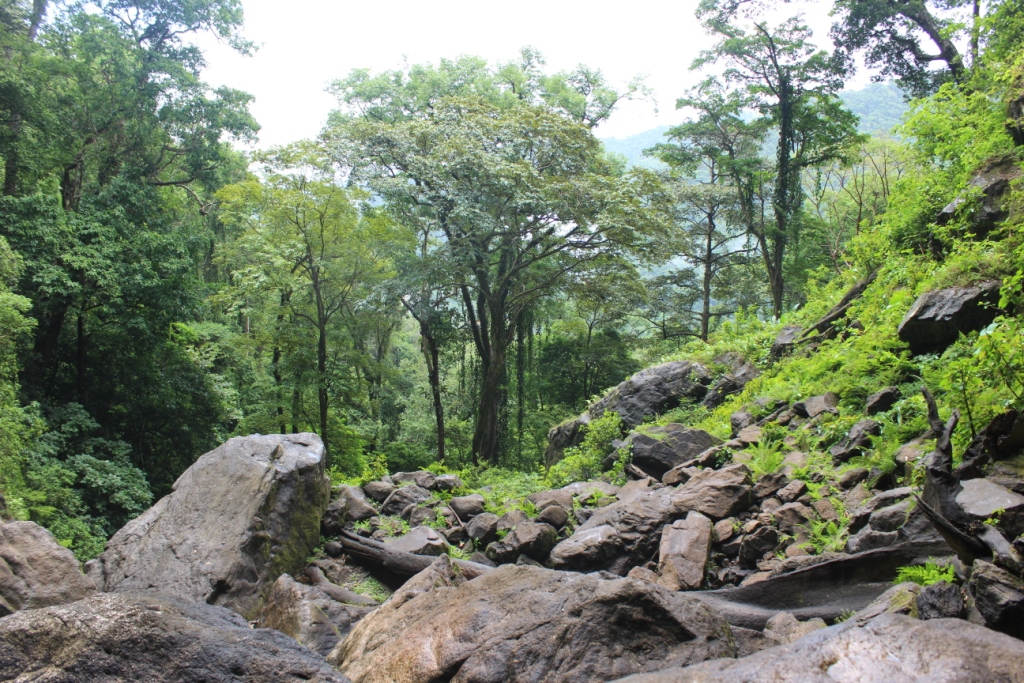 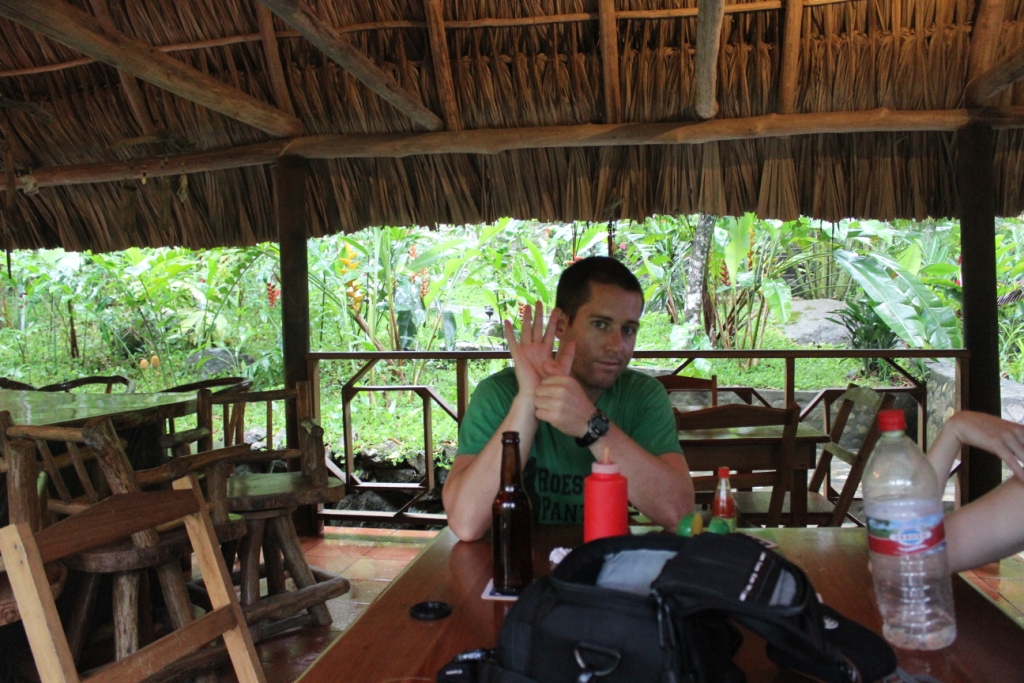