Thus far we have managed a grand total of two trips away from our corner of Lago de Atitlán, one to Panajachel and one to San Pedro la Laguna (check out the map for reference – our place is just east of San Marcos la Laguna). That’s not entirely true; it’s actually been three, but one of them was a return to Pana (as it is sometimes called) in search of the internet one day when ours when out. As noted earlier in our intro to Atitlán, boat travel is generally the fastest and most practical means of transportation around the lake. For us that means we simply walk down the hill to the dock on our property and flag down a boat passing in the proper direction. Anyway, below are some quick facts and our impressions of these two lakeside towns. 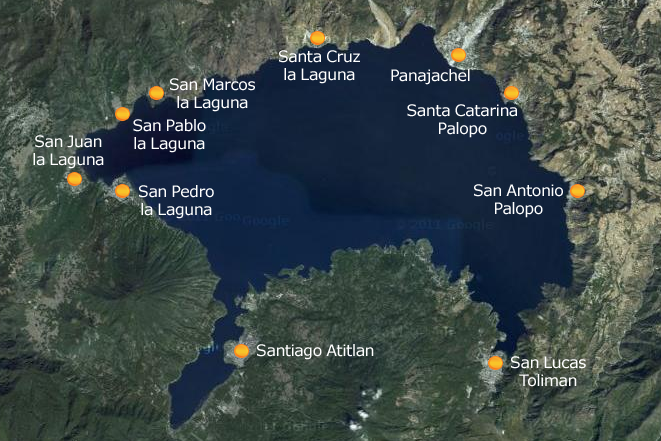 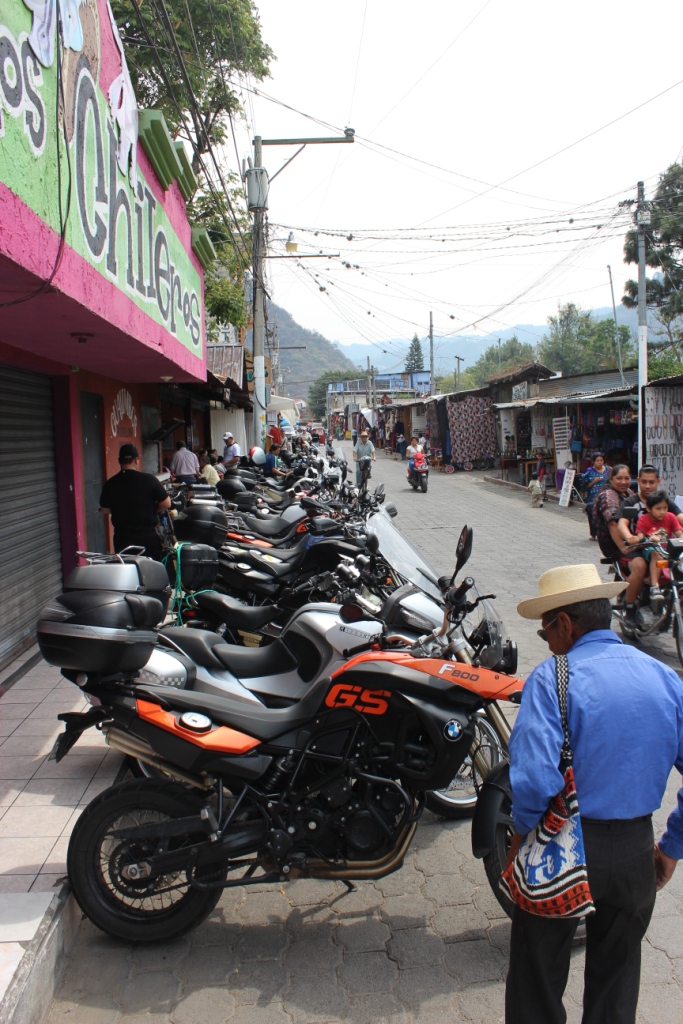 Panajachel, despite its small size, houses a healthy tourism industry, and is one of Guatemala’s major tourist hubs, both as a stopping off point for other places on the lake and as a destination itself. Though seemingly more commercial than the lake’s other towns, Panajachel still maintains a genuine charm. After disembarking at the public dock, it’s a five to ten minute walk to the town’s main drag, Calle Santander, or you can always grab a tuk-tuk for a few quetzales. Santander and the adjoining streets are filled with restaurants, hotels, and shopping – the main downside to Pana is that this street has no view of the water. Cruising this strip or finding a table to watch the passersby seems to be one of the main activities in town; on our two trips to Pana we managed to squeeze in three breakfasts (aaawww yeah, double breakfast). Groceries around the lake are surprisingly expensive, but walking uphill from Santander, there is a daily market full of local produce for sale by Kaqchikel-speaking Mayans. We are assuming we were the victim of some serious price-gouging, but we still came away thinking we had scored some major deals. 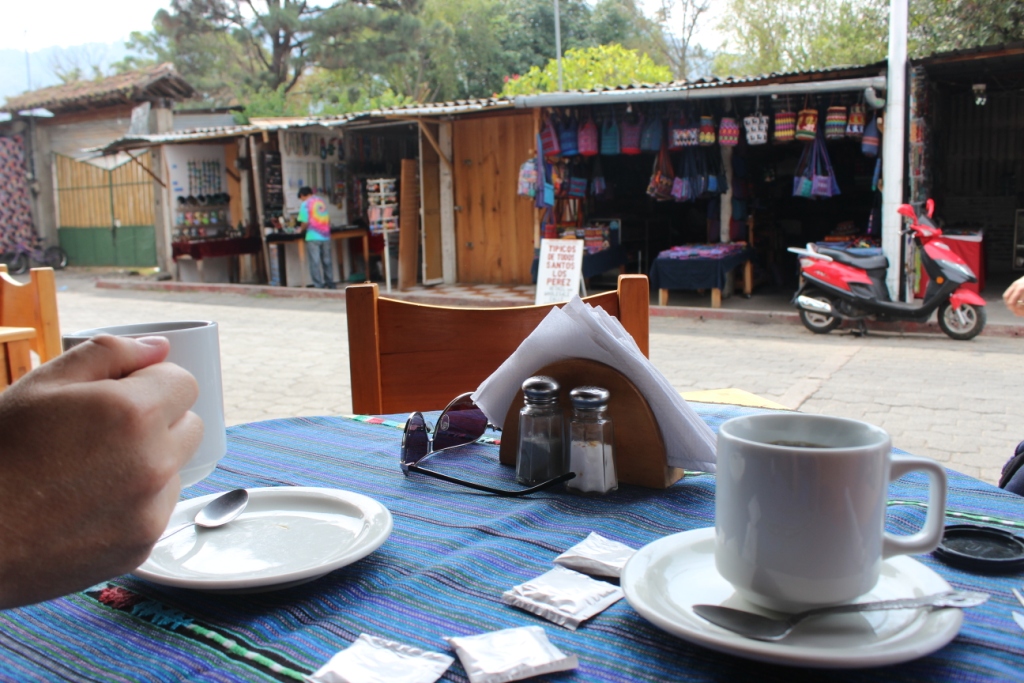 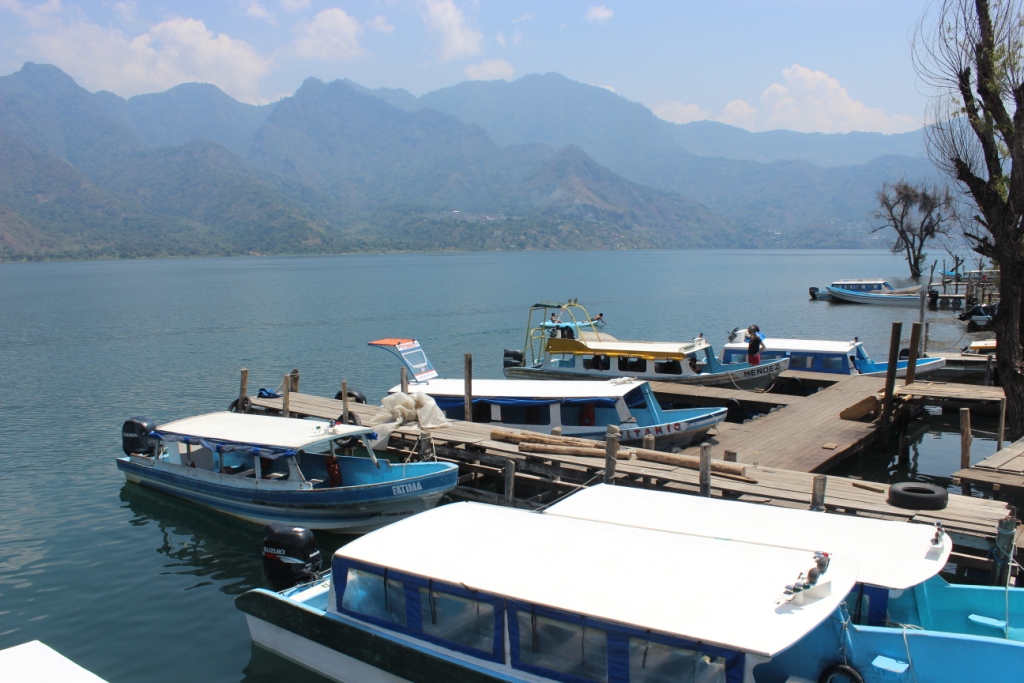 Located at the foot of Volcan San Pedro, this largely Tz’utijil Maya town has a reputation as a backpacker center and the lake’s main party town. This was fairly evident by the people there; the foreigners in San Pedro la Laguna seemed to sport both fewer years and fewer clothes than we have seen elsewhere and they didn’t really start emerging until afternoon. While many of the lake’s towns are quiet and contemplative places that shut down early in the evening, San Pedro is allegedly home to some genuine nightlife. We arrived on the dock on the east side of town; there is a second dock on the west side that departs toward Santiago Atitlán. Marching up a fairly daunting hill straight into the heart of town, we found that we were on a bustling market street. Only after exploring for a bit and heading back down hill did we realize that many of San Pedro’s restaurants, hotels, and bars were on a street running parallel to the waterfront. Most of these have a great view across the lake to the towns and peaks on the other side and are an idyllic way to while away the day. There is a legitimate sports bar (something pretty rare in this part of the world) just up from the dock called The Allegre Pub. If you happen to be in San Pedro, be sure to stop by and talk to Simon, the Scottish proprietor who visited San Pedro a dozen years ago and never left. 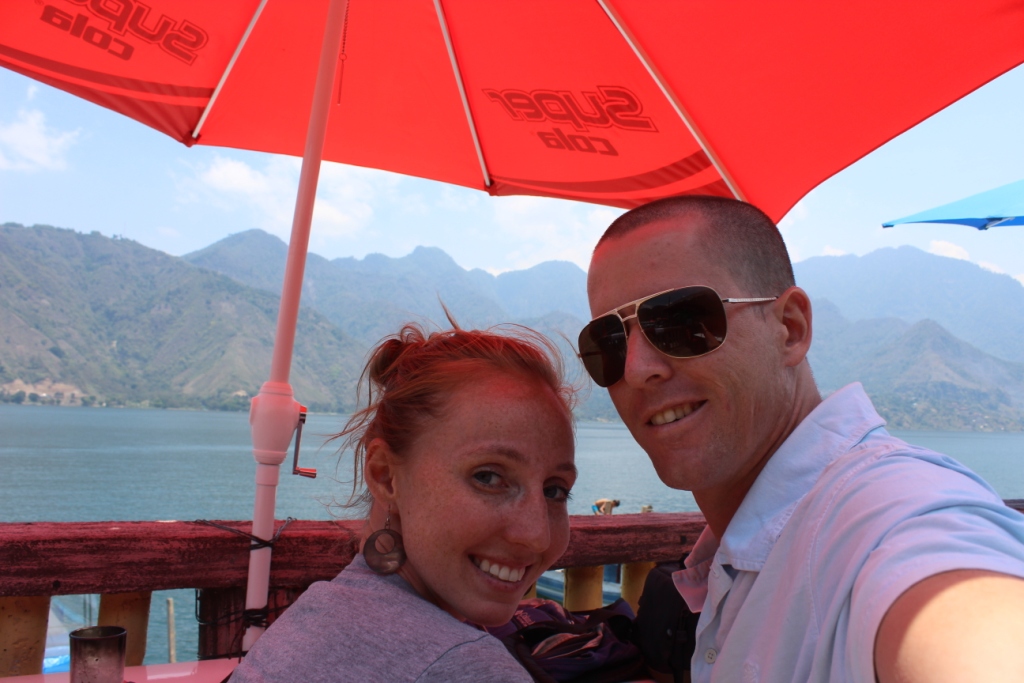 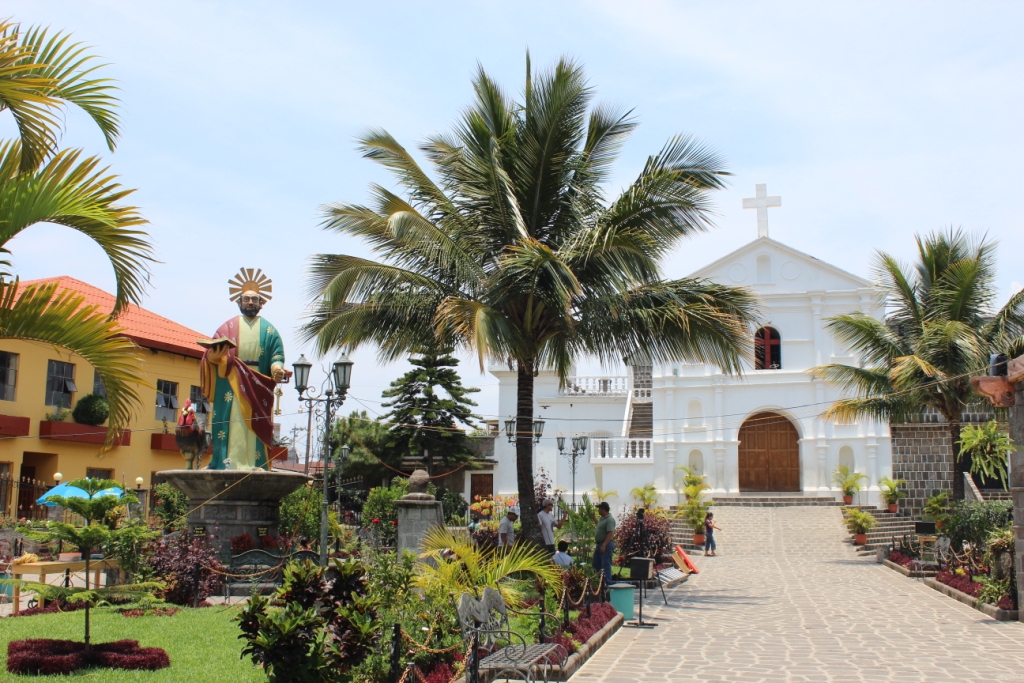 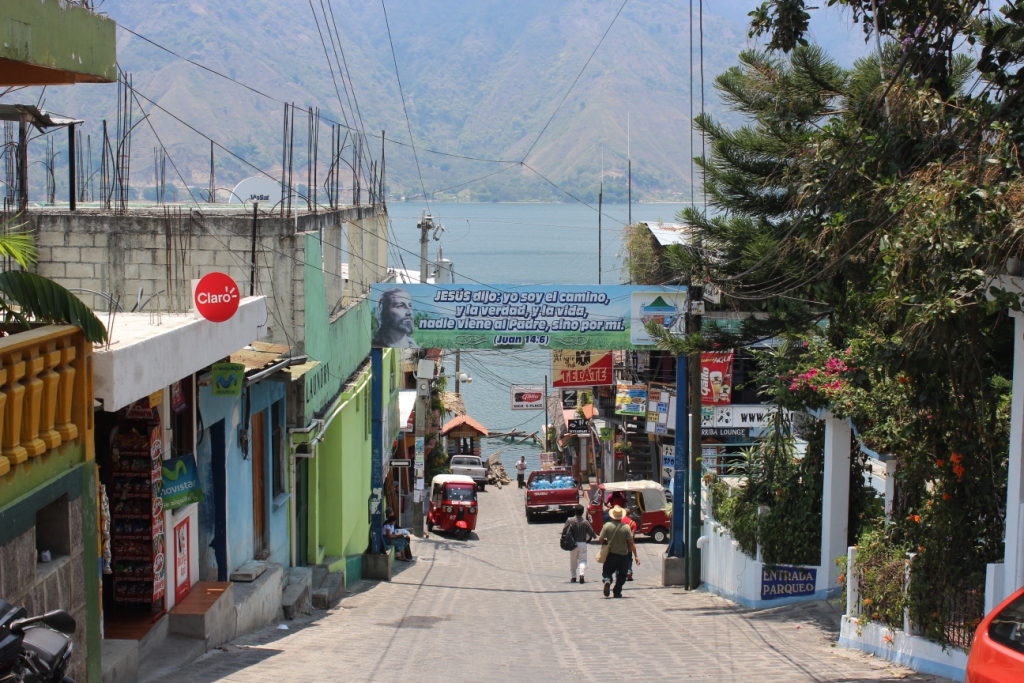