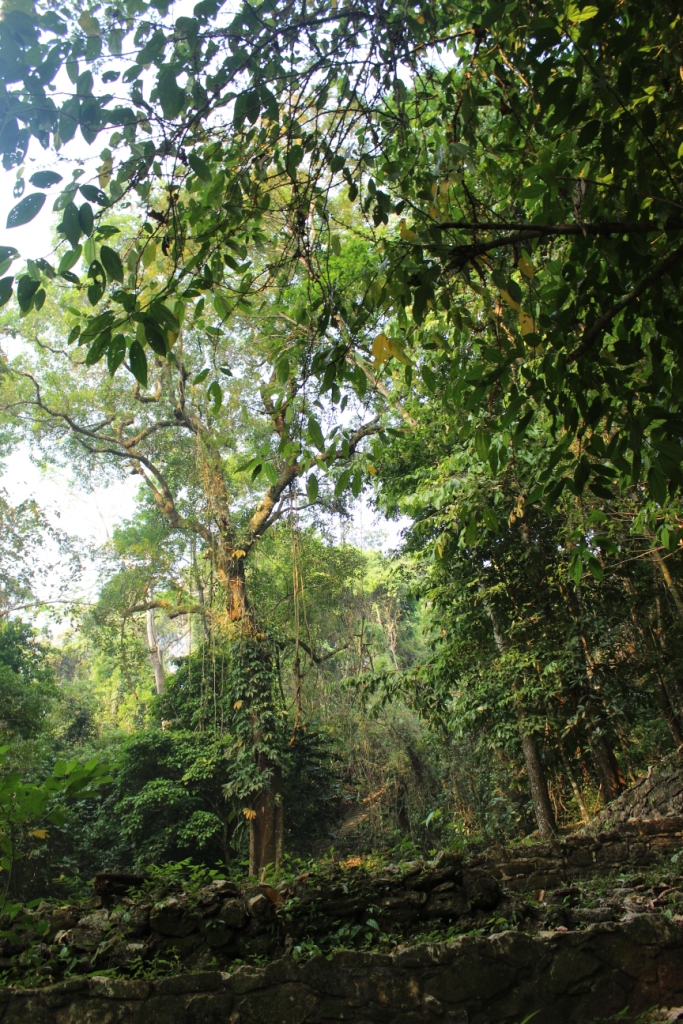 When deciding where to spend the month of April, we were drawn in the direction of San Cristobal de las Casas in part by the proximity of Palenque. Palenque is both a modern town of just over 37,000 inhabitants about 135 miles northeast of SCLC and also the ruins of an ancient city some 5.5 miles west of there. The ruins were certainly our draw, so we rented a dog-friendly cabaña nearby and hit the road on a Saturday morning. The short drive, which creeps through nausea-inducing, winding mountain roads with their fair share of speedbumps, potholes, and other vehicles, took about 5 hours each way but was highlighted by jungle vistas and stops at the breathtaking nearby waterfalls. We relaxed by the pool on Saturday afternoon, and for dinner that evening headed to El Pachan, a backpacker hub in a thick jungle setting just outside of the ruins with camping, cabañas, restaurants, bars, and tours, all at very reasonable prices. The next morning our exploration began early in an attempt to beat the stifling heat and humidity that reaches its peak in the afternoons, but regardless, we were both completely soaked by the time we departed the ruins later that morning. Ah, the jungle!

That encapsulating jungle though, which wraps so tightly around many of the well-known temples that it appears as if the magnificent structures have grown out of the earth right along with the trees, is one of the defining characteristics of Palenque that sets it apart from other Mayan sites of the region. Even Tikal, a much larger and grander Mayan site in Guatemala that in many ways inspired our current lifestyle when we visited it in 2010 and which is known for its location amid the jungles of el Petén, can’t compete with the oneness and envelopment that dictates the atmosphere in Palenque. Aside from its setting and ambiance, Palenque is widely famous for the art, architecture, and hieroglyphic inscriptions found within that aided archaeologists and historians in defining a sequence of rulers and understanding the conflicts with neighboring city-states that in turn, illuminated the ebb and flow of ruler strength, construction phases, and societal changes. The city is believed to have existed primarily during the Classic Period, dating from somewhere between the 3rd and 5th centuries and with its height between 500AD and 700AD before being essentially abandoned during the 10th century. It was then 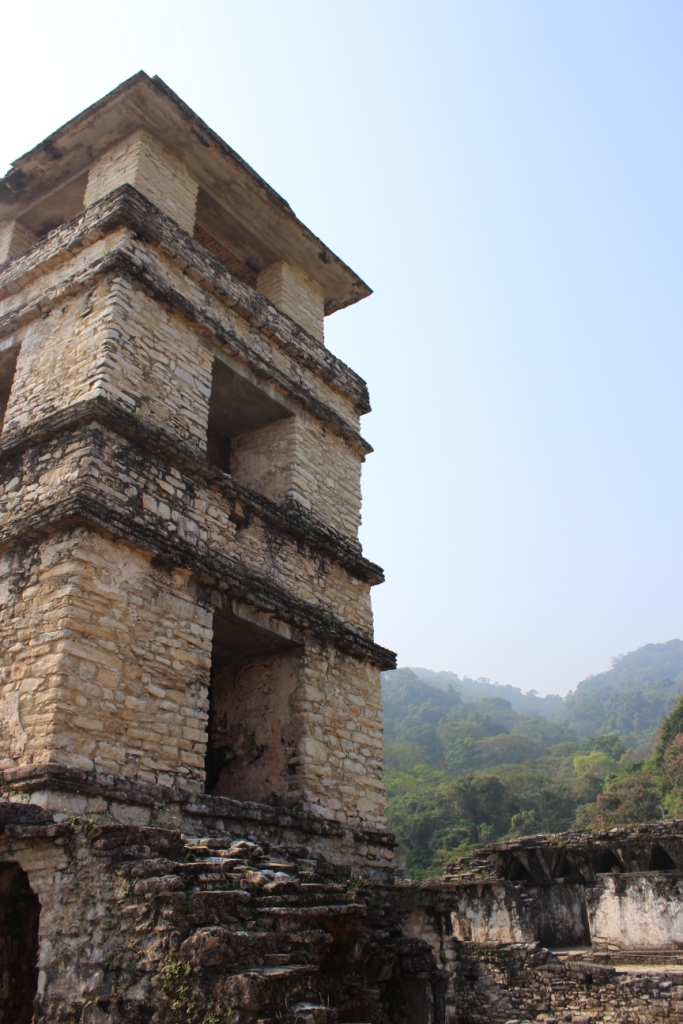 “euro-discovered” in 1567 by Spaniard Father Pedro Lorenzo de la Nada, but didn’t have much attention paid to it for another couple hundred of years when explorers from a variety of professions and countries began documenting the site layout, art, and inscriptions through drawings, moldings, and eventually photographs. Excavation, rebuilding, and maintenance of Palenque as it now exists was not in full swing until the middle of the 20th century. Though numbers vary and lack reputable data, some sources estimate that only 10-35% of Palenque has been excavated to date.

The site itself is centered around an intricate palace with various large temples and other smaller structures surrounding. The palace features, among other things, a four-story observatory or watchtower, a section of fully-enclosed rooms underneath that are open for exploring, and like many of the buildings, original carvings and artwork, some even with red and blue paint still faintly visible after all these years. A few trails lead away from the main palisade and back into the jungle where partially excavated ruins give visitors a visual of the overgrowth that once hid all of Palenque as well as a blueprint-type view of rooms inside smaller structures.

The ruins at Palenque are open daily from 8AM to 4:30PM. We paid 27 pesos ($2.15 USD) per person at the park entrance and 57 pesos ($4.55 USD) per person to actually enter the ruins. Food, beverages, souvenirs, and guides for hire are available just outside the entrance to the ruins.

Enjoy the slideshow and a quick clip of the sounds howler monkeys make in the mornings below!