Riding in our little van on October 9th, 2010, were ourselves, two Brits, two Israelis, one Dutchman, one Guatemalan, one Mexican, and one Japanese guy with a guitar who spoke neither English nor Spanish. The ride was long and slow, beginning before dawn and ending just in time for a late lunch. After our second border crossing, the Dutchman was the last to trickle back onto the van, as he was the only one of us with the foresight to stop and buy beers from one of the comedores. Spirits bolstered by his excellent purchase, he made his way to sit between the two of us.

Dutchman: “You should have bought beer.”
Us: “We most definitely should have.”

After a few more pleasantries, we asked how long he had been traveling.

Dutchman: “Ohhhh…(thinking)…about one year. I started receiving my state pension around then. My children are adults, so one day I decided to just go. I went east.”

And when will he be returning home?

His simple answer left a great impression upon us. Dutchman, you may still be out there somewhere. We are coming to join you. 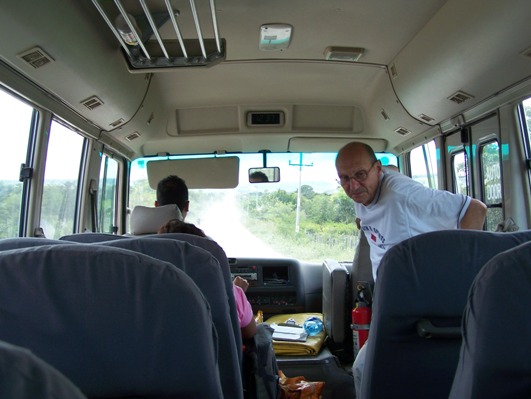