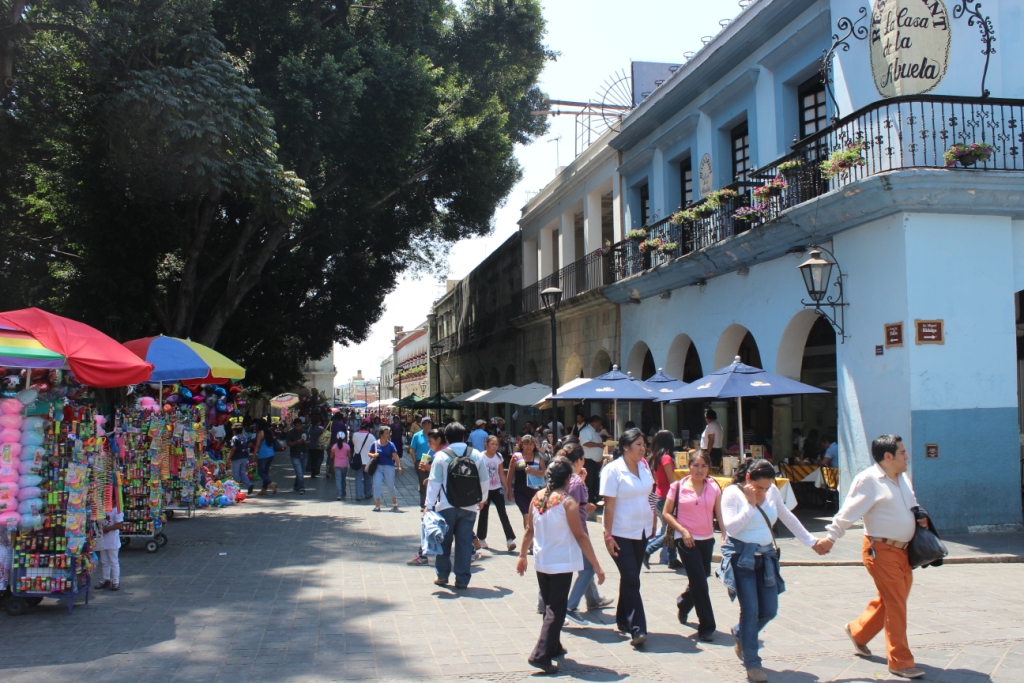 Without a doubt, the center of activity in Oaxaca de Juarez is the Zócalo. Officially La Plaza de la Constitucion, plans for the Zócalo were completed in 1529. The plaza has undergone various face lifts through the centuries, but the space itself has been the city’s heart for nearly 500 years.

Today a bandstand sits directly in the center, with a fountain located toward each corner. The Zócalo is surrounded by rows of buildings on three sides; a former government palace (now a museum) takes up the length of the southern border, while the eastern and western edges are flanked by numerous restaurants with outdoor and balcony seating (the food is a bit overpriced, but the environment might just be worth the cost). To the north lies the Catedral de Oaxaca, also referred to as the Cathedral of our Lady of the Assumption. This particular rendition of the cathedral was completed in 1733; two previous versions were destroyed in the 16th and 18th centuries due to earthquake. In fact, the current cathedral towers aren’t original to the building, having been completed in 1931 to replace towers that had been destroyed thanks to…you guessed it…an earthquake. Northwest of the Zócalo, opposite the entrance to the cathedral, is the Alameda de León, a garden area completed in the 1940s that serves as an annex to the main square.

Once in the Zócalo, it isn’t hard to tell this is often the place to be in Oaxaca de Juarez, for locals and visitors alike. The restaurants are mostly full, the shoe-shine stands are mostly empty (though the shoe-shiners don’t seem to mind as they read a paper or chat among themselves), countless vendors criss-cross the grounds, selling everything from shirts to horchata to traditional crafts, clowns and other showmen abound, and everywhere you look people are conversing, smiling, waiting, and taking it all in.

Within a few blocks of the Zócalo itself there are countless things to keep one busy for a day or a week or month. Restaurants and coffee shops line the streets, ranging from small comedors to fine dining. Two markets are located a few blocks south, including the colorful and maze-like Mercado de Benito Juarez, filled wall to wall with meats, fruits, vegetables, grains, leather goods, hats, traditional clothing, local arts and crafts, and just about anything else you might be interested in buying. Oaxaca is renowned in Mexico as a producer of chocolate, and within a few block radius of the Zócalo must be dozens of chocolate stores, mixing and selling bulk chocolate, smaller treats, and chocolate drinks. Replace every instance of the word “chocolate” in the previous sentence with “mezcal,” and you have an equally valid statement.

At first glance, Oaxaca’s centro can be crowded, hectic, and intimidating. Like any city center, it is often difficult to navigate in a car, and finding a parking spot can be frustrating; public transport might be a better option if you are coming from outside the Centro. Once you are walking the colonial streets and find a shady place to sit and watch the activity surrounding you, however, you’ll be glad you made the journey, as the Zócalo truly is the beating heart of Oaxaca. 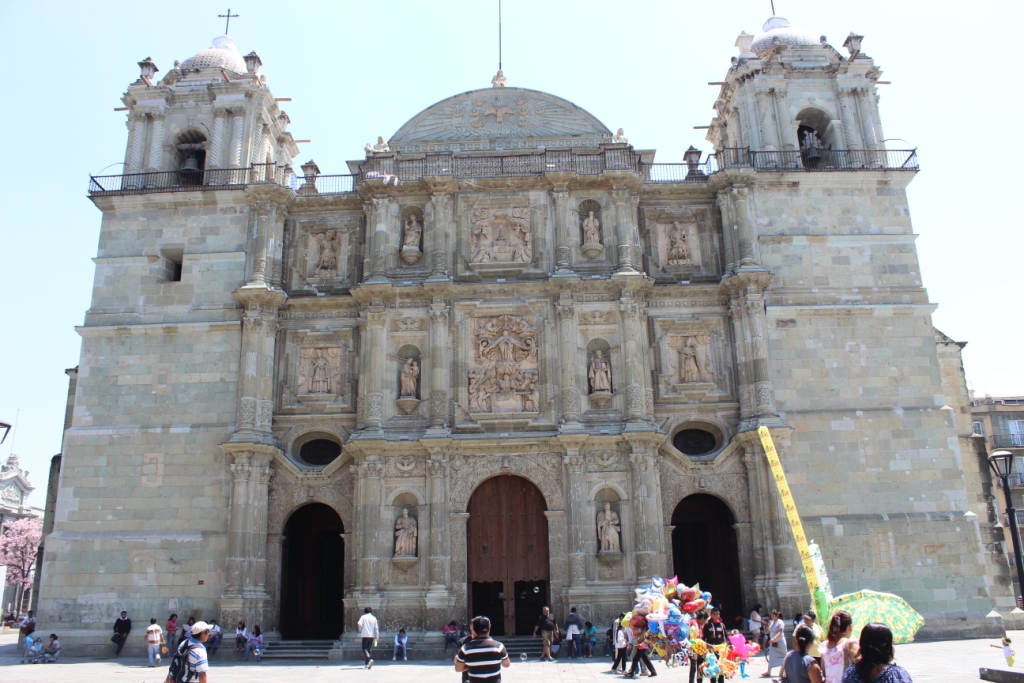 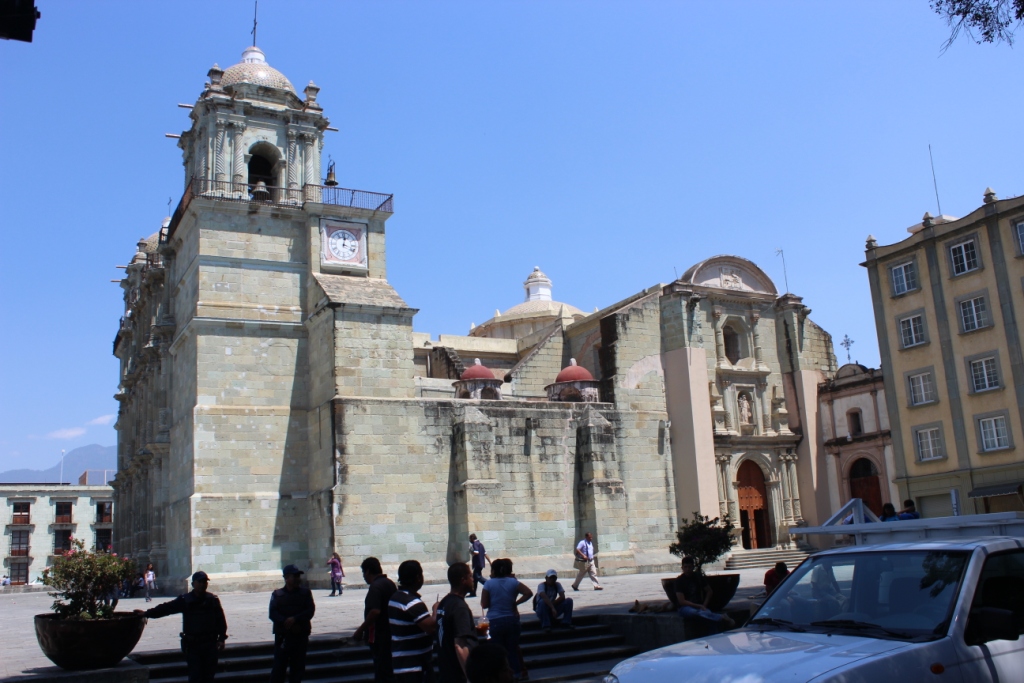 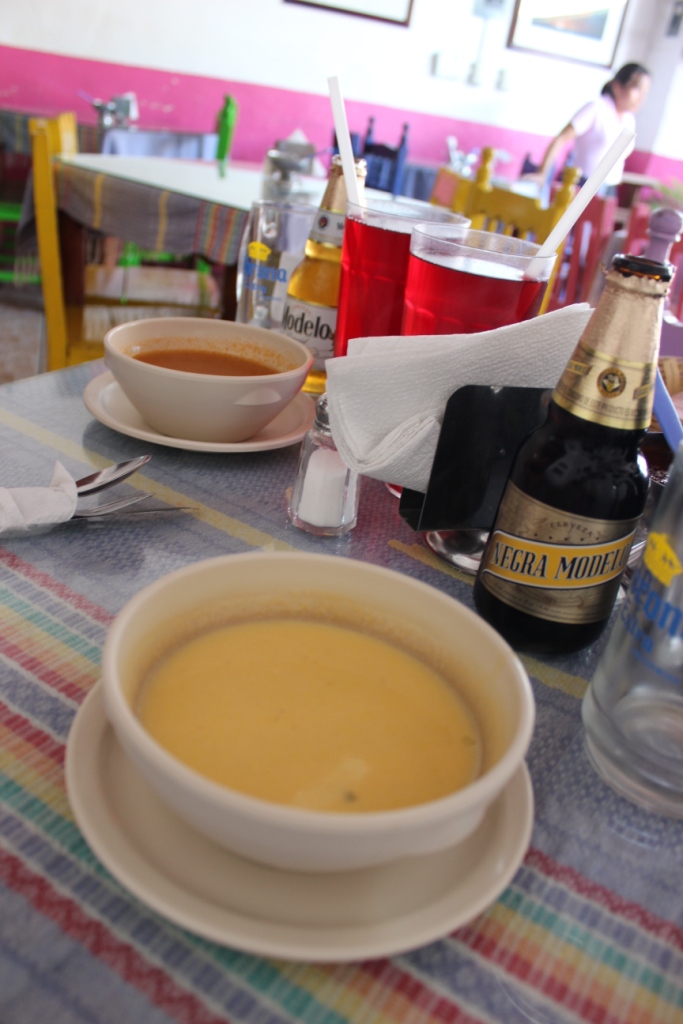 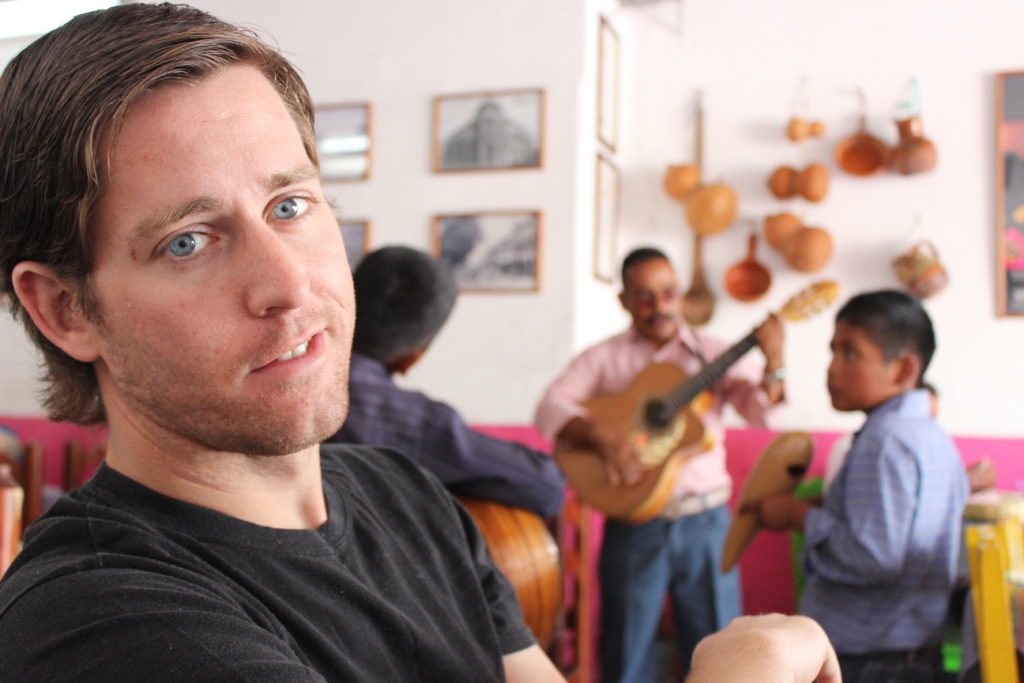 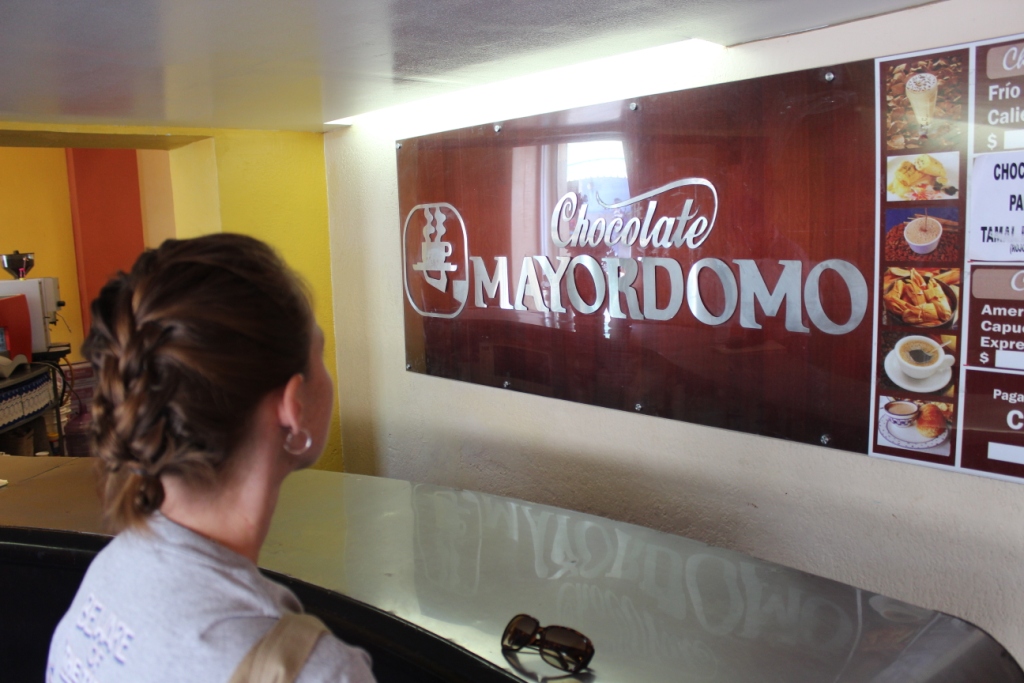 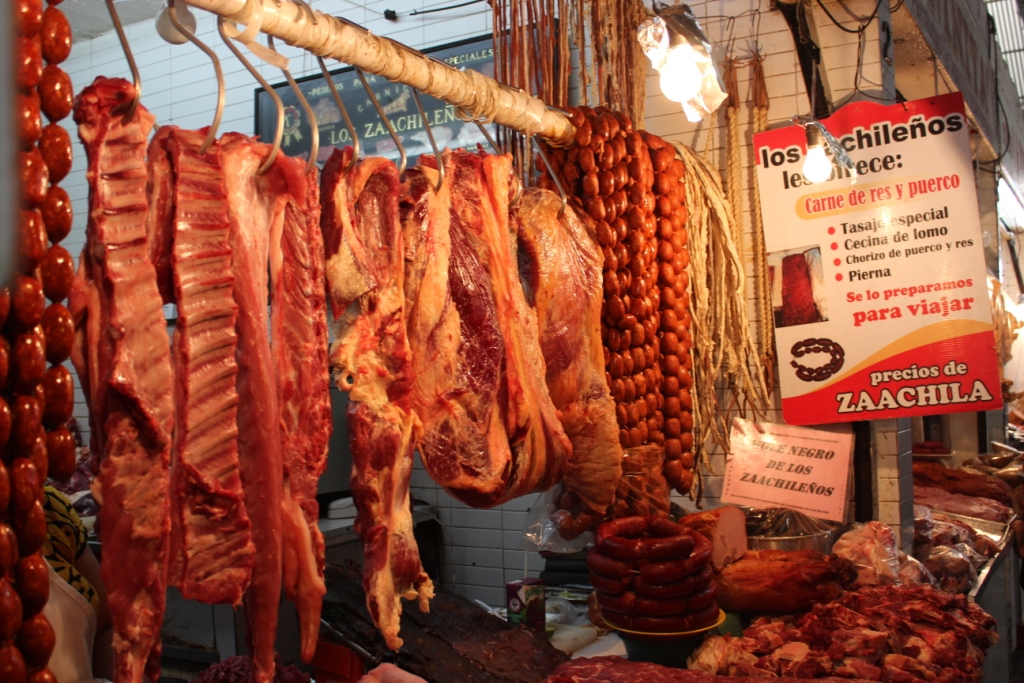