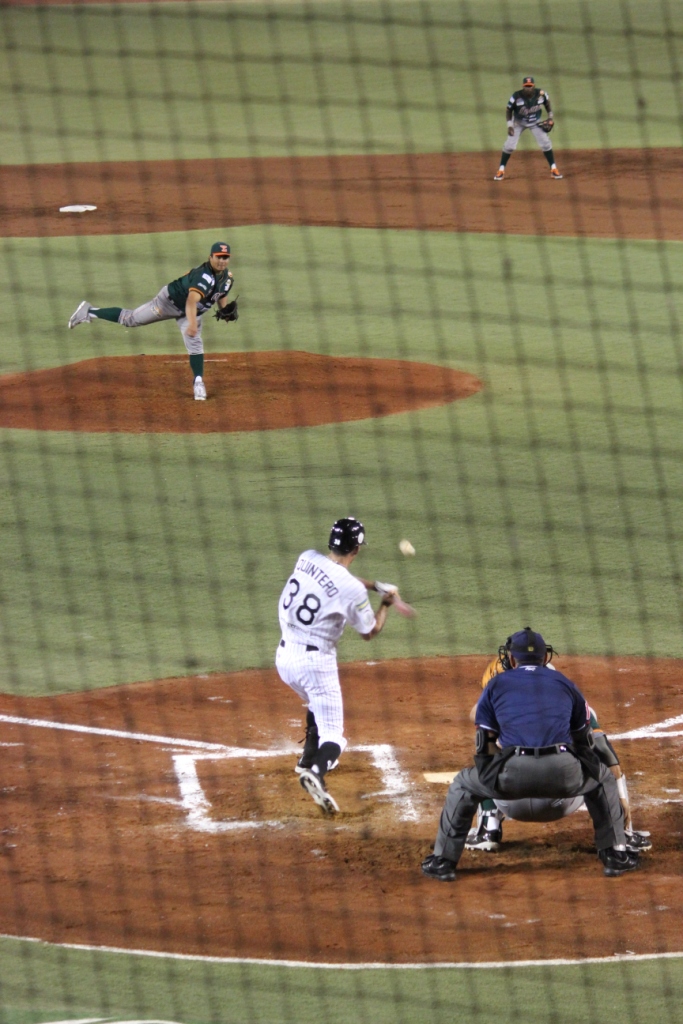 The Baseball: Though described by MLB as a “triple-A level” league, what we saw in an admittedly small sample size of one game was probably closer to double-A. Fastballs in the upper 80s, not a whole lot of hitting for power, a couple players who were overweight even by first-baseman standards, and at least one left-fielder who had no clue how to take the proper route to a ball. That being said, it was definitely of a level high enough to warrant the entry fee and leave us wanting to go back. Oh, and the surprise fact that former Kansas City Royal and Rookie of the Year Angel Berroa played for the opposing team was a nice little bonus.

The Cost: Tickets range from 25 pesos each ($2 USD) for outfield bleachers to 150 pesos each ($12 USD) for field level seats. We paid 100 pesos ($8 USD) total for two general admission tickets and plopped ourselves down behind home plate.

The Facilities: The Guerrero’s home field is at Eduardo Vasconcelos Stadium, about 12 blocks northeast of the zócalo. It’s a decent looking, medium-sized stadium with comfortable seats and helpful staff. Tickets can be bought at a couple of sales windows on the outside of the building through which you cannot see the person on the other side. You simply state the number and type of tickets you want, slide your money into a slot, and then watch as your money disappears and tickets appear in its place. Inside, the bathrooms are relatively clean though not lovely smelling, and toilet paper costs 2 pesos via a machine that requires exact change (though one 2 peso purchase lasted for three trips to the loo). The outfield wall is a familiar scene with sponsor ads, a par for the course score board, an electronic board circa 1980 displaying batter name, position, batting average, and an inaccurate pitch speed, and a separate screen for video graphics featuring lively dance parties and pop performances in between advertisements.

The Concessions: Though a stand or two selling hamburgers and hotdogs near the entrance were operating, concessions for the most part were purchased through roaming vendors selling beer for 25 pesos ($2 USD), soda for 15 pesos ($1.20 USD), packaged snacks like chips and candy for 7-20 pesos ($.60-1.60 USD), and food such as nachos, hamburgers, hotdogs, and tlayudas for 20-35 pesos ($1.60-2.80 USD).

The Mascot and Dancers: With a team name like Warriors, you might expect a little grittier mascot than Tato, but this fun-loving figure who stood on the field during the game, made adult gestures to the crowd, and talked from inside of his costume might be the only mascot I haven’t wanted to hide from in years. If his dedication didn’t make you want to cheer for the home team, then the scantily clad dancers gyrating in unison between innings were sure to do it. Go Guerreros! 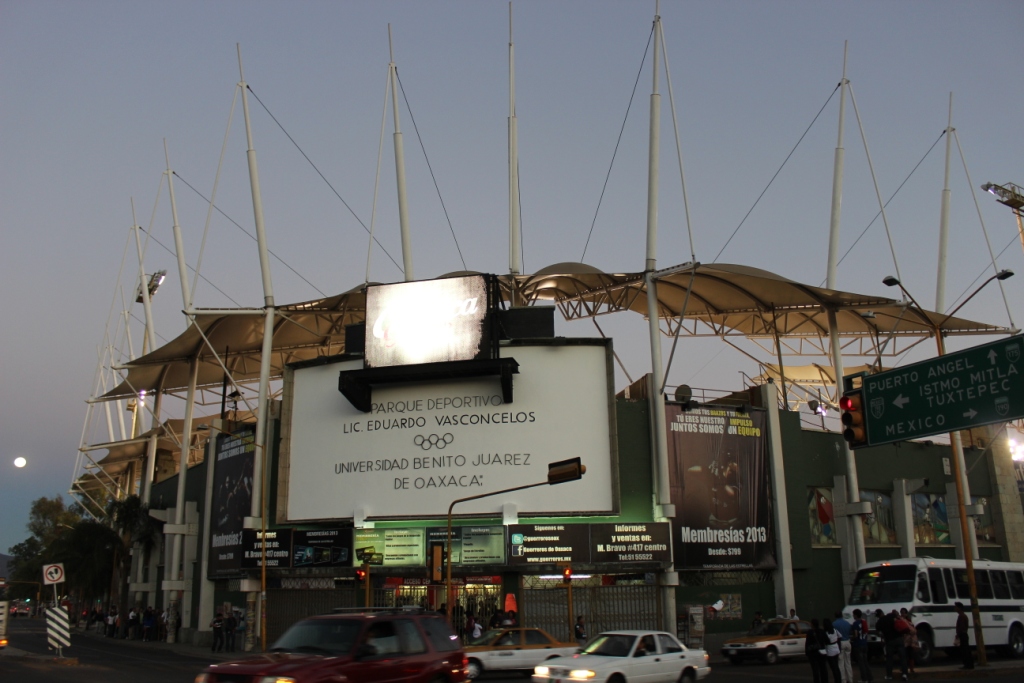 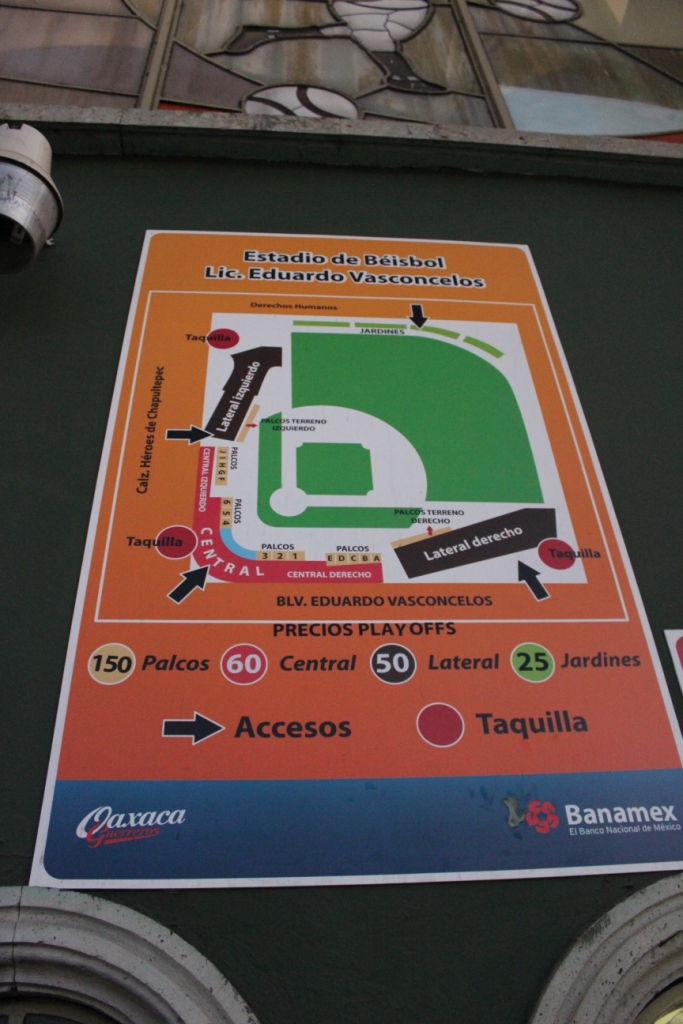 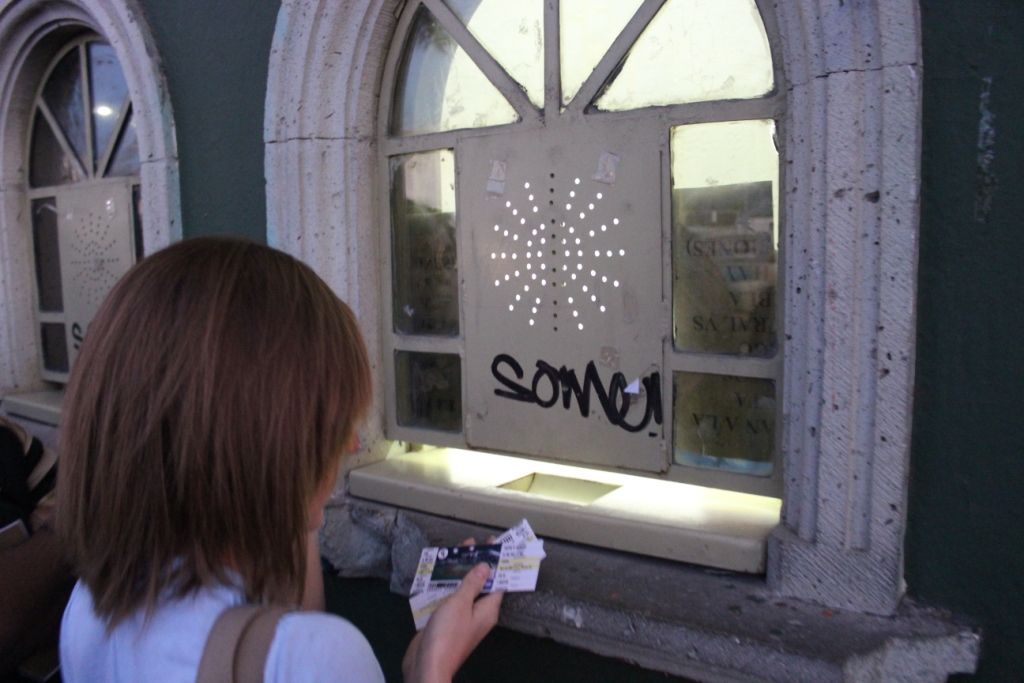 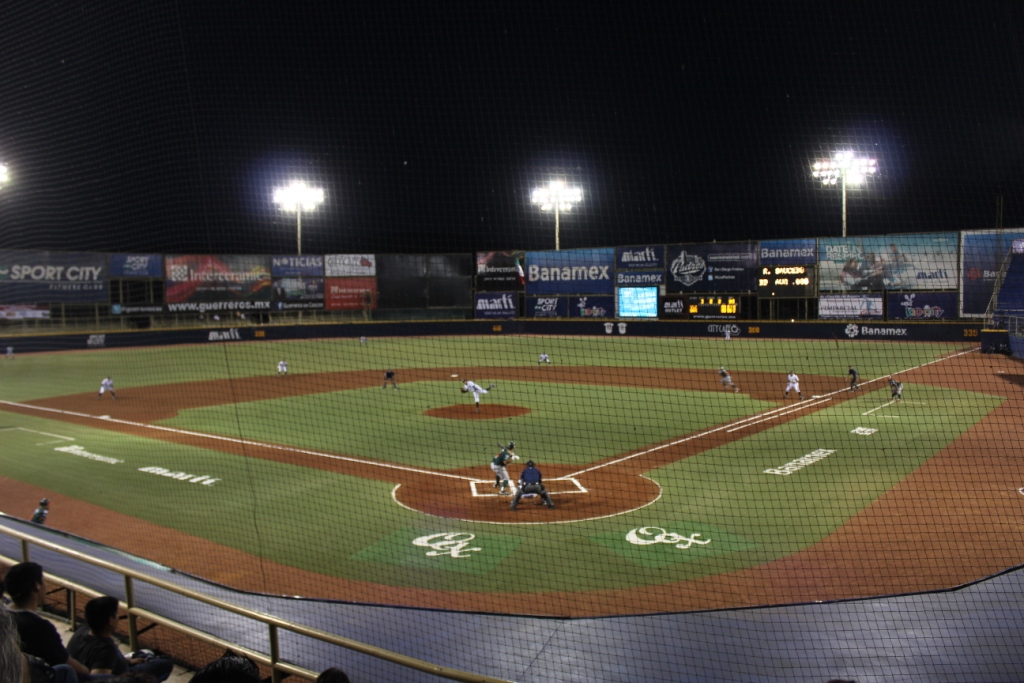 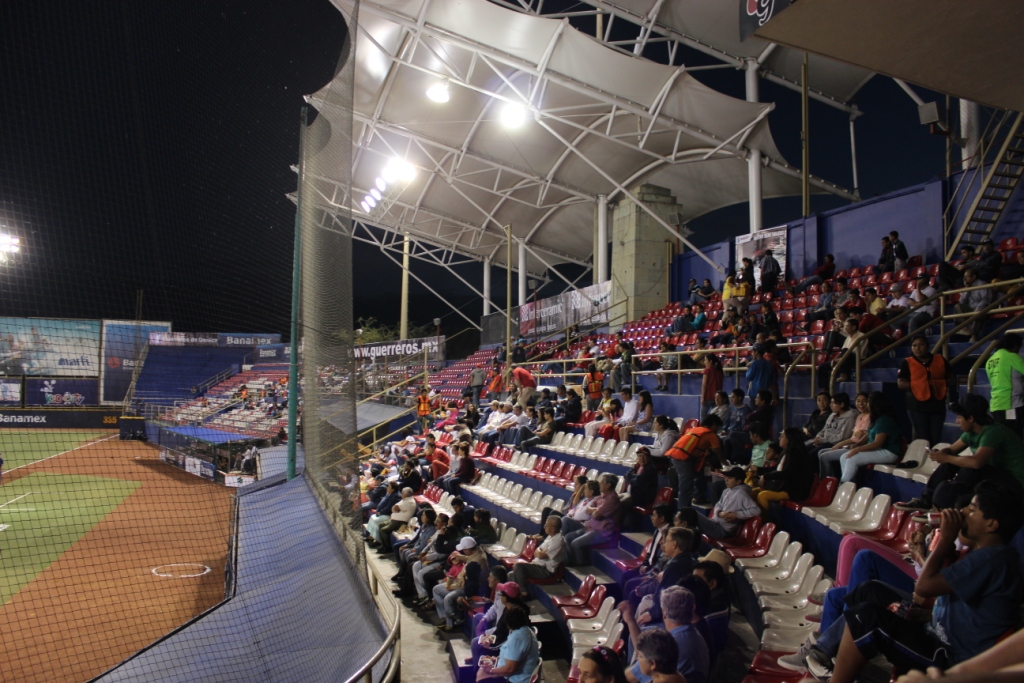 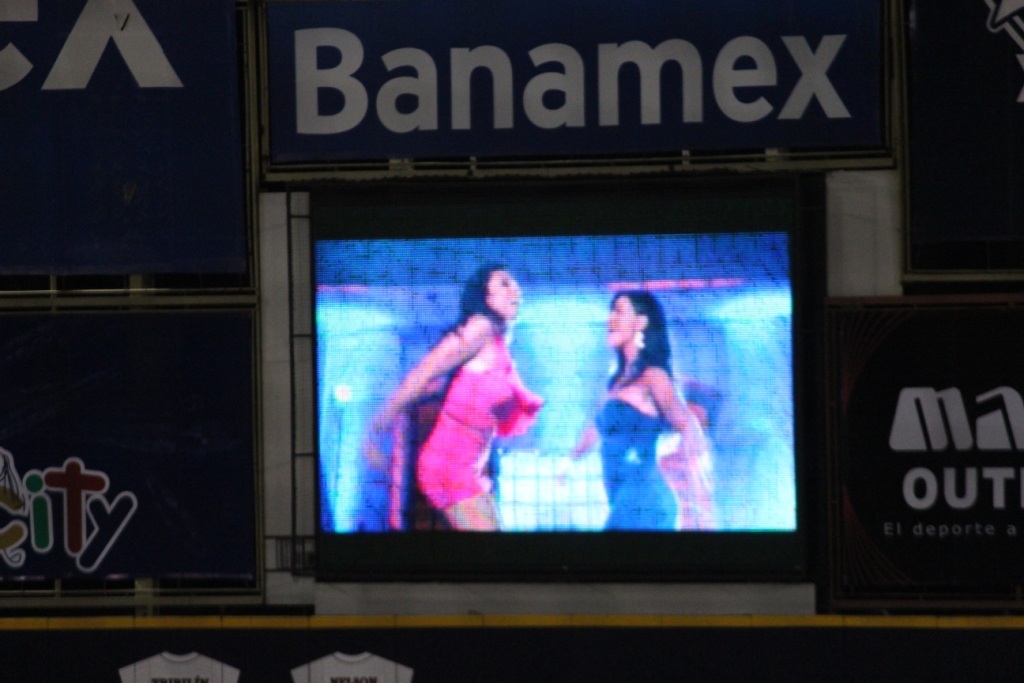 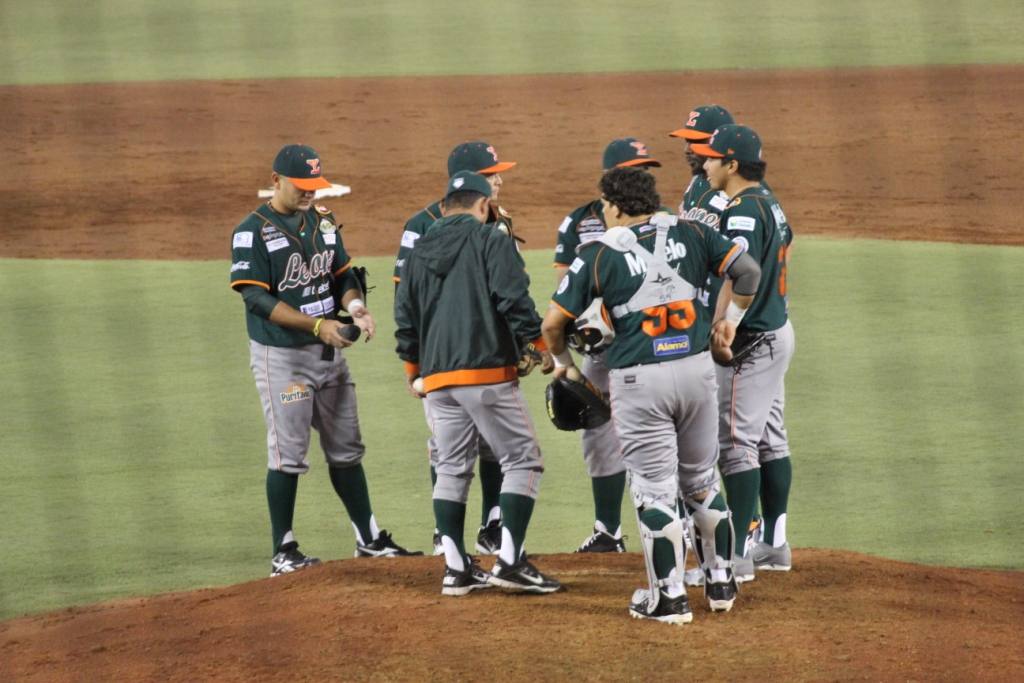 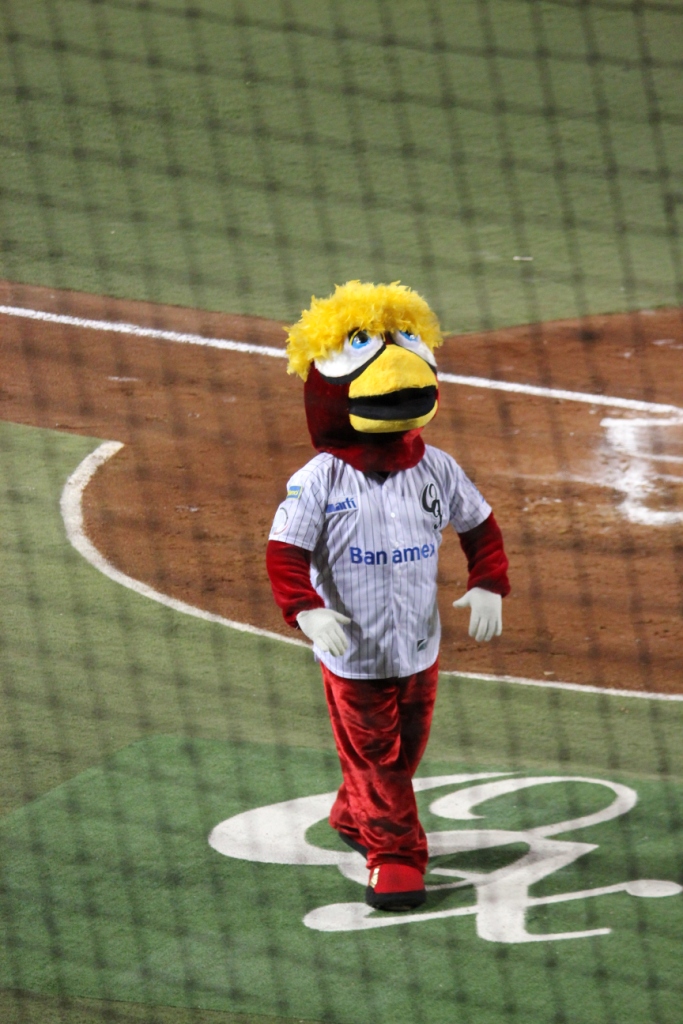