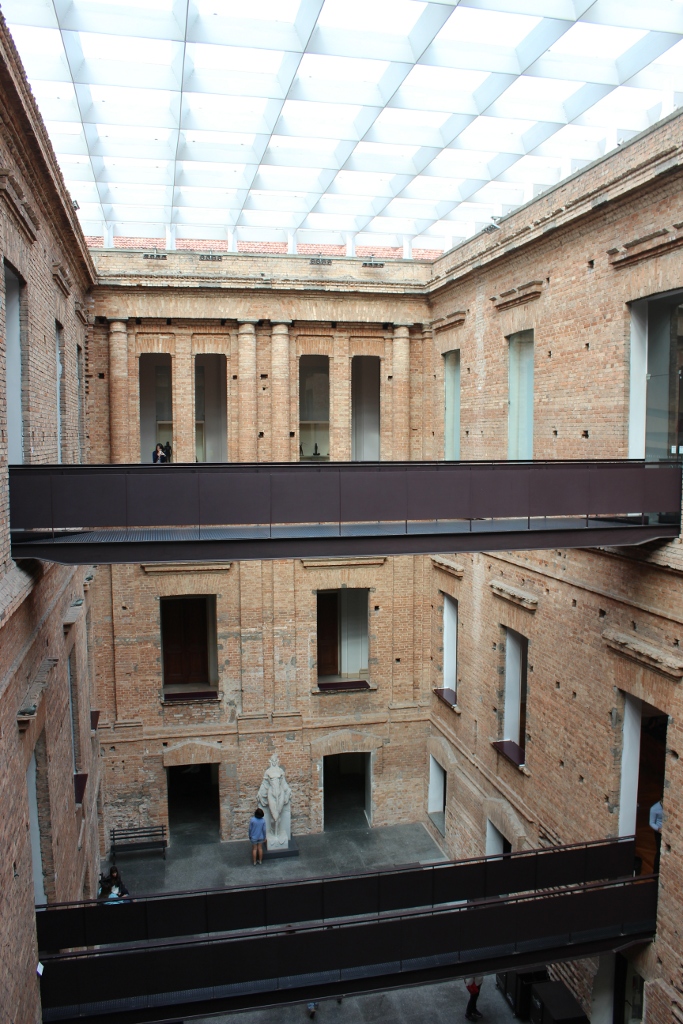 São Paulo has a lot of museums. Like a ton. Here are some that we have never been to and thus can’t speak to their quality:

In addition to those, we have actually had up close and personal experiences with three other of São Paulo’s museum:

Our trip to the Museu do Futebol at Estádio do Pacaembu (home of Sporting Club Corinthians) has been previously detailed by Brianna here. 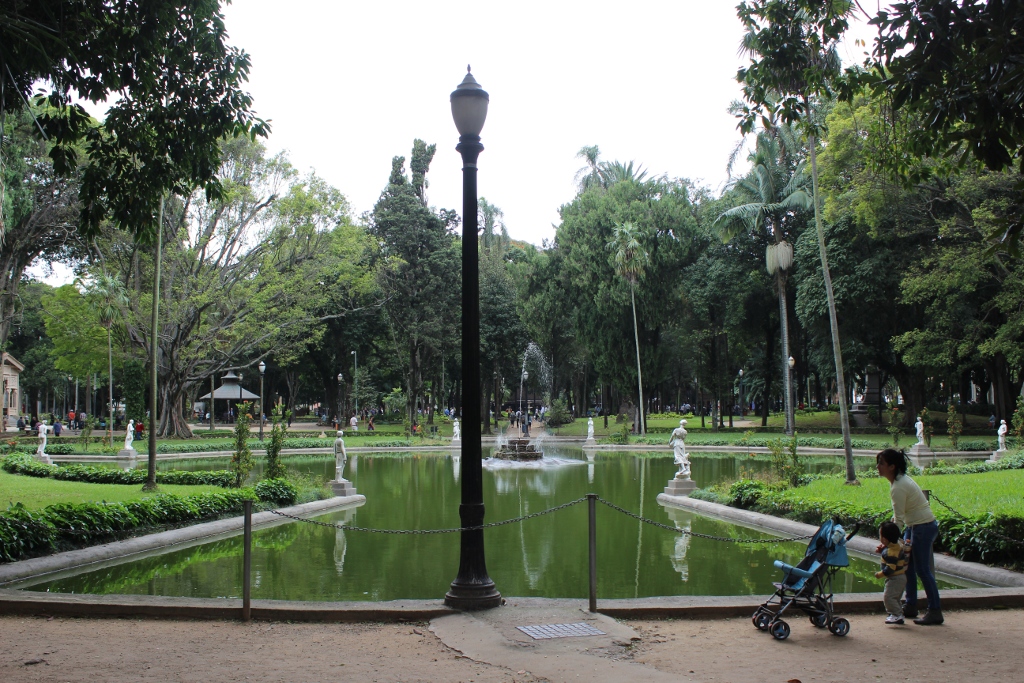 Picacoteca, as it is usually shortened, is located in/adjacent to the southeast corner of Jardim da Luz (literally “garden of light”), a popular but tranquil park that was apparently a common meeting/relaxing place for high society at the beginning of the twentieth century. On the Saturday afternoon we were there, Jardim da Luz was a fascinating mix of characters, full of families and vagrants and musicians and hookers and chess-players and drunks and painters. After trying and failing to enter the museum from the park itself (you have to walk around to the street side), we made our way up the front steps, got our tickets (FREE ON SATURDAYS!), and spent the next couple hours wandering around.

The building itself is very cool. A couple decent-sized courtyard areas are found in the interior, though the roof has been closed off with translucent glass. The ground floor was pretty blah. Mostly temporary modern exhibits that tried really hard to be original and thought-provoking, but kind of fell on their faces. How moved can one really be by seeing a fan blow into a blue sheet? The first floor (sorry fellow Americans, everywhere else in the world the first floor is actually up one level up from the entrance) was much more interesting, at least to my untrained eye. Room after room of drawings, paintings, and sculptures by Brazilian artists from colonial times until the mid-twentieth century, with representatives from all walks of Brazilian culture and life, could keep one entertained and reaching into the past for quite a long time. Strange how colors on a canvas can make you start to associate feelings and emotions with a place you presume to know very little about. 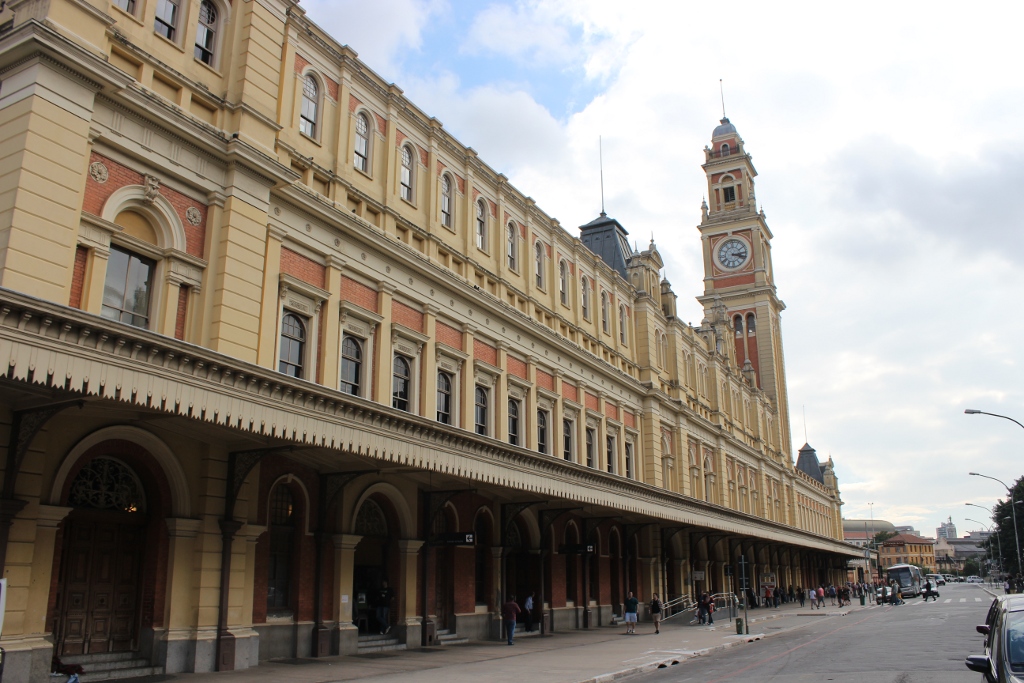 Directly across the street from Pinacoteca is the Museum of the Portuguese Language, located in the magnificent Estação Luz (São Paulo’s oldest operating train station, completed in 1901). Amazingly, it is also free on Saturdays! Inside is a small-but-not-tiny museum housing exhibits detailing the history of Portuguese in Brazil, explaining influences from native, African, and other European languages over the past half millenium. Interactive displays let visitors watch videos, learn about word origins, and hear differences between the Portuguese spoken in Brazil, Portugal, and the Lusophone countries of Africa. Very interesting stuff, though you will need to be able to read at least a little Portuguese (or Spanish) in order to get anything out of it, as there are no supplementary English materials. 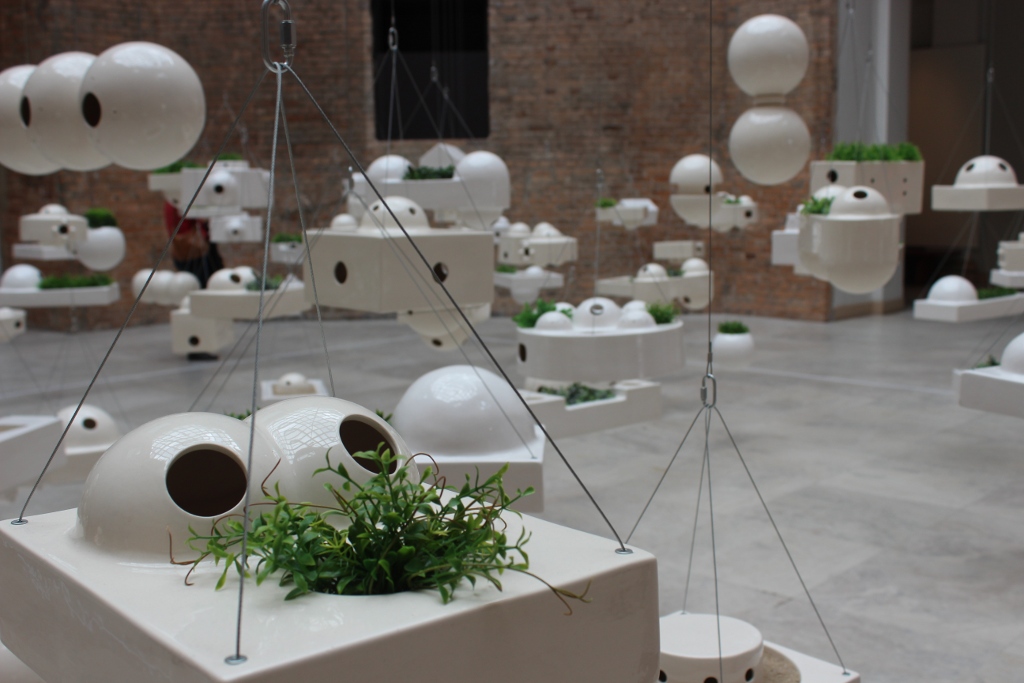 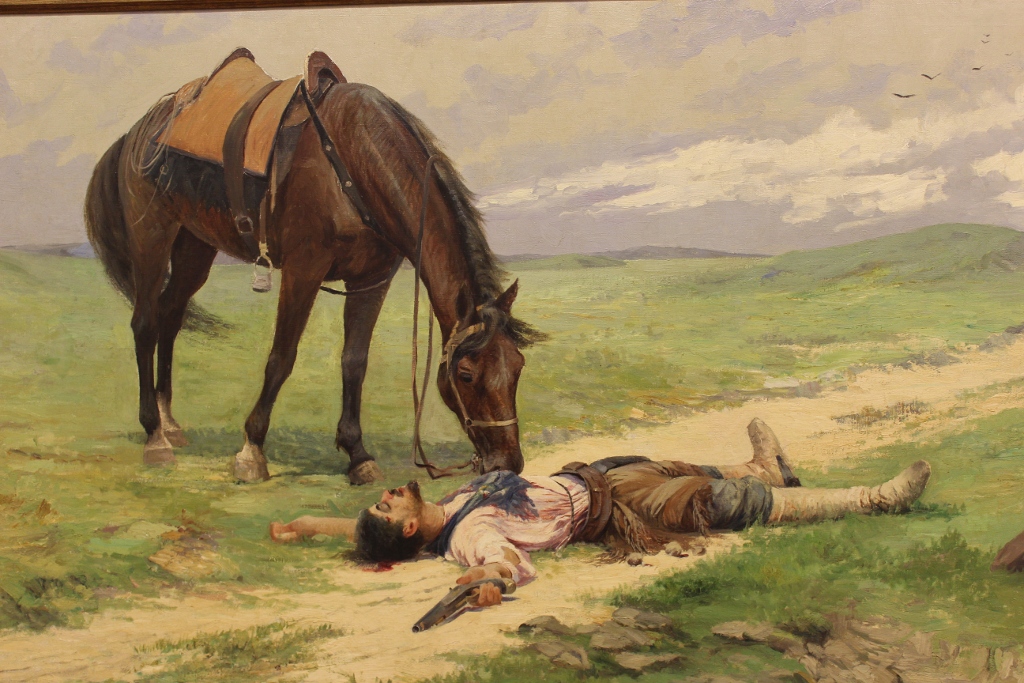