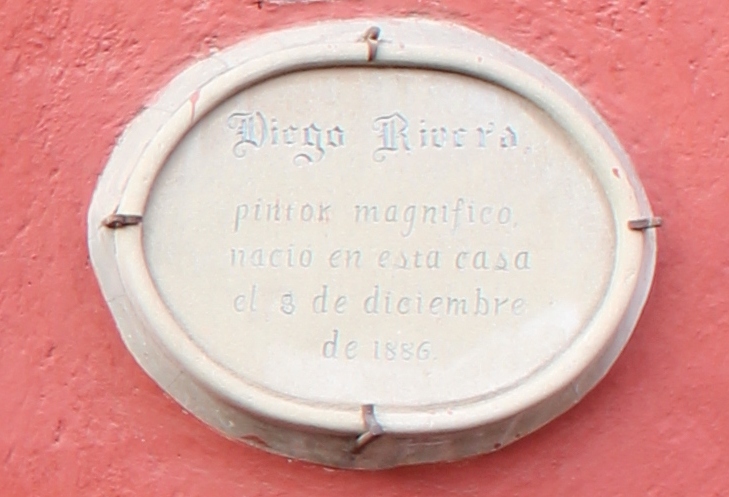 The home on Pocitos Street on which the placard is adorned indeed belonged to Rivera’s well-to-do family at the time of his birth and has now been converted into a museum that displays some of his paintings in addition to presenting the first floor as it might have looked in the late 19th century. Signs at the entrance prohibited photography, so we have fairly few pictures to share, but the museums of Guanajuato are proving to be quite impressive, and this one, which required less than an hour and just 20 pesos ($1.60 USD) per person, was no different. Aside from the delight of seeing original works from such a celebrated artist, three main things caught our attention:

1. Diego Rivera’s full name as it was given to him at birth is Diego María de la Concepción Juan Nepomuceno Estanislao de la Rivera y Barrientos Acosta y Rodríguez. This has nothing to do with the house itself except that I learned it while reading about the guy an hour before our visit, and it is, if I do say so myself, notably lengthy.

2. Though not the most thrilling of his works on display at the house, the first painting we saw on the second floor was precise, clean, photo-esque, and impressive. What really shocked us was that he painted it when he was just 12 years old while studying art in Mexico City.

3. His grandmother appears to have looked just like Kenny Powers. Right? Anyone?