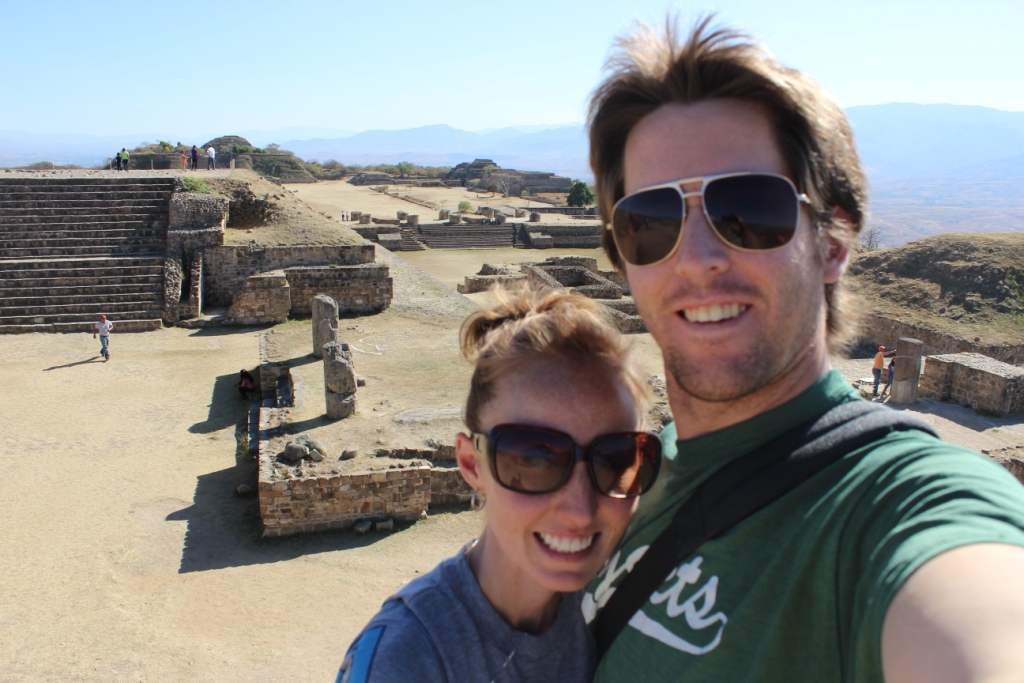 Just six miles west of the center of Oaxaca de Juarez lies the large pre-Columbian archaeological site of Monte Alban. Founded around 500 BCE and continuously inhabited for over one thousand years by the Zapotec culture, the site itself sits atop an artificially leveled ridge (i.e. they chopped off the top of a mountain!), 1300 feet above the valley floor below in a wonderfully defensible position, with sweeping views of the surrounding mountains. It reached an estimated 5,000 inhabitants within a couple hundred years (while neighboring cities shed inhabitants, presumably due to migration to the newer, safer, and gaining-in-power Monte Alban). By 100-200 AD Monte Alban had grown to a population of over 17,000, making it one of the largest cities at the time in Mesoamerica and the most powerful this side of their trading partners at Teotihuacan. From 500-1000 AD, the site’s power and importance declined; left in its wake were dozens of smaller population centers continuously competing for power and influence, which was the state of the region upon the arrival of the Spanish in the sixteenth century.

I won’t go into too much detail on the various excavated buildings, but the majority of Monte Alban’s most important structures lie on or just off of the Main Plaza. This is essentially a perfectly flat giant courtyard measuring 200 meters by 300 meters and surrounded on all sides by various buildings. Most of these are thought to be temples or the residences of the city’s elite, though an ancient observatory lies roughly in the center of the Main Plaza. Elevated platforms, accessible by impressive sets of stairs, bracket each end lengthwise, and reward the climber with even more expansive vistas of the surroundings. A beautifully preserved ball court is located just east of the Main Plaza, and here the mind quickly imagines athletes playing, as the case may have been, to settle disputes or to save their own lives.

In modern times, Monte Alban is easily accessible via a well-paved road from the city of Oaxaca. Just above a cobble-stone parking lot is a visitors’ center, complete with a cafe, a bookshop, and a small museum containing various artifacts and carved stones. Entry fees are 57 pesos ($4.50 USD) per person, but Mexican nationals can enter for free on Sundays. 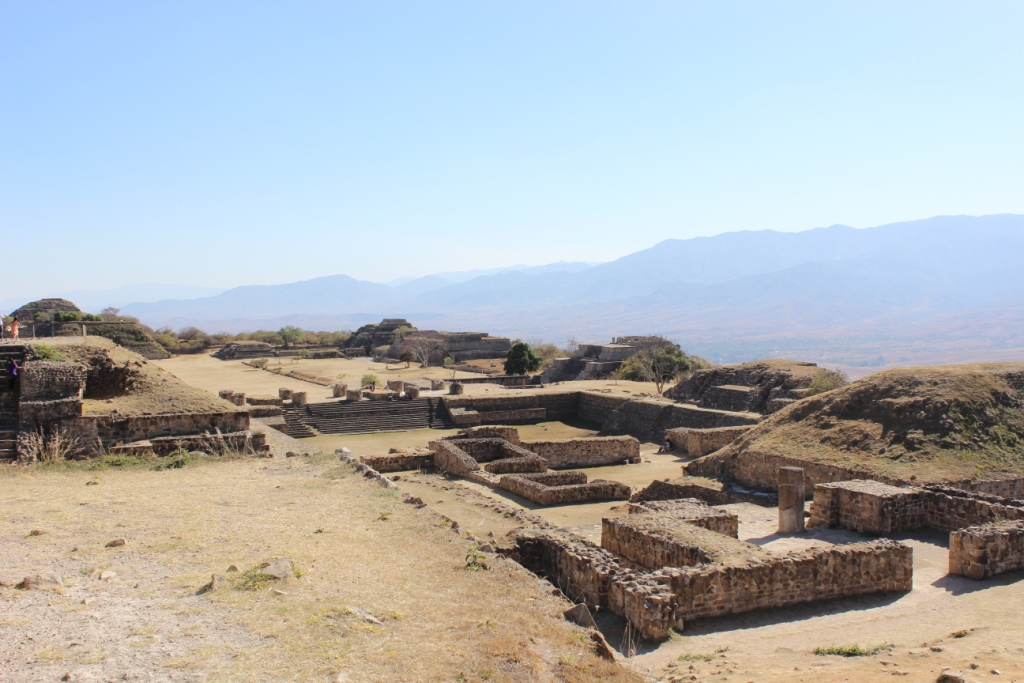 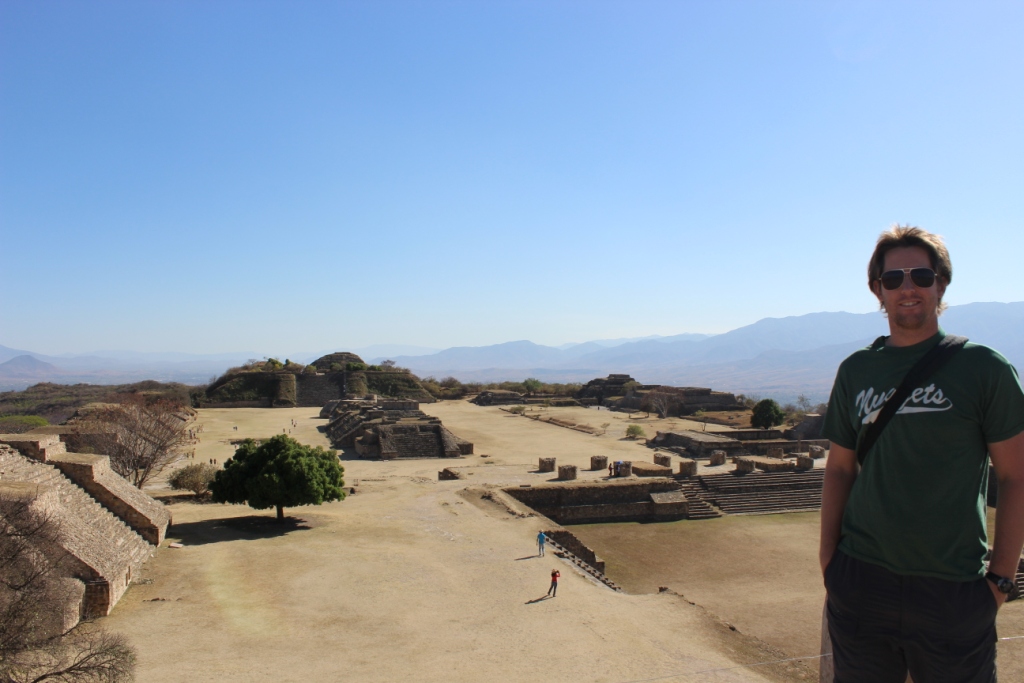 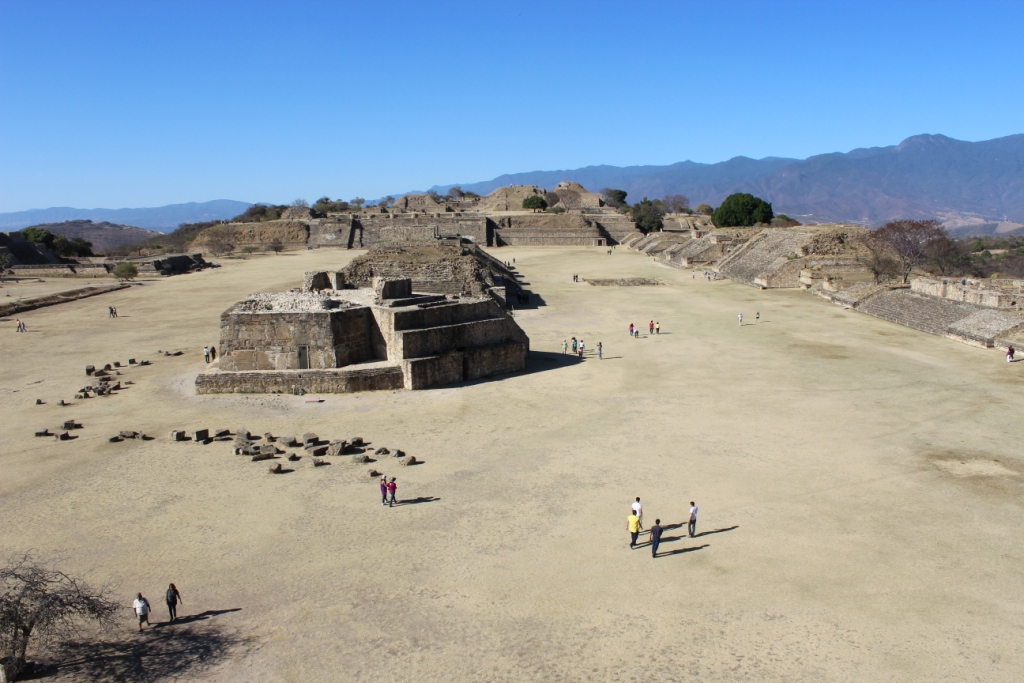 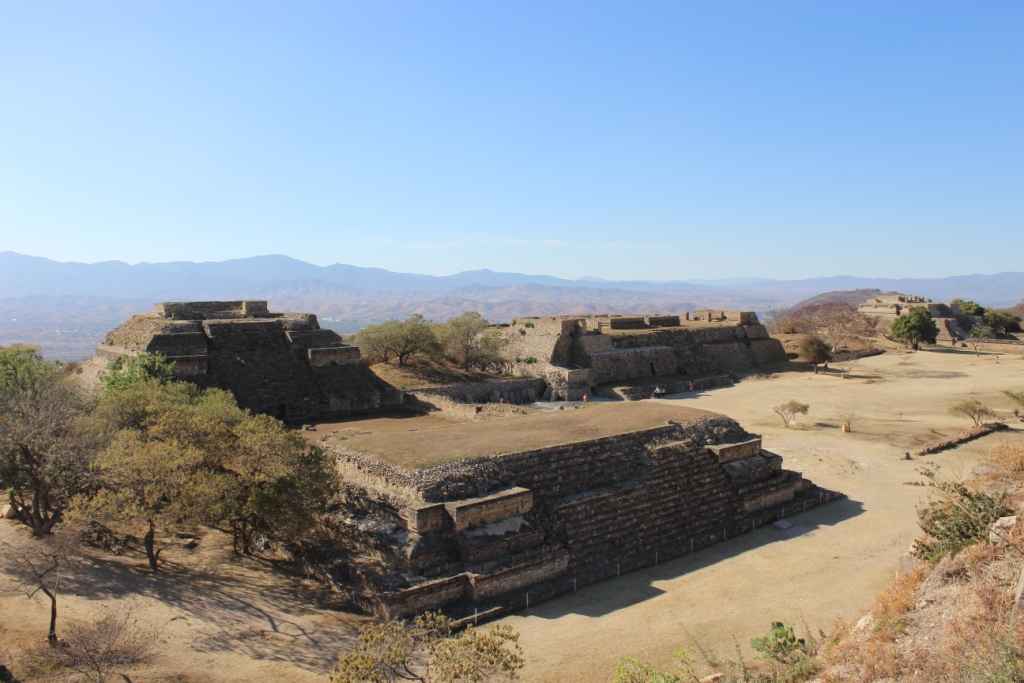 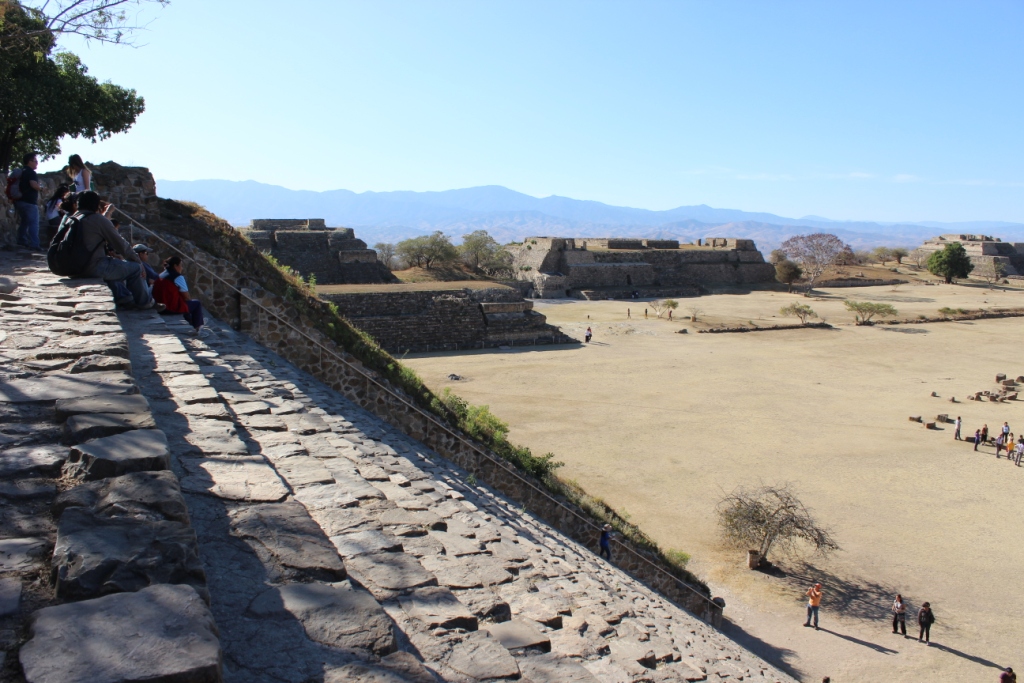 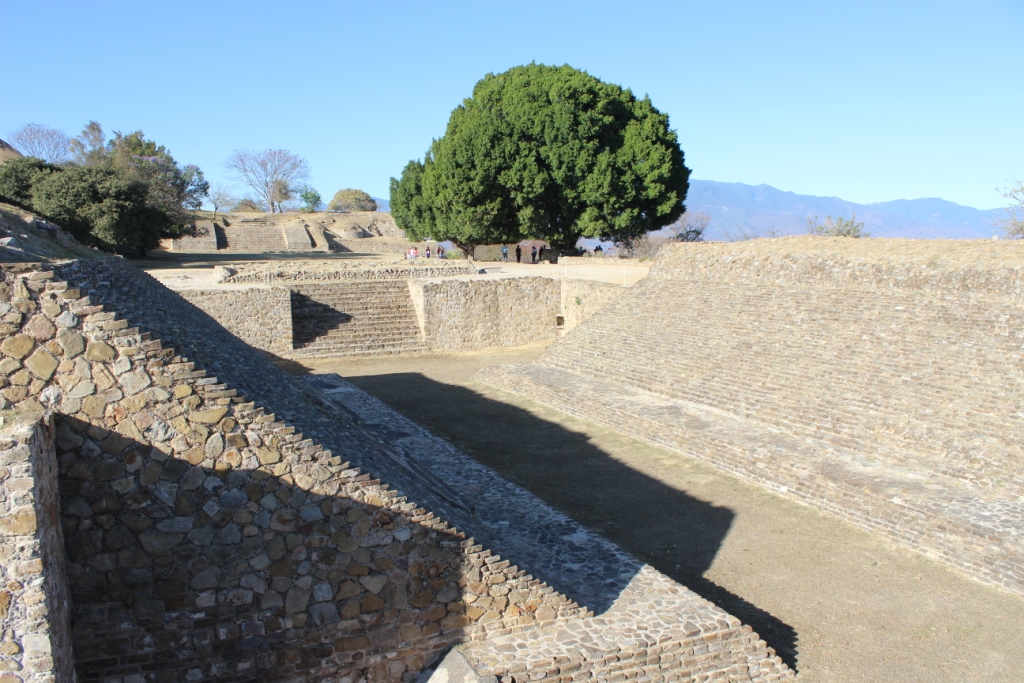