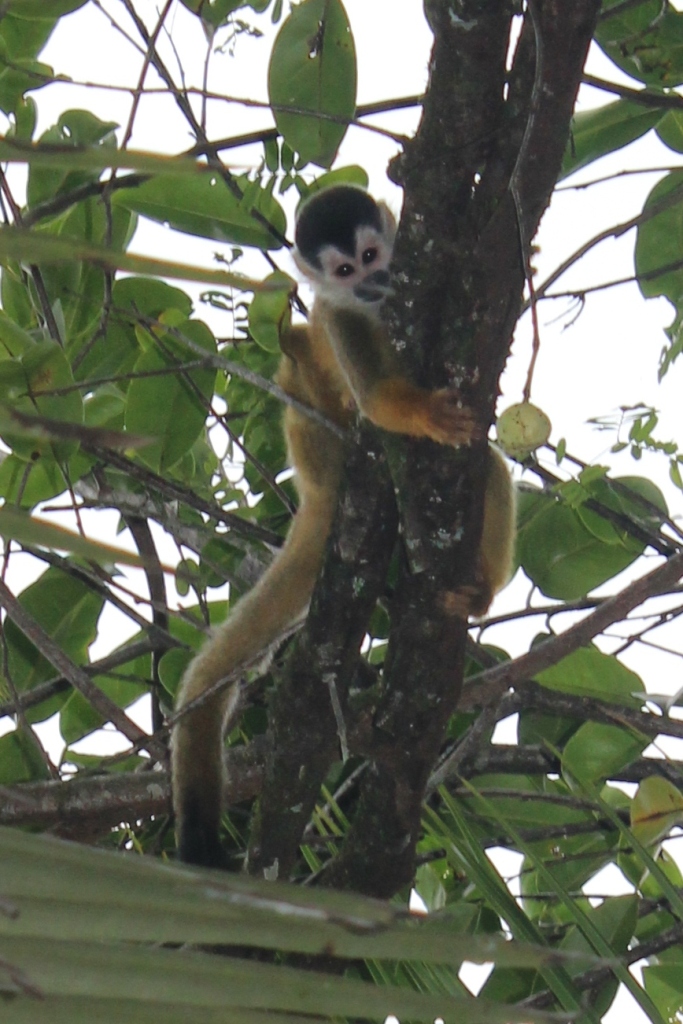 One of the great joys of our time thus far in Zancudo, Costa Rica has been our almost daily monkey sightings. Costa Rica is home to four species of monkey (in ascending order by size: Central American Squirrel Monkey, White-headed Capuchin Monkey, Mantled Howler Monkey, and Geoffroy’s Spider Monkey). The southern Pacific coast is the only region in the country where all four are found, and we have been lucky enough to watch troops of each kind make their way through the trees in our yard. The capuchins are seemingly the most numerous and frequent visitors, and we see them swinging and foraging through the canopy in the late afternoon. The howlers make their presence known most often, though it is usually via their eponymous calls, which can heard most days at dawn and dusk. By far the smallest, the squirrel monkeys seem to be the most curious and are often found just a few feet over our heads, watching us as intently as we are watching them. We’ve only seen the spider monkeys once, but their large size, lanky build, and long arms make them the most visually striking, perhaps even haunting. For the most part they come and go as they please, aware of the happenings down on the ground, but not largely concerned with them (although on one occasion, Olmec was the victim of a stick-throwing attack after he so rudely barked at a troop of capuchins). 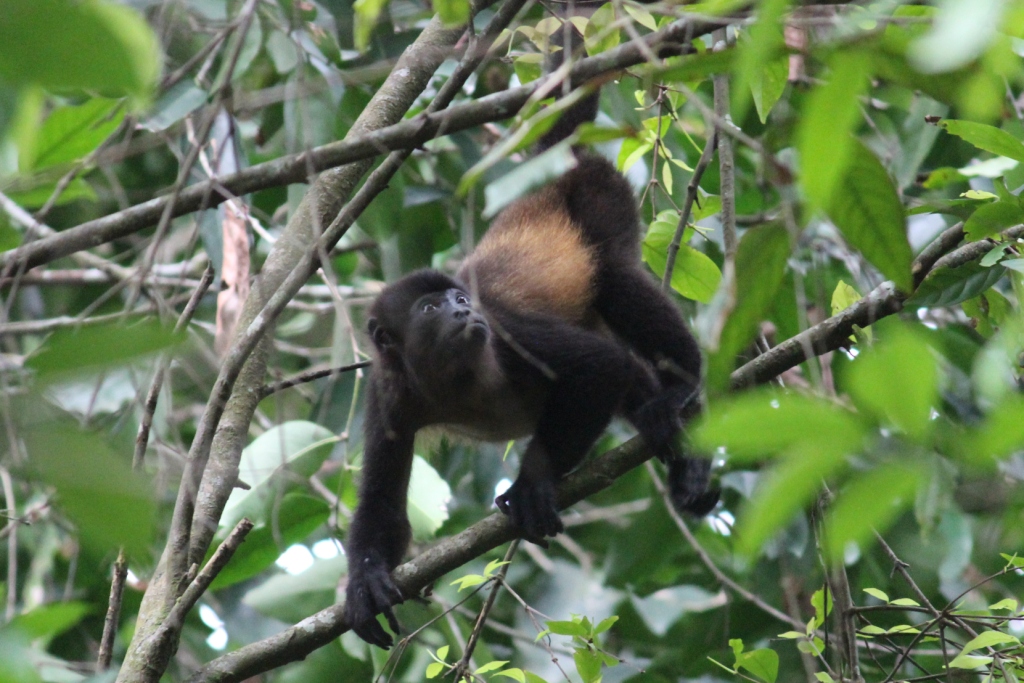 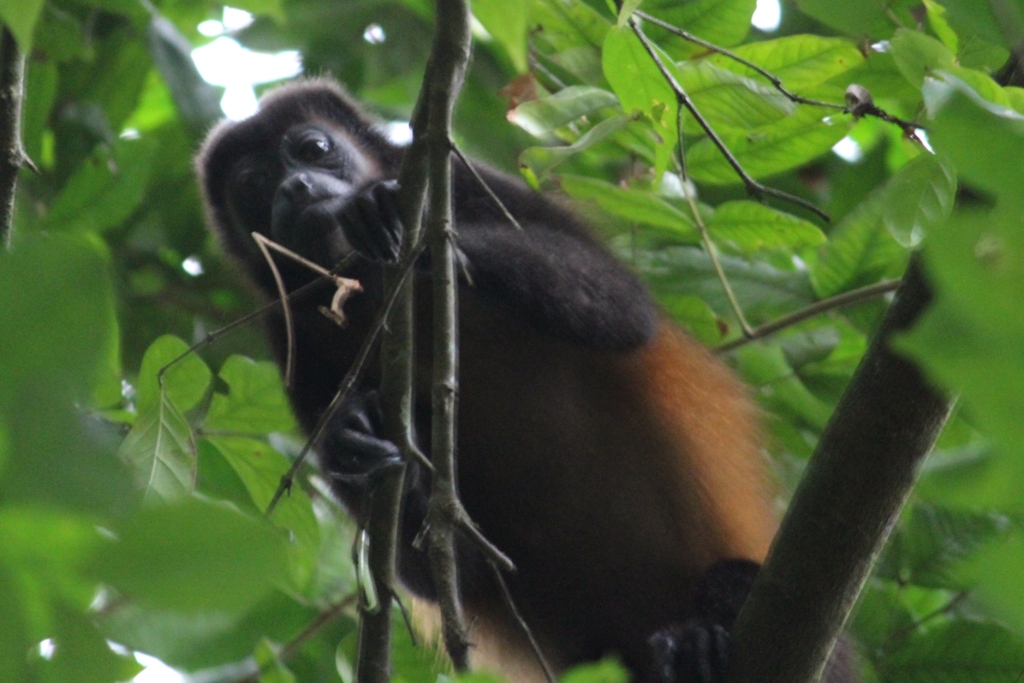 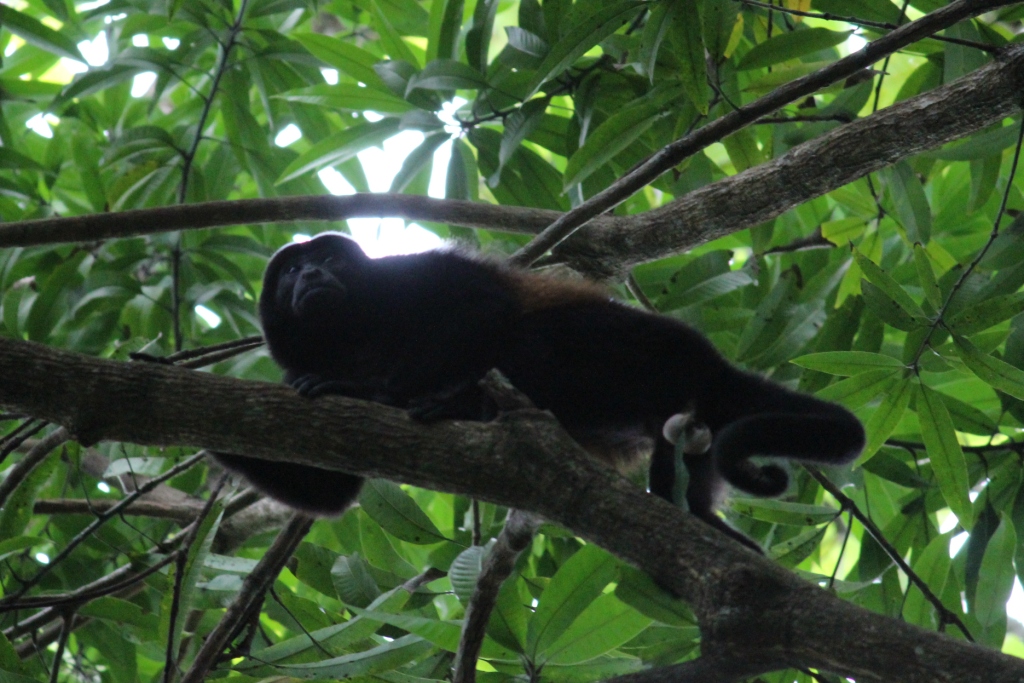 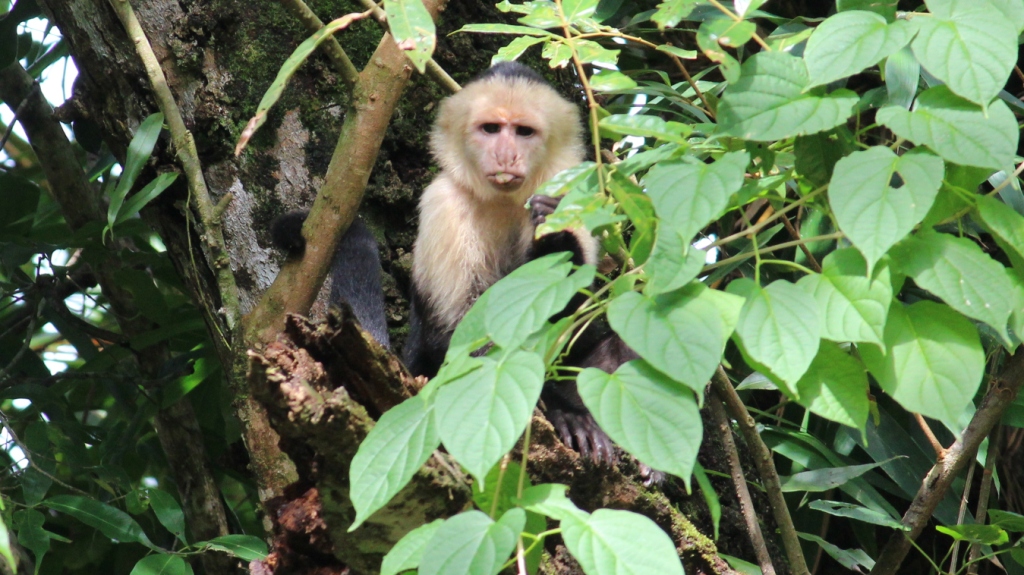 White-headed Capuchin Monkey sticking his tongue out at us