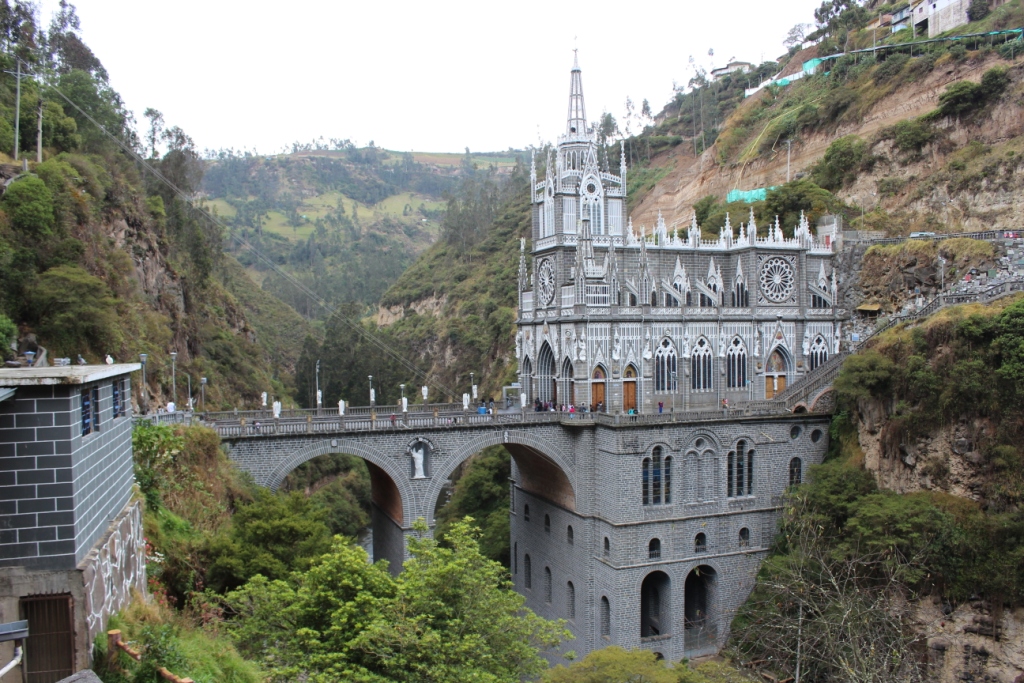 In brief, Las Lajas Sanctuary is a Gothic revival basilica located in the Colombian town of Ipiales, just a few miles from the border with Ecuador. Built between 1916 and 1949, the church lies at the bottom of a canyon spanning the Rio Guáitara. There are some purported miracles/sightings of the Virgin Mary that inspired the creation of the church, as well as some history regarding shrines and a chapel built on the site in the centuries preceding the current church. Let’s be honest though – all that is pretty boring, and you just want to see pictures of this magnificent structure.

We had heard about Las Lajas from a couple sets of fellow travelers. As it was conveniently located just ten minutes off a highway we were taking, we decided to stop off and have ourselves a look. After leaving Pasto before sunrise, we followed the signs off the main highway near Ipiales, drove down into the canyon, and pulled into the parking lot at about 7:30 in the morning on a Saturday. The lot itself was already half full. Prices were marked in both pesos (2000 COP) and dollars ($1.00), as apparently the site is a popular destination for Ecuadorians as well. We emerged to spitting rain and walked down the slippery cobbled walkway past souvenir shops and food stands further into the depths of the canyon. Some sort of service or organized prayer was going on inside the basilica, and the crowd seemed to be a somewhat even mix of reverent pilgrims and tourists snapping photos or slamming snacks. It really was quite an impressive building in a serene location – I’ll let our photos do the rest of the talking. 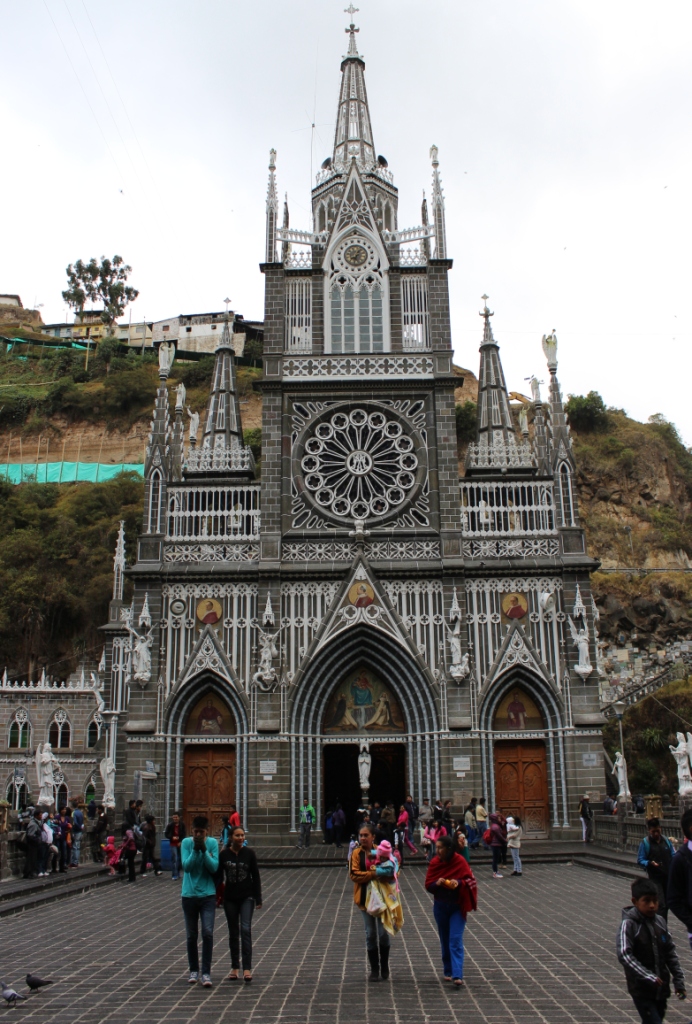 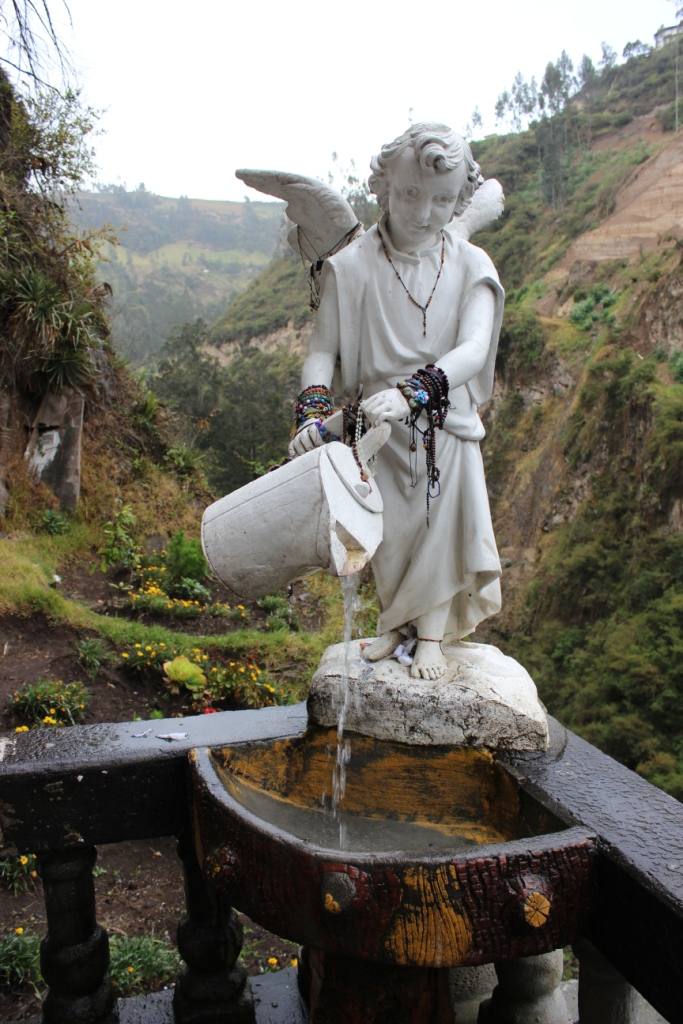 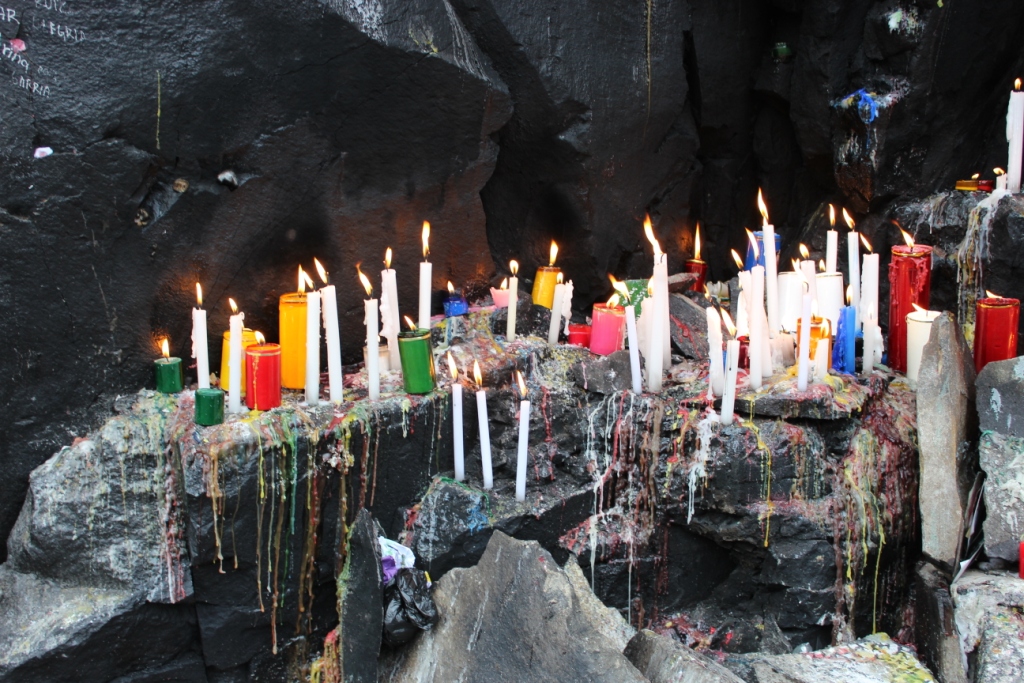 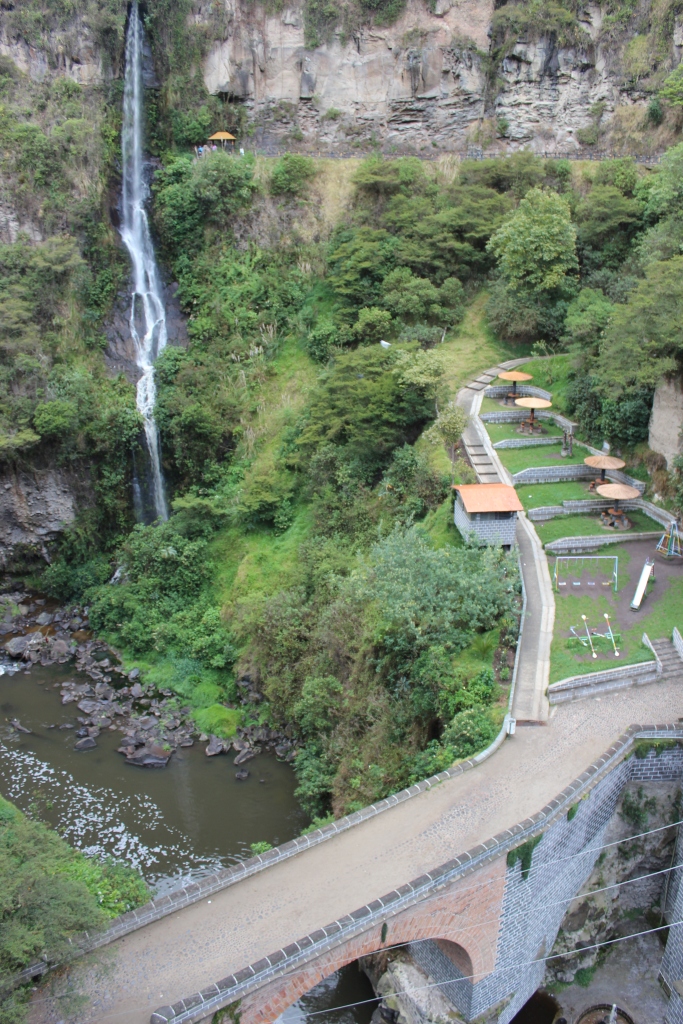 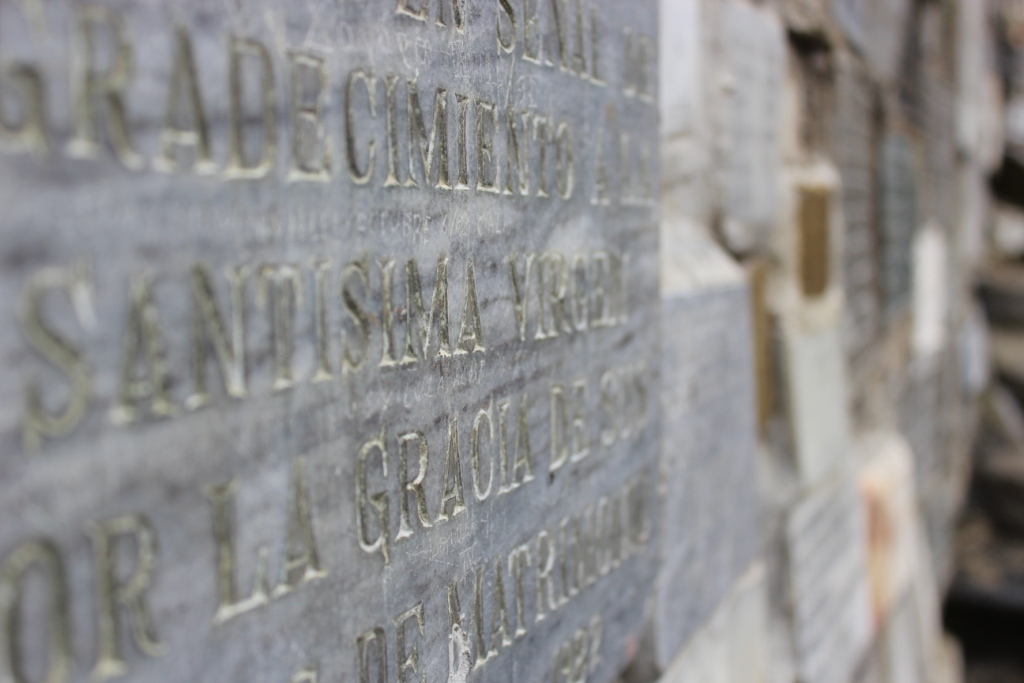