La Valenciana Mine and Church 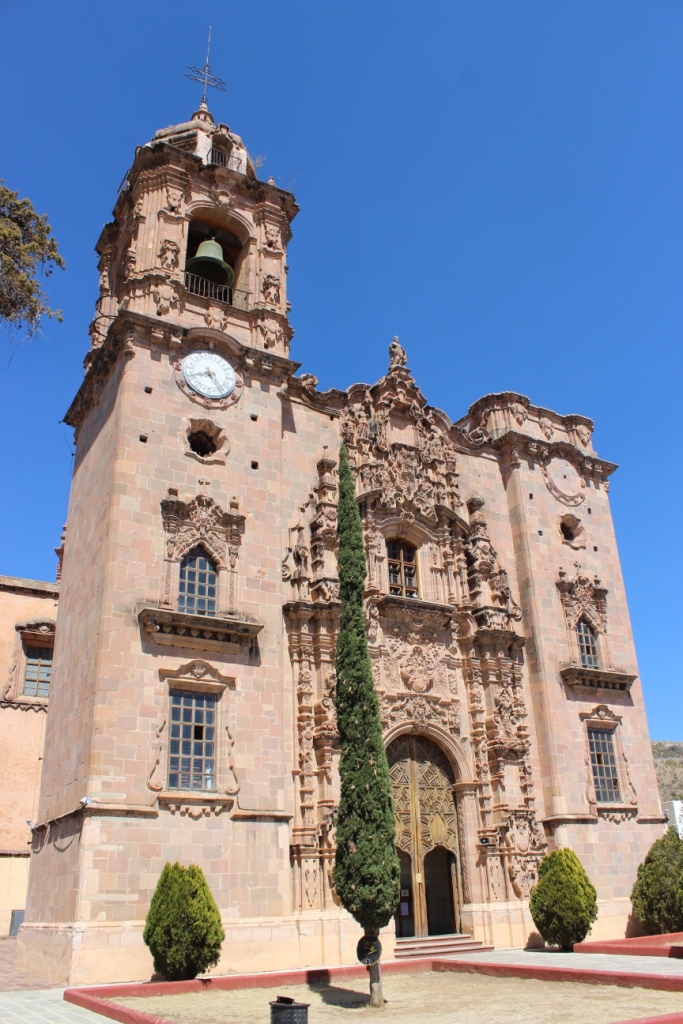 As we’ve touched on a few times in the last month, much of Guanajuato’s history and wealth can be traced to the nearby silver mines. Our daily walks through the colonial streets of the city were captivating, and we were eager to wrap our heads around the industry that made it all possible. On our last Saturday in town we climbed into the CR-Van for the first time since arriving and squeezed through some narrow roads until we found ourselves free on the Panorámica, a winding road along the east side of town that led us north to La Valenciana. It was only a fifteen minute drive, but even that was incredibly interesting as we drove past centuries-old stone structures, currently operating mines, and small community shops intermixed with more modern constructions including grand hotels, corporate shopping centers, contemporary architecture, and even a state-of-the-art sports complex of whose soccer and baseball fields we stood in awe of for a few minutes along the way.

Upon arrival though, we indeed felt like we were far from Guanajuato’s centro, in another place and perhaps even another time. The square surrounding the church was admittedly touristy, hosting booths of craft vendors, a handful of street food stands, and busloads of guide-led visitors, but none of that impacted our exploration much as we were able to float freely and perhaps even less noticeably around the groups being herded from one attraction to the next. La Valenciana’s church, the Templo de San Cayetano de Valenciana, is magnificent. The interior is grand and gold-laden, the exterior domineering (though I would probably describe most colonial churches that way). Built by the first Count of Valenciana and completed in 1778, it is definitely a striking testament to the wealth garnered in the region. Imagine it. The mines alone made so much money and supported so many families that after using the majority of the proceeds to develop a stronger Spain, a church of this magnitude could still be erected amongst the cacti of Mexico, overlooking the rolling hills and distant city of Guanajuato, as a reflection of the extent of what silver could build (and of course, because if you believed that such riches had been bestowed upon you by God, then you probably owed him a decent thank you). Ian took photos while I tried to imagine what such worship and wealth could have been like 200 years ago, and then we headed off to the mine itself.

The current entrance to the mine at Valenciana is separate from the fort-like operation of its past. We are under the impression that by heading east from the church with the buses, one would be helped along by a salesman and could don a touristy hard hat and take some stairs into the darkness below. Not entirely purposefully, we took a different route, following signs northwest of the church to the old mine. The area now operates as a small museum where for 20 pesos ($1.60 USD) a visitor can peruse the old structures, look down into the original shaft, examine retired equipment, enjoy galleries of paintings and old photographs, take in the view from a “window” in the fort wall (which, fun fact, has 8 triangular stone peaks along the perimeter in representation of the Spanish crown), and if you’re like me, try with all of your might to understand what it might have felt like to work there during its height. In an uncharacteristic move, we opted for a personal guide. We liked the idea because no one hassled us about it, and when we asked, we were kindly told that payment is at will and a typical tip was only 50 pesos ($4 USD). What a time to try something new! About half way through our walk around the property, our guide, Angel, pointed at a photograph in the gallery of a strapping, familiar looking miner and told us what we could already see by looking at his face – that the photo was of him in his younger days. No wonder he knew so much about the process. No wonder he had such insights into the experience of the workers. We couldn’t seem to soak up enough of his story. Angel was kind, informative, and spoke slowly enough for me to understand. He had worked in the mines for 40 years, 12 of which he spent at Valenciana. It was a good job, he said; hard work but steady, well-paying, and providing a pension that he now receives in his retirement. Lucky for us, he now spends some of his days hanging around his old stomping grounds to share his knowledge for a small tip, teaching willing students of history and silver mining from an insider’s perspective. 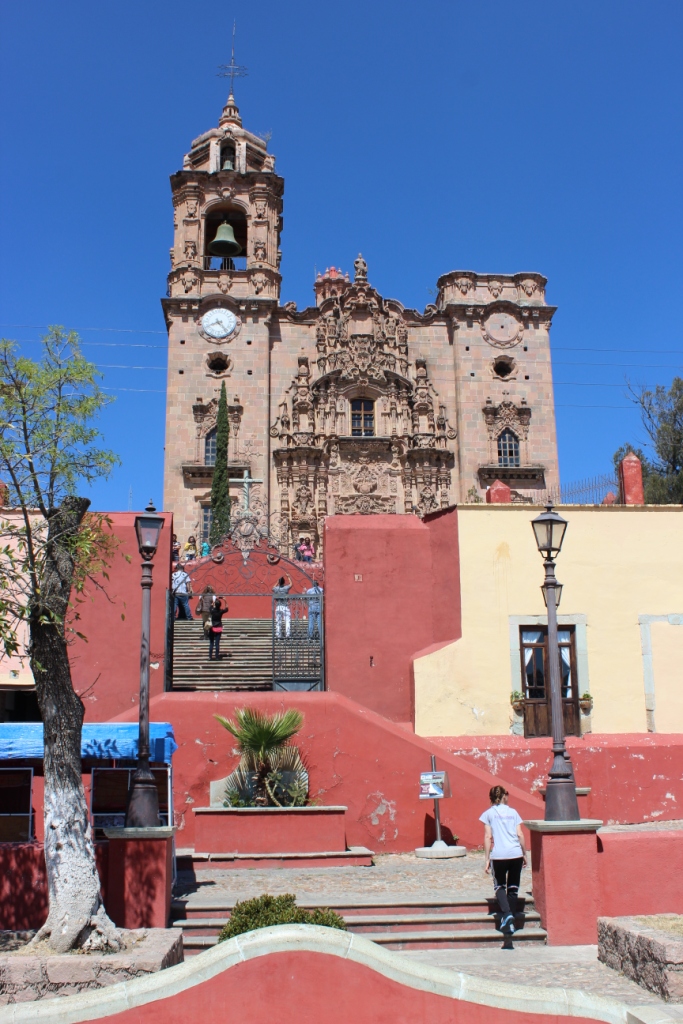 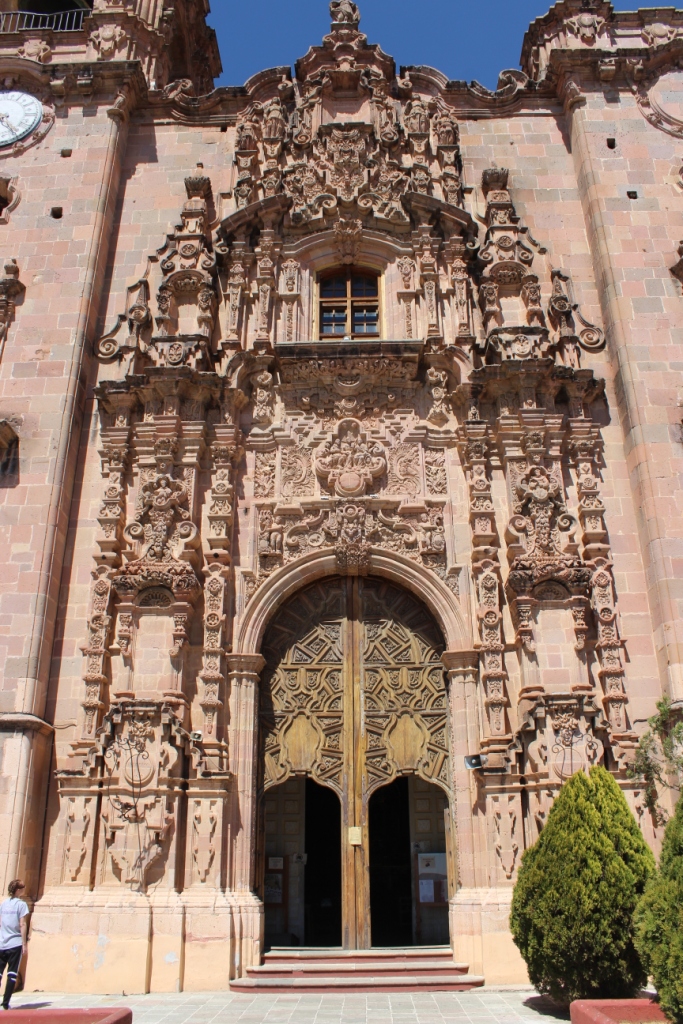 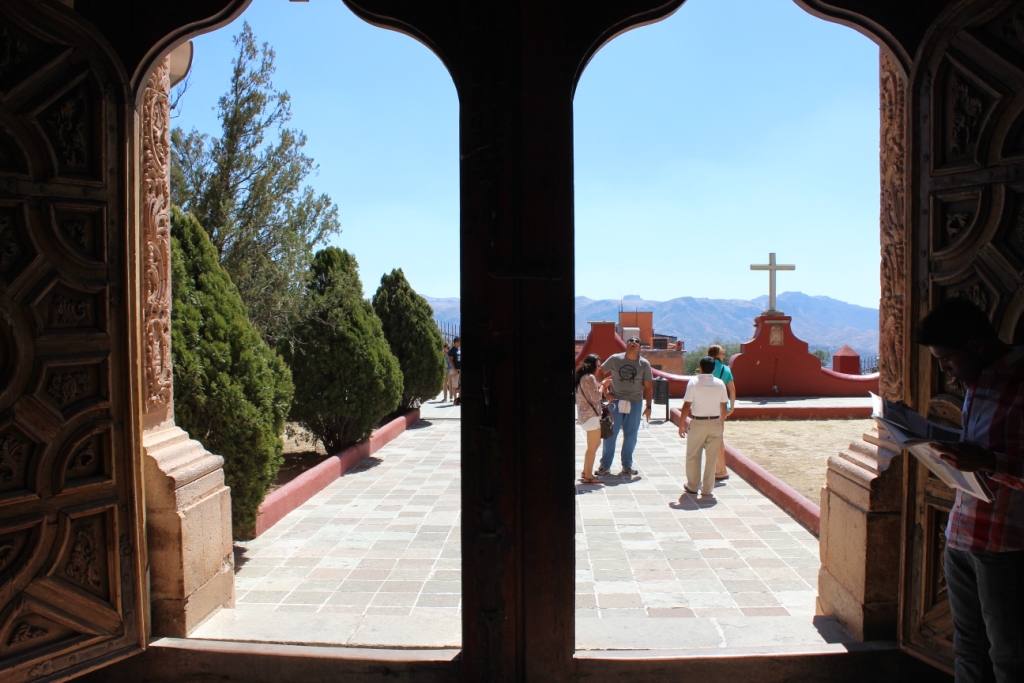 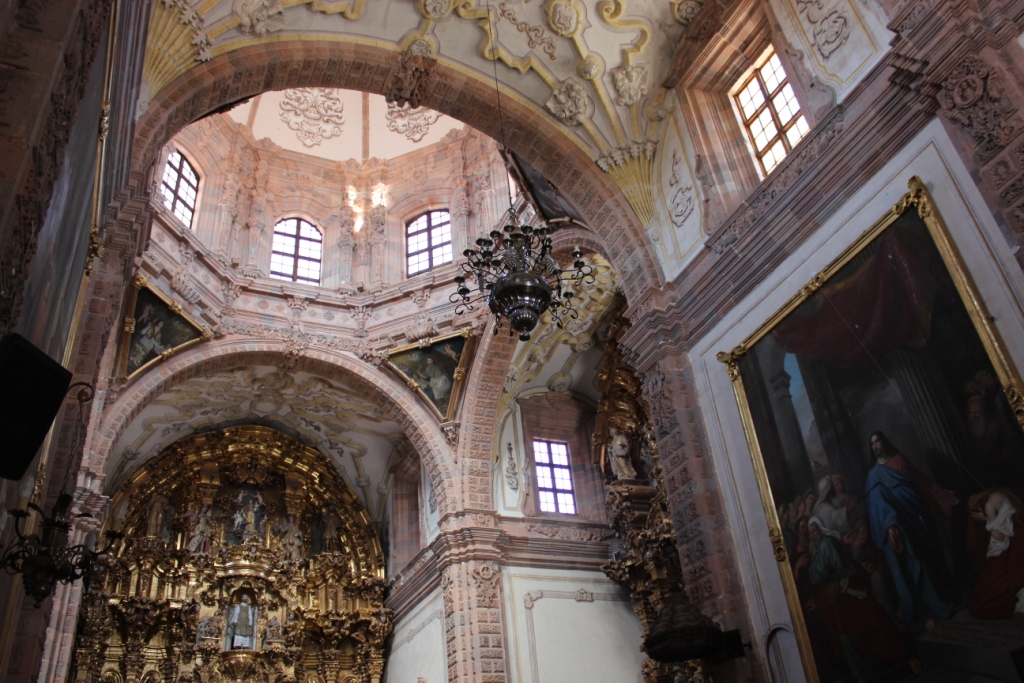 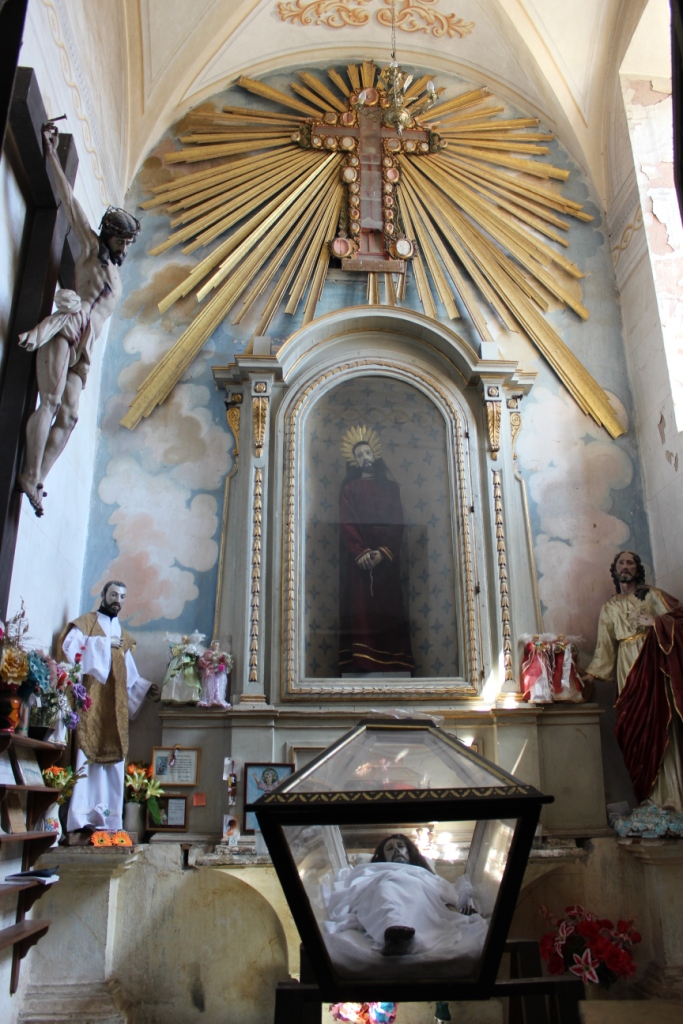 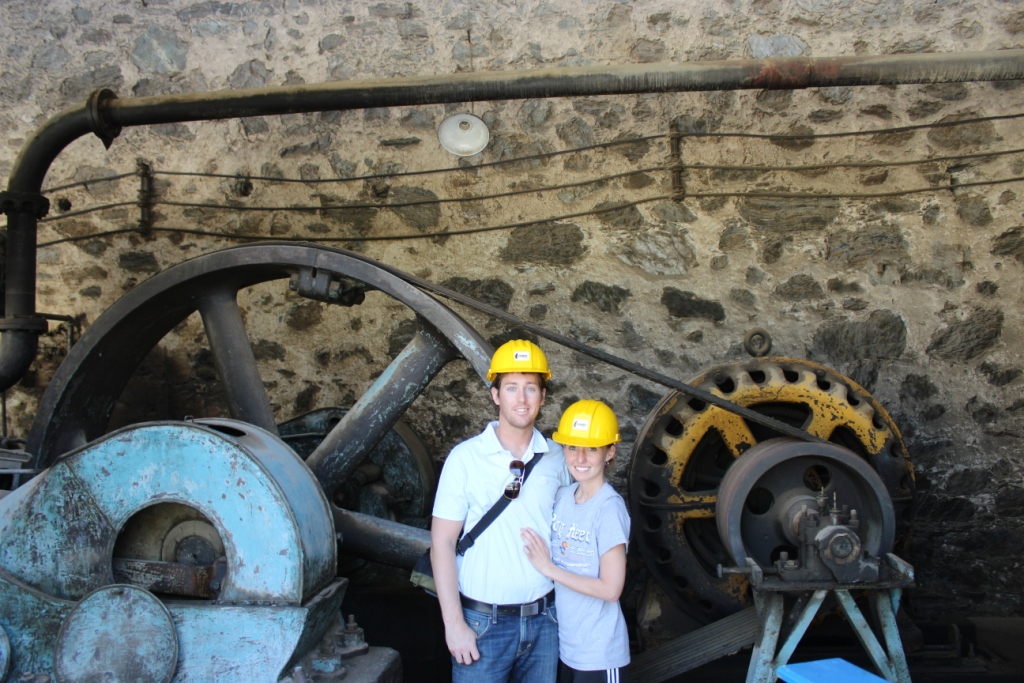 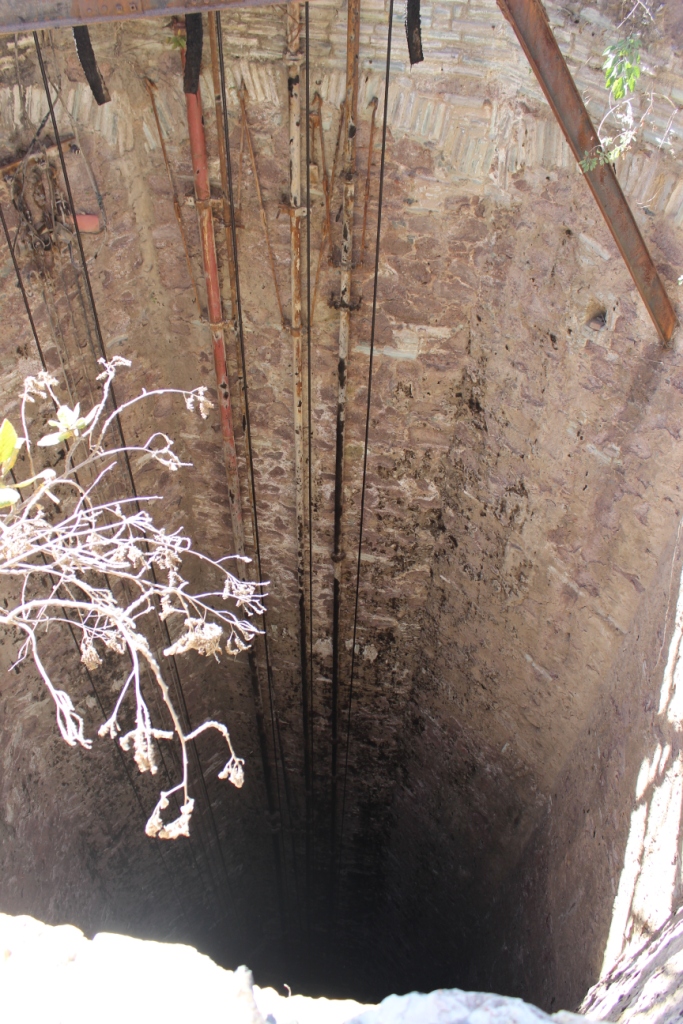 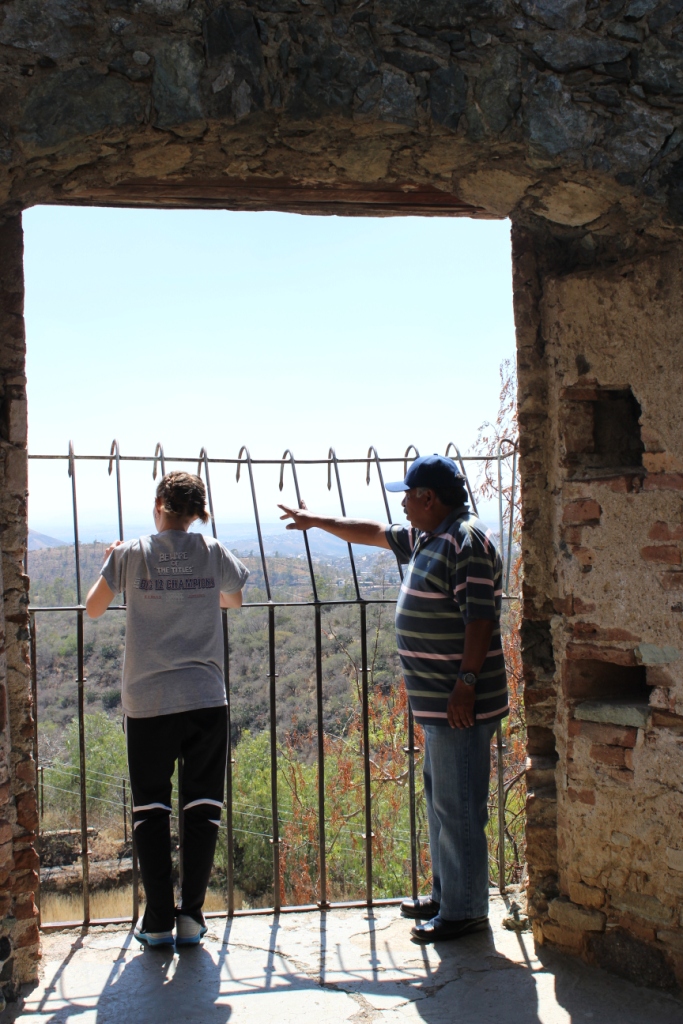 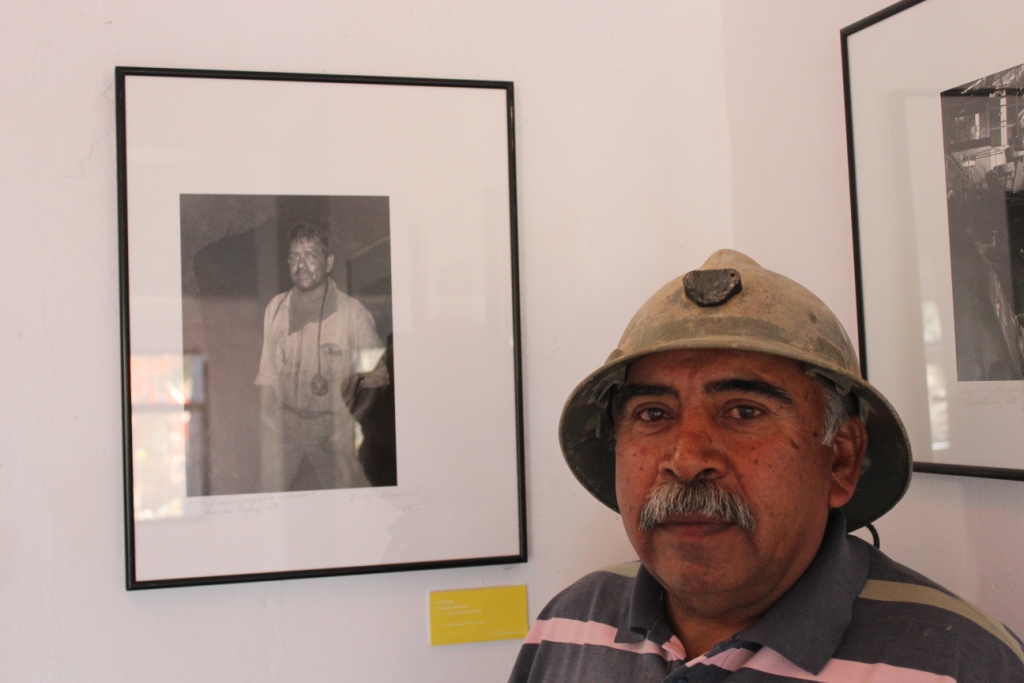 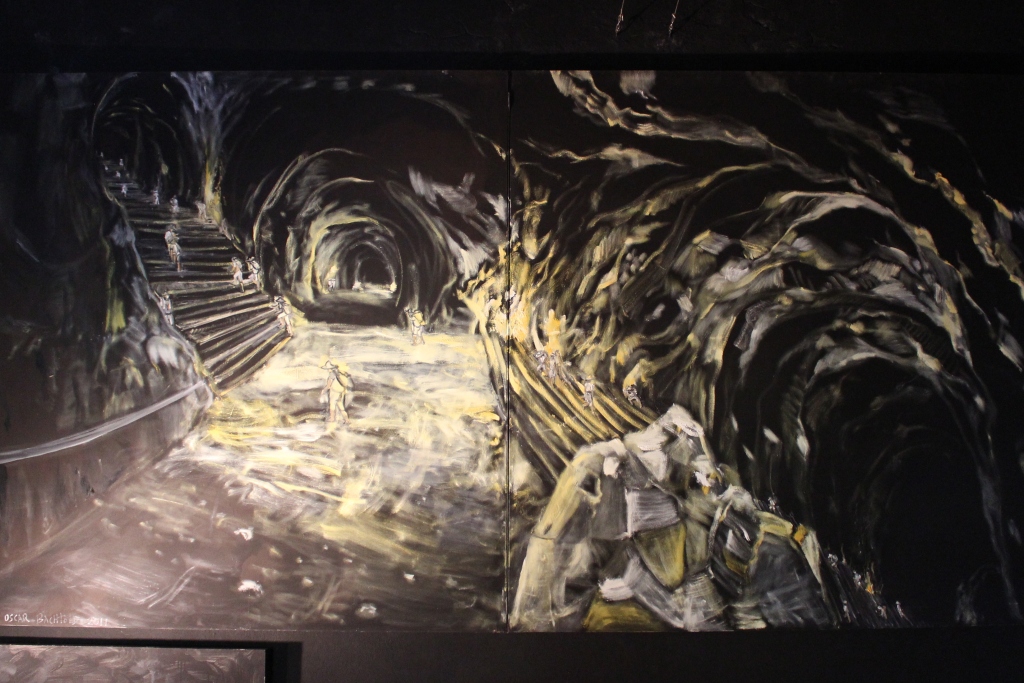