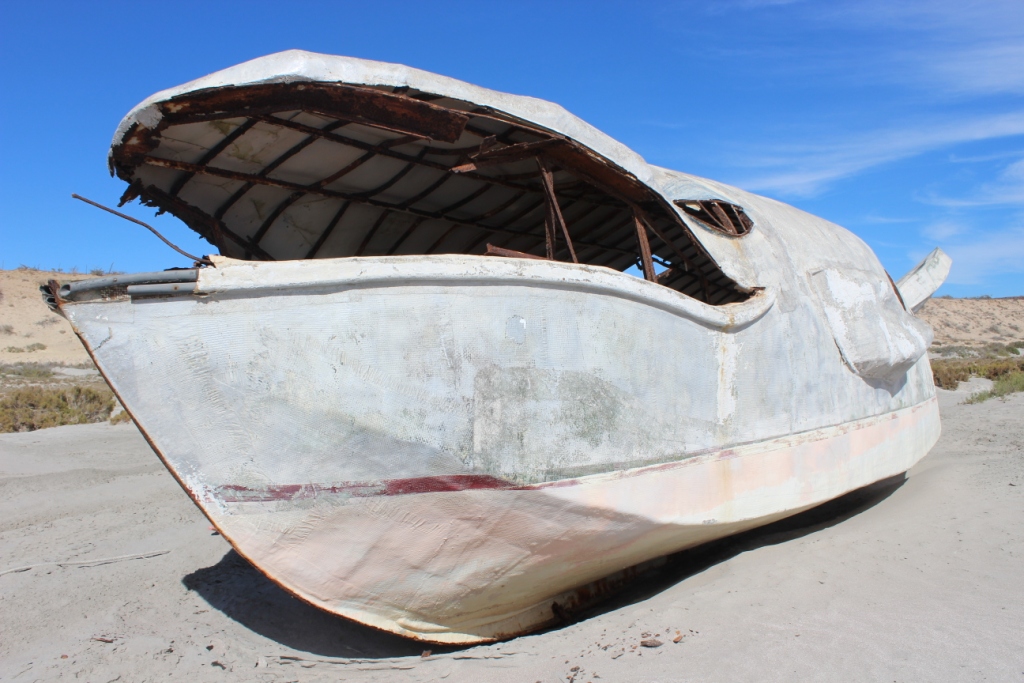 On our first day in San Juanico, we loaded the dogs in the van and cruised through town, past the cemetery and beyond the fishermen’s boats to the expansive, empty beaches south of Scorpion Bay. Just as we broke onto wide open sand, we came upon her: La Ballena. Aside from an enormous, whale-shaped piece of metal, we had little idea what it was. Climbing out of the CR-V to explore, we found a dismal shell, full of empty bottles, rusting framework, hardly visible seatless benches, and one uniquely white, sand filled toilet. It took us a few minutes to even understand that the monstrosity had once been a boat, only coming to the realization after remembering a strange ferry we had once taken which required climbing down into the hull from doors at the corners of the roof and upper walls. Why was it here? What was its story? Why was the toilet so clean?

When we asked around, we were told that La Ballena was a failed tourism ploy that made one meager half-run into the ocean and then never swam again. So the story goes in San Juanico that someone had the idea to expand the tourist attractions in the small town beyond surfing and fishing to further include whale watching. It seems to make sense given the nearby annual migrations that a whale shaped boat departing from a beautiful seaside village would be, kitsch as it may sound, a reasonable venture. What didn’t quite come together was a vessel safe enough for or even befitting of the task at hand. Aside from tiny, water level windows being a horrible vantage point from which to watch for distant, surfacing giants, the boat was entirely unsafe from its rear operation without visibility and lack of safety glass in the windows to its outward opening doors limiting escape if capsized and motor fume ventilation directly into the cabin. According to the stories, La Ballena barely made it to Second Point before its passengers demanded that it turn around, never to embark again.

We sat, semi-stunned at the ridiculous story. “You know,” one source said in our silence, “the town still owes for boat,” and then, after another pause, “but that will just go away eventually.” Information from further research indicates a possible $30,000 investment by the Mexican Tourism Department that will likely never be paid back (but who thought that amount was enough to create a safe way to take tourists out into the ocean the first place?).

And so it sits. Eventually moved (either by the townspeople to remove a navigational block or on its own after breaking free from its anchor, depending on whose story you’re listening to) from its partially submerged deathbed in the bay to its current resting place on the sands just southeast of the fishing boats, it sits. A beached whale. Some Baja visitors imagine using the rusting boat frame as a fish taco restaurant, while others believe it still holds value for San Juanico as a different kind of tourist attraction. One forum participant even suggests that the whale may be haunted, explaining that “the locals won’t go near it for fear of the chupacabra masquerading as a ballena feliz.”  Though the source holds little legitimacy, he is a reflection of the mystique La Ballena holds, and as her story continues to evolve, responsibility for her seems to be disappearing. 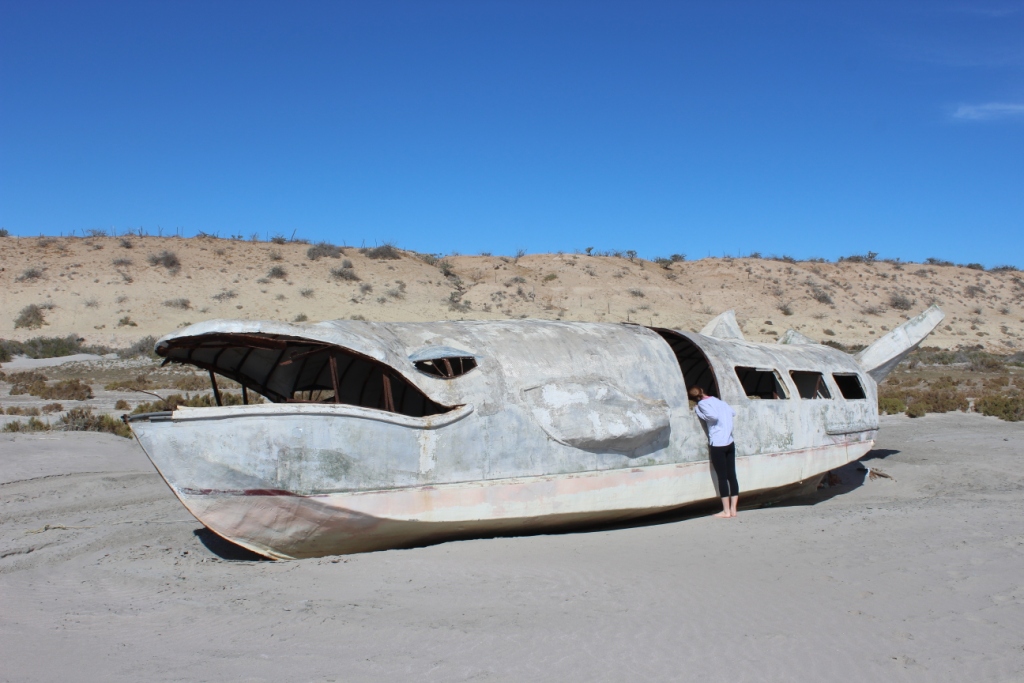 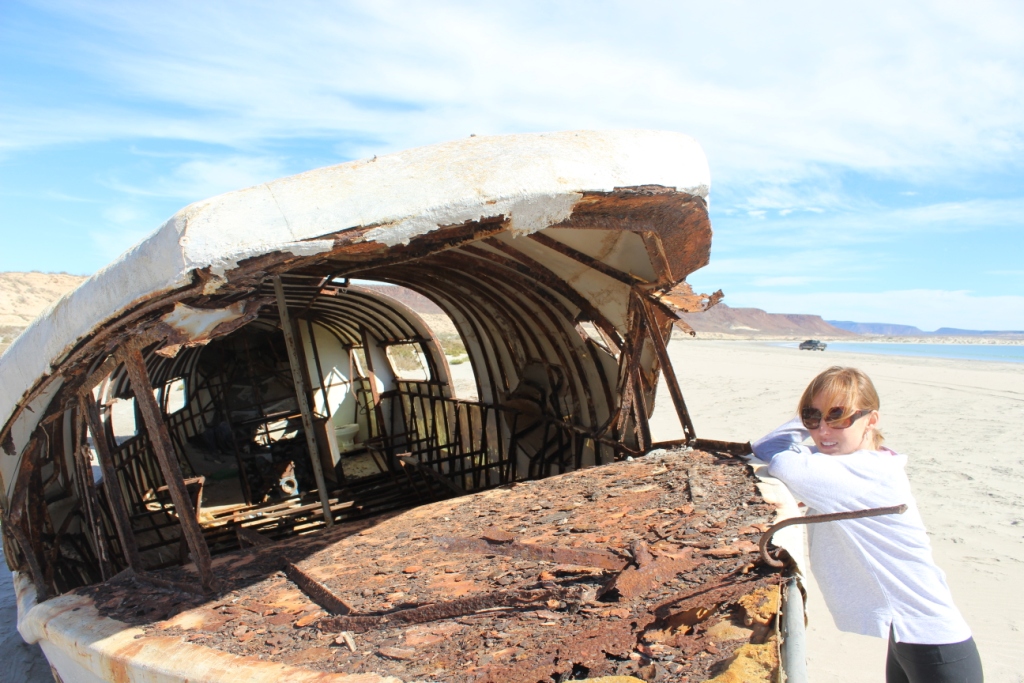 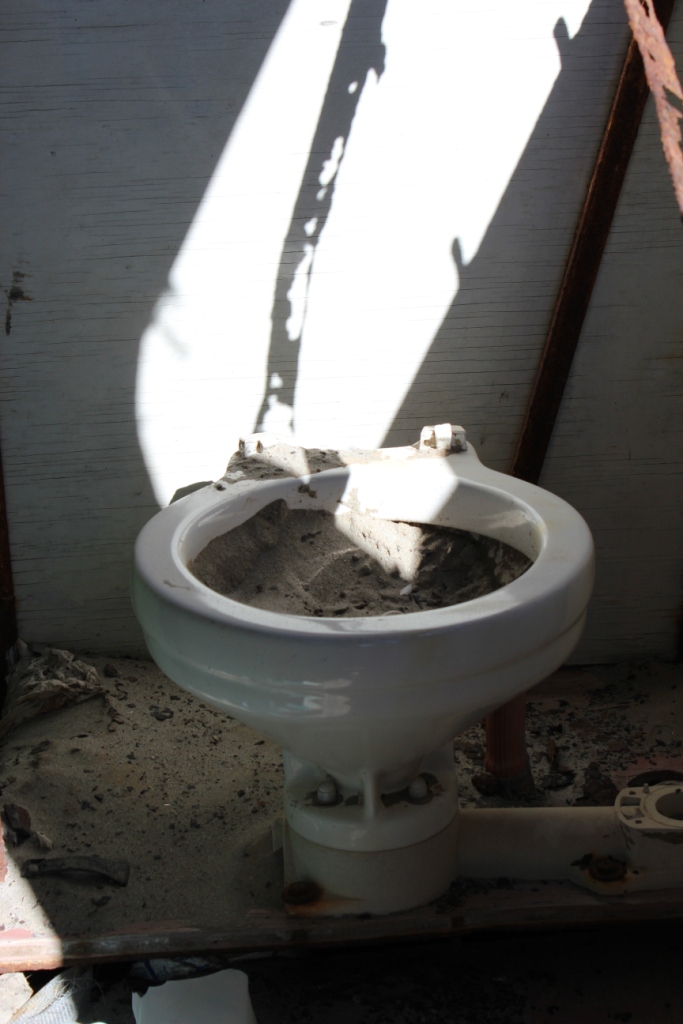 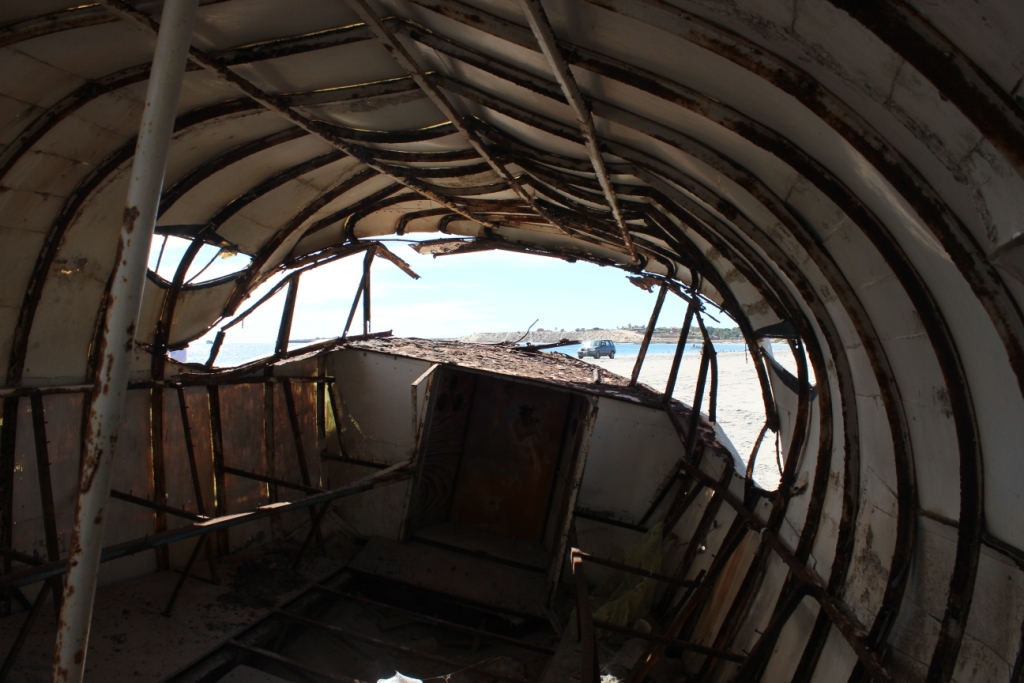 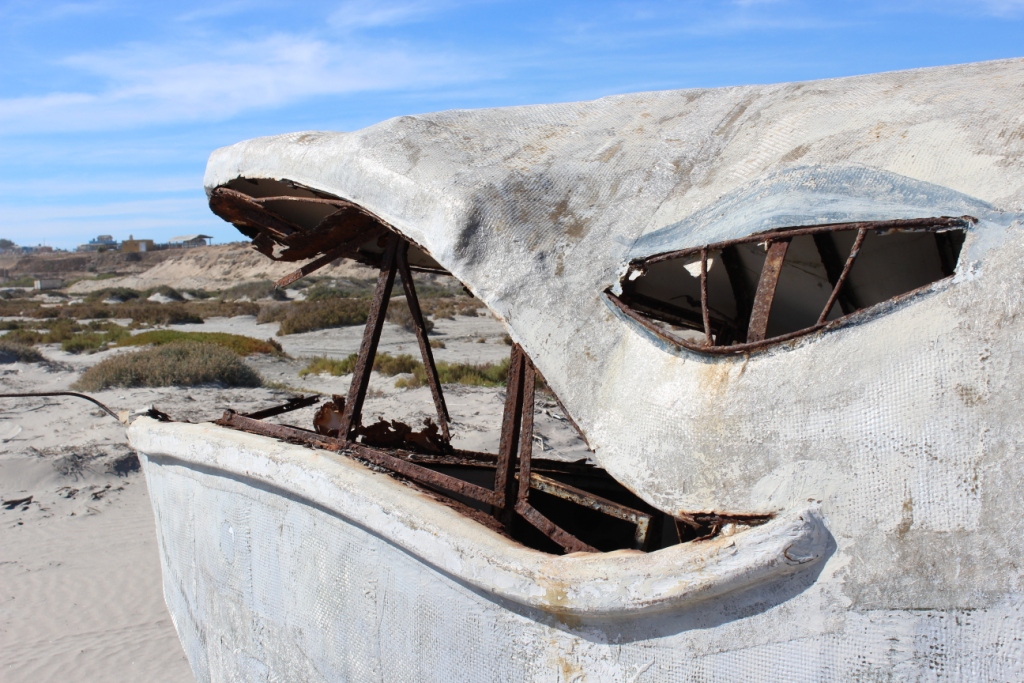 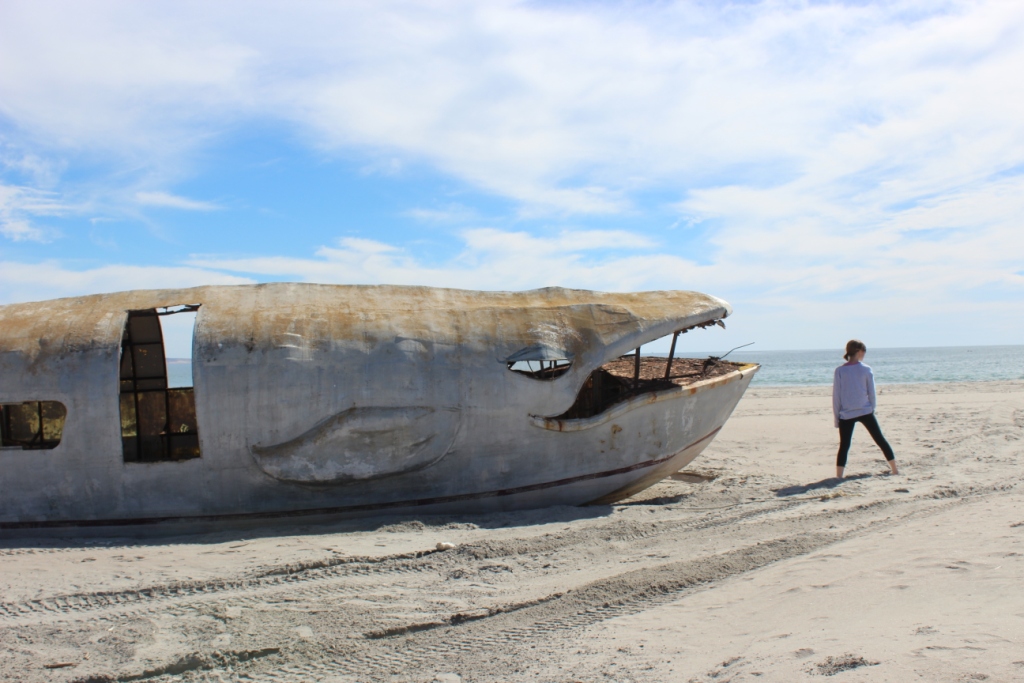