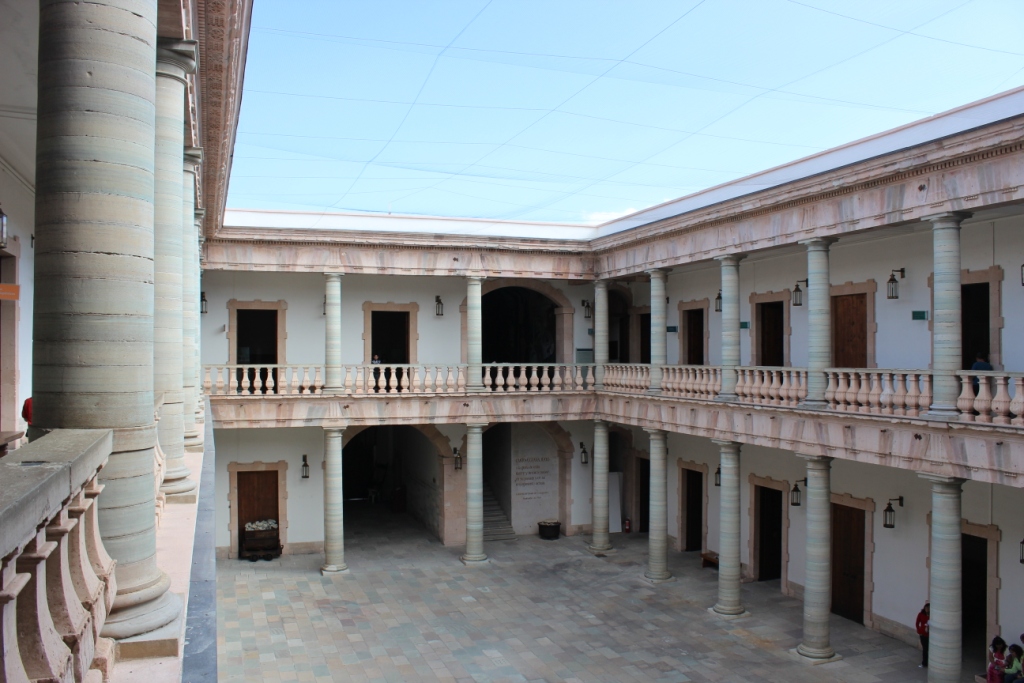 Though La Alhóndiga de Granaditas was originally designed and constructed to be nothing more than a place to store grain, it gained a few pages in every Mexican history book shortly after it opened its doors in 1809. Nearly square (72 meters by 68 meters), the exterior façade is simple and bare, with only a few plain windows punctuating its flat surface, giving it a foreboding appearance similar to a fort or castle. Once inside, the interior opens to a central stone courtyard, surrounded on all sides by columns supporting the Alhóndiga’s second level and roof. It is a fine building, though not a spectacular one, and its place in local lore and Mexican history is undeniable.

On September 28, 1810, the thirteenth day of the Mexican War of Independence, a force of insurgents led by Miguel Hidalgo stormed into Guanajuato. A small garrison of Spanish troops, as well as the city’s Spanish residents and criollos loyal to Spain, took up refuge in the Alhóndiga, as the building’s strength and position above the surrounding streets made it a good defensive position.  For two days their defenses held, but then the insurgents hatched a plan to burn down the eastern door in order to gain entry. The man chosen for this task was Juan Jose Martinez, an extraordinarily strong local miner nicknamed “El Pípila.” Using a large flat stone tied to his back as a shield, he doused the door with petroleum and lit it on fire with a torch (El Pípila is obviously a famous figure in Guanajuato’s history; we’ll write about the statue of him that overlooks the city at a later date).  Hidalgo’s forces flooded the Alhóndiga, and none of the several hundred who had been holed up inside survived.

The early insurgent forces eventually suffered several devastating defeats. The next year, in 1811, four of their most important leaders, Miguel Hidalgo, Ignacio Allende, Juan Aldama, and Jose Mariano Jimenez, were beheaded. Their heads were hung from hooks on the four corners of the Alhóndiga to discourage any further independence movements, and stayed there for ten full years until Mexico achieved its independence in 1821. The actual hooks remain on the building to this day, as you can see in the picture of Hidalgo’s corner below.

The Alhóndiga has seen several uses in the years since. After serving as a prison for many years, in 1949 it was closed to down to begin conversion into its current state, a museum dedicated to local history and the tale of the building itself. Current fees are 49 pesos ($3.90 USD) per person (and 30 more to bring a camera), and inside are displayed art and artifacts from Pre-hispanic cultures through the Mexican Revolution in the early twentieth century. One of the most powerful exhibits shows pictures of Guanajuato from the turn of the twentieth century and gives the viewer a sense of how little the town has changed in appearance over the past century. On the exterior, each corner is adorned with a placard indicating which of the four beloved figures’ heads was hung from it. It is a perfect first stop in Guanajuato, allowing one to start to fully understand the town and surrounding areas by introducing its colorful and powerful story. 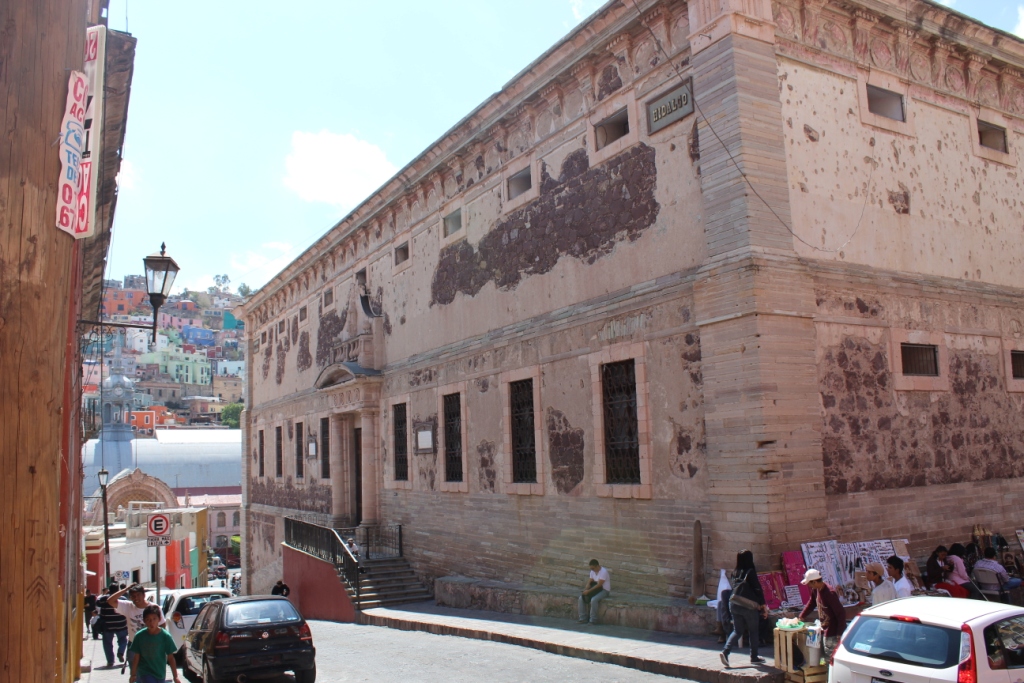 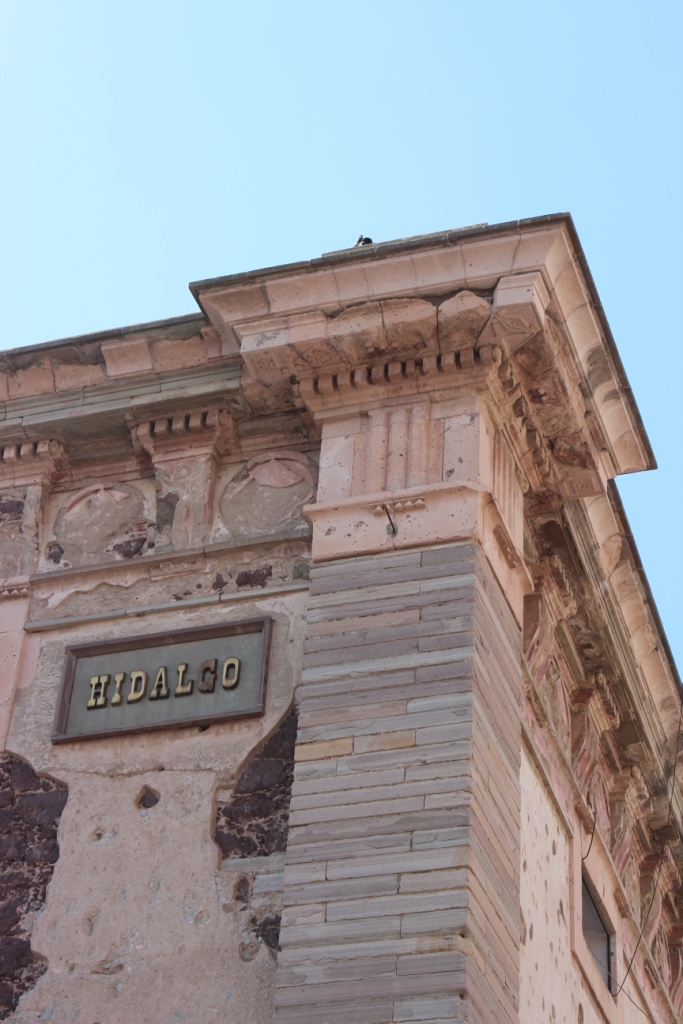 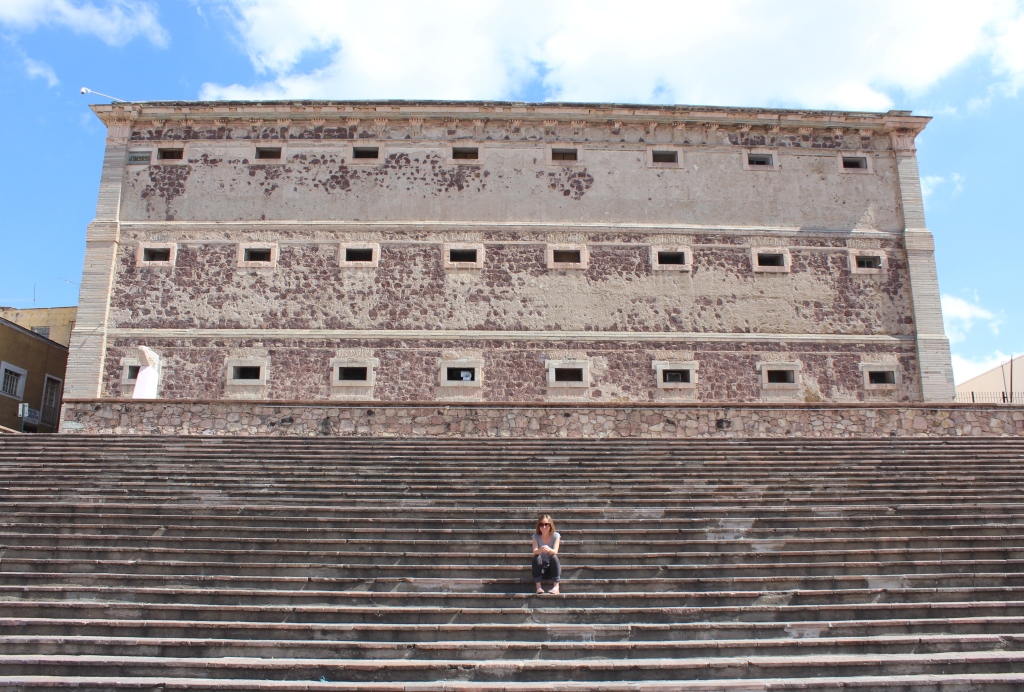 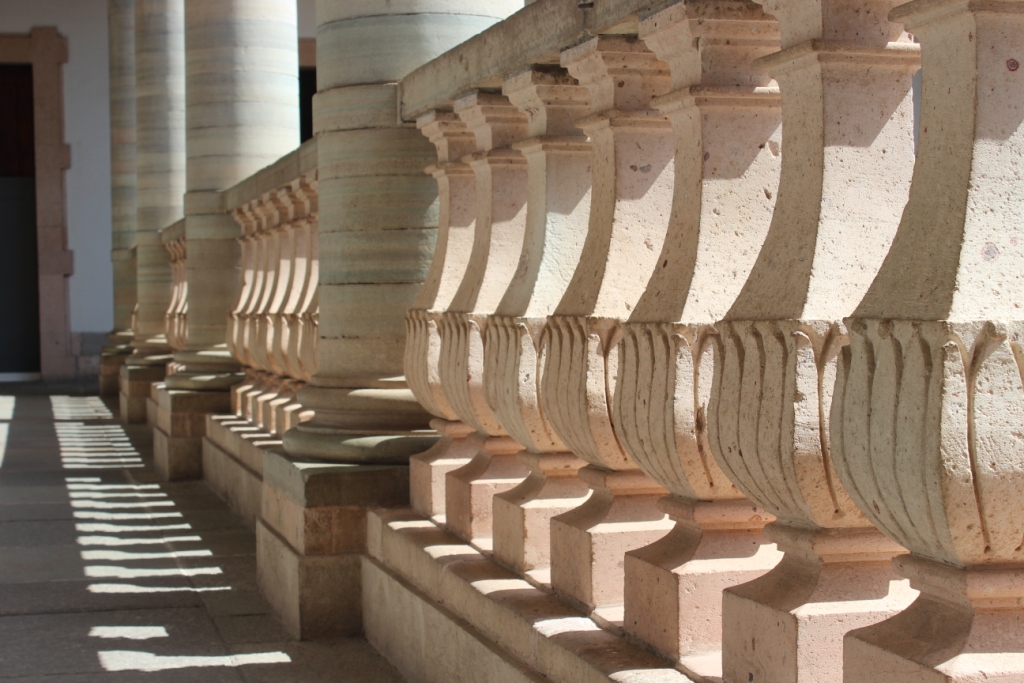 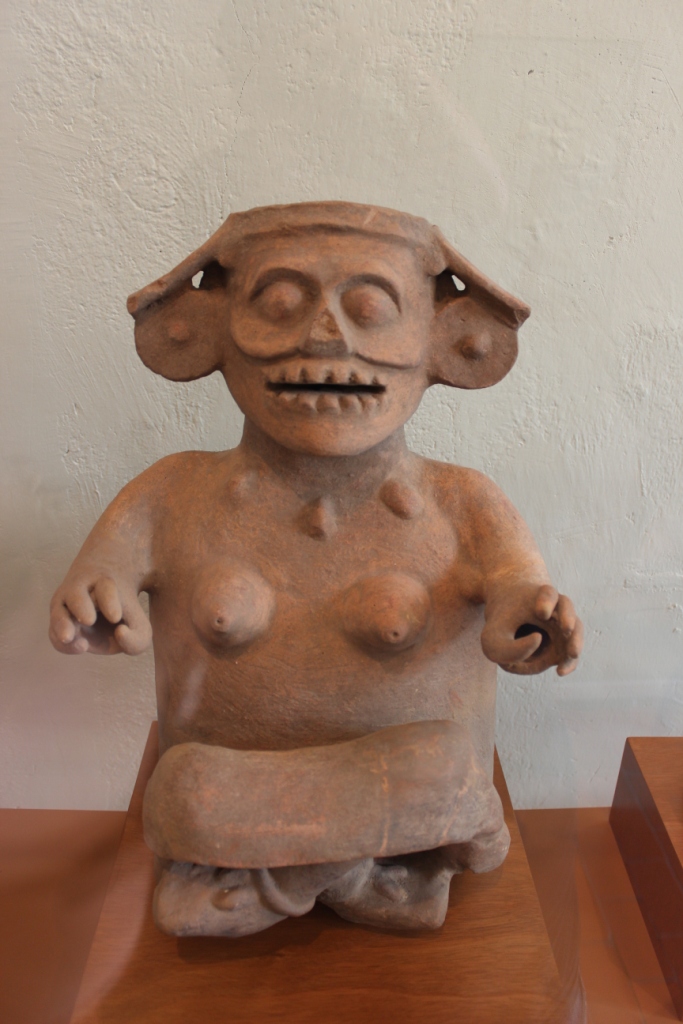 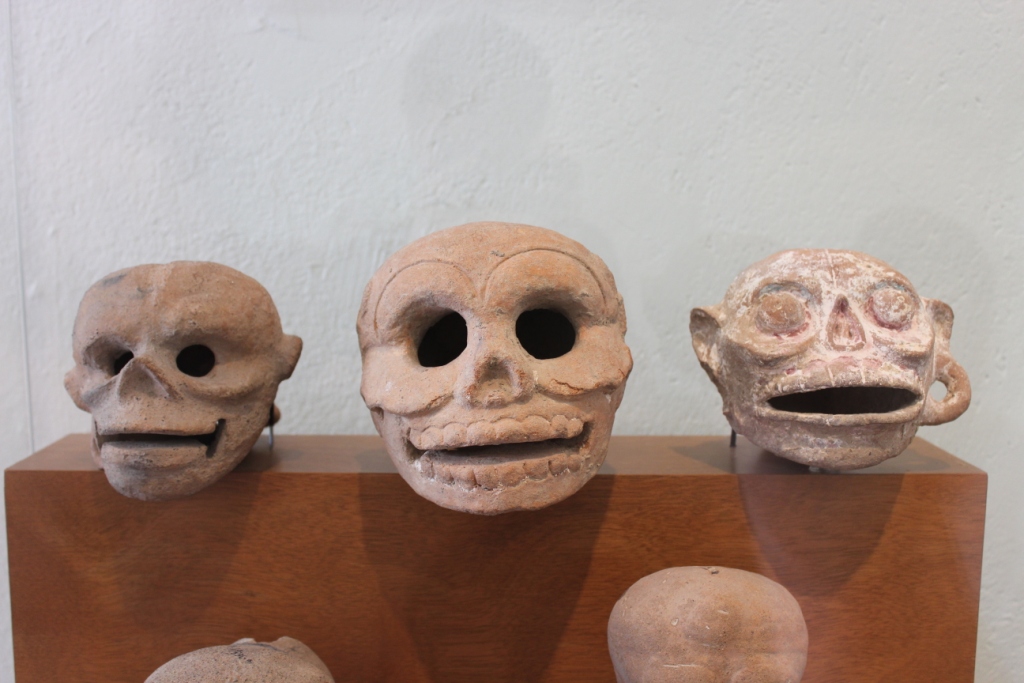 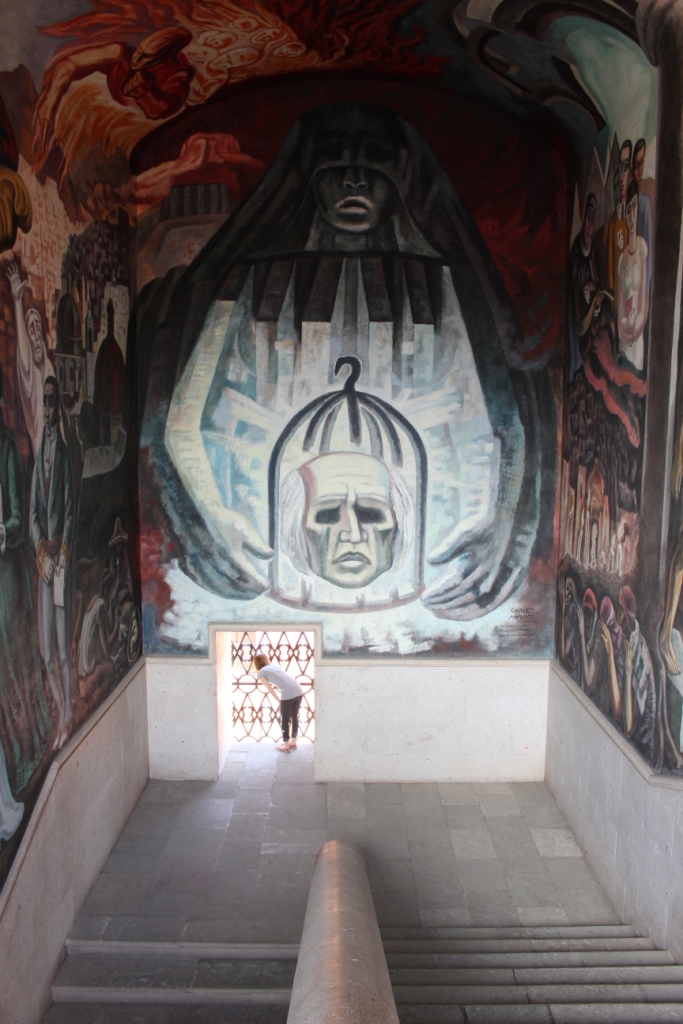 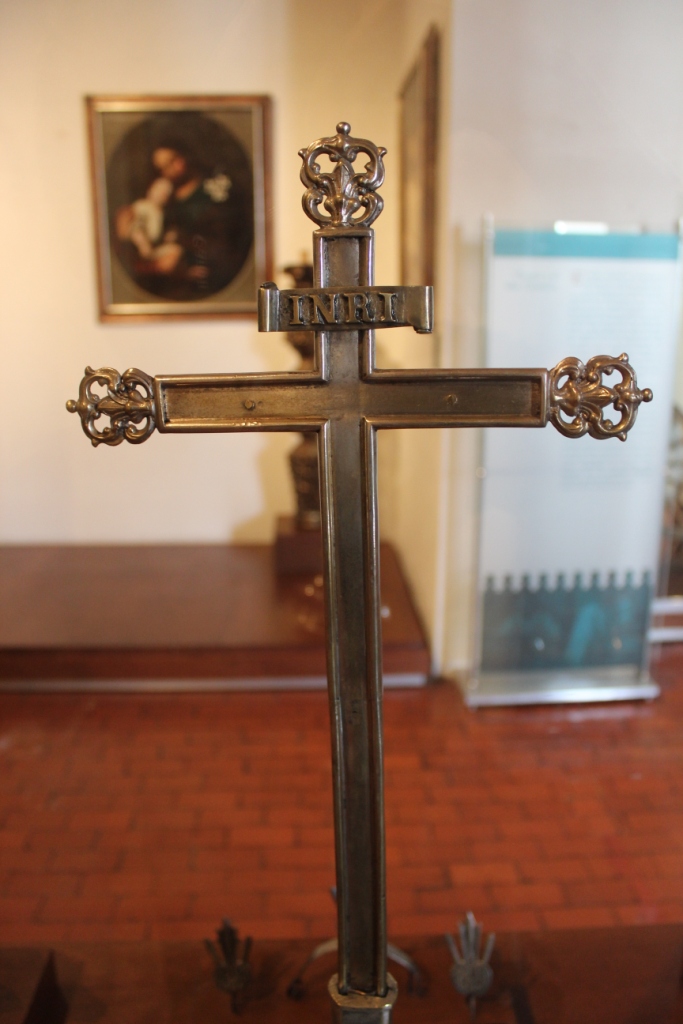 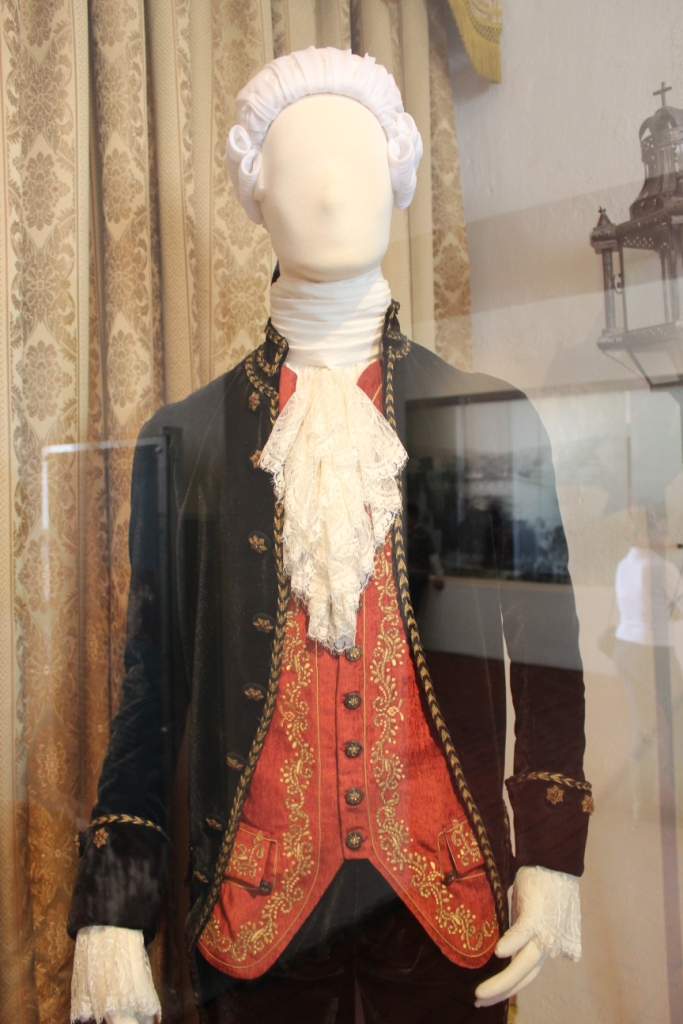 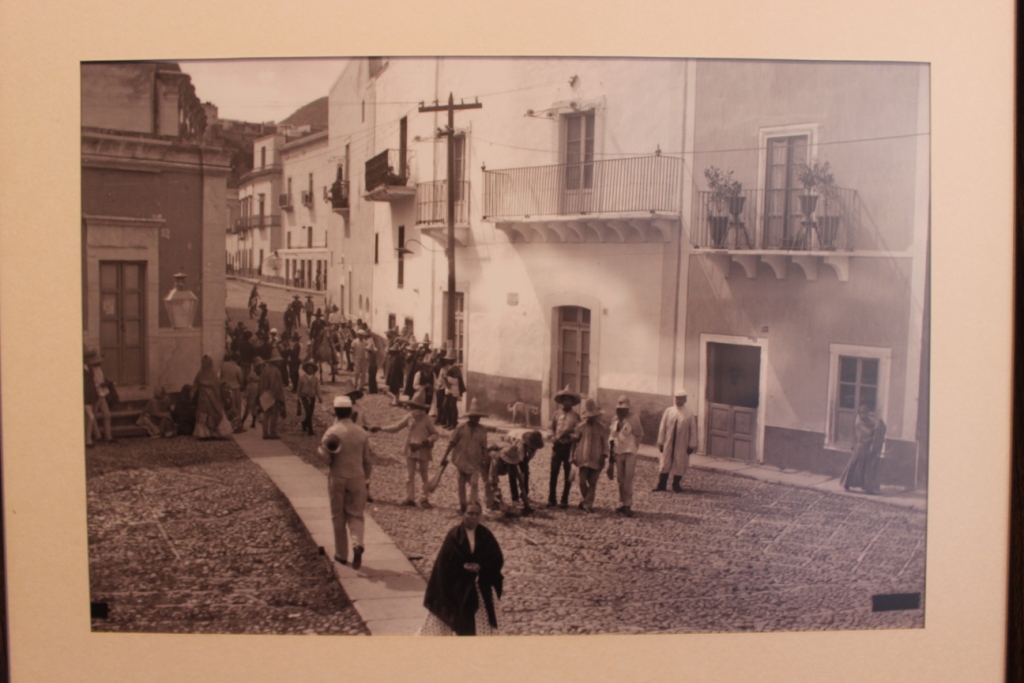