At approximately 12,000 feet (the city sits in a bowl, so true altitudes range greatly from 10,500 to 13,500 feet), La Paz is Bolivia’s cultural or people’s capital while Sucre is the legal capital. The city itself has a population of 877,000, but the metro area is inhabited by some 2.3 million people. We spent two weeks of December calling it home. 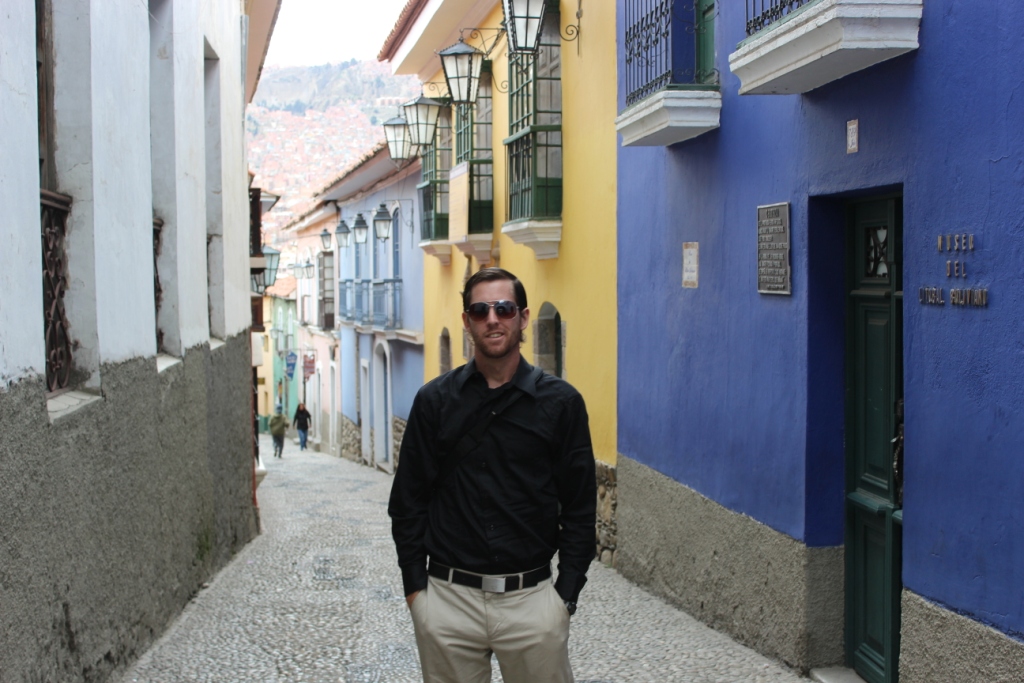 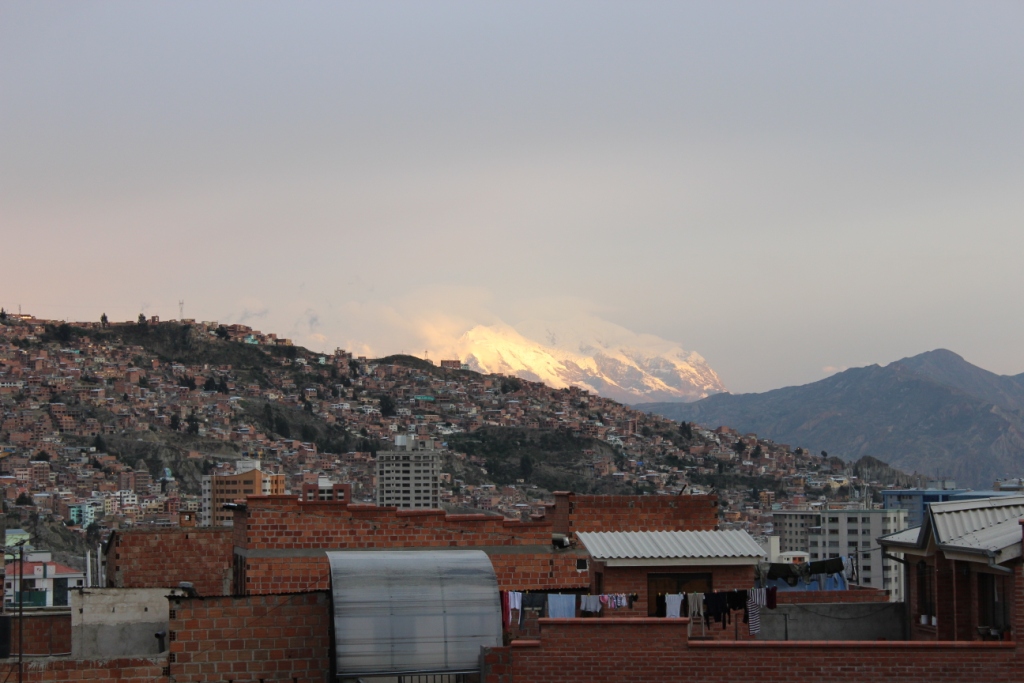 …we stayed in an apartment we loved.

Despite being in the heart of downtown, we were shocked on our first morning in La Paz at how quiet it was in our bedroom (from which we have a view of La Paz’s famous Illimani (pictured above), a 21,000 ft, snow covered peak). The apartment was large and bright with three bedrooms, two bathrooms, a living/dining space, a full kitchen, and a small, but private outdoor patio. Our hostess and her brother who live in the building were a dream to work with, answering all of our questions, reaching out to acknowledge and correct issues before we even have the chance to complain, and providing us with a cozy and welcoming place to stay. We even had a few small Christmas decorations around to keep us in the spirit. The neighborhood was both commercial and residential, with businesses on the first floor and housing on the second and third of most buildings. A market was nearby as well as small stores and restaurants (primarily chicken, but one cheese filled bread joint that I returned to every single afternoon) and a ten minute walk took us to the city’s futbol stadium, the downtown/banking/business district, or an impressively stocked grocery store depending on direction. On the main drag outside of our place, bags that resemble bowling ball cases lined the sidewalk, each labeled with the trade of its owner: plumber, electrician, painter, carpenter. The proprietors lined the street between bread vendors and key copiers waiting for business to come along and adding a jovial and industrious feel to avenue. As Ian fairly commented, it kind of felt like an era past, still alive in the streets of La Paz. 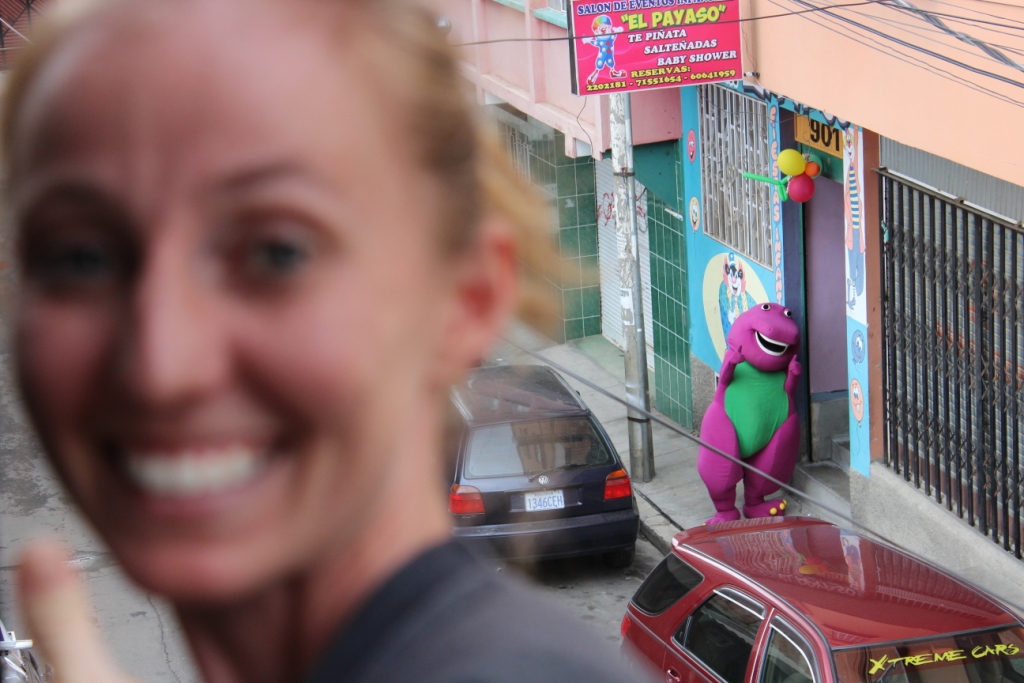 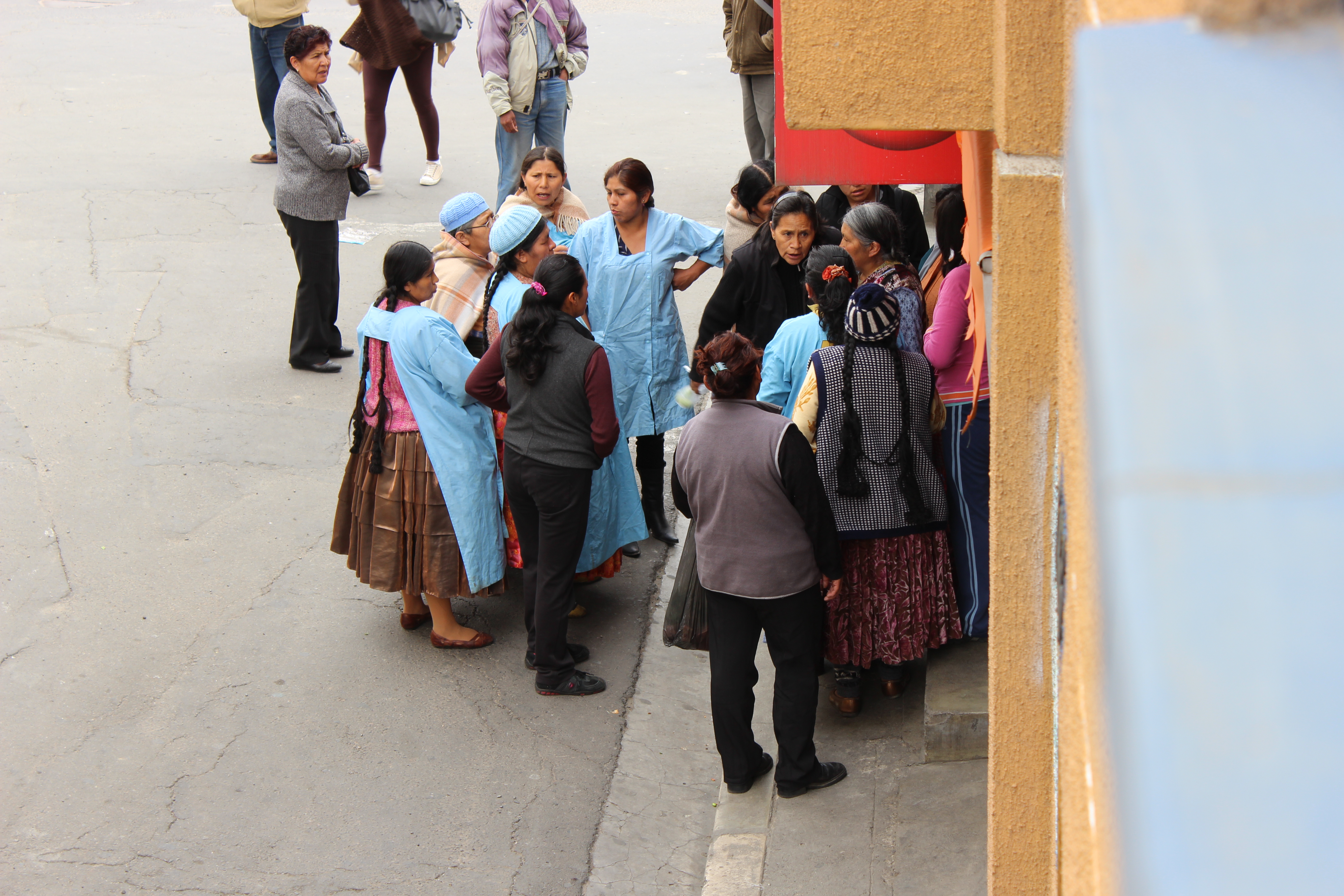 …our schedules and systems were thrown off.

We, and especially I, are typically early birds, but La Paz had something else in mind for us. We struggled to wake up before 9AM (note though that 9AM La Paz time is an hour ahead of even the earliest time zone in the states) and felt fairly out of whack since we arrived. The altitude was indeed a bit higher than we were used to, but we just spent a month at 11,000 feet where we were able to work out and run without issue after our first week, and yet still, La Paz threw us off a bit. We still worked out and ran without much issue, but small things like standing up or teasingly chasing our pups left us winded. Maybe it’s the air quality?

…we worked a lot and wrote a little.

We won’t complain about having a lot of work, but we will acknowledge that it means more time indoors and less time exploring. This was one of those spots. New clients and fresh projects kept us heads-down for those two weeks, and we think that maybe it was a good place for that to happen. What we enjoyed most about our time in La Paz was not the sites or must-do-tourist-activities, but rather, the daily life, the small shops nearby, the people on the street, the changing challenges (saline costs $30!?). To be able to work in a truly comfortable environment and venture out into the real Bolivian world of La Paz was a great fit, albeit, not entirely conducive to writing blog posts, thus this one lengthy, broad review.

…everything was decorated for Christmas.

When we walked the dogs around the corner to the tiny patch of dirt where they used the restroom (apparently, our dogs were the only ones in the city that did’t know how to shit on cement), we had the pleasure of enjoying lights and decorations and trees in the windows of the apartments lining the streets as we traipsed by. Every few days we noticed something new had been added somewhere.  A handful of houses had small ladders hanging from windows, roofs, or balconies with stuffed Santa’s dangling from them in lighthearted Christmas fun. During the day, when the lights were off and the trees were hidden behind the curtains, the holidays made their lively presence known via fruit breads and tins of cookies in nearly every shop. Somewhere nearby, an entire market with row after row after row after row of tents (seriously, it was terrifyingly huge) sold Christmas decorations and tinsel and figurines and lights; all the Home Depots and Targets in the US couldn’t hold a candle to this spread of shiny holiday products. 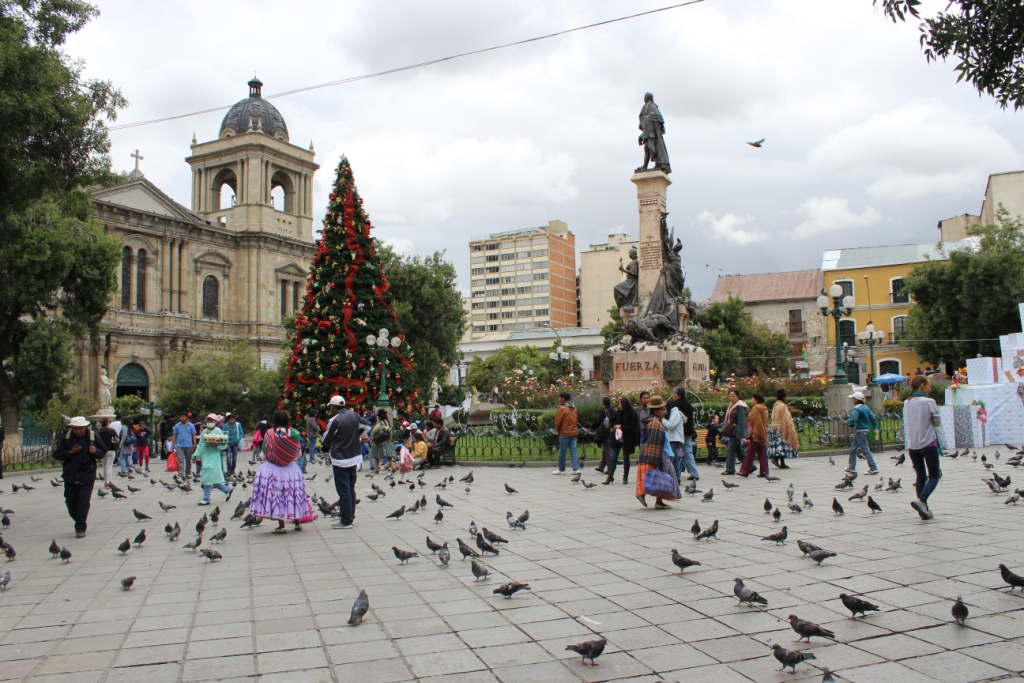 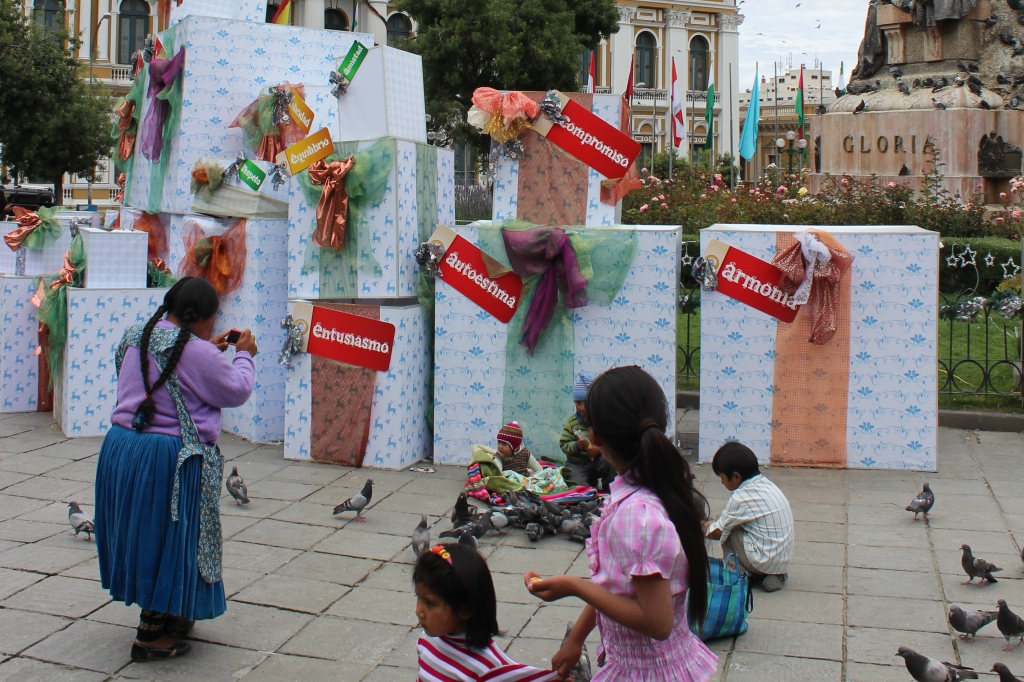 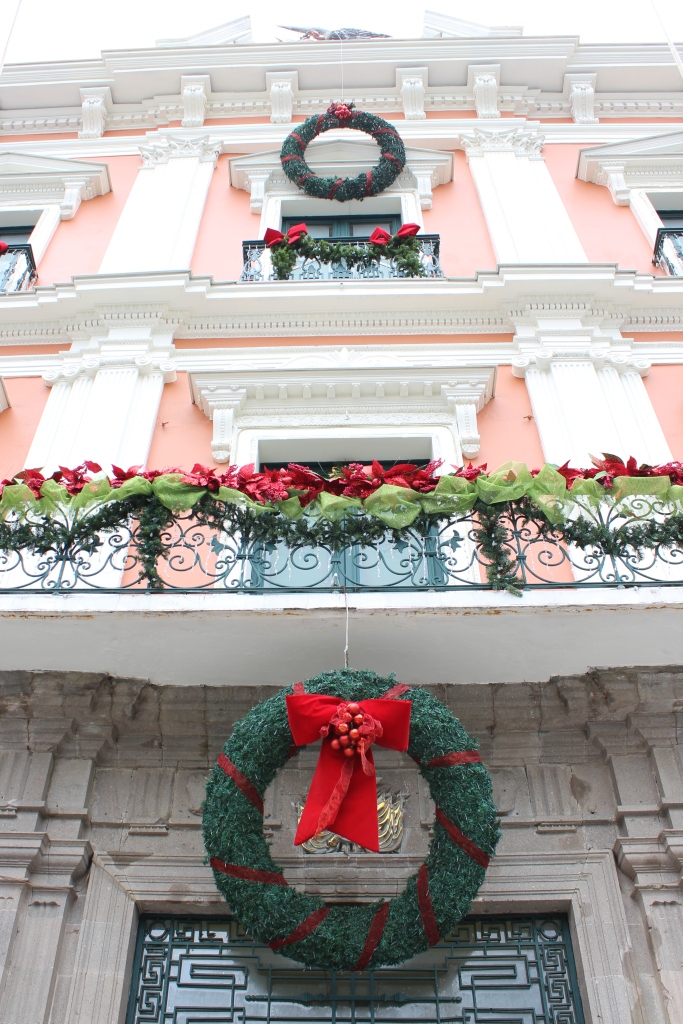 …bread is cheap and so is wine.

…redheads are an especially odd sighting.

On our only non-travel Saturday in La Paz, we took a nice stroll from plaza to plaza taking in some sites. While Ian took a few pictures of Plaza Murillo, I wandered aimlessly, marveling at the enormous Christmas tree and the remarkable number of children being climbed on by the pigeons they were feeding. At one point, I noticed that I was being watched by a group of Bolivian teenagers touring the block. They seemed to form a consensus about something and then one young man approached me. “Photo,” he said, sort of as a question, but mostly as a statement. Before I could respond, he had nestled up beside me and was smiling at the camera in his friend’s hands. I smiled too. The young man’s friends, both girls and boys, teased him to smile. The picture was taken and the kid turned to me, extending his hand shyly as though his mother had told him to, offering a very genuine thank you, and then walking away to look at the photo and giggle with his friends. His friends thought his picture was cool. At least half a dozen more teens and one couple came to get their pictures taken with me. Ian laughed and snapped a few shots of his own. I guess a red-head in La Paz is a rare sighting. 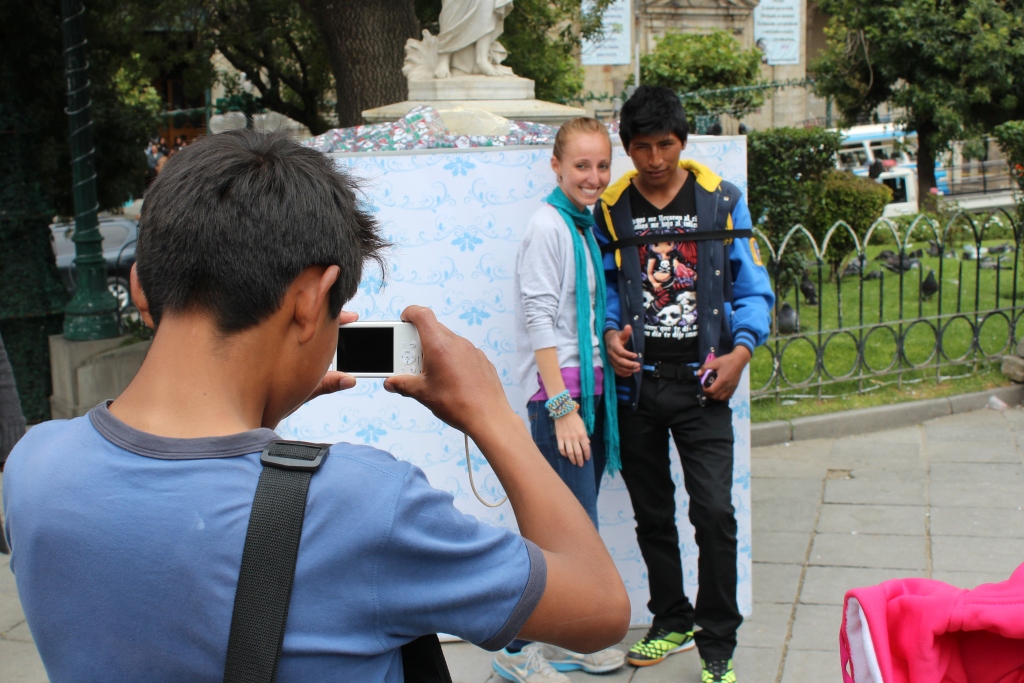