Cusco’s centro is usually all most tourists see of the city before heading out to the Sacred Valley or Machu Picchu, which isn’t surprising given how bright and active, cultural and historical, and full of shops, restaurants, textiles, and music it is. It is charming and cobblestoned and full of character. From our apartment, it’s a 25 minute combi ride (a combi is a big van that operates like a bus and costs S/.70 or $.25 USD; our route is named Batman) into the centro, so we were a bit overwhelmed on our first afternoon of wandering. So many gringos! So many offers for massages! So much wool for sale! That passed quickly though, and we’ve returned a handful of times to enjoy the environment since then. It’s amazing to think of the history while walking through the streets, to view the remnants of Incan architecture at the bases of current structures, and to imagine what the colorful festivals are like while relaxing in the plazas in which they are held. Despite it’s unabashed tourist feel, the centro of Cusco is decidedly interesting and undeniably fun. Here are a few pictures we took while there: 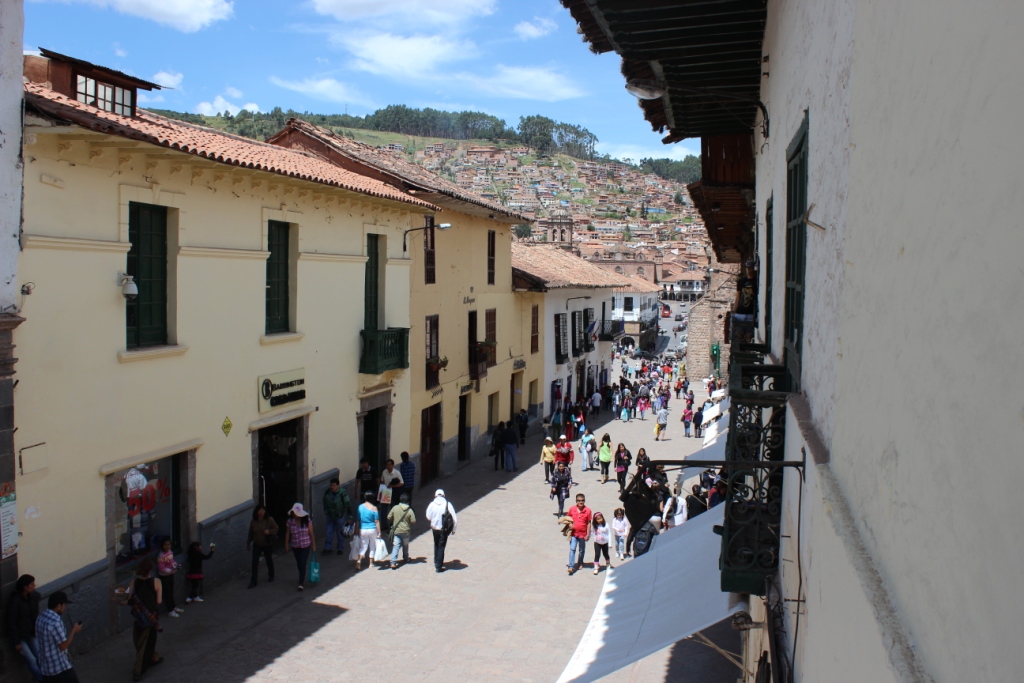 A balcony view of a street in Cusco's historic center. 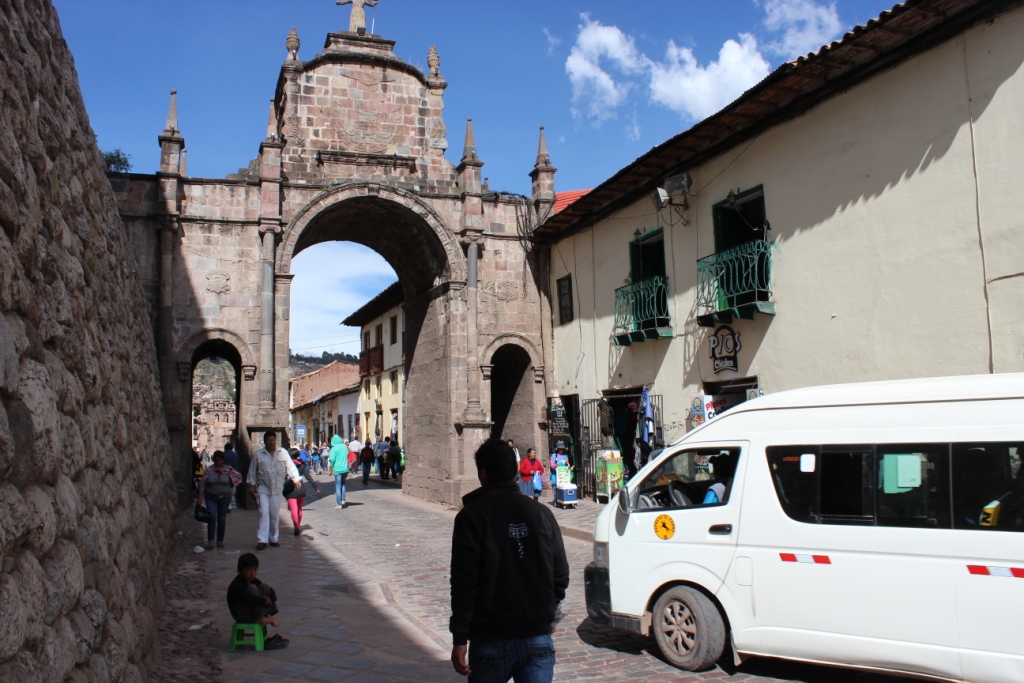 An arch over a roadway in the centro. The white van is a combi. 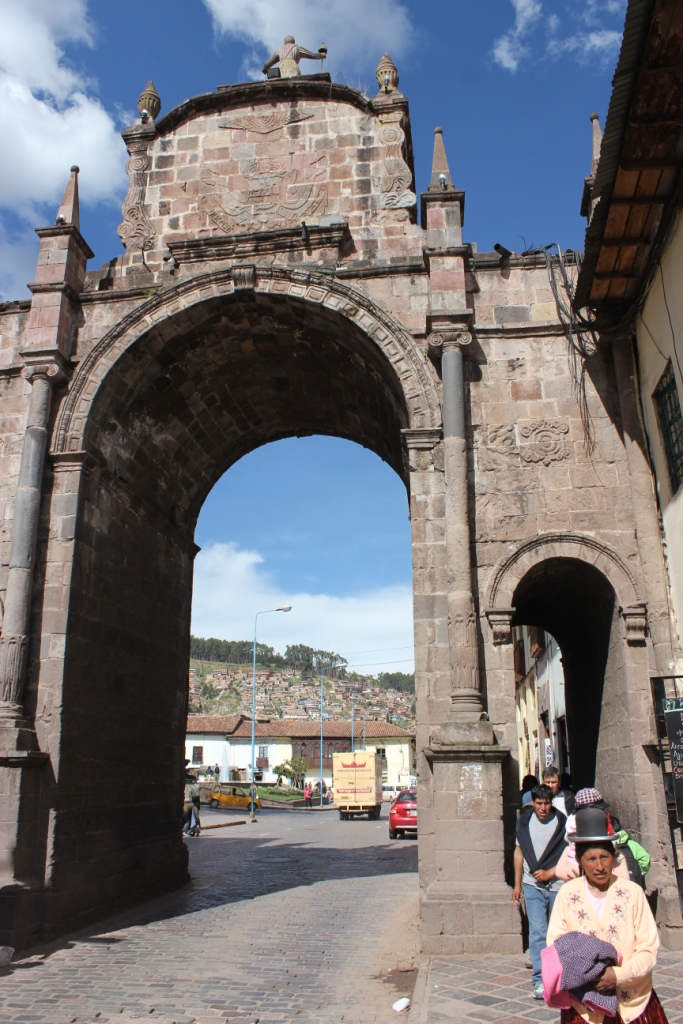 A traditionally hatted woman walks through the archway. 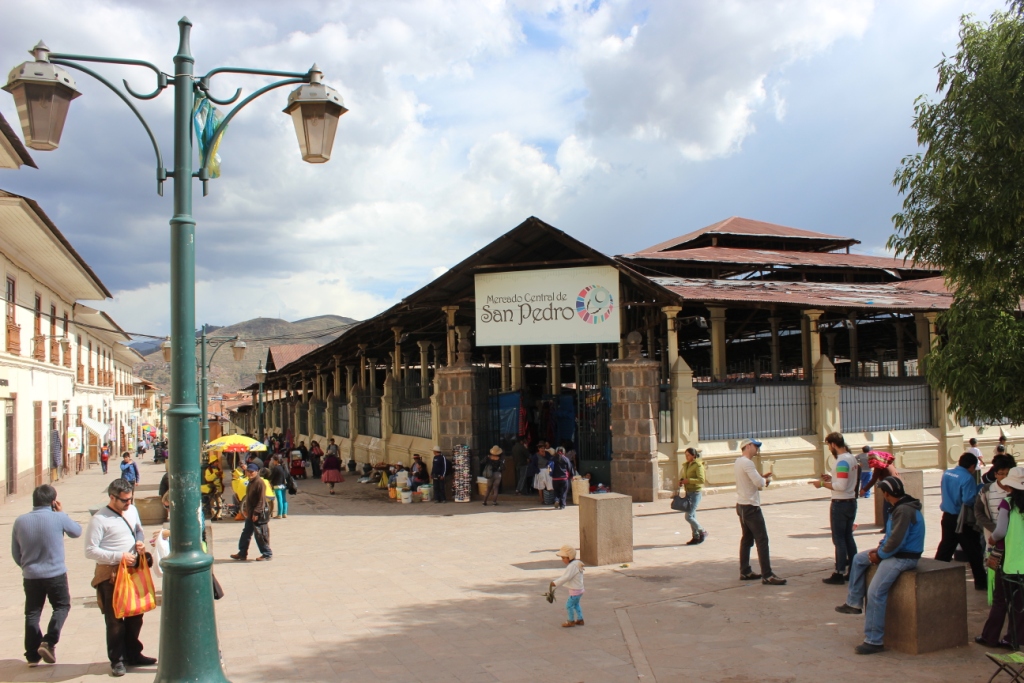 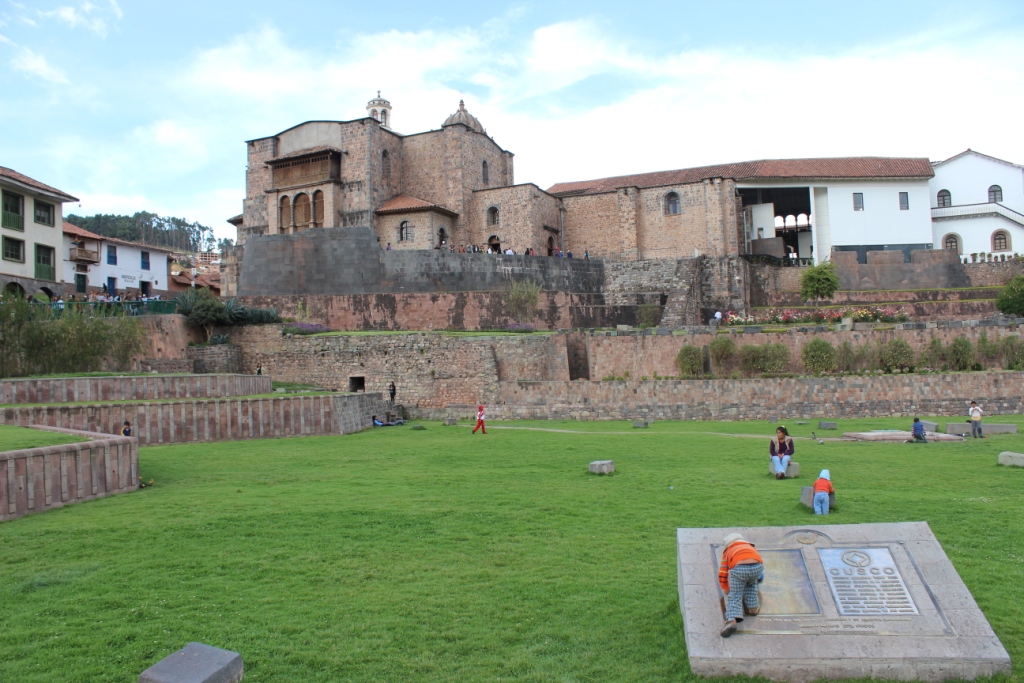 People enjoy playing on the grass behind a sign prohibiting it. 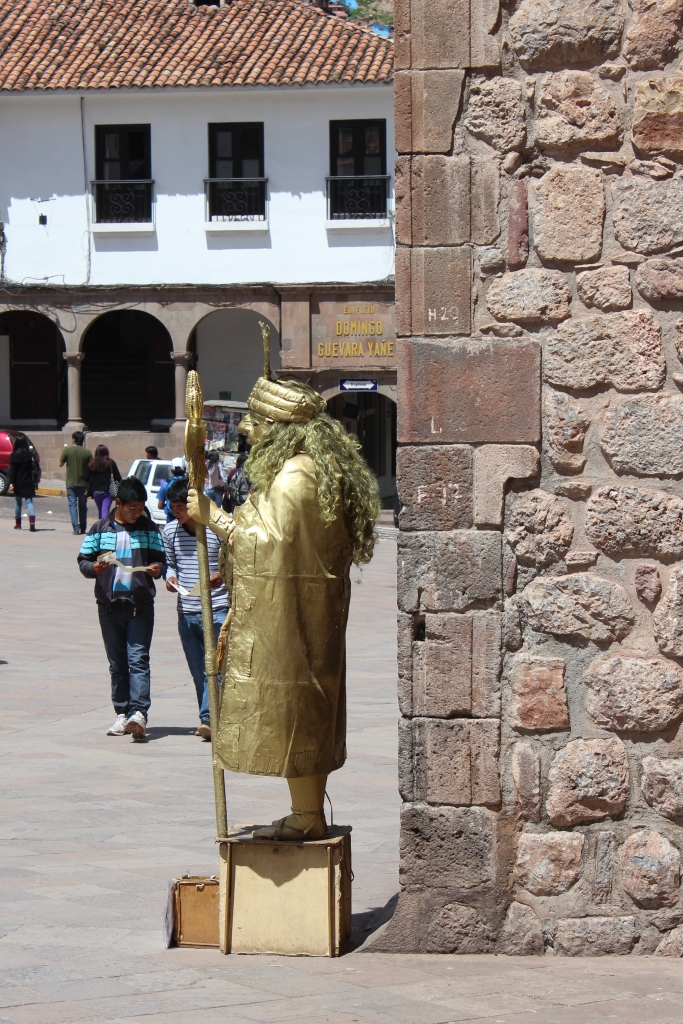 A street entertainer painted in gold. 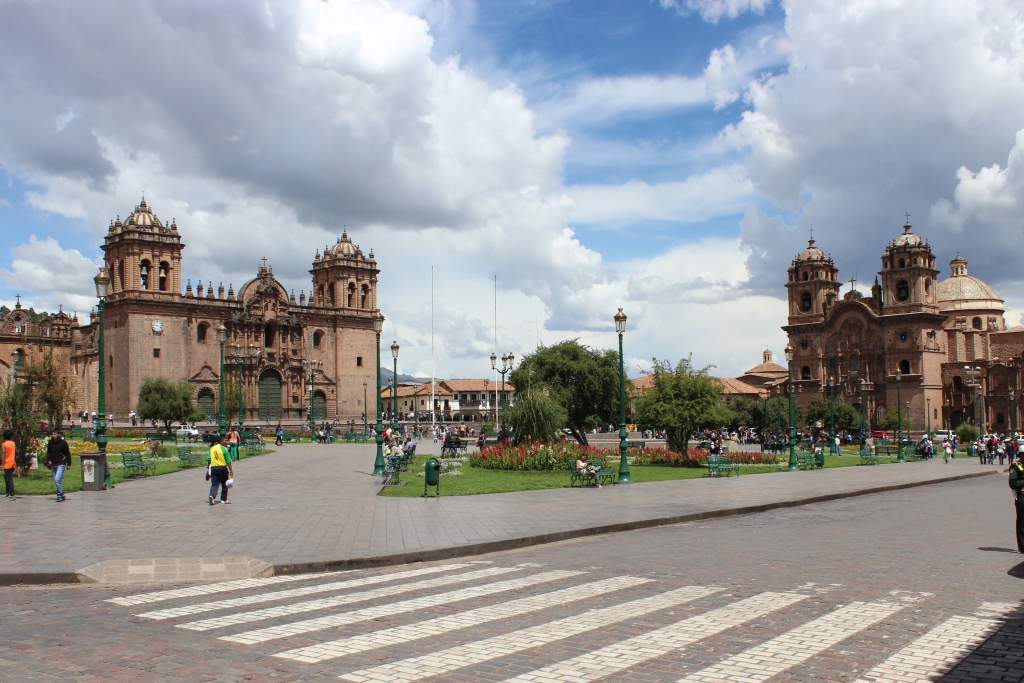 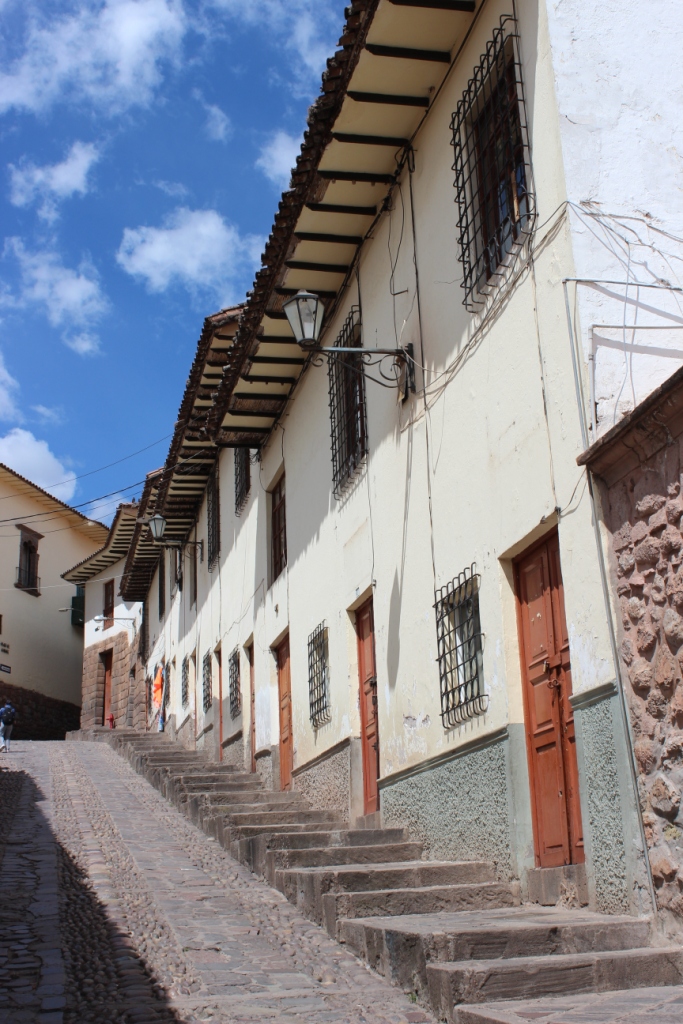 Road on a hill near Plaza de Armas 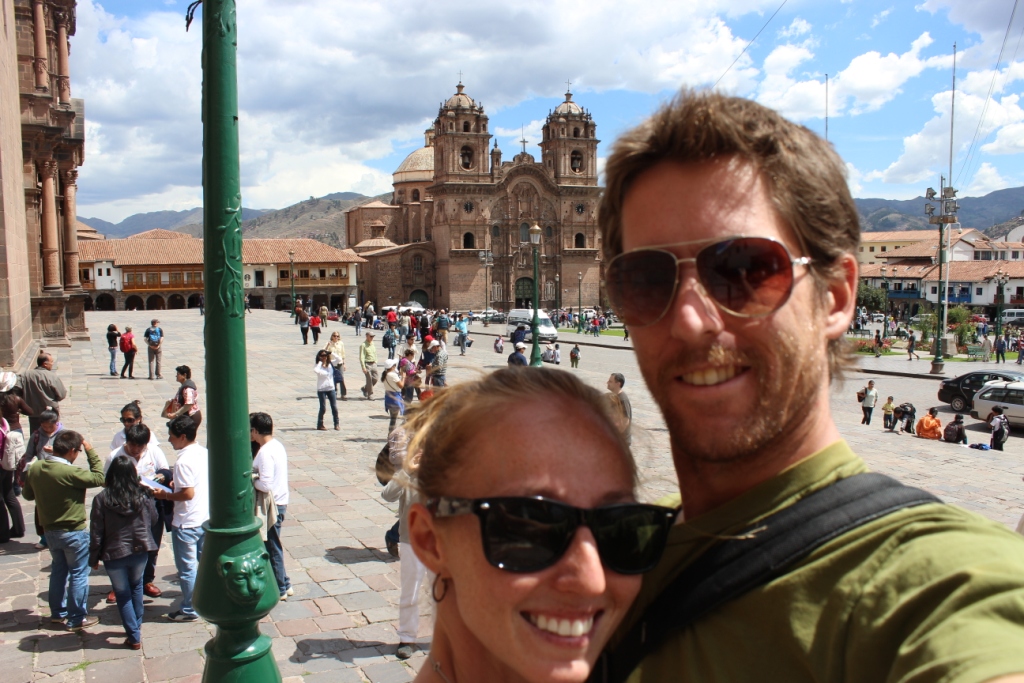 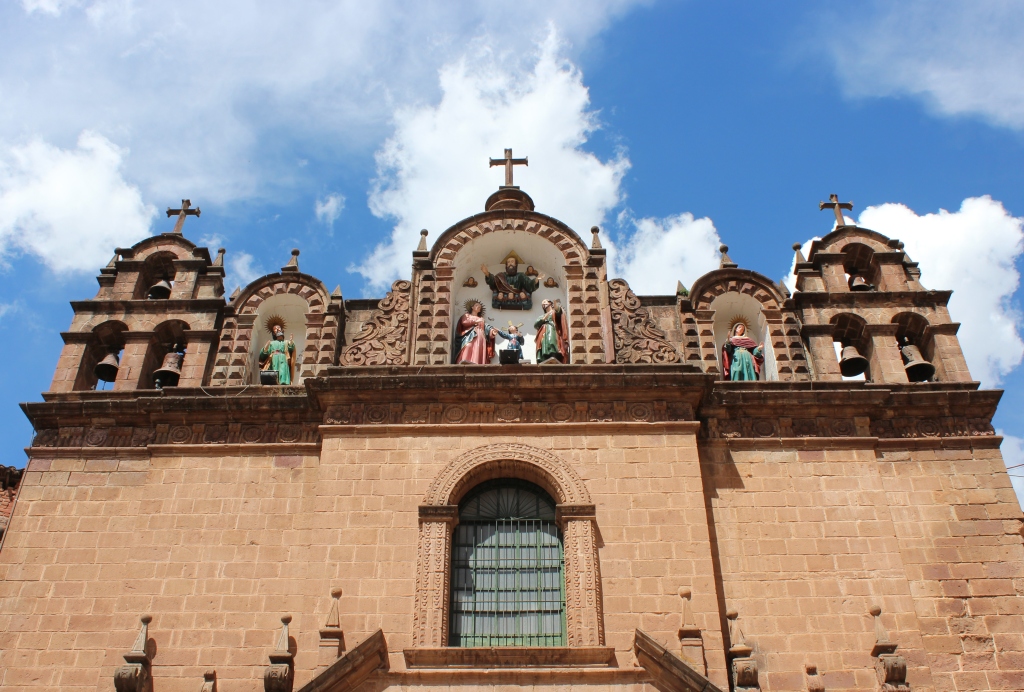 A church in Plaza de Armas 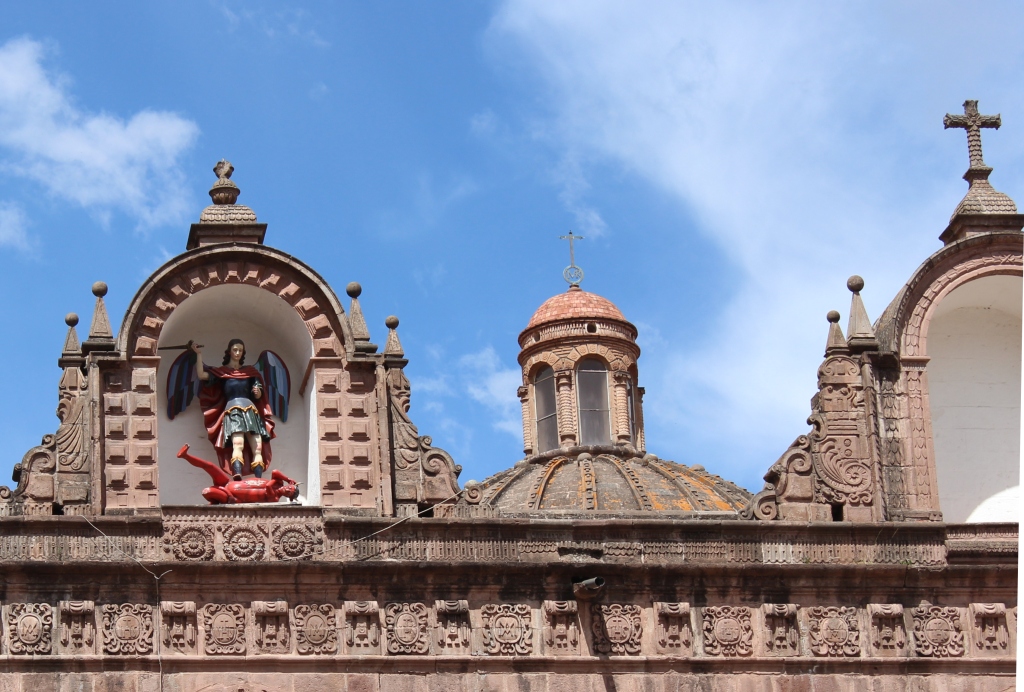 Devil details on a church in the centro. 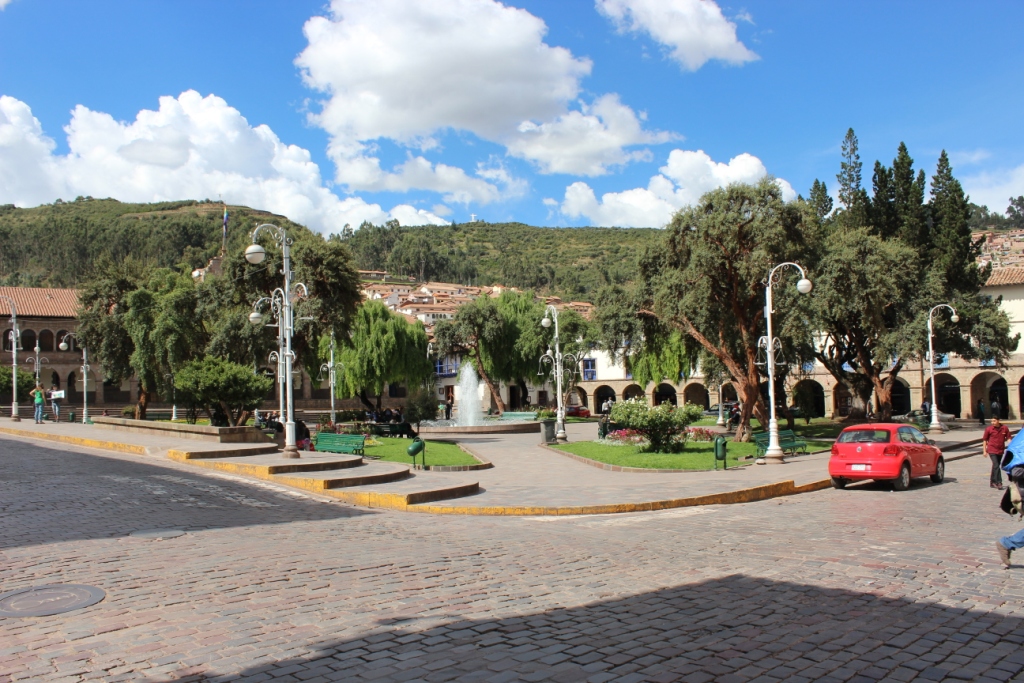 Another plaza in Cusco's historic centro. 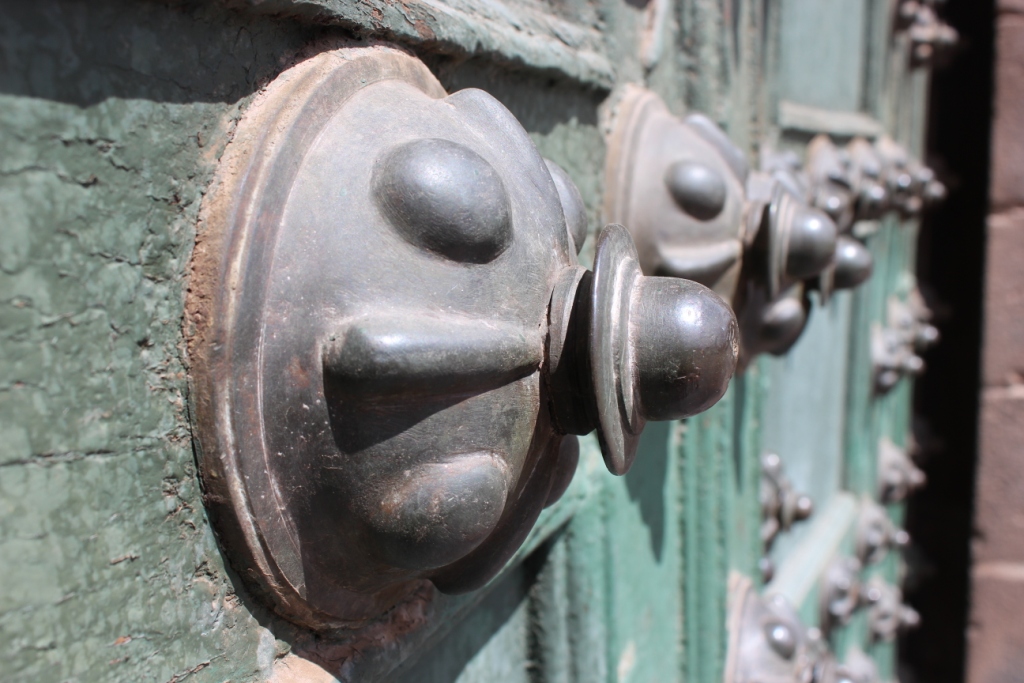 Detail of a building in Cusco's centro. 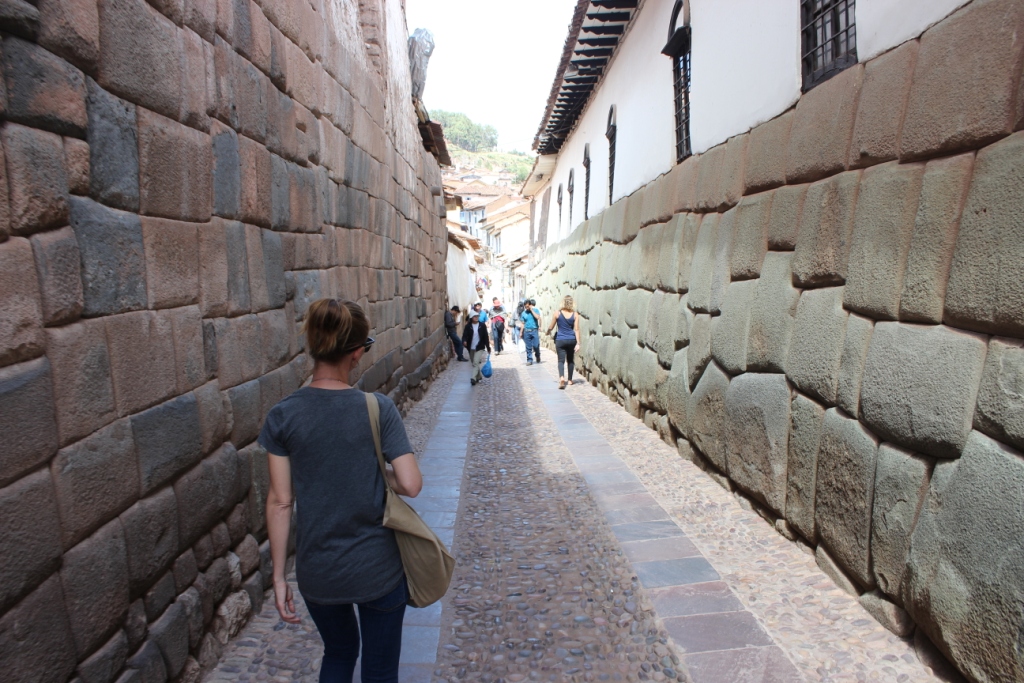 Walking down a narrow pedestrian street in Cusco.