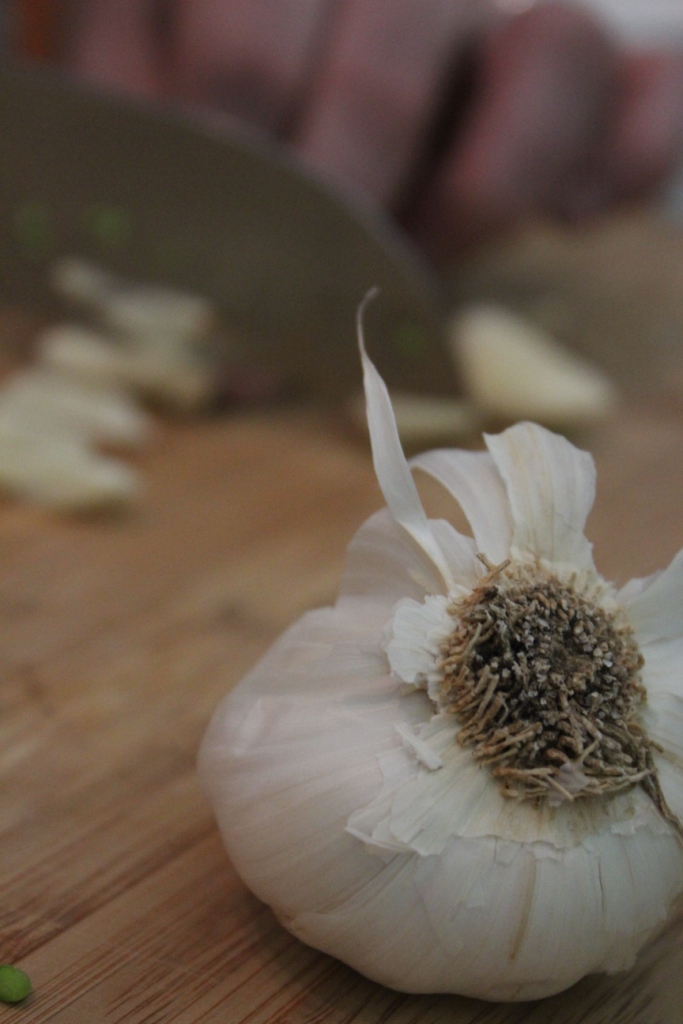 Thanksgiving is the bee’s knees. Is there any other day quite like it? Eat, drink, watch football, doze off, and repeat. For the first time we spent Turkey Day not with family or just the two of us, but with friends, even dubbing the occassion ‘Friendsgiving’ (though a bit of Googling tells us we aren’t by any means the first people to come up with such a term). On Tuesday and Wednesday nights of Friendsgiving week we ventured out of our digs at the house of our old friends Tera and Ryan Sullivan to prepare. The first of these nights was spent crossing items off our lengthy grocery lists. The second was spent at Tipsy’s, an 87,000 square foot liquor store, where we wandered aimlessly for awhile, struggling to make any kind of decision at all about what wines to get before eventually resorting to that tried and true method, picking by label design (birds and butterflies are usually pretty good bets).

What followed was basically what one hopes to get out of every year’s fourth Thursday in November. We were up at a decent hour to prepare the following spread:

Amazingly, everything seemed to finish at precisely the right time, no microwaving needed. NFL games on in the background, we uncorked a bottle of wine (okay, so maybe the wine had already been uncorked — it IS a holiday, after all) and the feast began. Ten hours, three rounds of food, three football games, several naps, a few rounds of Apples to Apples, one Game of Life, and I’m-not-going-to-say-how-many bottles of wine later, we at last couldn’t fight off the irresistable fall of our eyelids, and Friendsgiving drew to a close as a resounding success. 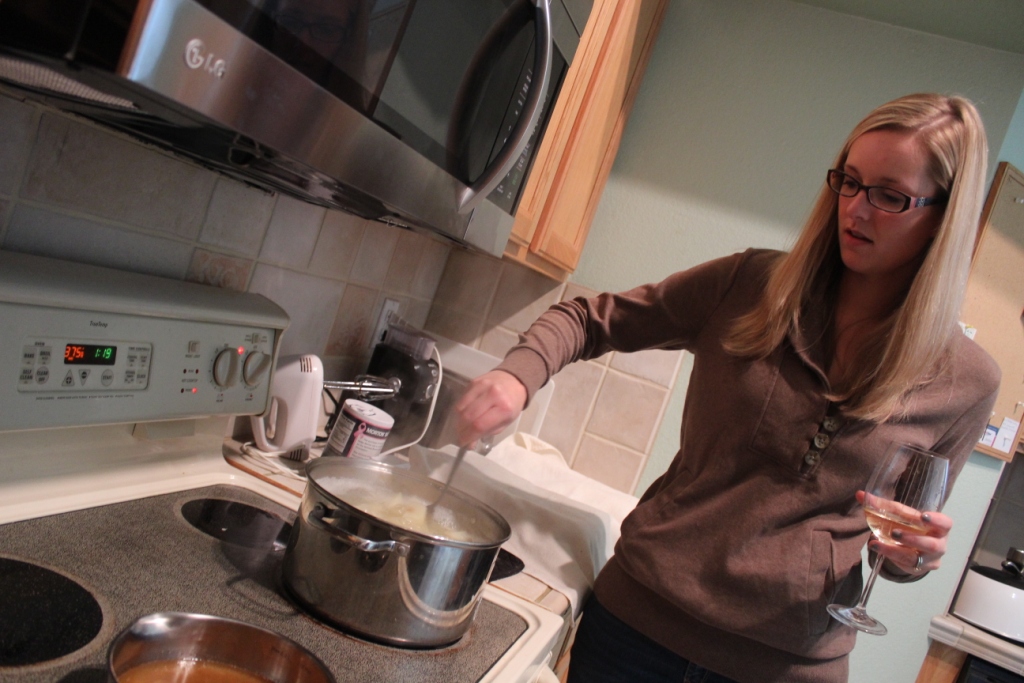 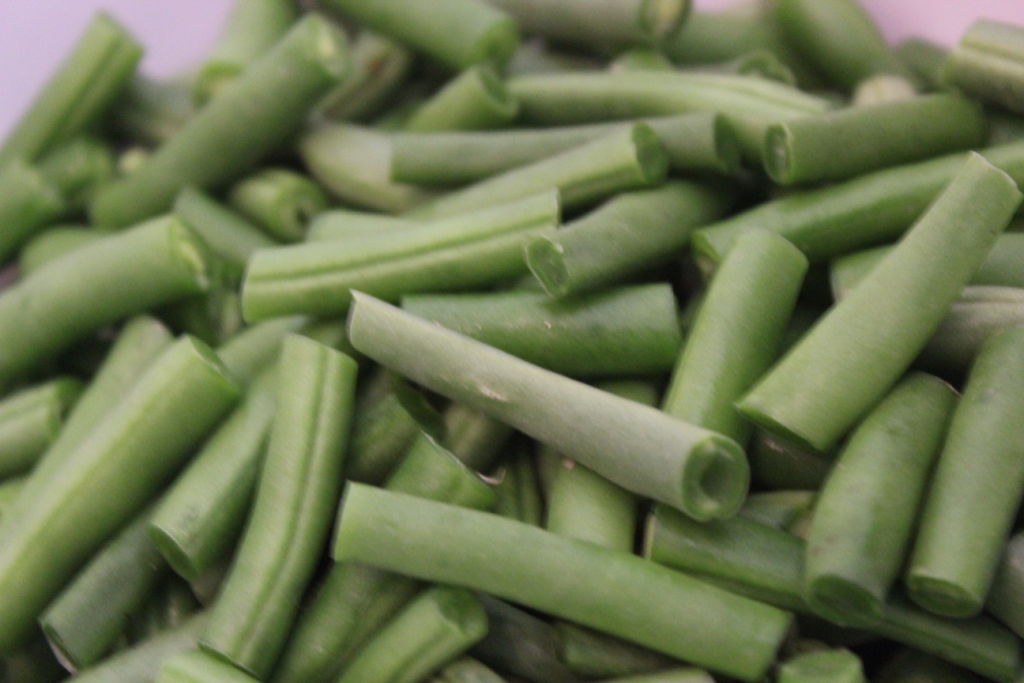 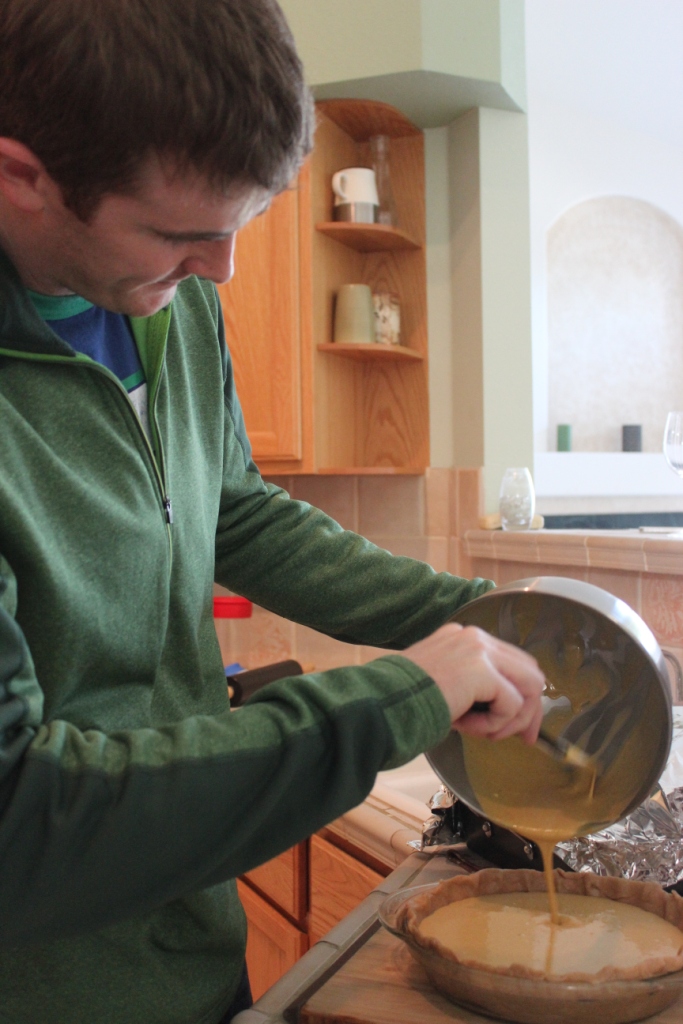 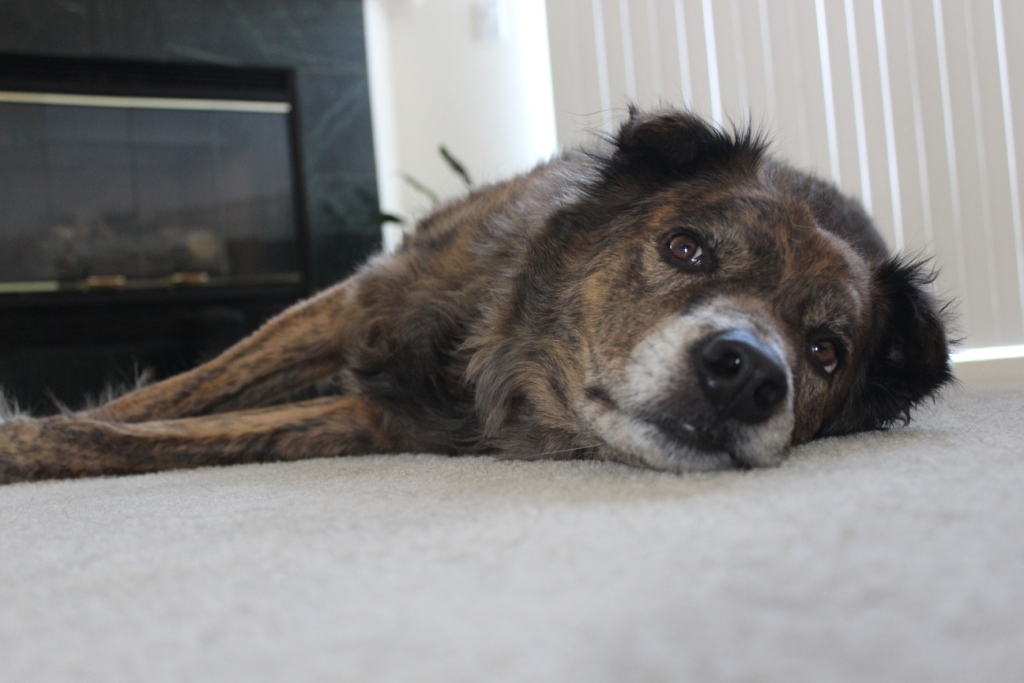 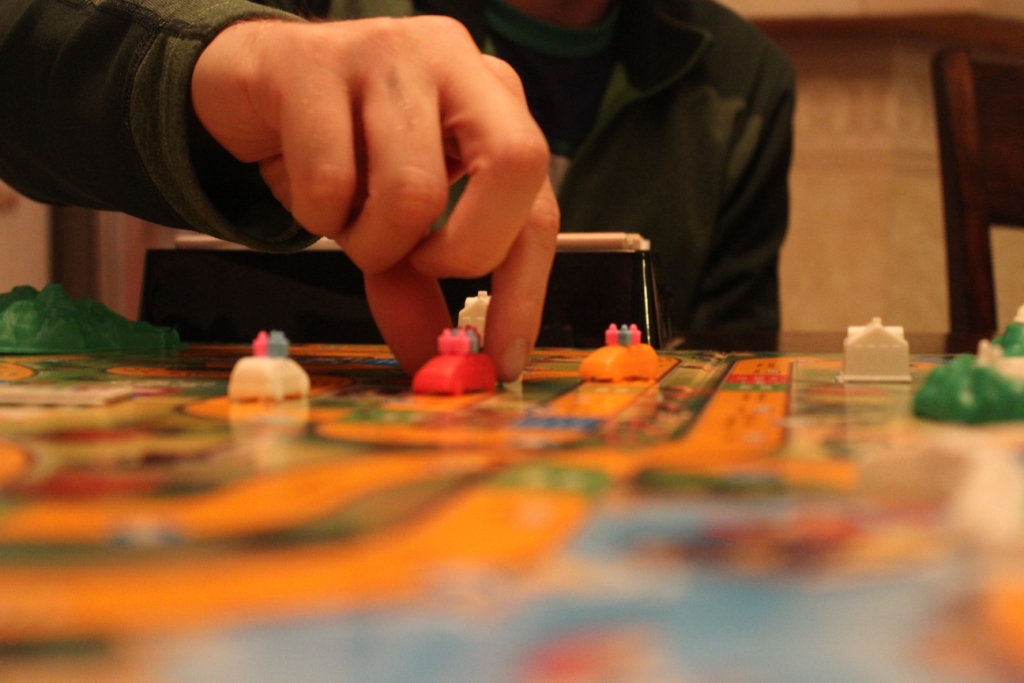 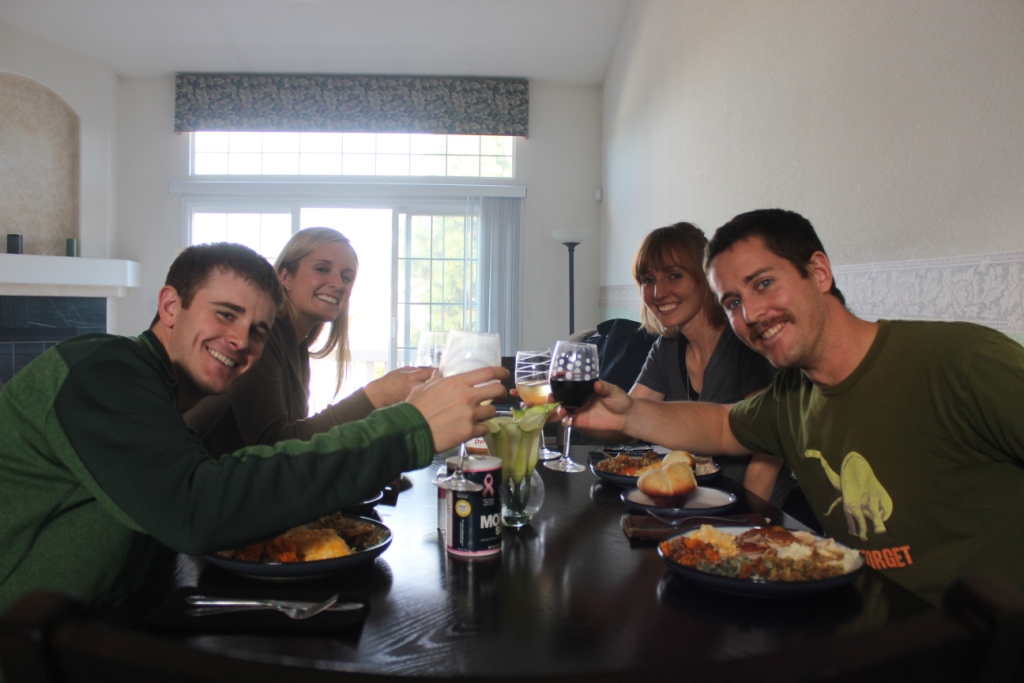