Many of our everyday essentials in Costa Rica have been quite easy and simple. Water from the tap is accepted by most as drinkable, and if we aren’t on board with that, our hosts who live next door allow us to fill our five gallon container directly from their well. We’re never more than a minute’s walk from fresh, free water. Laundry too has been pretty uneventful with a machine in our house and lines for drying in the backyard and around the porch. Lastly, internet has been more consistent then it was the last few months, and we were amazed by the response on the one day we had trouble. Despite the fact that we are nearly at the end of the road in the thick of a lively jungle, a full-uniformed (seriously, even his jeans had the internet company’s logo embroidered on them) service man was sent quickly to our house in a nice company van and with all the supplies and potential replacement parts he could need. He called ahead to let us know he was close, was a delightfully kind Tico, and even took a look at a separate wireless router problem while he was out. The ease with which we’ve encountered these everyday tasks this month have been a much appreciated part of our time in Costa Rica.

Large, fancy grocery stores are plentiful in most of Costa Rica, but Zancudo is not one of those places. There are a couple of small convenience-type stores with a variety of groceries available for notably high prices. The produce sections aren’t more than a small bin or two; most food is packaged and processed. We have a base supply of foods like rice, beans, pasta, and tortillas from stores near the Pan-American, and we restock or add to those items from the smaller shops in town. The majority of our grocery purchases though are made via traveling vendors on three separate days if the week. A local man who delivers eggs from chickens raised around town comes on Saturdays, charging 1500 colones ($3 USD) per dozen. We buy two; they are delicious and fresh. Then, on Thursdays and Fridays, Emilio, Armando, and their truck full of produce come to town. Most residents have signs that go out near the street indicating whether or not they need Emilio to stop that day. We, not having a sign, just drive down the only road in town mid-morning until we’ve found him. Armando takes our order, weighs the selections, and fills up our bag with fruits and veggies, while Emilio keeps track of our total on a calculator, and then we’re off. It’s actually kind of a lovely system, and we’ve been very happy with our purchases. A couple of times, not on a set schedule though, another local gentleman has come by with freshly caught shrimp, certainly a bonus of living near the coast.

Much like the internet, power in Zancudo is pretty consistent and decently reliable for Central America. The lights flicker occasionally with a storm, but for the most part, all kinds of appliances are kept running with ease. That said, we had an experience that was a-typical, even for this remote town, in regards to our electricity this month. Sometime around the day we arrived, things started going haywire. Power would surge on and off. Outlets only worked every other ten minutes. The fridge was down for the count, and most of the light bulbs blew within the first few days. We were completely fine and happy despite the fritz (The internet worked and so did the fans; what more could we need?), but our amazingly sweet hostess still bent over backwards to take care of us. She and her crew tackled the issue day after day trying to solve the problem which at one point included crossing a nearby swamp while towing one end of a new power line across. We’ve had normal power for a couple of weeks now, but decided it was worth sharing because the story reflects the complexities of trying to troubleshoot in the tropics – an everyday essential we often overlook elsewhere. 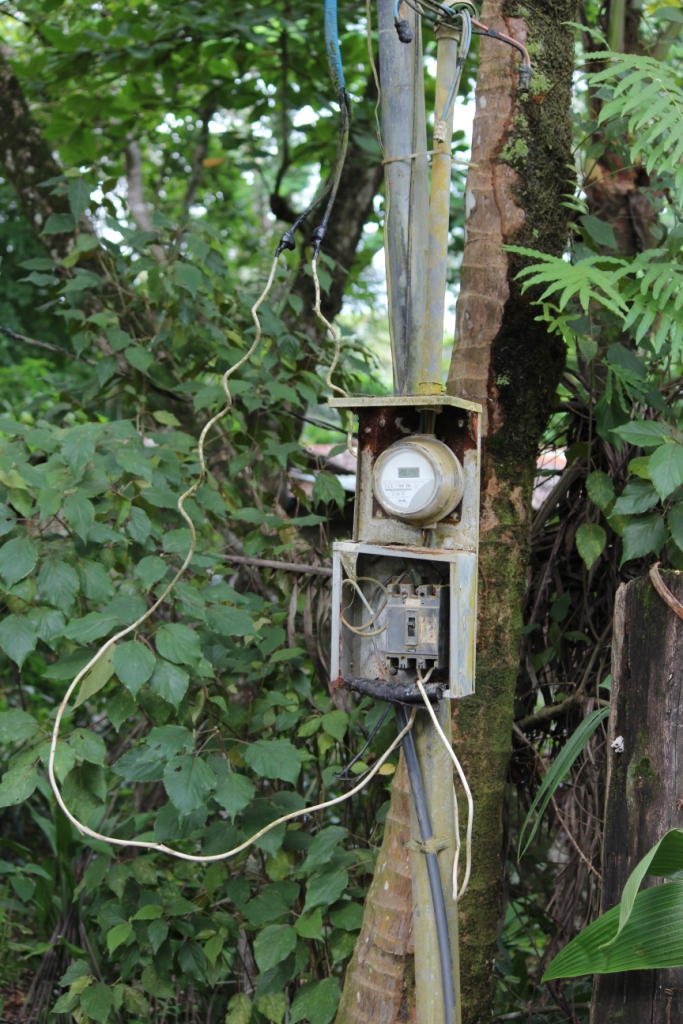 Our Power Meter - Under Construction 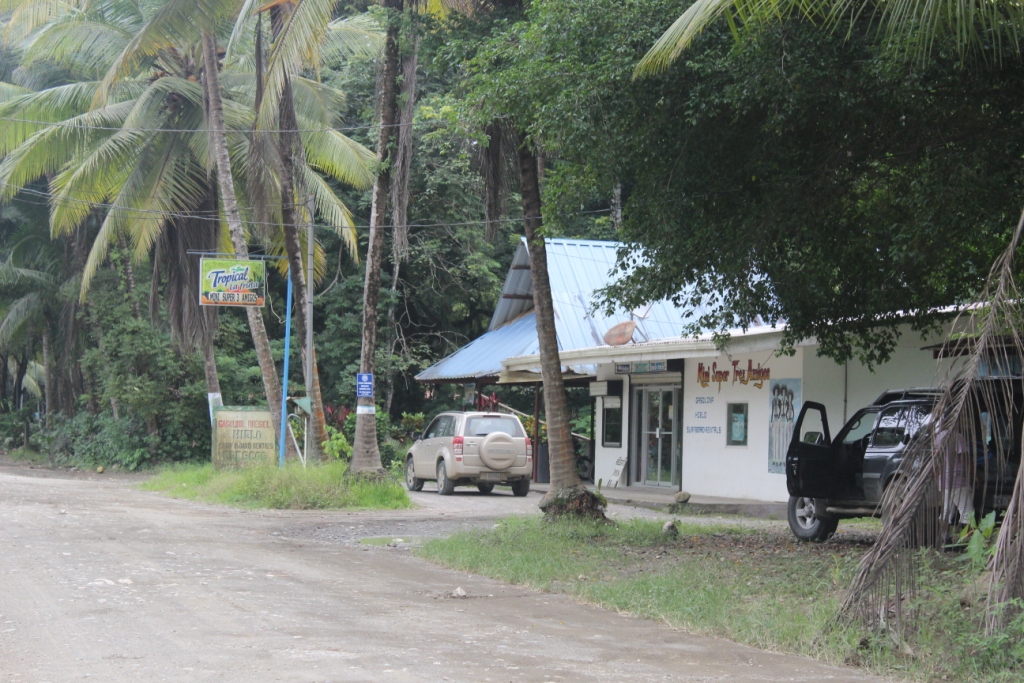 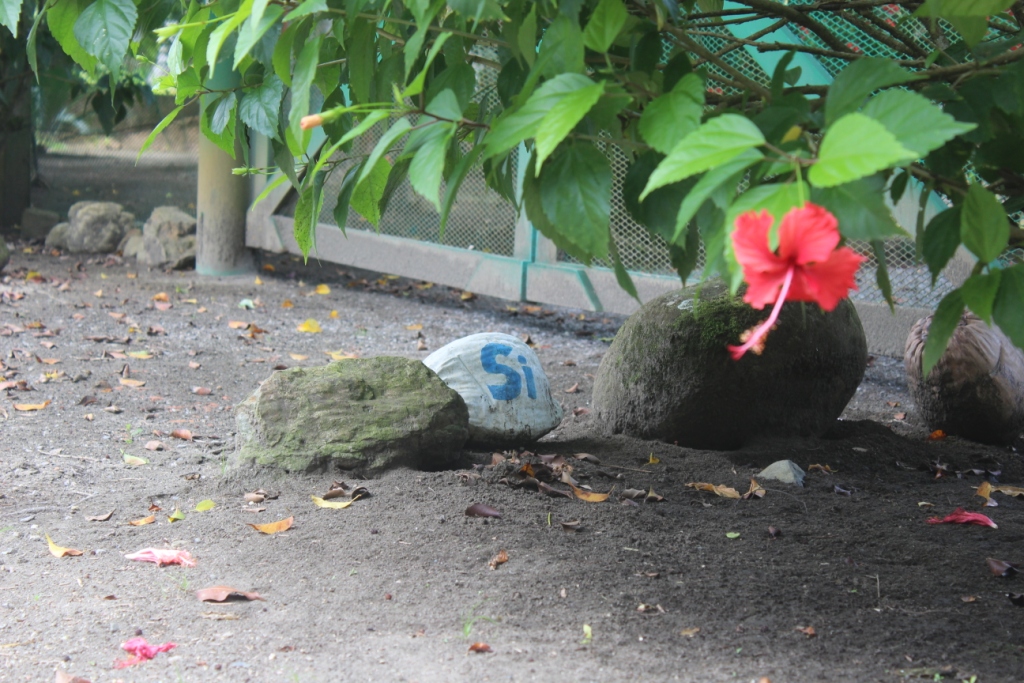 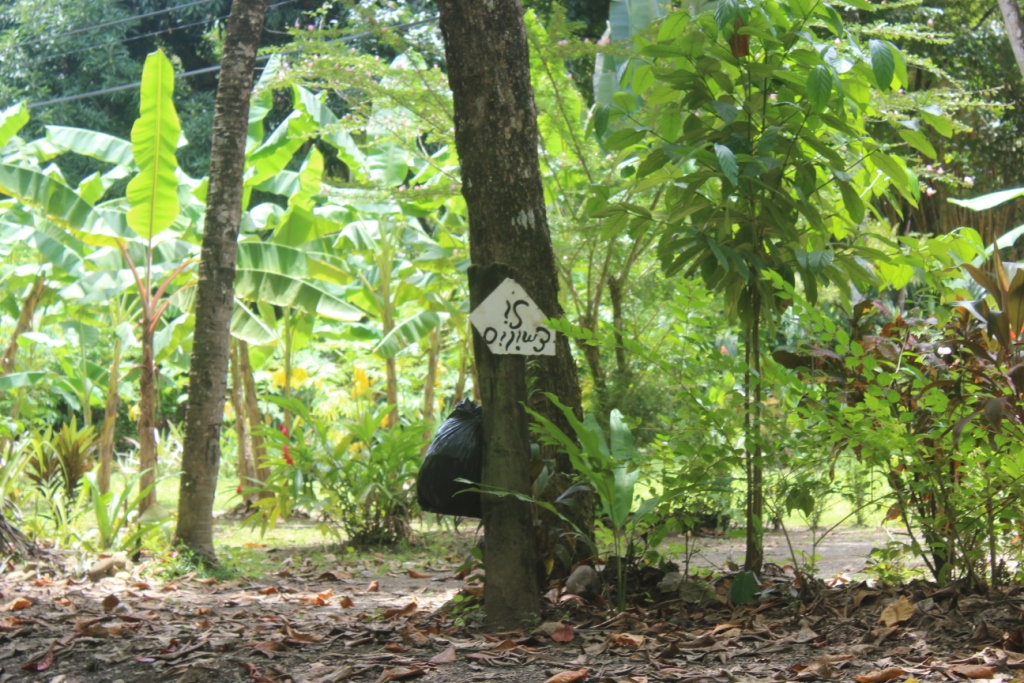 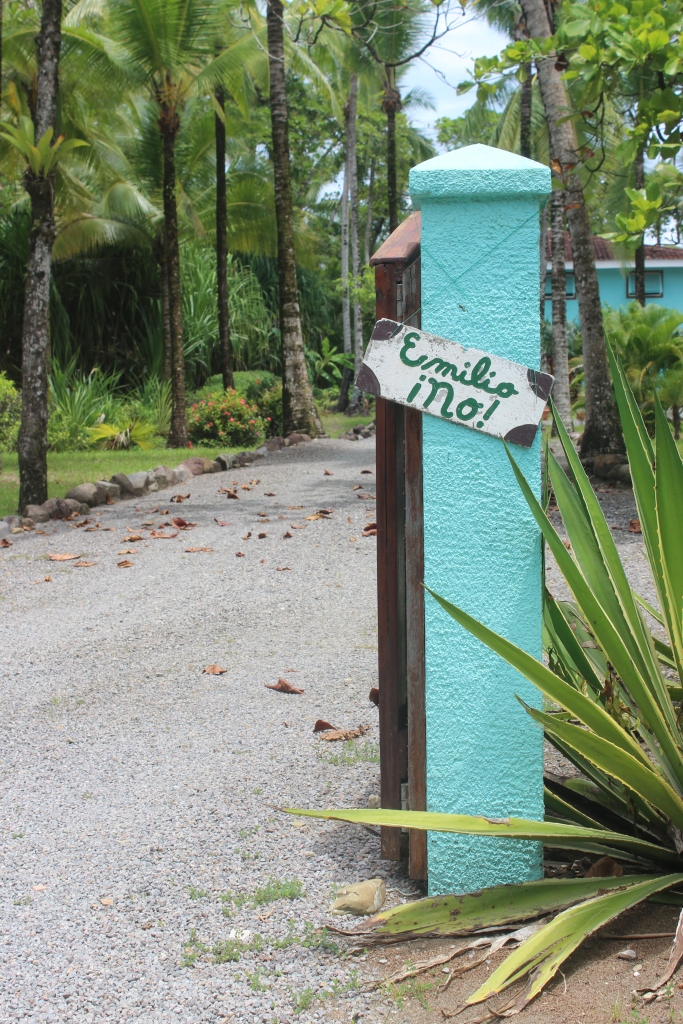