May 6th, 2014 | Posted by Brianna in Brazil | Everyday Essentials | The Places We've Been 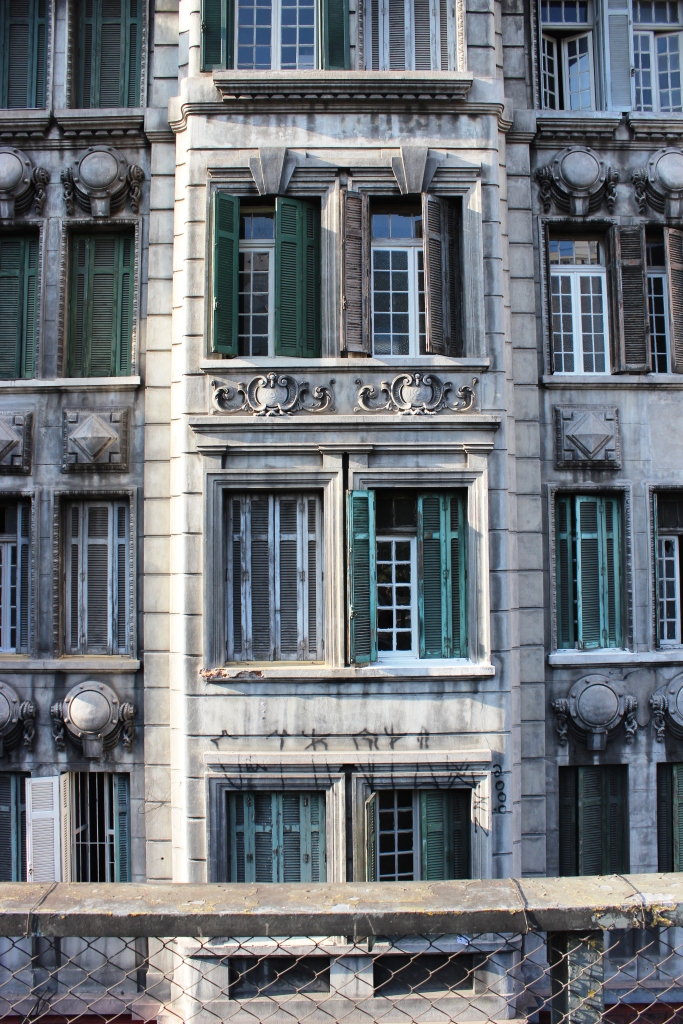 We were out for a walk with the dogs on our first Sunday in São Paulo when we stumbled upon a fantastic market just a couple of blocks from our apartment. The street was blocked off and vendors lined each side with exotic (to us) fruits, tons of veggies, meats, fish, cheeses, sweets, spices, dried goods, and more. For less than $10 USD we walked away with two reusable canvas grocery bags full of fresh food. We’ve visited a lot of markets throughout this journey, and this one definitely ranks up there with the best of them. Vendors shout out their deals, especially in the afternoon as they drop prices, and the crowd mills through the tight quarters with bags and baskets for their purchases. When we stopped to buy something though, there was no rush or stress or worry about others waiting annoyed behind us; everything was chill and good, and people were kind. For the few items we didn’t get at the market, we shopped at a few different grocery stores in the neighborhood, all within easy walking distance. Only one of them was a bust, sending us home with maggot infested beans, but we probably should have known by the darkness and emptiness of the establishment. Anything that looked like a legit grocery store turned out to be great.

Our apartment was outfitted with a washing machine, an elaborate drying rack system, and a filtrated water dispenser. Very convenient. We’re not sure how widespread those amenities are in São Paulo, but we were happy to have them!

We heard repeatedly how horrible São Paulo was to drive in, and while we didn’t actually find it all that much worse than some of the other cities we’ve wandered through over the last year, we didn’t plan on using the CR-Van while in town and so found a garage on our street for the three week stay. The best deal we could find was to pay for an entire month, which cost R$240 ($109 USD). Sheesh!

When we did venture out further than our legs wanted to take us, we went by way of São Paulo’s Metro. It seemed a bit daunting a first, even for two people who are usually enthralled by the subway, but once we tracked down a map that included both the lines and the street grid, it was pretty easy to navigate. For R$3 ($1.36 USD) per person each way, we made a few connections through the bright, clean, and spacious system. We were told that it is an absolute mess at rush hour, but on the quiet afternoon that we rode the rails from downtown, we found the stations and cars to be in better condition and company than NYC, Montreal, or Buenos Aires. Not too shabby for the largest city in the Americas!

With a few exceptions in small, rural, indigenous communities, Spanish has been spoken in all of the places on our route between the United States and Brazil. As the time to leave Spanish-speaking Uruguay and enter Portuguese-speaking Brazil neared, I found myself quite sad to be moving away from the former. I wasn’t worried about Portuguese or uncomfortable with a new language, I just truly appreciated having been immersed in Spanish, a language I can speak but not well enough, and didn’t want to depart from my constant opportunity for learning. Ian on the other hand, jumped at the opportunity to begin Portuguese and started studying through books and online programs like Duolingo in January, taking the lead on our communication skills for Brazil while I hid my head in the sand. And guys, I swear I’m not just saying this because I’m madly in love with the guy, but he is totally rocking it and completely blew my mind with his ability to speak to Brazilians in Portuguese from day 1. In addition to getting us the information, directions, products, etc that we need, he also earns us a bit of respect from those we speak with for his skills and efforts. Huge props to Ian on the language front this month.

Specifically speaking to São Paulo, we interacted with a number of folks who knew at least a few phrases in English. Those who spoke English seemed excited to do so, and many could at least use English or Spanish to help us, if they had the patience, with a single vocab word here or there that we couldn’t come up with in Portuguese. It was definitely worthwhile for us (cough*Ian*cough) to spend some time becoming familiar with the Brazilian language before dropping into the country, and while we both think that doing so is recommended and respectful, it is also not an absolute requirement to get by in São Paulo.

I will also note that as a whole the transition is pretty smooth for a Spanish speaker, despite my minimal preparation (though I do credit Ian with starting me on audio lessons the day we entered Brazil). There are many commonalities in both vocabulary and grammatical structure, and while pronunciation (Portuguese is a bit more nasally) and initial comprehension took me a few days, I was comfortable heading into stores and asking for help on my own relatively quickly. We did rely on Ian to be our main communicator in São Paulo (and will continue to for the rest of our stay in Brazil), but sometimes I surprise myself, picking up on a concept or word without really paying attention. I think that this is a combination of being able to relax a bit in knowing that Ian is responsible for the response, having a decent grasp of Spanish, and of course, the immersion in the language.  It is something that we are truly enjoying and look forward to working on further in the next couple of months.

On Sundays, the Minhocão, a raised freeway that runs through downtown São Paulo (and the nickname of which is interestingly taken from a giant mythological Brazilian worm), is closed to vehicular traffic. Instead, the large thoroughfare is available for foot traffic and other community use. For us, it provided one of the neatest workout environments we’ve had yet, and as I ran between the tall buildings along the decently-maintained pavement, I couldn’t help but appreciate the first obstacle-free surface we’ve had to exercise on since San Cristobal a year ago (though we’ve enjoyed lots of interesting scenery, our paths have almost always included potholes and broken sidewalks and untrustworthy dogs and cobblestones or gravel). On the Minhocão though, we just glided along amid the other folks utilizing the space, who I believe can be categorized into three main, equally distributed groups: the exercisers, including runners, cyclists, walkers, skateboards, and more, the parents, including families or dog owners who had taken up residence somewhere along the median to simply hang out as though picnicking, and the smokers, including those taking pulls from their hookahs and others rolling joints and sharing them in small, laid back groups.

For other workout needs, Ian would use a nearby park with basic public equipment, and I enjoyed yoga from a spot in our bedroom with a fantastic view over the city. We did also go to a nearby gym, of which there were many, one day for R$15 ($6.80 USD) per person, but the treadmill did a number on my hips, so we didn’t go again. Hooray for the Minhocão! 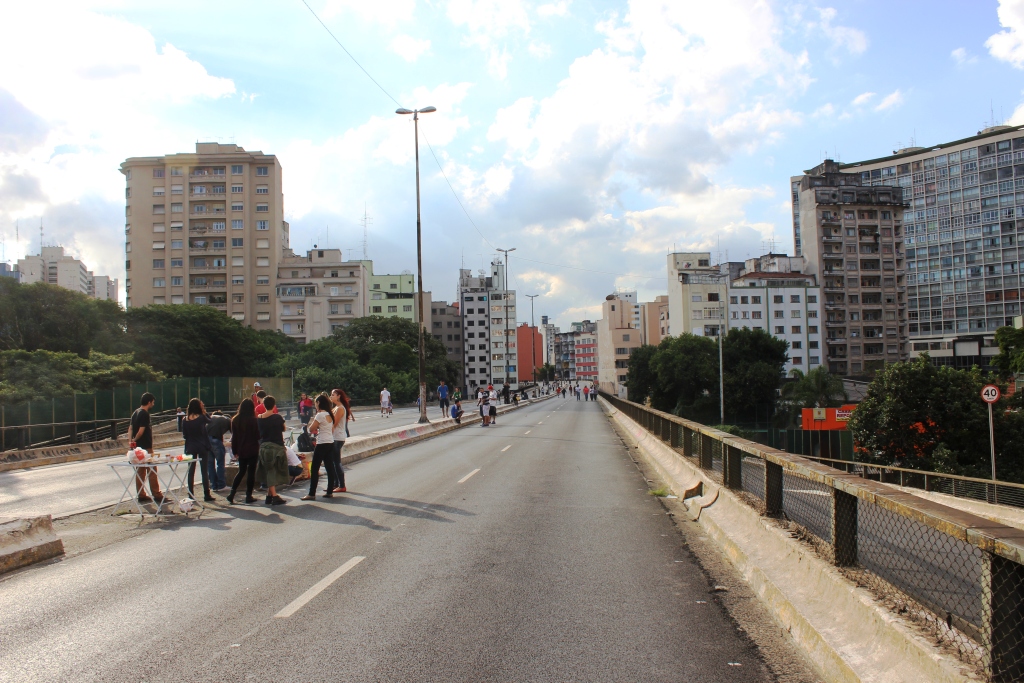 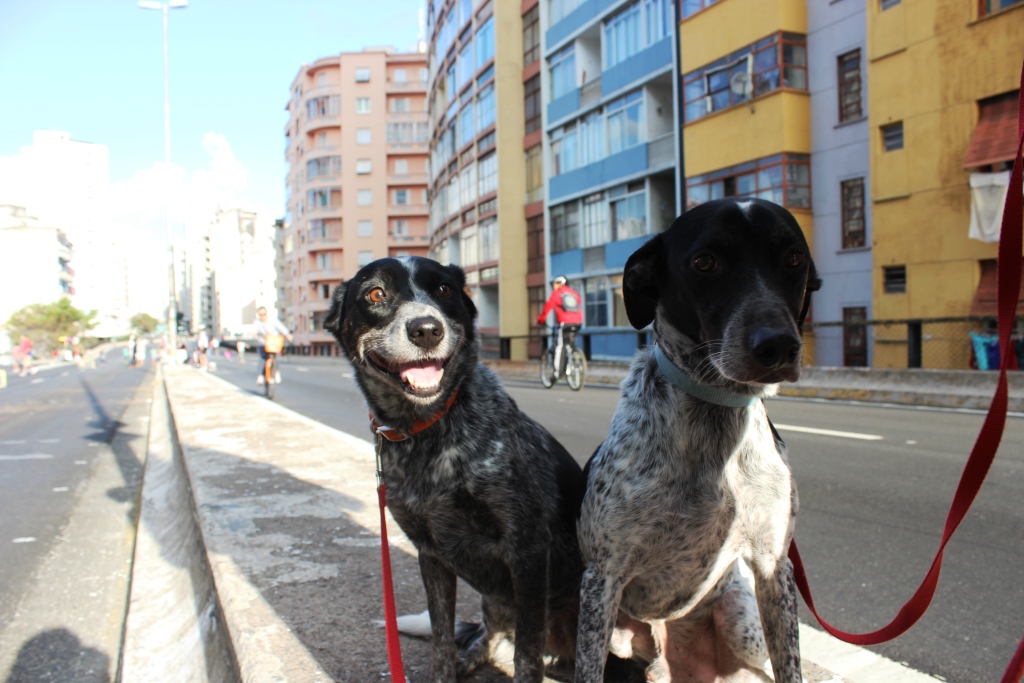 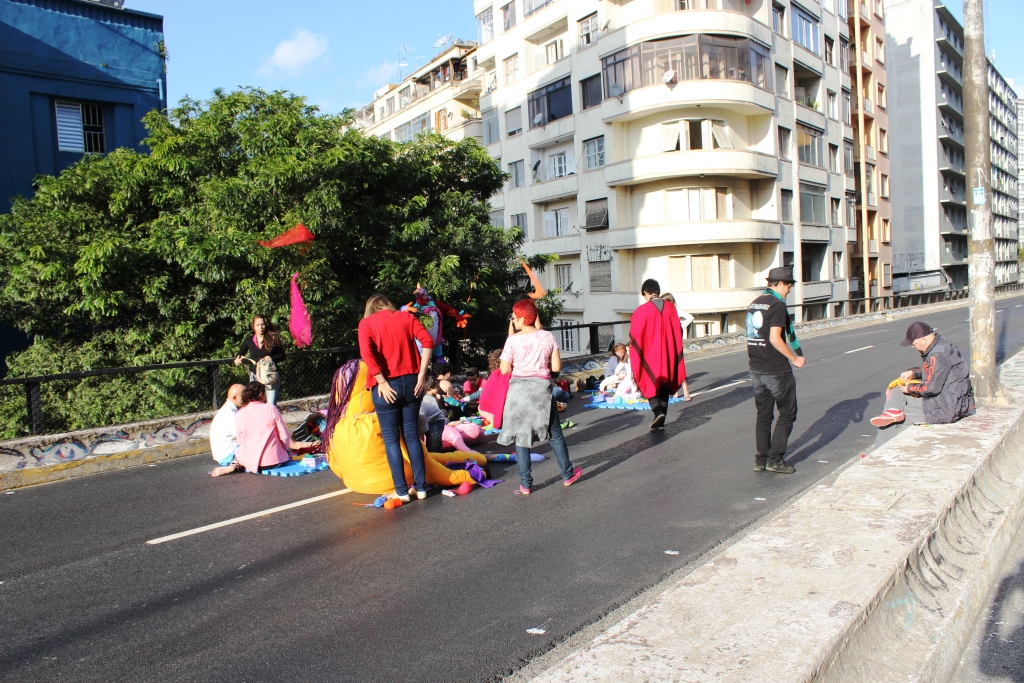 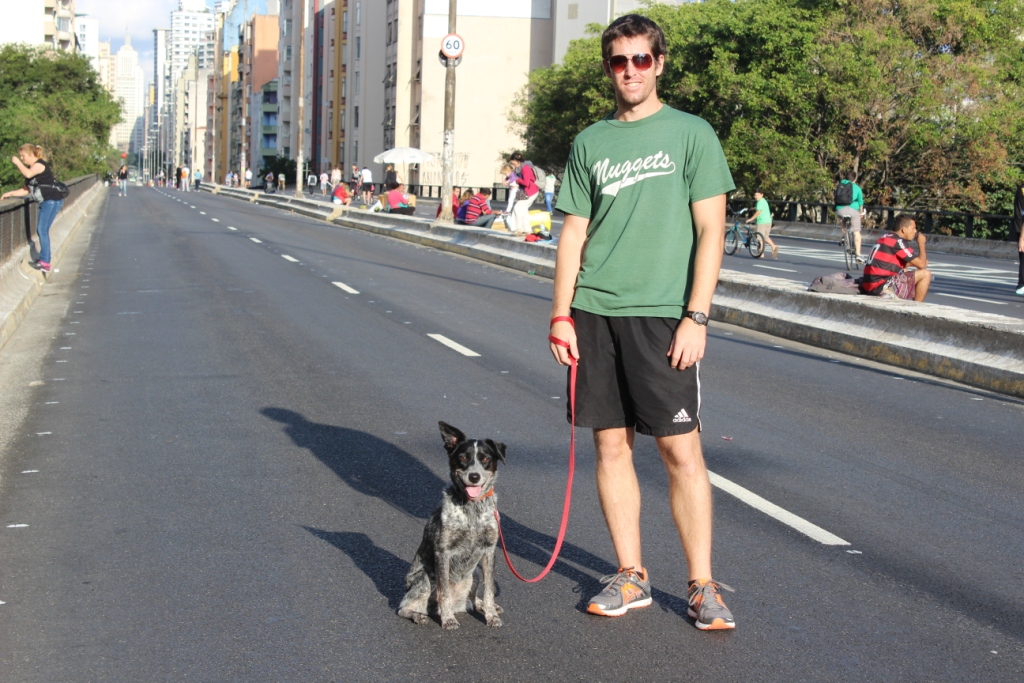 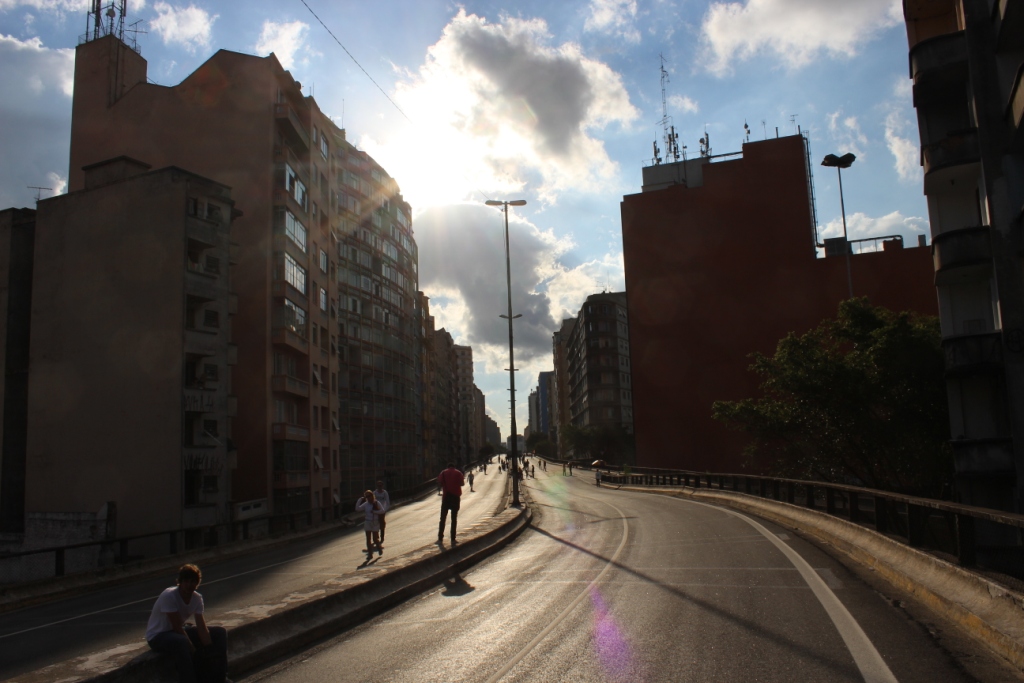