May 1st, 2013 | Posted by Brianna in Everyday Essentials | Mexico | The Places We've Been 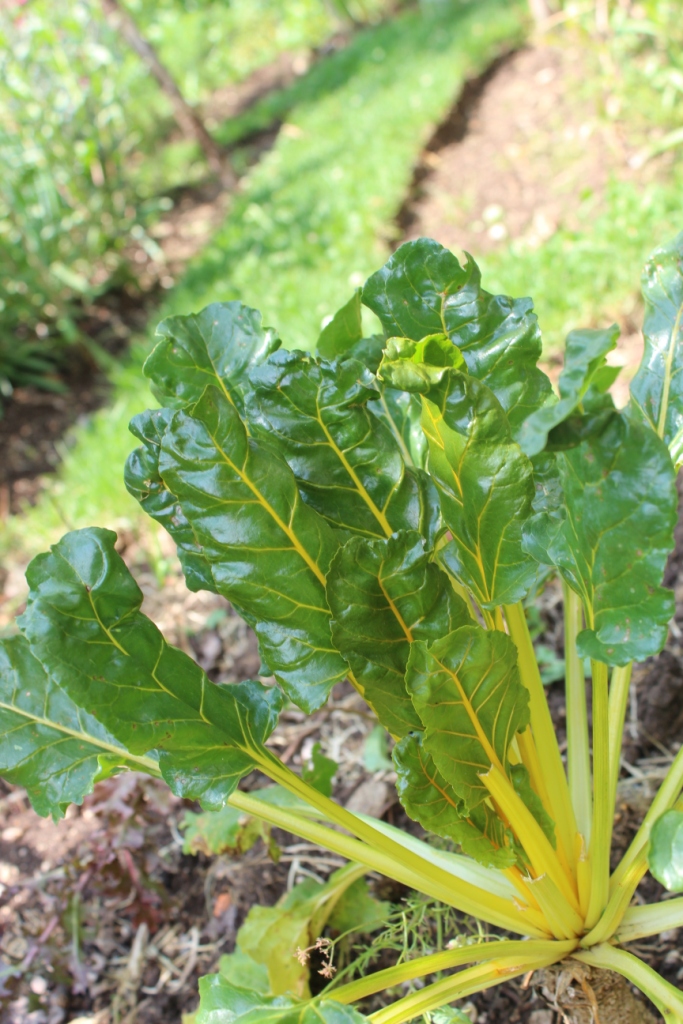 Our host has a large, beautiful, organic garden full of colorful blooms and a wide variety of edible greens that she welcomed us to pick and eat if we wanted. Of course we took her up on the offer, but aside from salads, we, in an embarrassing swing of laziness this month, bought the majority of the rest of our groceries at a giant, Walmart-esque, clothing-electronics-groceries-and-more chain store called Chedraui. There is a neat little market just north of the centro, but our couple of visits there were entirely overwhelming. Within a couple of blocks of our house there are also a few small shops with various processed foods and a handful of vegetables, where we have indeed picked up an avocado or some crackers here and there, but that didn’t quite do it for us either. Our lodging setup this month is smaller than the last few places we’ve stayed, and our cooking space is limited to the top of a mini fridge and two stand alone burners. As a result, April has been a month of soups – chili, tomato based bean and veggie, potato based lentil, etc – that we get all the ingredients for at one time and then cook up in a large pot that lasts us a handful of meals.This isn’t inherently a bad thing. We’ve found that we actually tend to spend a lot of time cooking and that by making a dish that lasts a few days, we buy ourselves some hours back. Switching away from our rice, beans, and peppers staple dinner, however, found us less skilled at shopping locally, and thus, Chedraui. 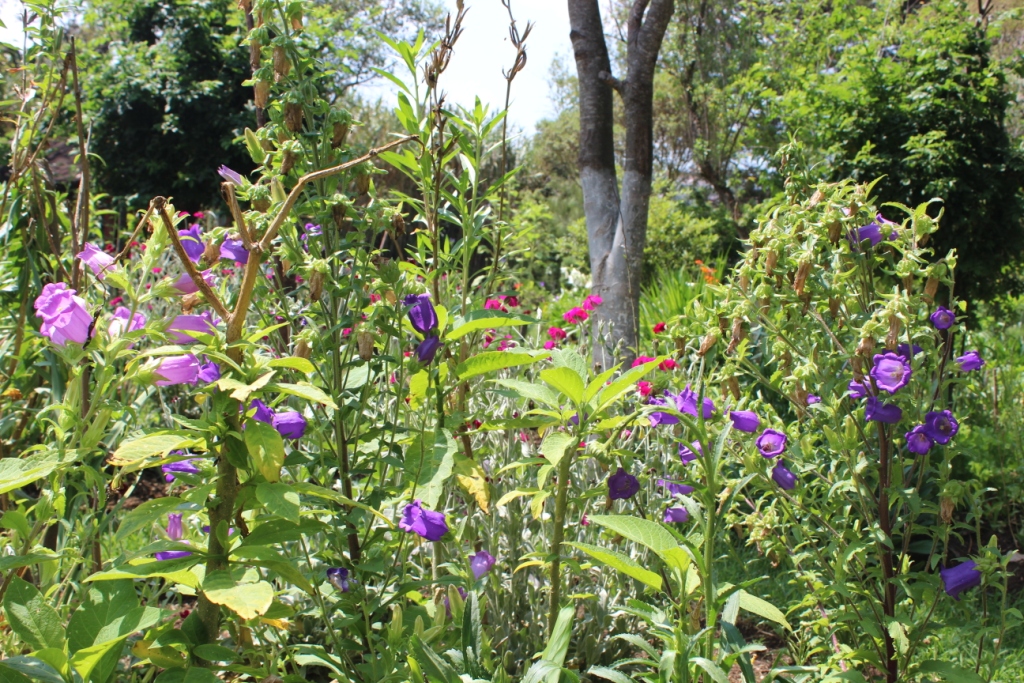 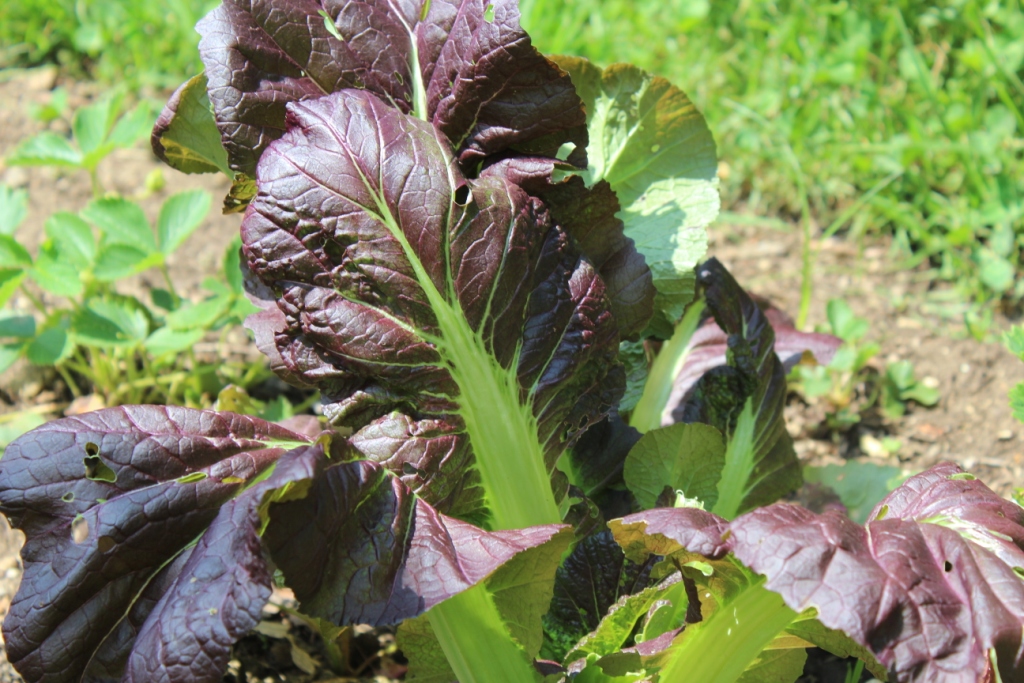 Though we didn’t know it when we booked our April cabin, the property we’re staying at has UV purified water throughout which means drinkable water in all of our faucets. We learned about this system while in Guanajuato, but haven’t actually stayed in a unit in which it was fully functioning. While this has been incredibly convenient, especially when brushing our teeth, it’s amazing how quickly we had gotten used to not drinking from the tap, to brushing our teeth with a cup of water, and to keeping our mouths closed while in the shower.

The first time we got our laundry done this month was by our host’s housekeeper while we were at Palenque for the weekend. We paid about the same as we typically do but without having to haul a bunch of dirty clothes out into town, and when we returned on Sunday afternoon, they were folded nicely for us on our bed. Later in the month though, we had a sudden realization that we were completely out of clean, um, necessities on one of Marta’s days off, and so took our bag of clothes to a nearby lavandería, where prices were even lower than usual and our clean laundry smelled like gingerbread cookies.

As we discussed last month, oil for the CR-Van has proven to be quite expensive in Mexico, but with an oil change approaching, we headed to Auto Zone, decided to change our oil type from 5W-30 to 10W-30 (as we won’t be in cold climates for a while), and happily found much better prices. 6 liters of oil, which gave us some extra to carry for when we are running low, and a decent Bosch filter cost us 478 pesos ($38.25 USD). The cashier then pointed us in the direction of a mechanic at the end of the road who would change the oil for us; however, in our excitement, we stopped at the first car-type place we saw and started asking questions. It wasn’t until after they had looked at us confusedly, gone to check with someone in the back, quoted us at 50 pesos ($4 USD), and sent us to pull our car in, that we realized they were a tire and rims joint next door to the actual mechanic. Since an oil change is car maintenance 101 and they had been so very nice, we decided just to go with it. Fortunately, that choice worked out for us. The job was done in 20 minutes while we stood in the garage and watched. A suited gentleman, who appeared to be the owner, even bought us each a cup of pozol, a cocoa, corn dough, and water beverage that resembles grainy chocolate milk, from a street vendor nearby (“on the house,” he said) and chatted with us in Spanish for a while.

One of our favorite everyday essentials in San Cristobal de las Casas is the large, free, outdoor athletic complex where we’re able to do a variety of workouts on our own schedule and at no cost. The facilities, which we think are called CEDEM (Centro Deportivo Municipal) but which also confusingly house the SEDEM (Servicios Deportivos Municipales) offices that are noted on Google maps, include multiple fútbol fields, basketball courts, a baseball field, an 8-lane running track, an obstacle/ropes course, and a swimming pool, among other things. We’ve seen field hockey, girls flag football, an unidentified racket-based sport (apparently Ian has learned that it’s called frontenis), and fan fueled case races. Near the track are also a number of “weight machines” which at first appear to be simple playground equipment, but which use the weight of the exerciser as resistance for a handful of simple movements such as incline chest presses and pull downs. In addition to having such a great facility at which to work out ourselves, we also really enjoy being part of an active community. Every time we visit CEDEM, we are surrounded by locals of a variety of fitness levels from confidence crushing high school track teams to families in jeans with children and grandparents in tow. 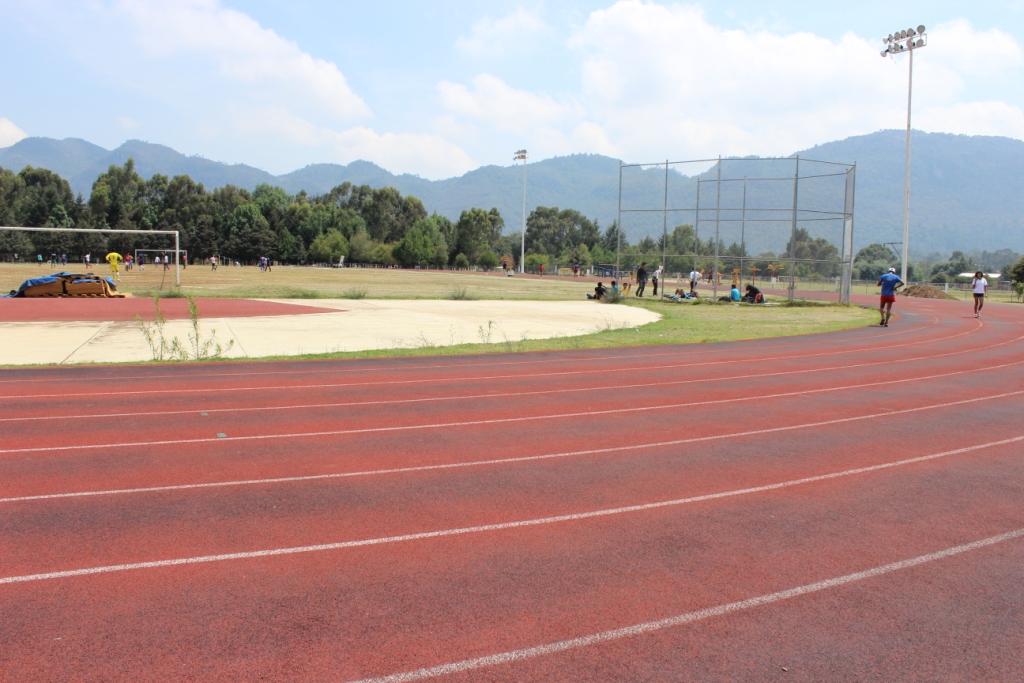 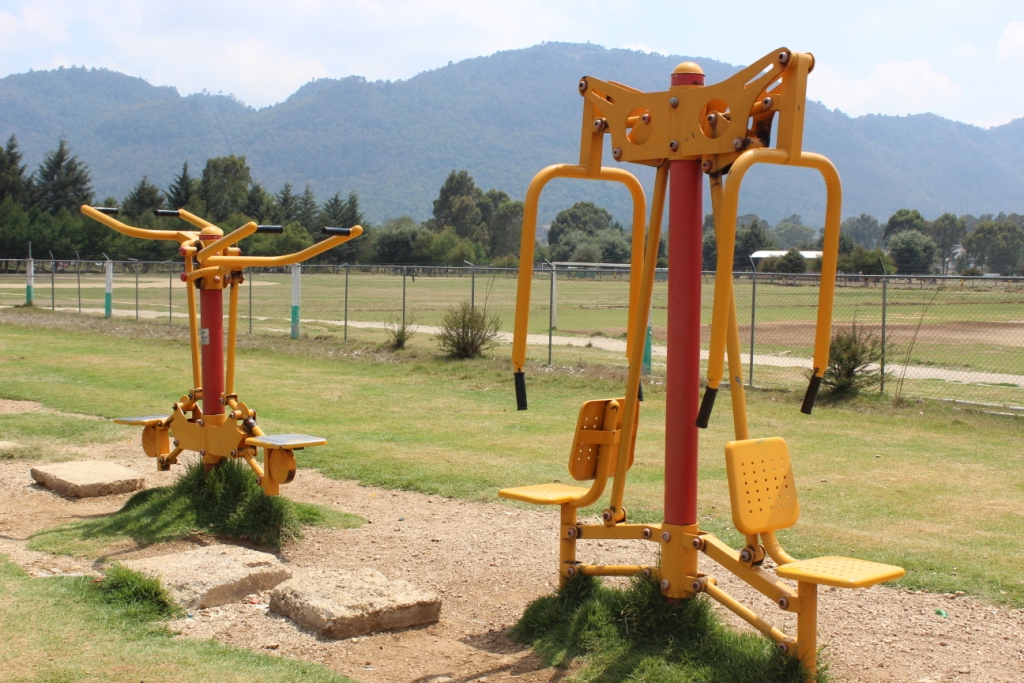 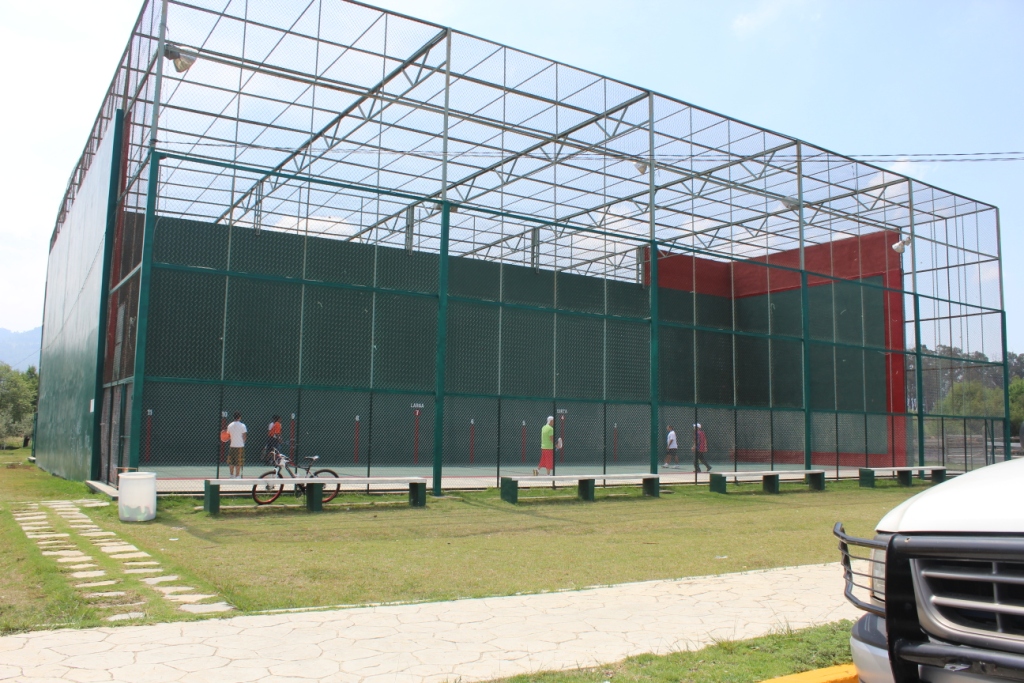