September 26th, 2013 | Posted by Brianna in Colombia | Everyday Essentials | The Places We've Been

Our Building and the Porteros

As I will discuss in more detail in my post about our studio apartment in Medellín, we’re staying in a building this month that offers a number of handy amenities. While most of these are pretty straightforward to us, we are quite new to having a portero, or doorman (also the term for a goalkeeper), and the first time we approached the building, we tried to unlock the front door. That, friends, is not how it works; we apparently do not even have a key to the front door, but we soon caught on to the drill and stopped with this embarrassing behavior. The portero on duty usually spots us walking up the stairs and greets us with an open door, often having pushed the button to call the elevator already. He is always very friendly, and while I guess there is a sense of security in this, we are more impressed by the feeling of just knowing that someone is there in case we have a question or need help. Already the porteros have received our mail for us, called us when our pizza delivery arrived, and taken our payment for use of the laundry facilities. Sometimes it feels like we live in a private hotel! 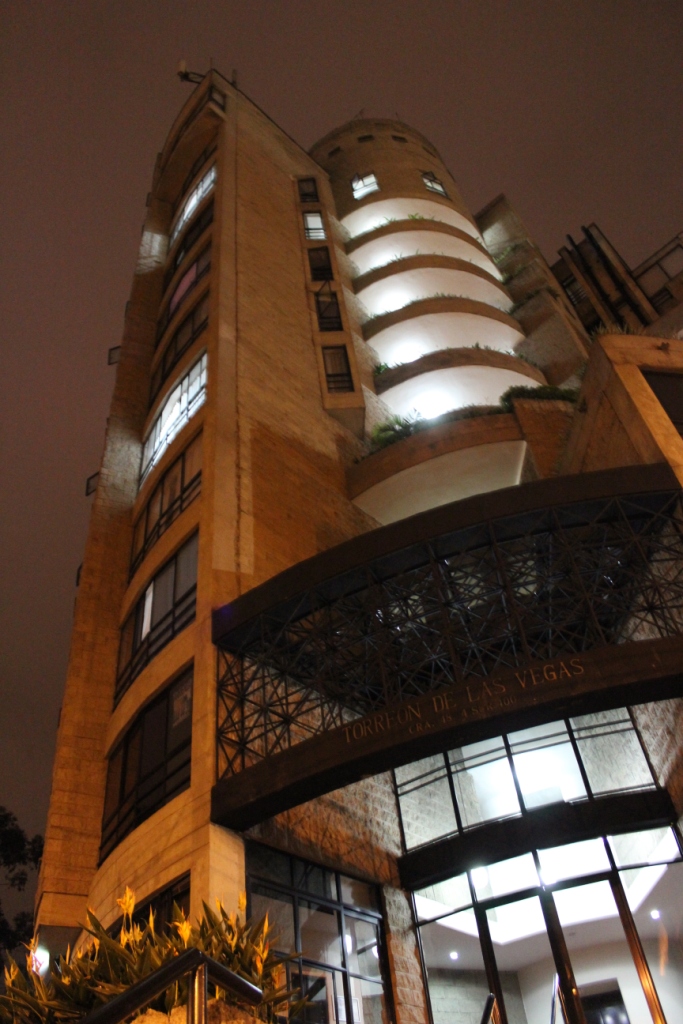 So much for the days of full-service laundry; this month we pay 9,000 pesos ($4.50 USD) for use of a large washing machine, large dryer, and one load’s worth of soap. The laundry room is on the first floor of our building. In some ways, this is probably better for us in that we don’t have to face the embarrassment of handing someone a bag of disgusting, sweat-drenched, reeking clothing anymore.

From our window we can see multiple soccer fields and a couple of basketball courts all within a block or two of our apartment, but they are tucked behind fences in complexes that we are not allowed to use. Instead, we have taken advantage of the small gym in our building, the open patio on our floor, and the sidewalk on a hill a block over. The small gym on the 4th floor has a multi-purpose weight machine and an elliptical, the patio works well for yoga and plyometrics, and Ian has made a name for himself as the weird guy who does sprints on the hill. Indeed, aside from group workouts (cycling events, marathons, what appeared to be a CrossFit class) and an occasional distance runner, we don’t see many people working out in public in our neighborhood. Parks seem more geared towards relaxation than exercise, and open spaces are often fenced.

After driving into town the first night, Ian firmly decided that he would not be driving again until it was time to leave Medellín. The traffic was hairy, and we spent no less than an hour (after 14 hours on the road) driving in loops along one-way streets that rarely went where we expected them to. Even if he hadn’t made this declaration though, we probably wouldn’t have opted to take the car out anyway as there just hasn’t been a reason to. Our neighborhood is highly walkable, and we are a short to medium jaunt from two shopping centers, multiple grocery stores, lots of restaurants, the club district, and the metro stop. For 1800 pesos ($.90 USD), we can take the metro anywhere further that we might need to go and connect for free to cable cars that reach up the walls of the valley. We met a local man in the centro on Saturday who was baffled that we had come from a city that didn’t have a metro. 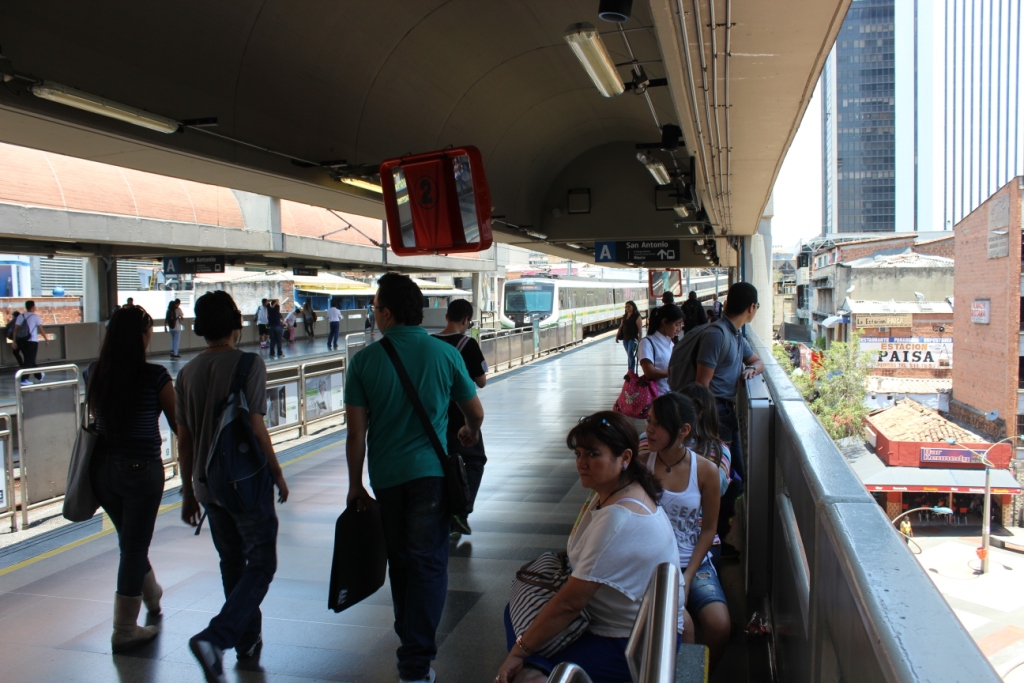 A woman glares at Ian while he photographs the Medellín Metro at the San Antonio station.

These everyday essentials have been pretty normal and easy for us this month. We shop at a grocery store one block away, we drink delicious water from the tap, the power has never gone out, we straighten our apartment ourselves, and the internet is quite possibly the best internet we’ve ever had anywhere. 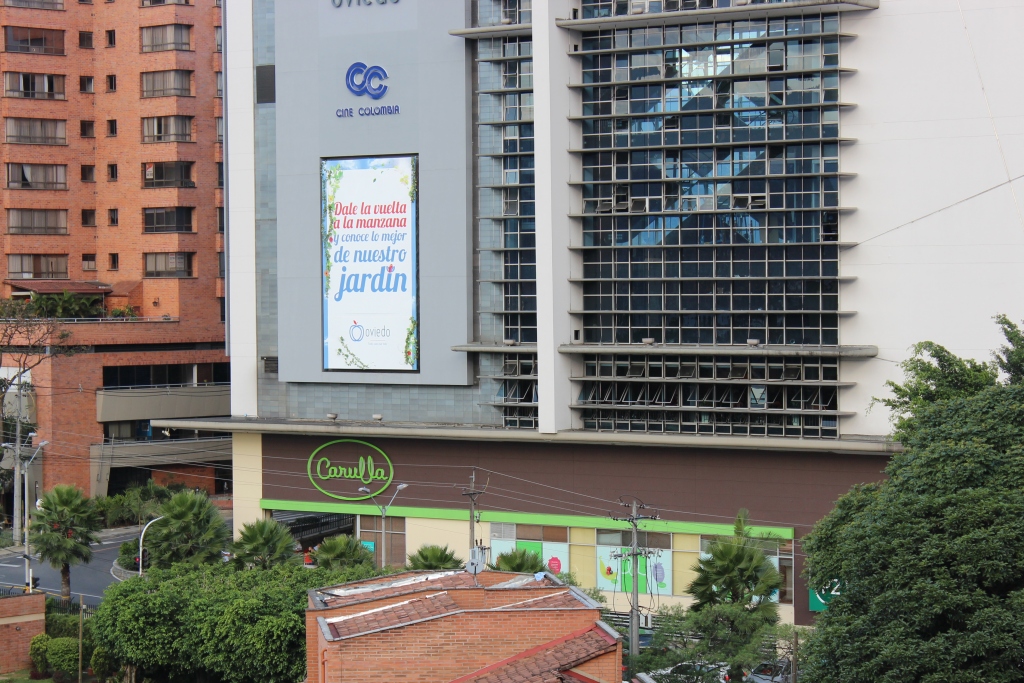 Our grocery store, Carulla, as viewed from our apartment.