March 4th, 2013 | Posted by Ian and Brianna in Everyday Essentials | Mexico | The Places We've Been 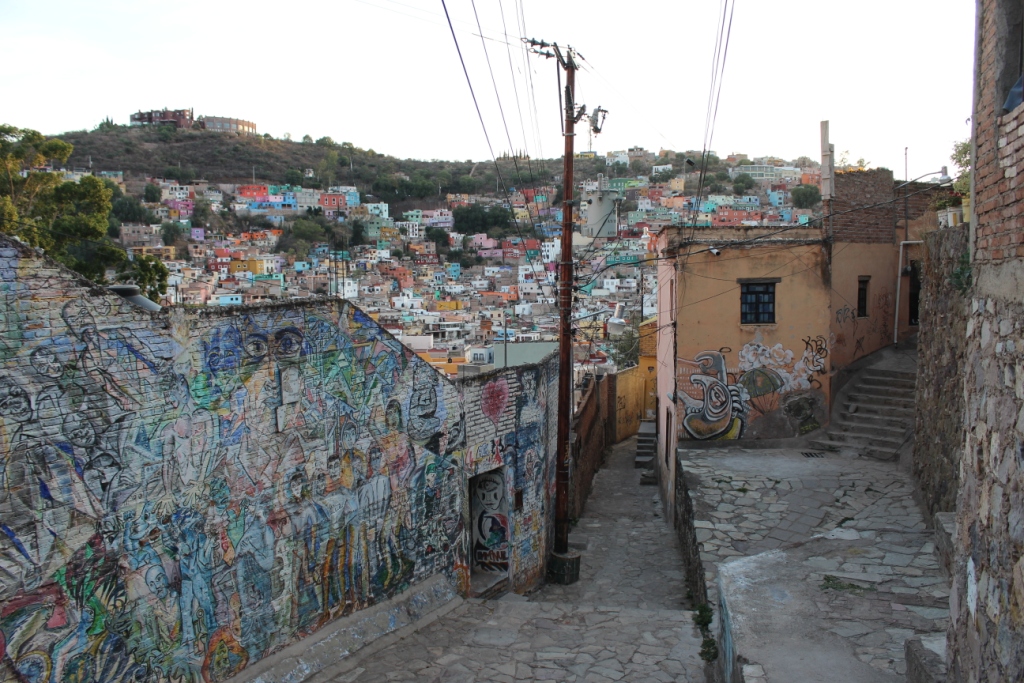 Understanding the transportation grid is vital in trying to wrap your head around the gem that is Guanajuato. The town was founded in the sixteenth century, so the majority of growth in the Centro occured before automobiles were a concern. As such, only a few main arteries of vehicle traffic run through town, and most of these are at least in part below ground in an extensive tunnel system. Other than these routes, any transportation done in the main commercial areas of town is almost entirely done on foot or bicycle (or the occasional donkey). Foot-paths called callejons criss-cross the entire city. In the Centro, some of these are wide enough to walk a dozen people wide. Heading up the sides of the hills toward residential areas they meander through neighborhoods, no more than a few feet wide and flanked by houses on both sides. All in all, traversing Guanajuato’s callejons gives the town a mystic feeling you might expect to find in the ancient cities of the Old World, but that we aren’t used to seeing in the western hemisphere.

From our place on the hill in Guanajuato, we had multiple options for groceries depending on how extensive our shopping list was. Within a short walk up or down the callejon, we could stumble into a small shop for processed, packaged snacks, bottled sodas or waters, and the occasional piece of produce or bread. A short walk up the hill and west a few blocks was a frutería, or “fruit shop”, which offered a variety of fruits and vegetables in addition to dried goods like rice, beans, and canned foods, cleaning supplies, and miscellaneous items for good prices. If we were looking for a setting in which multiple vendors could offer competition for quality and variety, the Mercado Hidalgo was usually a decent bet.

Some people, locals and expats alike, drink the local water, but finding it a risk we’d rather not take regardless of the stats, we continued to opt for the purified version. In a setup that is apparently not unique amongst expats in Guanajuato, our hosts have a purifying system built into their main faucet. A stream of UV radiation is beamed into the water as it flows from the holding tanks on the roof down into the house, killing any critters that might be swimming around. The only drawback to this system is the speed; a five gallon jug took at least fifteen minutes to fill most of the way. If our hosts weren’t around or we were in a hurry, a five gallon jug to last for three or four days could be found just up the hill for 25 pesos ($2.00 USD).

After trying to wash our own clothes in the sink in San Juanico, our arms decided it was better to save that for a select few items and send the rest to the lavandería. This month, we took our laundry to a storefront full of washers, dryers, and folded clothing a block further than the frutería where we spent $7-9 for a couple of loads worth of clothing ($15-18 USD per month). The woman who ran the cleaners usually told us to return in 6 or so hours when we would pick up a plastic bag full of our very own, fresh smelling, cleanly folded laundry. 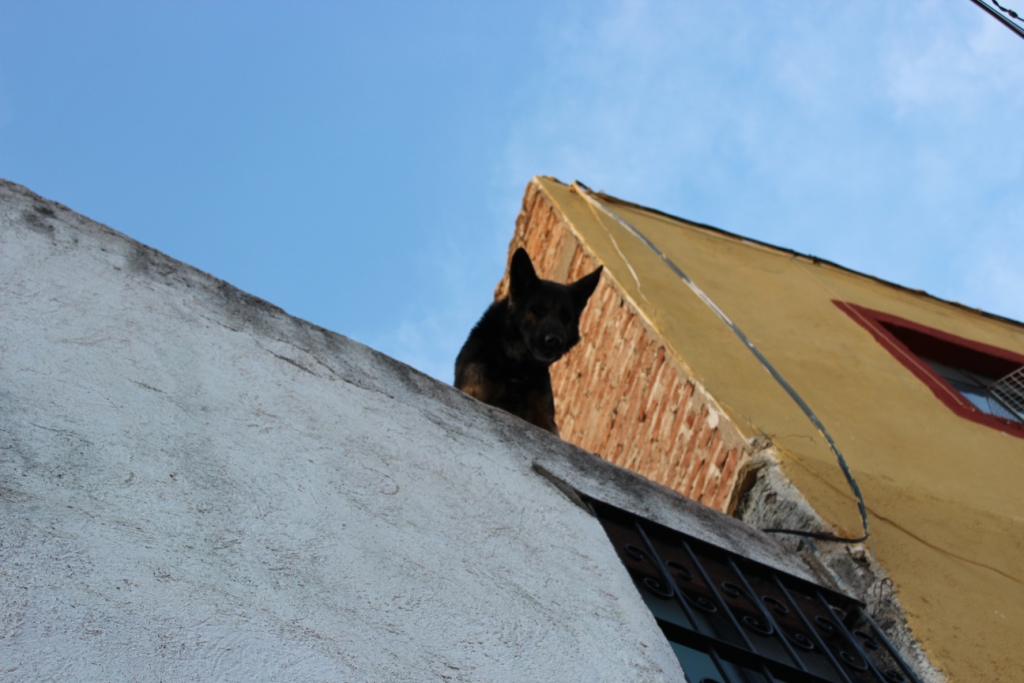 Canine culture in Latin America could surely be enough material for an entire book, and we won’t dive into that here, but suffice it to say there are lots and lots and lots of dogs in Mexico. Street dogs, wild dogs, pet dogs, not-really-sure-where-they-fit-into dogs. Guanajuato introduced us to a new category: roof dogs. There’s a good chance you’ve already figured out what they are. A roof dog lives on a roof. As far as we can tell, somewhere around half of the dogs in Guanajuato spend almost their entire lives on a roof or ledge. Roofs dogs come in all shapes, sizes, and colors, but their main purposes in life are two-fold:

That’s pretty much sums up roof dogs. Nothing fancy, but we had to tell you about them, as they were a constant fixture during our walks through Guanajuato. 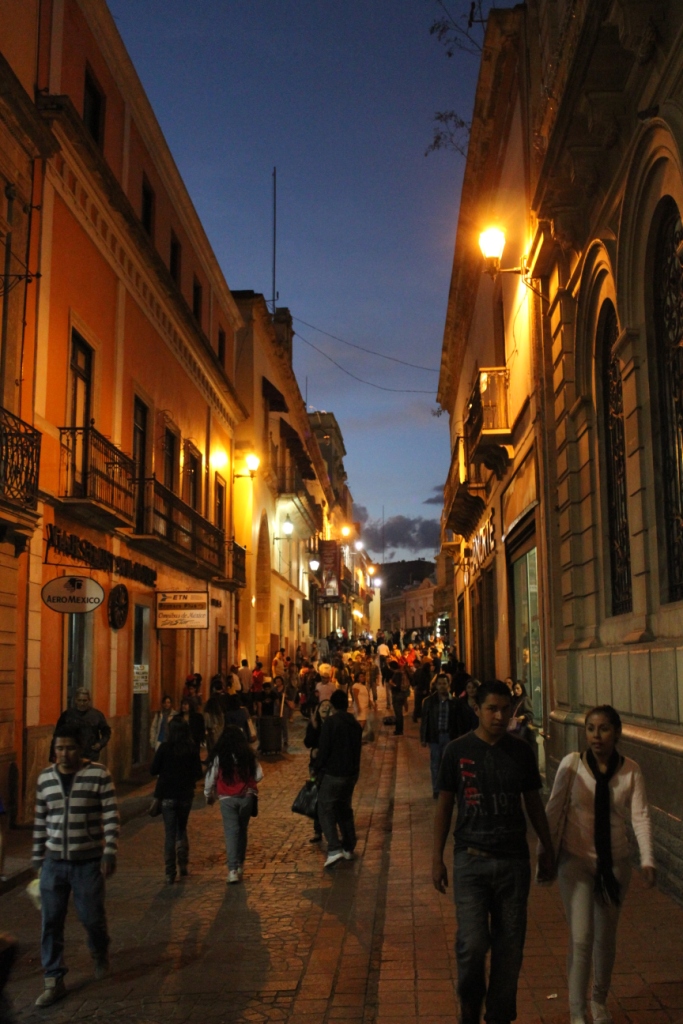 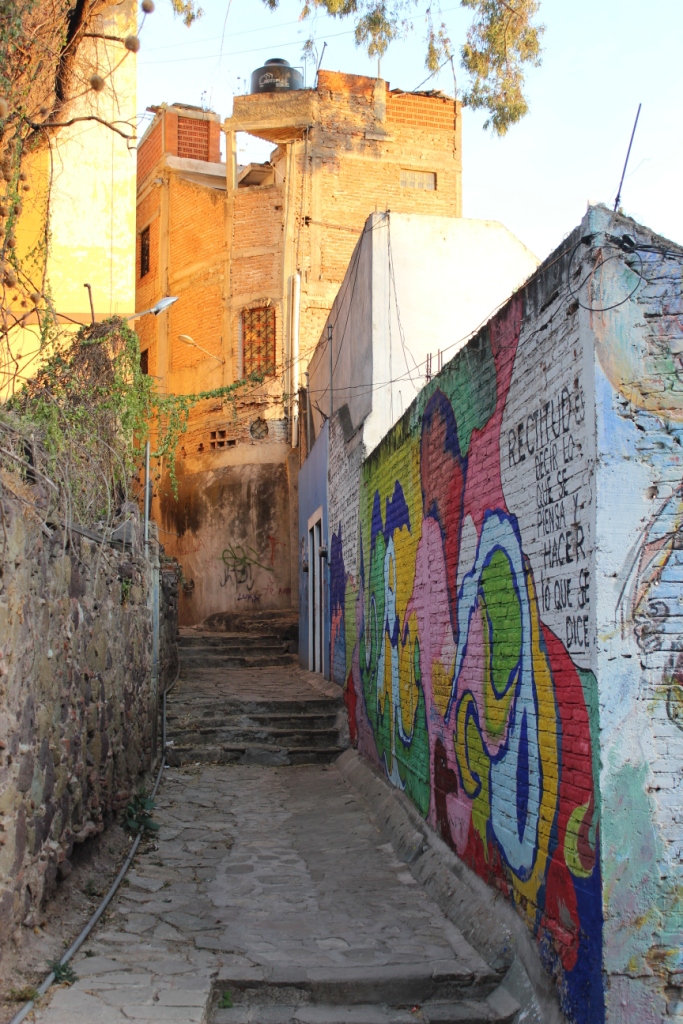 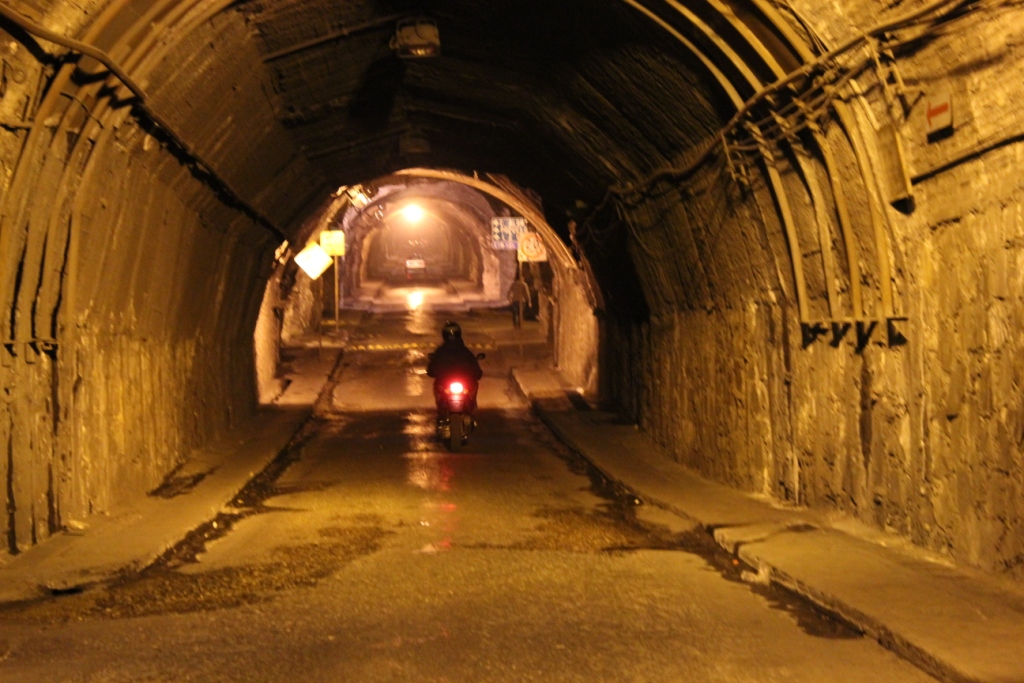