For the most part, it’s been a month without worries about basic elements of the city’s infrastructure. Tap water is drinkable, and internet speed is good. Power too has been decently reliable, but not entirely. On two afternoons this month, the power shut off and on both days, turned back on at around 6PM. We were largely unbothered by this aside from the small inconvenience of moving our office to the Starbucks on an unaffected block a few streets over for the day. Most of the neighborhood was powerless though, and we have since learned that this is not a rare occurrence in January. We are calling Buenos Aires home in the height of their summer. Some days the temperatures have soared into the upper 90s and felt even hotter. When all of the residents begin cranking up their A/Cs, the power grid runs low, and certain areas get the ax for the afternoon. We’ve heard and read that we’re lucky though and that some neighborhoods, mostly poor, have been without power for weeks. Additionally, the version of that story that we heard via the rumor mill included an assertion that a fair amount of money had been put into improving Buenos Aires’ power system in previous years and that fraudulent management meant most of that cash was now lining the pockets of a few choice individuals while the citizens suffer away with an insufficient framework. One evening, early in the month, we were walking home from the Subte station and saw a group blocking the main vein through our part of town with burning piles of trash and rocks. While we have grown used to these incidents, which take place often throughout Central and South America, it was a bit unexpected in the middle of very metropolitan Buenos Aires. The police stood by, but it seemed to be an accepted form of protest despite the tragic amount of traffic backed up. We were later told that this act was a response to the electricity issues in another part of town. I guess “the plight of the powerless” has more than one meaning here. 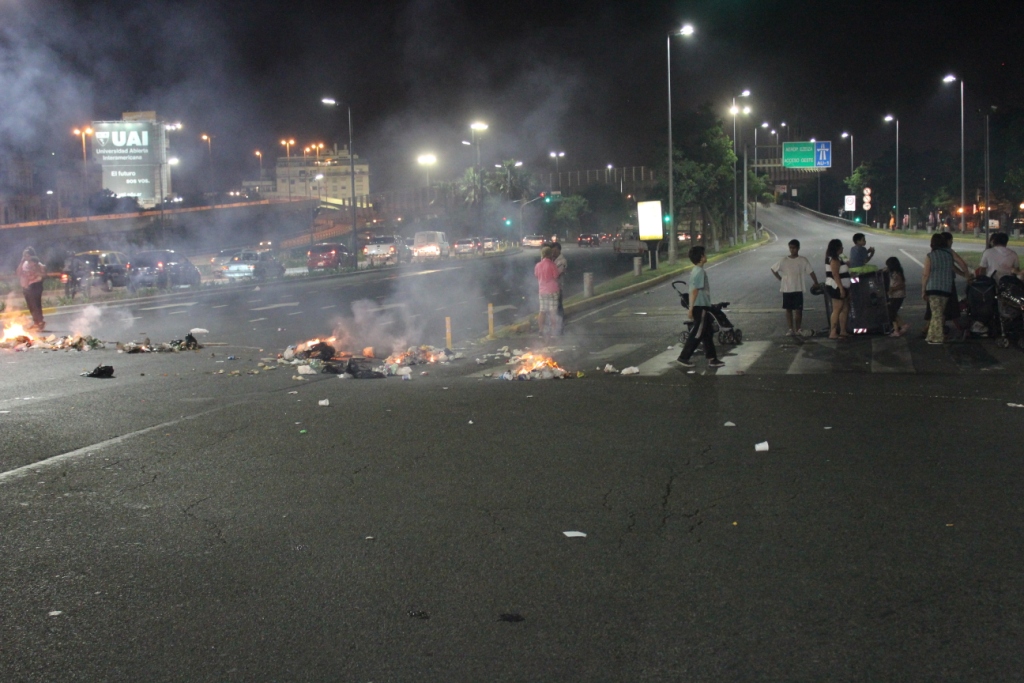 The San Telmo Market, which is known primarily for its funky antiques, houses half a dozen produce stands, all with beautiful spreads of delightfully colorful and pleasantly arranged fruits and veggies. Markets, being our typical favorite and most economical method of grocery shopping since we left the United States, was our first stop on week 1 in Buenos Aires. We quickly realized that we were going about things backwards though and so made the appropriate adjustments (or so we hope). We now buy our fruits and vegetables from one of the many small produce shops on the blocks surrounding our apartment (just a roll up door on a small street-facing room filled with boxes of produce) and pick up anything else that we need from the neighborhood grocery store two doors down or at its closest competition a block and a half a way. The selections aren’t as large as one would find at a big box grocer, but they are entirely sufficient and we enjoy knowing which products we like at which places and the daily walks to pick those items up. Highlights are cherry tomatoes, gorgeous red peppers, fresh baked bread, and $1 bottles of malbec. 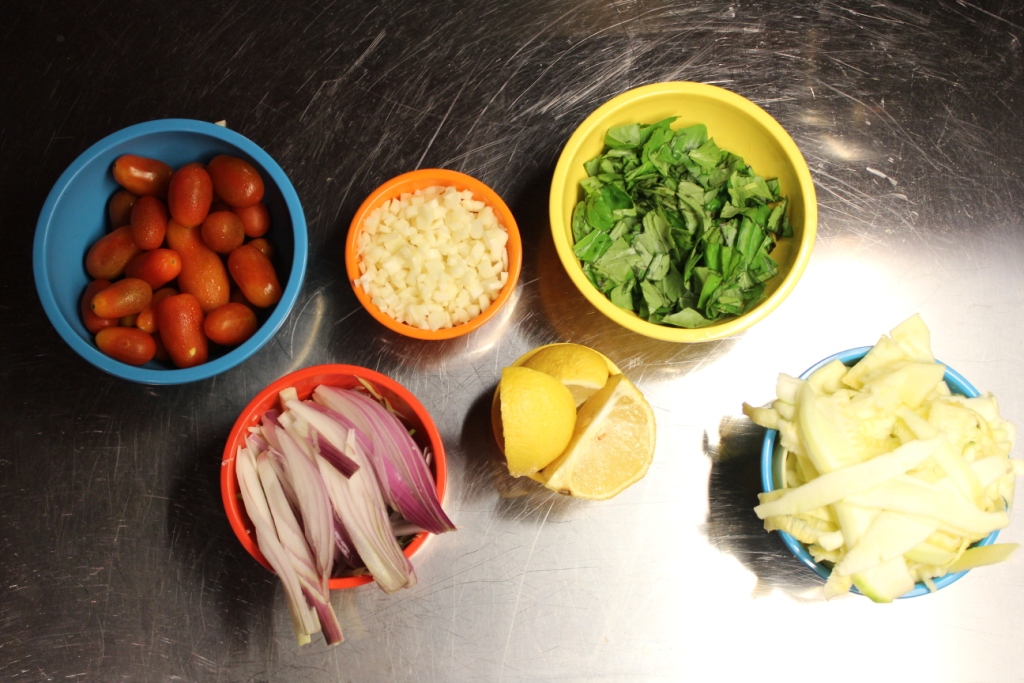 There were no arguments from us when we realized we had again entered a country in which we could drop off a bag of dirty laundry at a cleaner and pick up freshly washed, dried, and folded clothing later that afternoon. We’ve paid anywhere from $4-8 USD for our giant deliveries and have to do even less work than usual, because the place is directly across the street from our apartment.

We’ve done a lot of running in Buenos Aires. After four months of working out between 6,000 – 13,000 feet, running at sea level will make anyone feel like a gazelle. And that’s saying something, because in actuality, I run more like a rhino. Puerto Madero, a recently renewed waterfront district just 8 blocks east of our apartment, has been Ian’s go to workout venue, and based on all of the good looking people group stretching and sexy rollerblading in the area, he’s made a good choice. 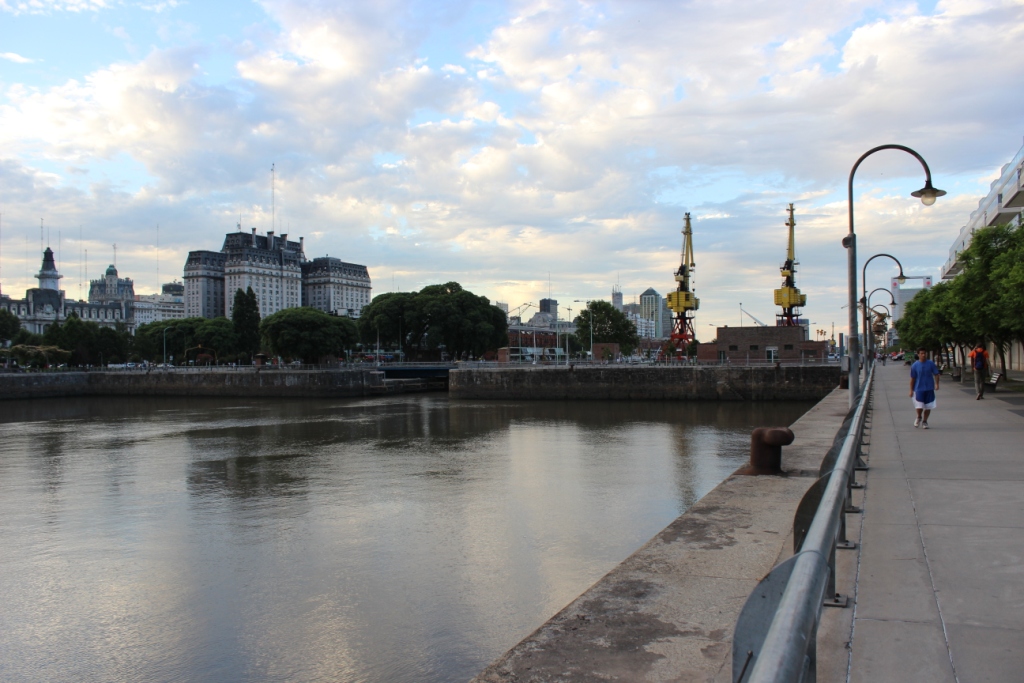 Street dogs are rare and leashed pets are common in Buenos Aires. It’s easy to take Maya and Olmec out, and there are many nearby parks where they can stretch their legs, including a few fenced in areas specifically available for off-leash play. As we prepare for upcoming border crossings into Chile and Uruguay, we’ve also made a trip to a vet in Recoleta recommended to us by the awesome host of our rental in Uruguay. In fact, that future host of ours (who is also a dog and travel loving location independent web guy) calls Buenos Aires home and is so incredible cool and kind that he joined us for our trip to the vet, quickly won the hearts of both of our pups, helped us to communicate our somewhat confusing needs to the doctor, and even scored us a discount by asking the right questions. Awesome.

For the second largest city in South America, we haven’t really found driving in Buenos Aires to be all that bad. We also haven’t had to do too much of it. There is a subway station just a couple of blocks from our place from which we can take a $.35 USD ride to just about anywhere we’ve wanted to go, and if that fails, buses are plentiful or even better, walking is easy and urban scenic. We’ve found our rides on the Subte to be delightful, sometimes full of sweaty strangers and other times refreshed by the cool, mechanical breeze one can only experience at full speed underground. Always though, it is a reminder that we are indeed in the big city, and it fits us.

We’ve also taken this time in Buenos Aires to give the CR-Van some love and attention. An oil change, control arm replacements, and after 35,000 miles in the last 18 months (and our first flat, which quite fortunately occurred in our parking garage), we replaced some tires too. 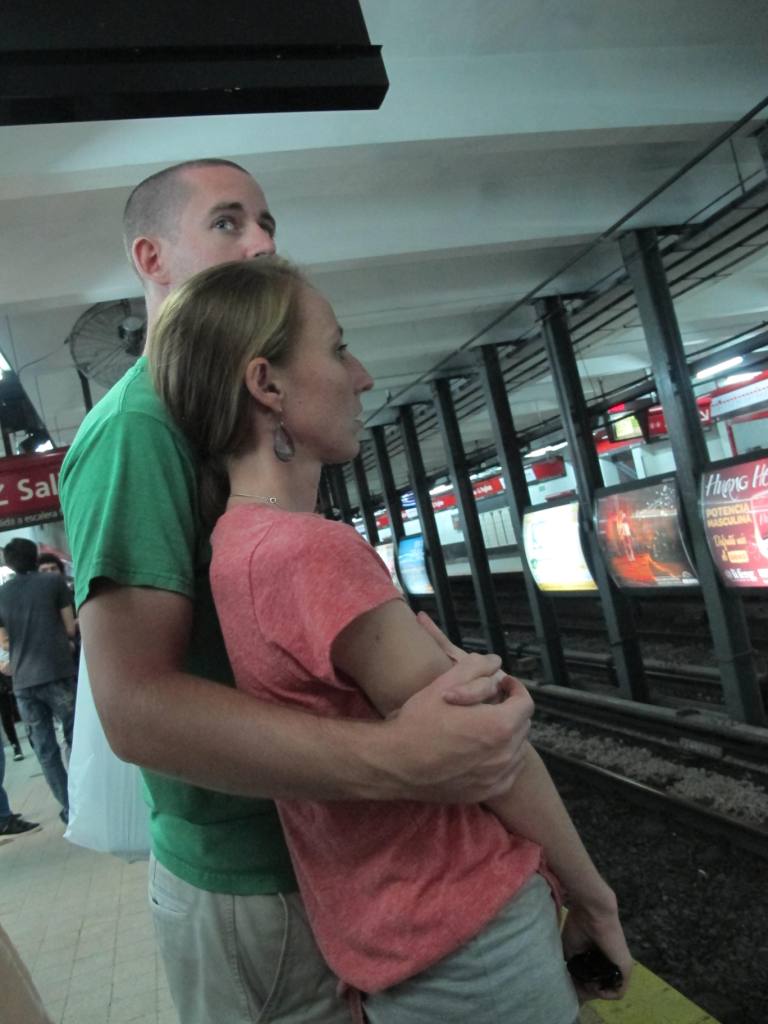 Waiting for our train in the Subte. Photo courtesy of Randy Kietzman.