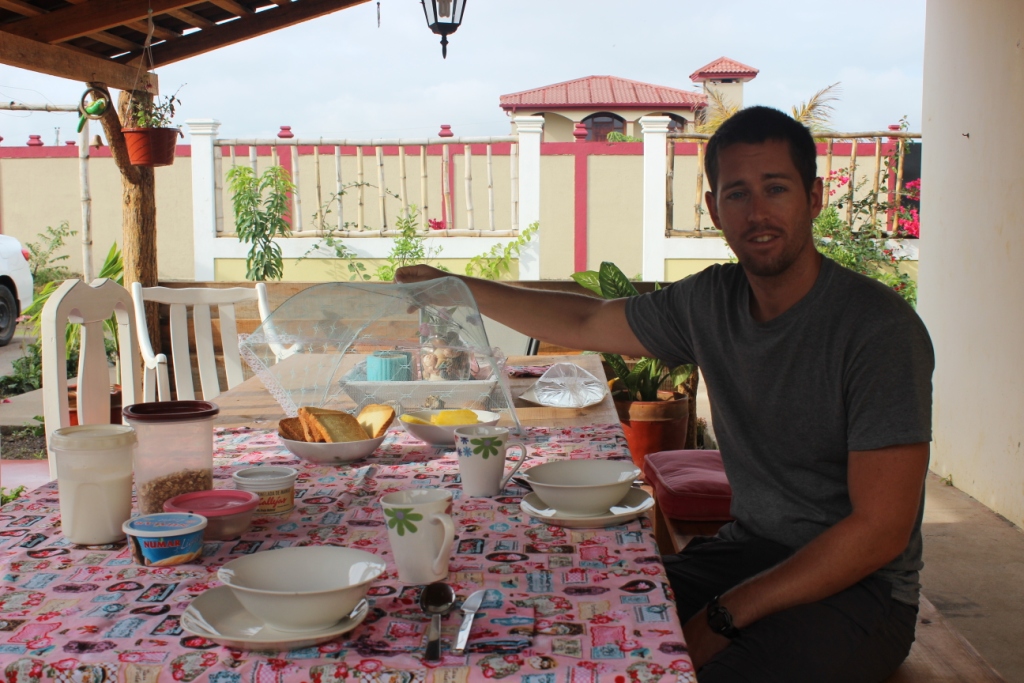 Our two day journey from La Ceiba, Honduras to San Juan del Sur on the Pacific side of Nicaragua included an overnight stopover in Estelí, a town of about 120,000 and the third largest town in Nicaragua. Sitting in the country’s northern highlands at around half a mile above sea level, Estelí’s climate is relatively cool and refreshing for the tropics. The land around Estelí is rich in agricultural production; coffee plantations, fruits, vegetables, grains, and dairy cattle dot the lush hillsides. After the Cuban Revolution in 1959, refugee cigar makers found the area perfect for tobacco cultivation, and Estelí has since grown into one of the most important cigar producing cities in the world, as was evidenced by the array of cigar factories and retail centers we saw just by driving through town. During the Sandinista revolution of 1978-79, Estelí saw intense fighting. The city was heavily bombed and thousands of citizens were killed; a large number of these were from a generation just coming of age and suspected of being part of the insurrection. Though almost entirely rebuilt, bullet holes can still be found in many of Estelí’s buildings. The city itself may be somewhat lacking in traditional tourist sites, but there are several natural reserves located in the vicinity, and the centro is a buzzing yet relaxed and authentic place to wander (or grab some pizza and Toña!).

Around two hours south of our border crossing at Los Manos-El Paraiso, we pulled in at dusk, pleasantly greeted by a cool and dry mountain air that we knew would all too fleetingly disappear into our rearview mirrors the next day. Our destination for the evening was Villa Riviera, a B&B in the home of Esther, our Dutch hostess. Esther had given us impeccable directions to her place and was there to greet us (Side note: Had she needed to, in addition to our English directions Esther could have given them to us in Spanish, German, or her native Dutch. I’m still pretty pissed at the American education system about this one. Everywhere we go we meet travelers who speak Spanish, English, and whatever their first language is.) Her place was (and I’m not sure if I’ve ever used the following combination of words in a non-sarcastic manner before now) super cute. It could be exactly what you might picture a Dutch owned house in the Nicaraguan highlands to look like; white and wood-stained furniture, punctuations of color and flowers and fun, and all set against a backdrop of yellow paint, white trim, and tan tiles. It was quiet and cozy, and they had a fully stocked kitchen on the honor system with prices and a tin for payment. Breakfast the next morning was superb (muesli, homemade yogurt, toast, fresh pineapple, and dark coffee), and long before we were ready it was time to hit the road again. 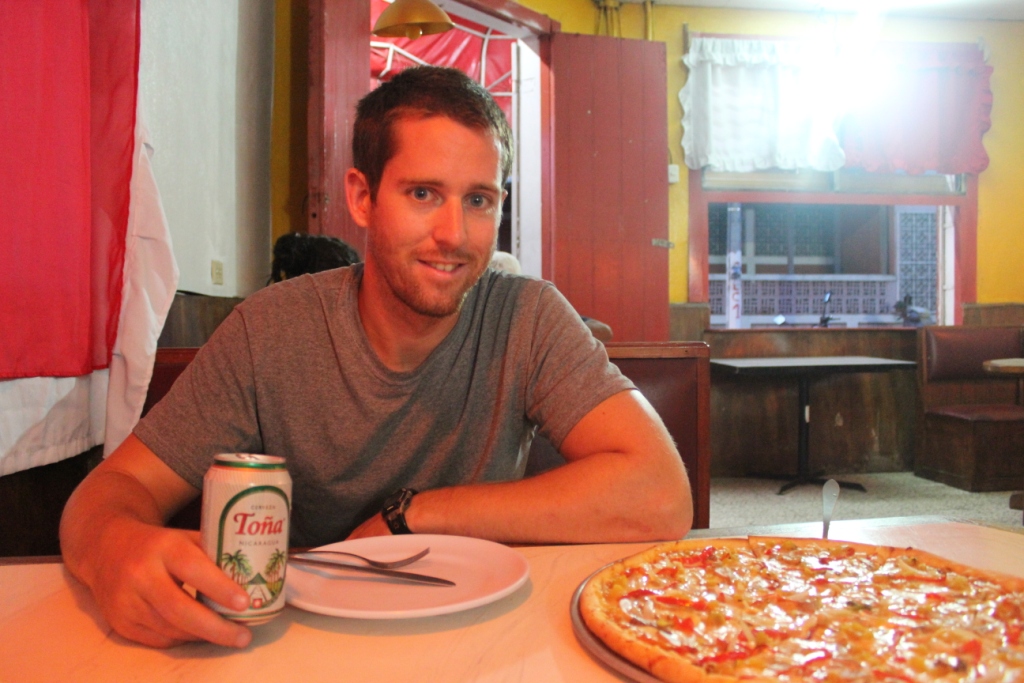 Pizza and Toña in Estelí 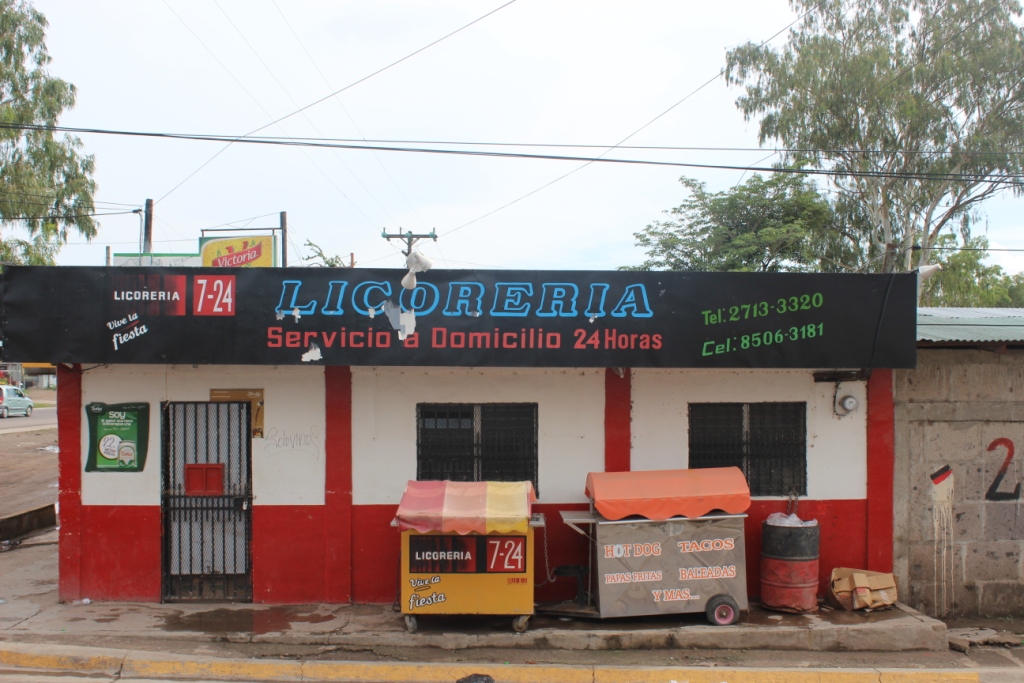 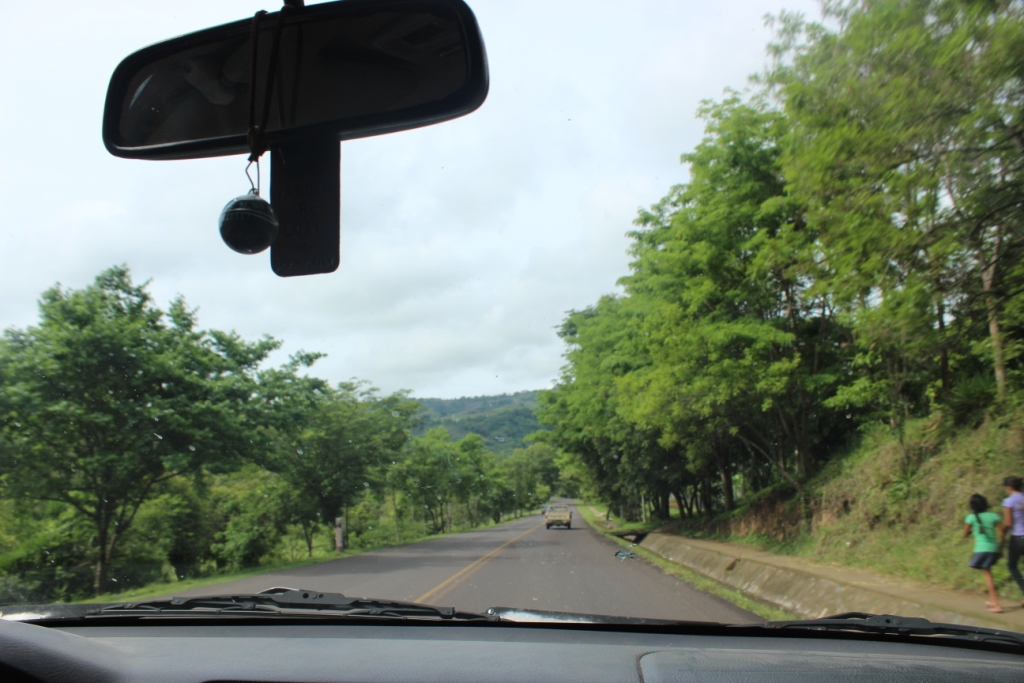