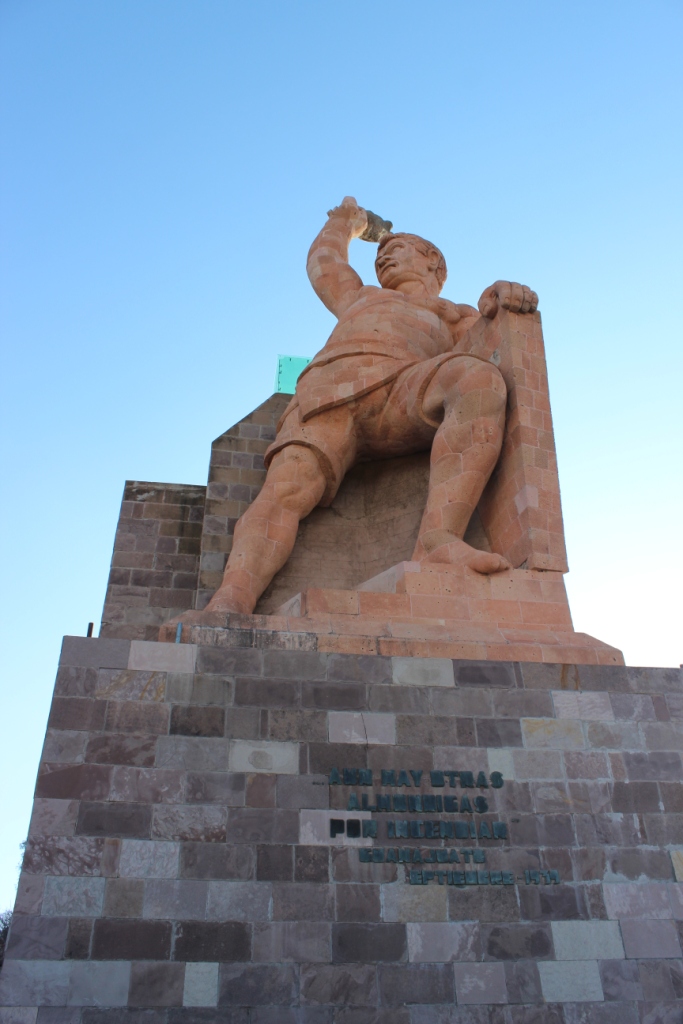 As noted previously, El Pípila is Guanajuato’s favorite son. Born as Juan Jóse de los Reyes Martínez Amaro in 1782, his nickname is a Mexican Spanish word for turkey. According to lore, this arose either as a reference to his freckled face or to his laugh, which apparently sounded something like a turkey’s gobble. An exceptionally strong miner, Pípila secured his place in national history on September 28, 1810, during the opening days of the Mexican War of Independence. With a long flat stone tied to his back for protection from musket fire, Pípila managed to carry fuel and a torch all the way to the wooden door of the fortress-like Alhóndiga de Granaditas in Guanajuato, where Spanish forces has barricaded themselves, and lit it ablaze, affording the insurgent forces a way inside after three long days of little progress.

Today, his image lives on quite prominently in Guanajuato. High on a hill overlooking the city stands a monument to Pípila. Completed in 1939, the stone statue depicts the muscular man, torch aloft, charging forward. If the monument itself wasn’t enough to draw you up the hill, surrounding the base of the statue is a cobblestone plaza and an overlook with amazing panoramic vistas of the city.

Click on this picture to see the full-size version.

Let us say, for a moment, that the statue sounds nice and the view sounds nicer, but traipsing up yet another stone-stepped callejon to get there isn’t really floating your boat. You are in luck! Enter El Funicular, a cutting edge nineteenth century method of transportation. El Funicular is basically a short cable-car line. Two parallel trams carry up to a dozen or so visitors about a hundred meters up (with the option of coming down) a 42% grade, for 15 pesos ($1.20 USD) each way. In our experience, the trip up seems to be much more popular than the trip down, as one might expect. If the walk is the only thing keeping you from heading to see El Pípila, the funicular is a must; even if you’d be inclined to make the hike yourself, the experience is worth the (admittedly low) cost. 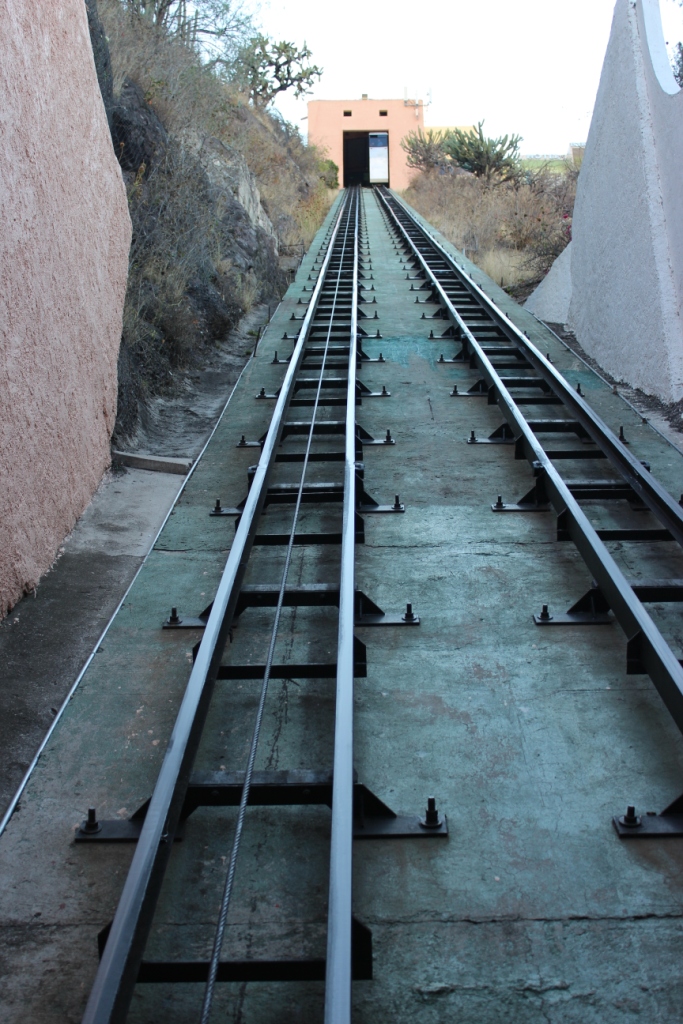 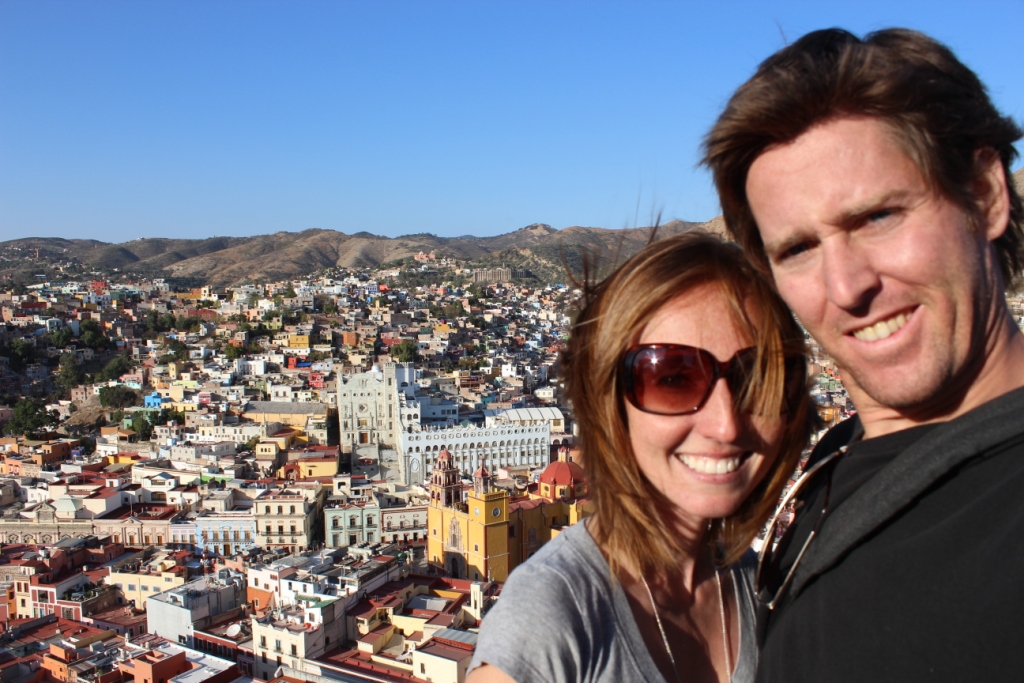 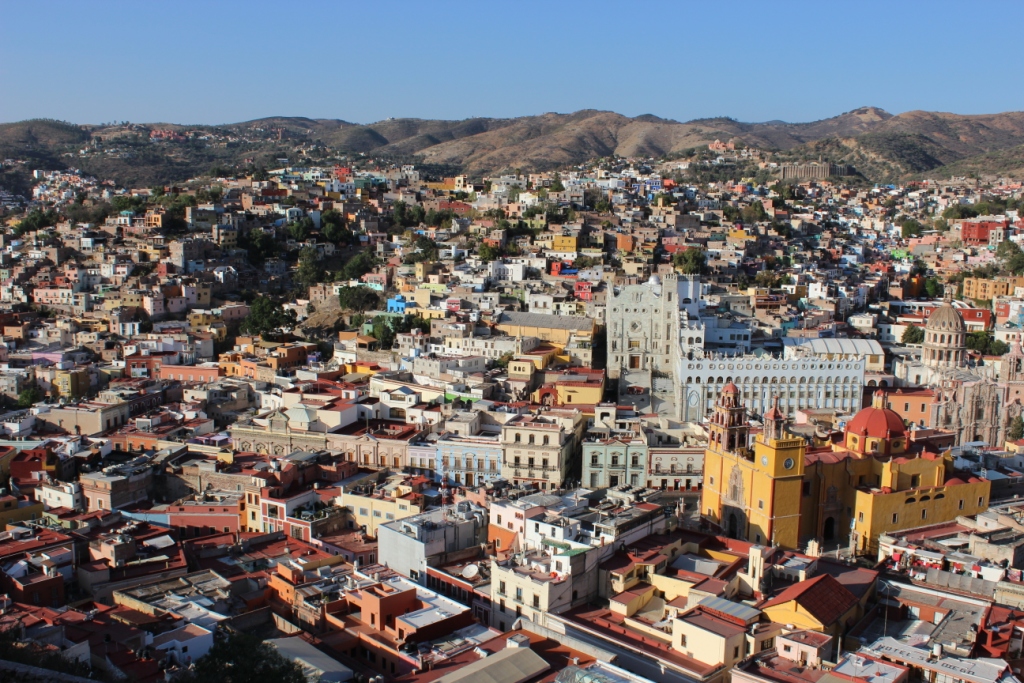 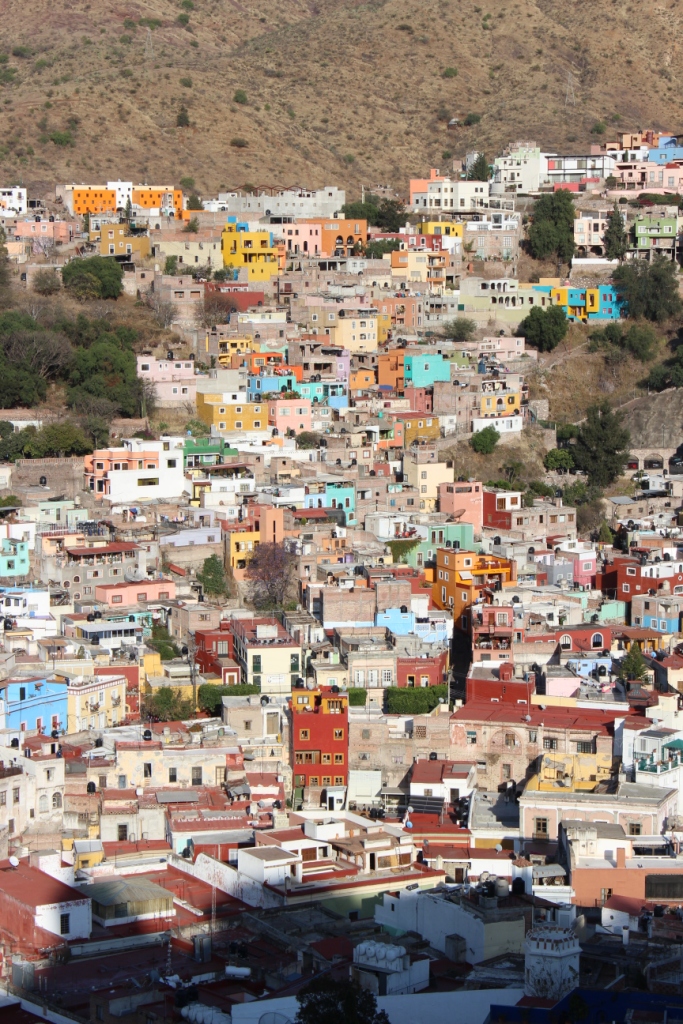