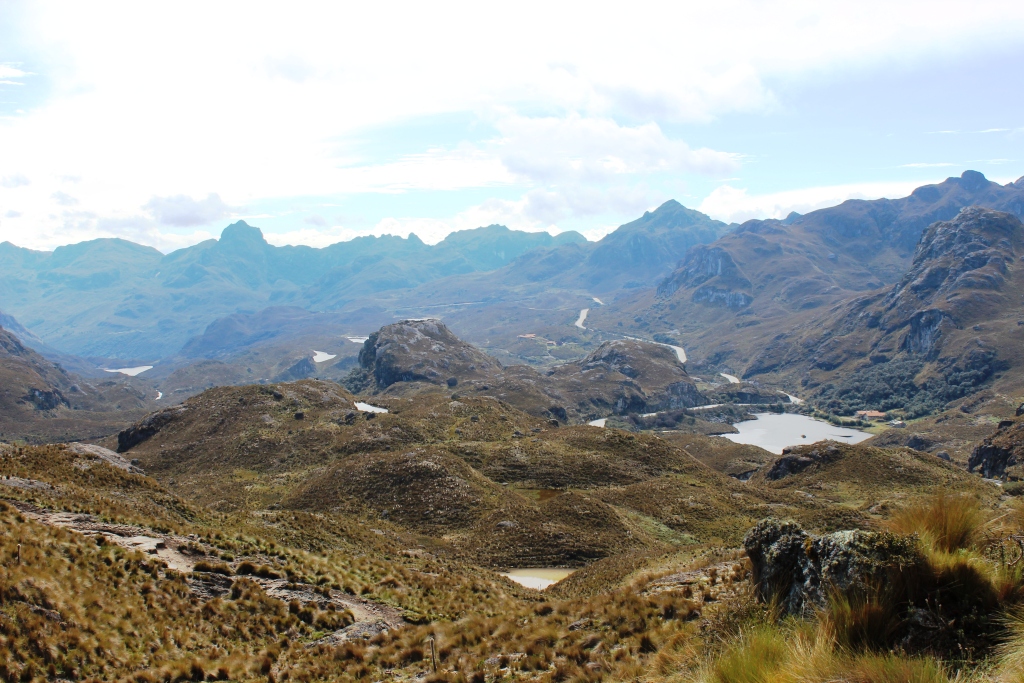 About 20 miles west of Cuenca on the highway to Guayaquil lies El Cajas National Park. Originally established as a National Recreation Area in 1977, it was promoted to a National Park in 1996. The origin of the name El Cajas for this jagged highland area is not entirely clear; alternate explanations link it to the Quichua caxa (“cold”) or the Spanish cajas (“boxes” — perhaps describing the shape of the valleys that hold in the park’s 235 lakes). Located between 10,000 and 14,600 feet above sea level, El Cajas’ mountains and valleys are home to an alpine tundra grassland ecosystem interspersed with the occasional section of quinua trees. The park’s most famous animal residents include the Andean condor (with its 10+ foot wingspan), the largest hummingbird in the world, wawa grande, and the llama, which has been recently reintroduced. Climate-wise, El Cajas can be a dream or a punishing place; it may hit 70 degrees and sunny in the late morning or early afternoon before being pounded by drizzle or snowfall and strong winds in about the amount of time it takes the thick fog to roll in. On many occasions, visitors unprepared for the often sudden weather changes have become disoriented and required rescuing. Prior to partaking in activities in the park (which include rock climbing, bird-watching, fishing, mountain biking, backpacking, and day-hiking), visitors are required to register at a checkpoint or visitors’ center, pick up a map, and pay the park entrance fee ($10 for foreigners).

We consulted several different online resources in planning our day trip to El Cajas, if you are interested in learning more. They include: 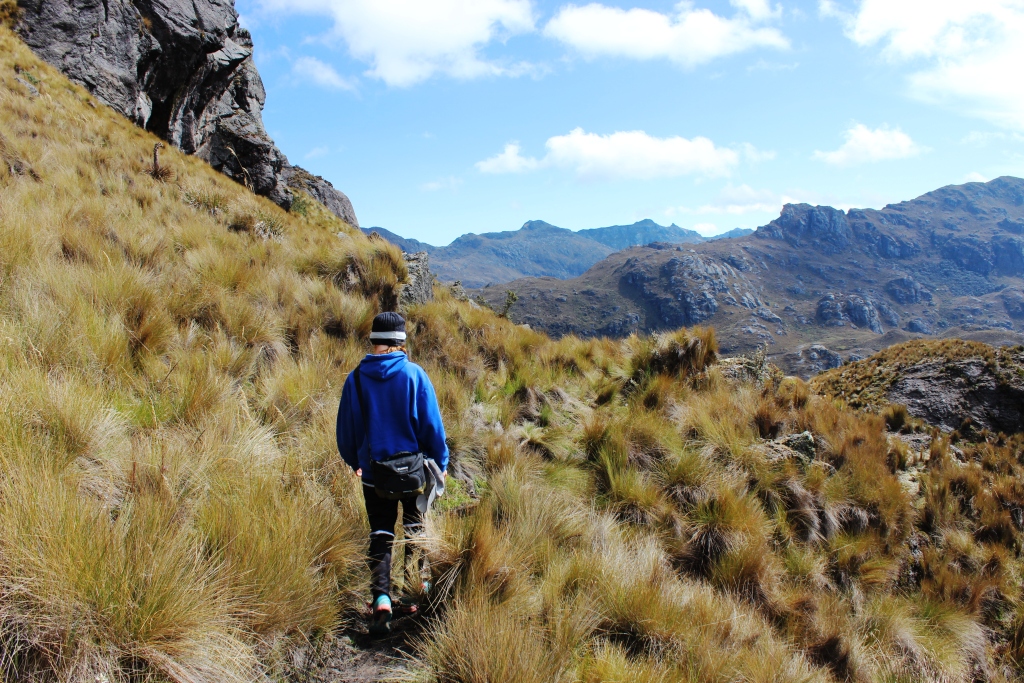 We left Cuenca on a Wednesday morning to make the 45 minute drive east and upward to the park. Passing through the first park checkpoint they told us to continue on to the next one to pay our entrance fee. The trail we were looking for, however, happened to be before we made it to the next checkpoint, so we haphazardly decided not to register and see if we could get away with not paying the fee. Without a map, we climbed and descended for a few hours before we decided the trail we were on probably wasn’t a loop; the highway was in sight on the horizon, however, so we figured we could just shoot for that and find a ride back up the road to the car. Eventually our trail ran within a few hundred yards of the road, at which point we bushwhacked our way towards what looked like a small parking lot. When we got there we were greeted by a small herd of llamas, as well as a tour van waiting on his clients who agreed to drive us back to the CR-Van for $3.00. Success. The only way to cap off this morning was with a hot bowl of wawa namnam. 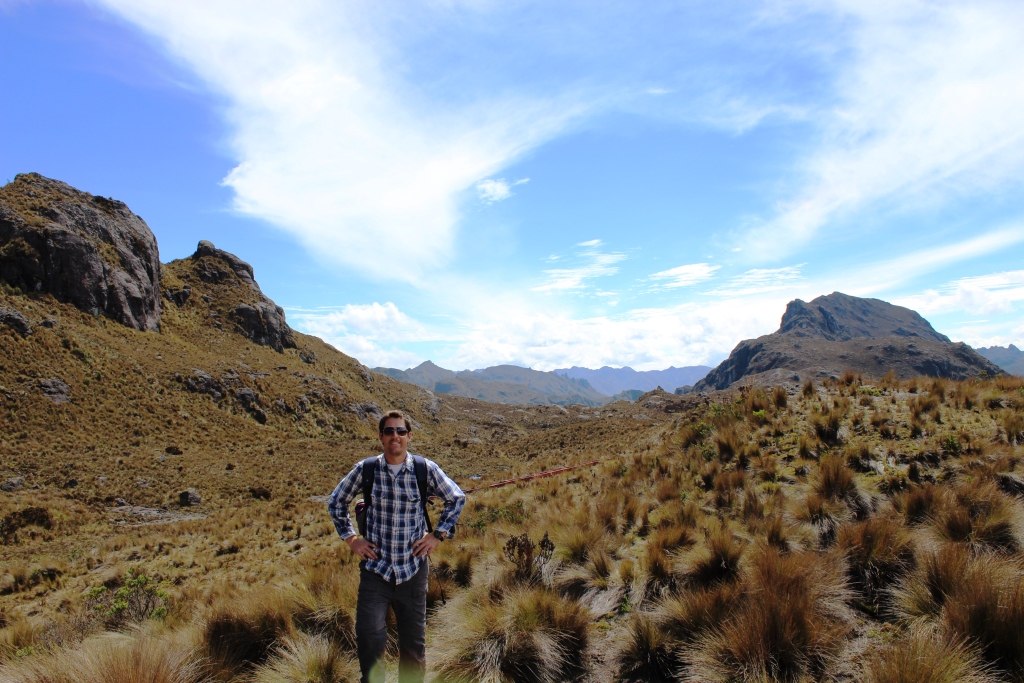 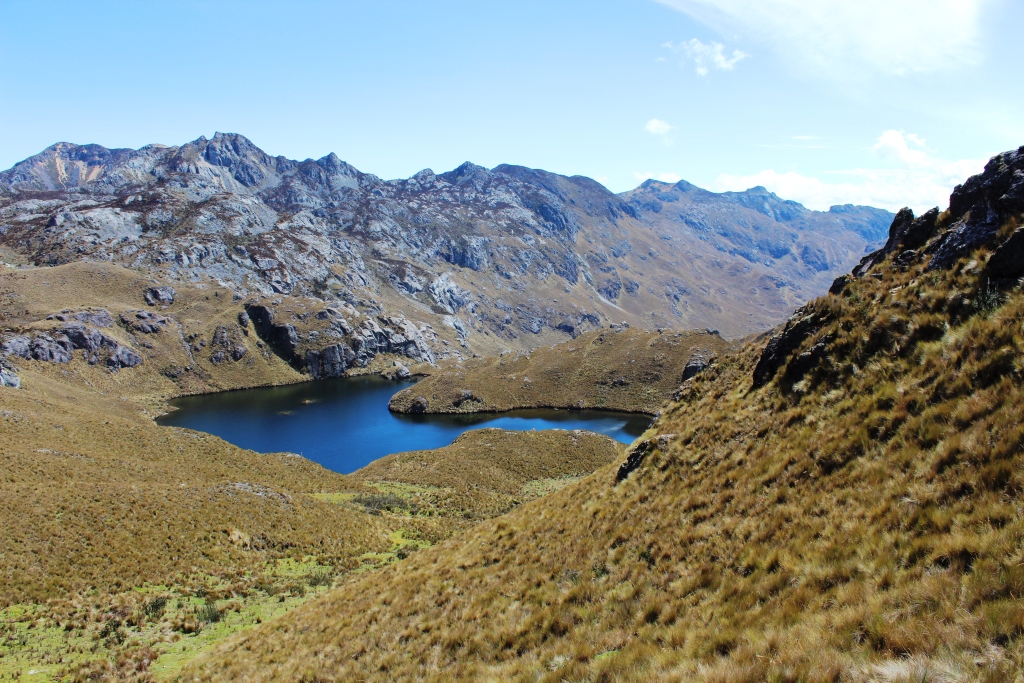 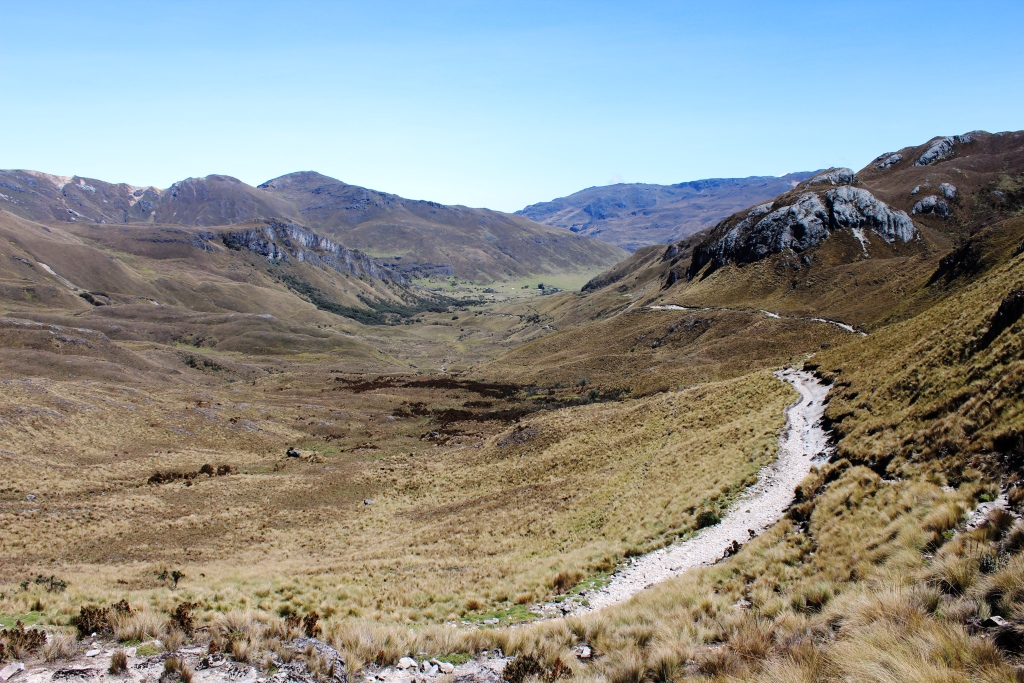 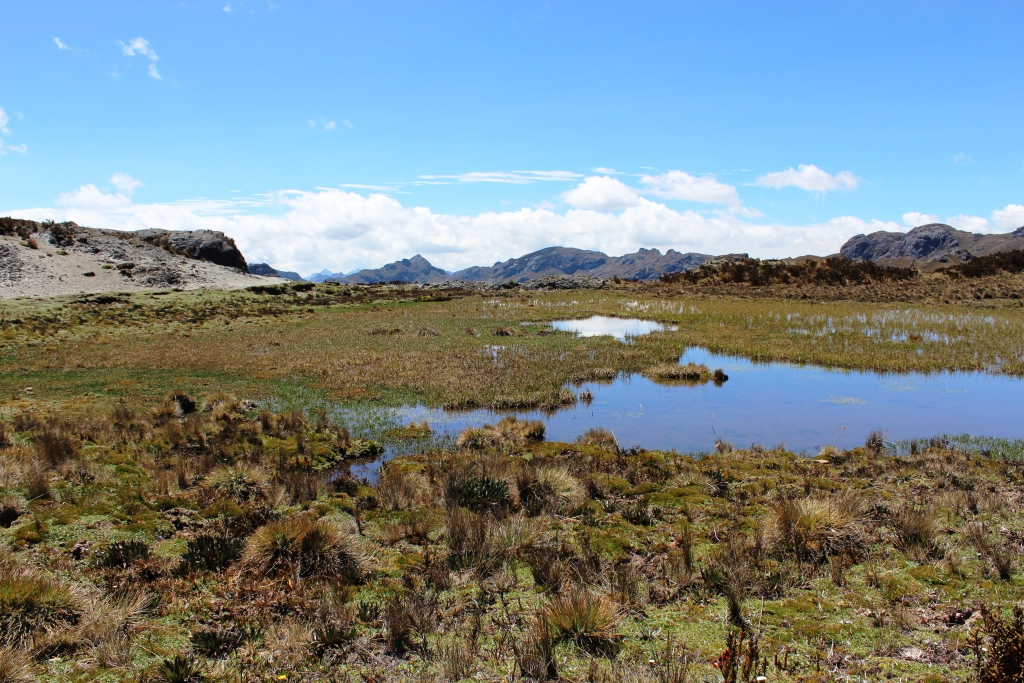 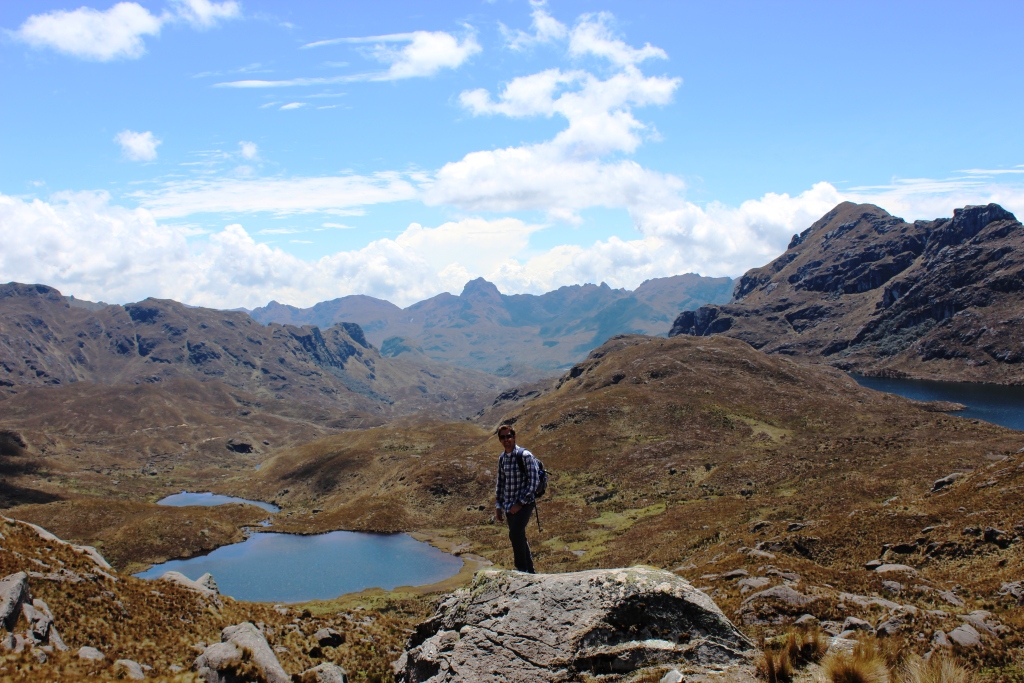 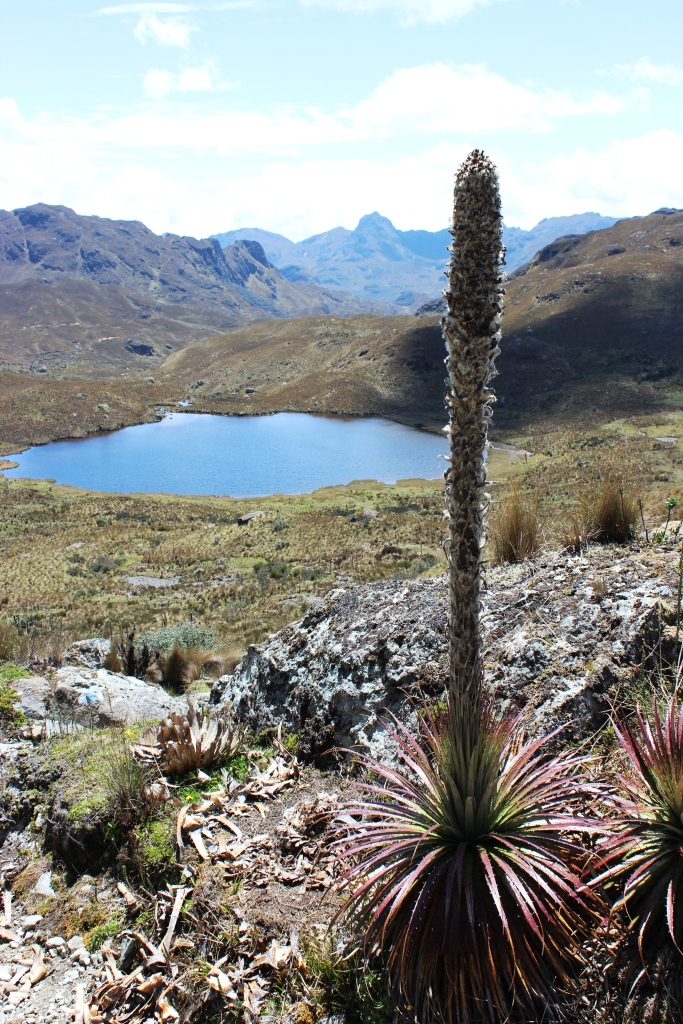 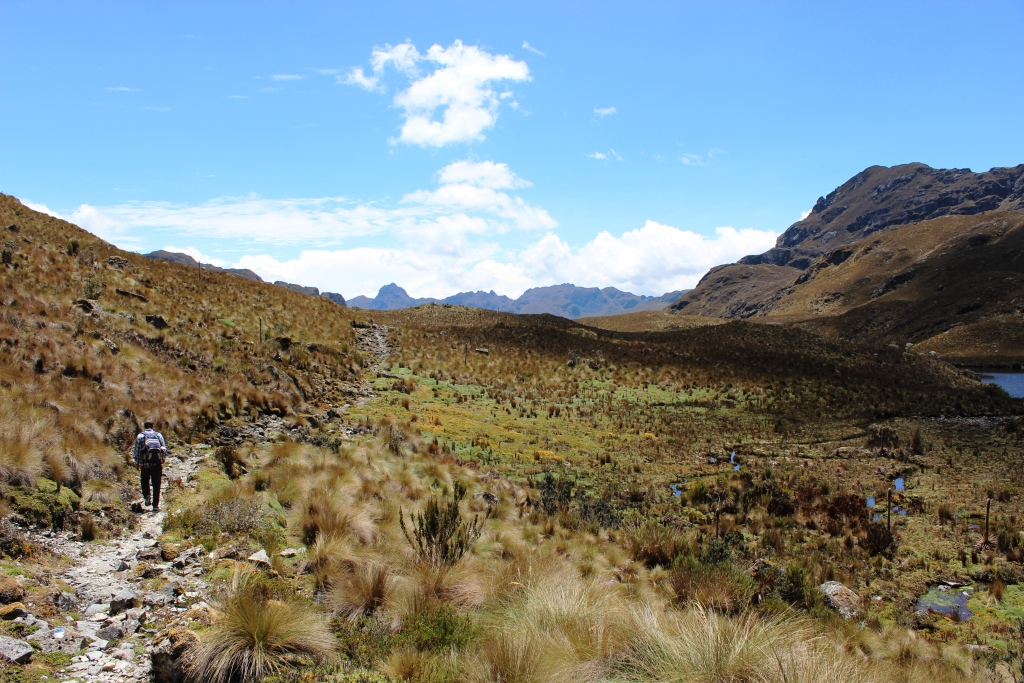 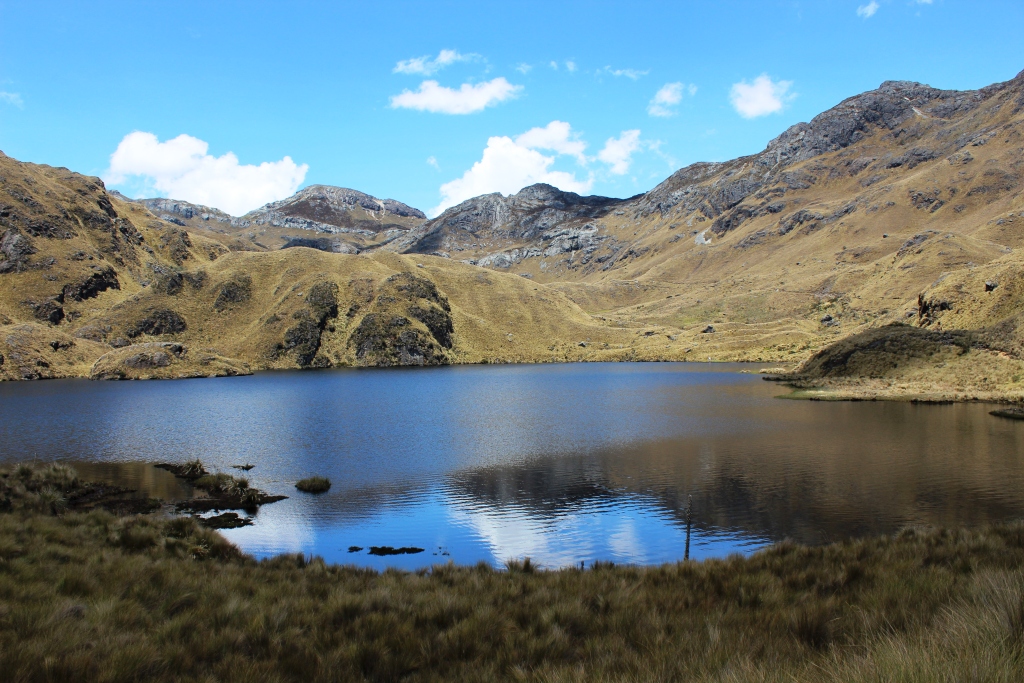 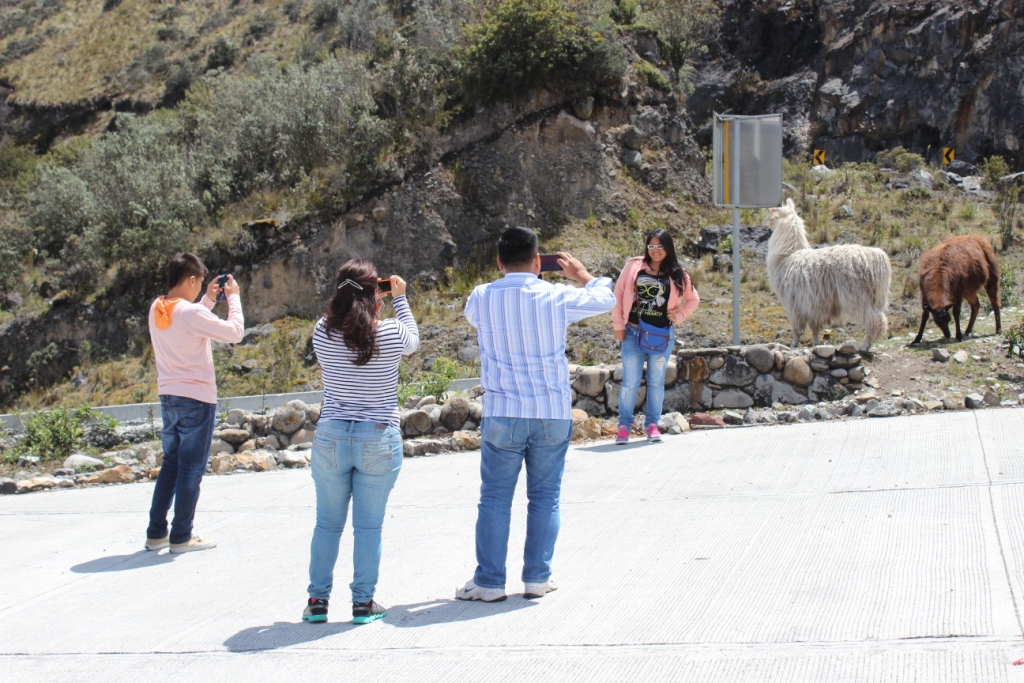 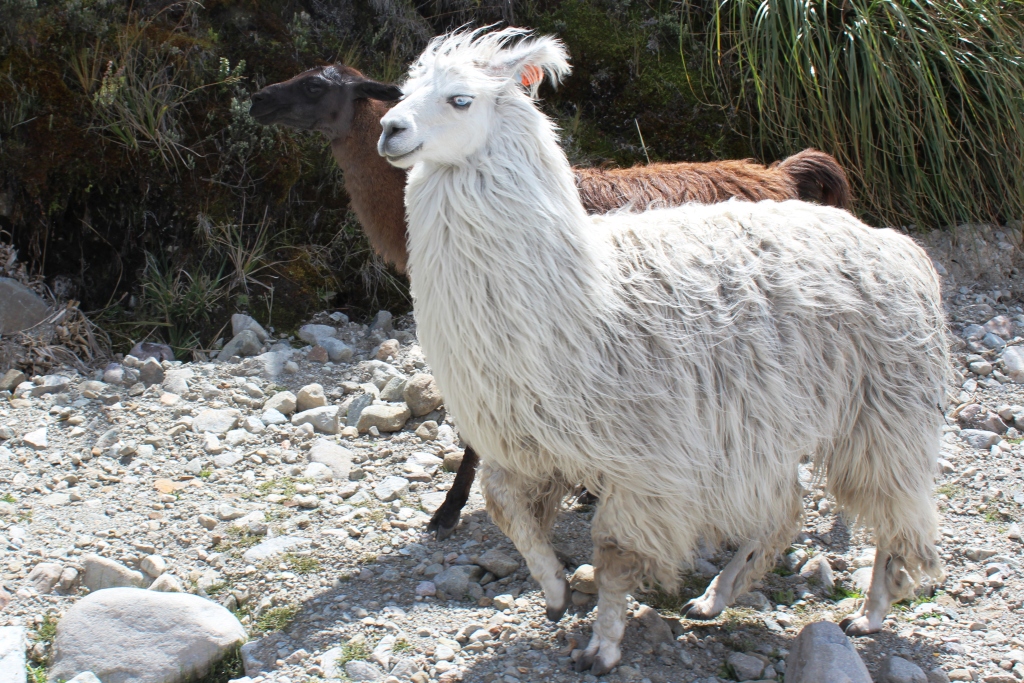