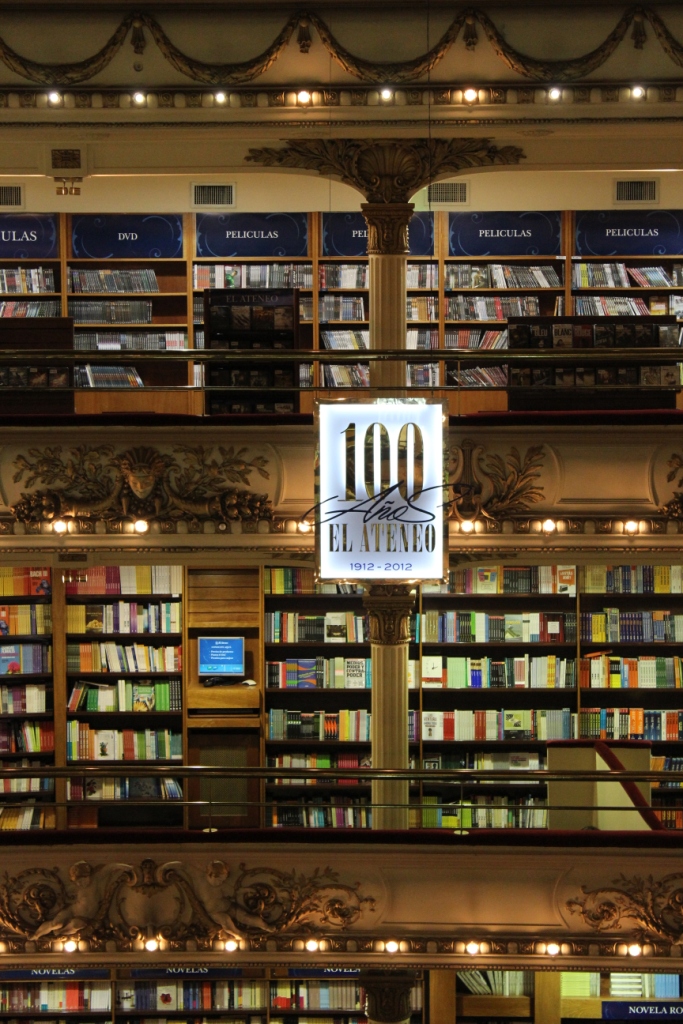 In 1903, a Teatro Nacional opened at 1860 Santa Fe in Buenos Aires’ Barrio Norte. It offered over 900 seats and for almost 100 years, presented a variety of arts – performance, film, and otherwise. In 1919, it was purchased and remodeled by Austrian born Max Glucksmann, a music industry man in Argentina, who expanded the building adding balconies, air conditioning, heat, and other renovations before renaming the theater the Teatro Gran Splendid. In 1923, he began hosting radio broadcasts from the location, and in the late 1920s, the space was converted to a cinema. In 1929, Argentina’s first sound film was shown in the theater. In the 60s, it was converted back to a performance theater and in the 70s, again to a cinema where movies played at the Grand Splendid until, in 2000, a lease was signed for the space, and the last film lit up the screens in the historic building. Interestingly, the last movie shown was Sam Mendes’ American Beauty.

That lease was taken on by an almost equally well-established organization, a publishing and bookselling company that launched an enormous remodel in which, while keeping and even refurbishing most of the main elements of the theater, they removed all of its seats and replaced them with shelves. Bookshelves, to be exact.

And that is how Argentina’s best known bookstore, El Ateneo Grand Splendid, came to be. Millions of visitors have walked through its doors in the last decade to marvel at its magnificence, peruse its expansive selection, gaze upwards at the Italian painted dome, or sip on a coffee in the cafe where the stage used to be. We joined that group of visitors last week. When Ian first showed me pictures of the store a couple of months ago, I responded like Belle when the beast gives her a library. On the Wednesday that we actually walked through the doors though, a sense of calmness set in. The place was abuzz with shoppers, readers, and book-lovers, but all I could do was stare. It was truly fantastic. It was truly grand and splendid. 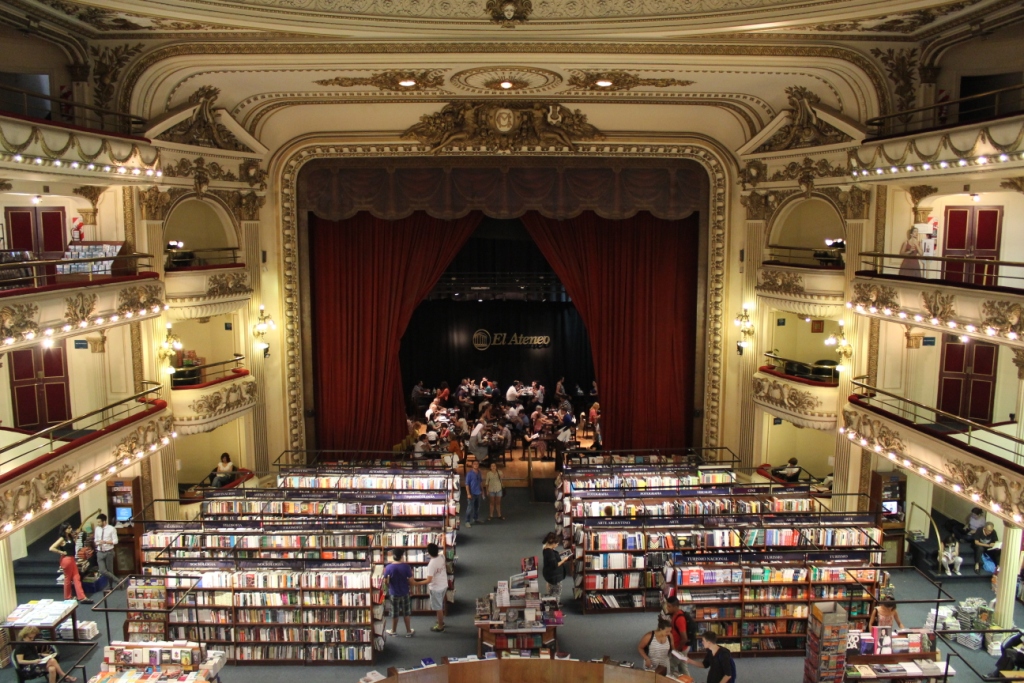 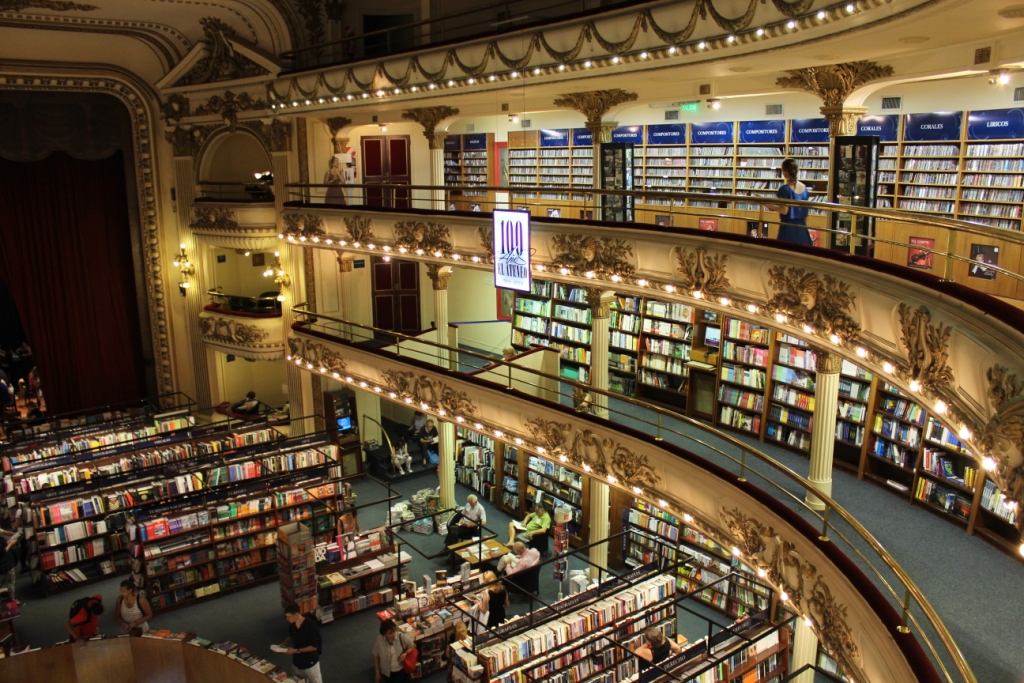 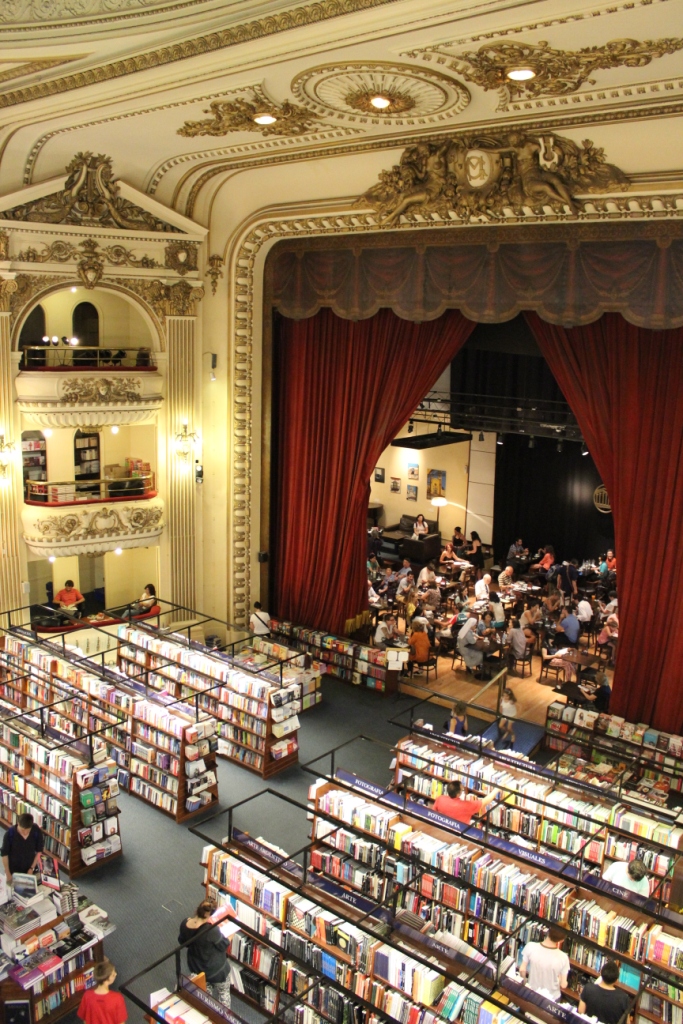 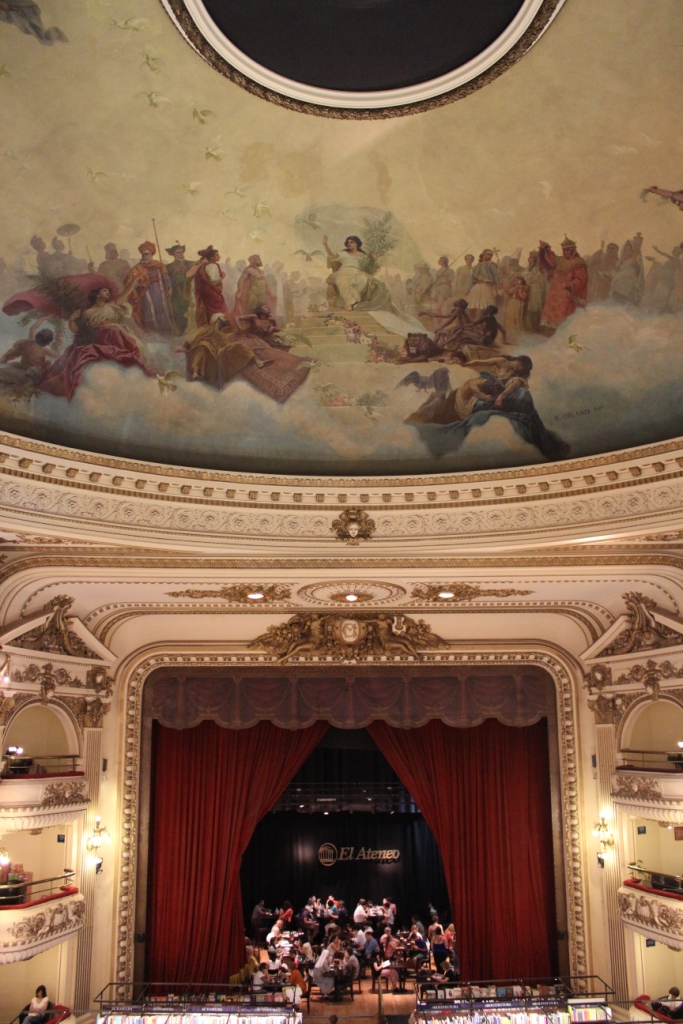 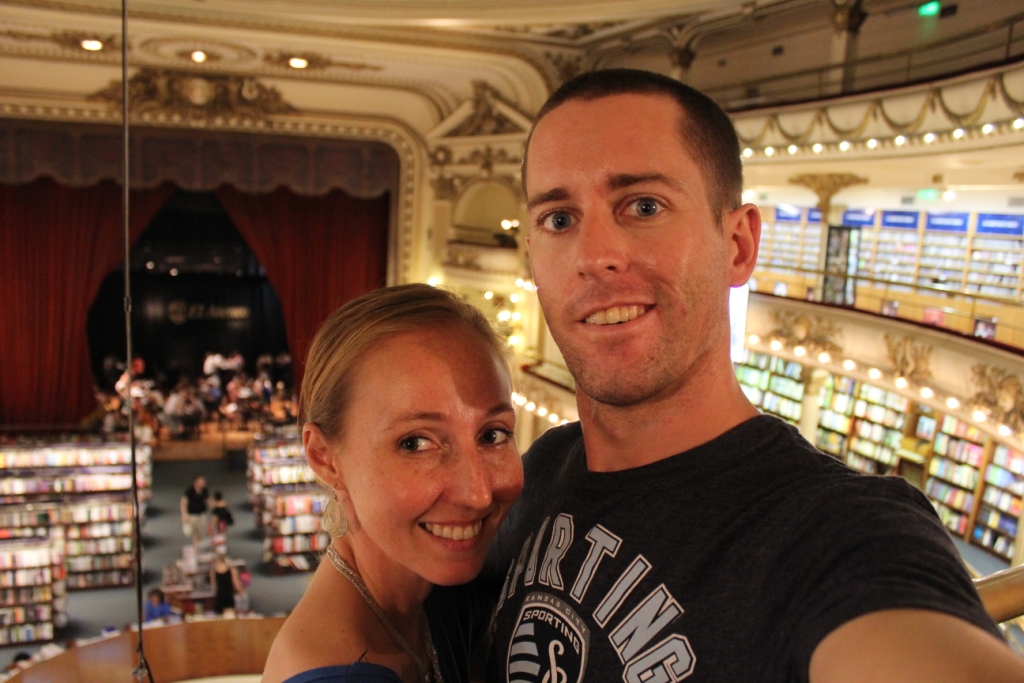