November 25th, 2012 | Posted by Brianna in The Places We've Been | United States

Two weeks ago we drove down the Pacific Coast from Florence, Oregon to Eureka, California along US Highway 101 with a stop in the Redwoods on our way to San Francisco. Though Google maps recommends I-5 as the fastest route, we opted for the scenic option and headed south with large conifers towering above us on both sides of the road. It rained as we passed from one small Oregon town to the next. Soon the flora to our right began to thin out, eventually leaving gaping holes through which the ocean view leapt through and then disappearing completely so that we could cruise along in awe at our uninhibited and ongoing vista. The water was dotted with enormous rock formations resembling napping dinosaurs unaffected by the waves, crashing and rolling. The road then wound back into woods with the trees growing taller and taller, passing directly through the National and State Redwood Parks before teasingly veering between forest and ocean until the sun finally set for the evening, taking our very memorable views with it. 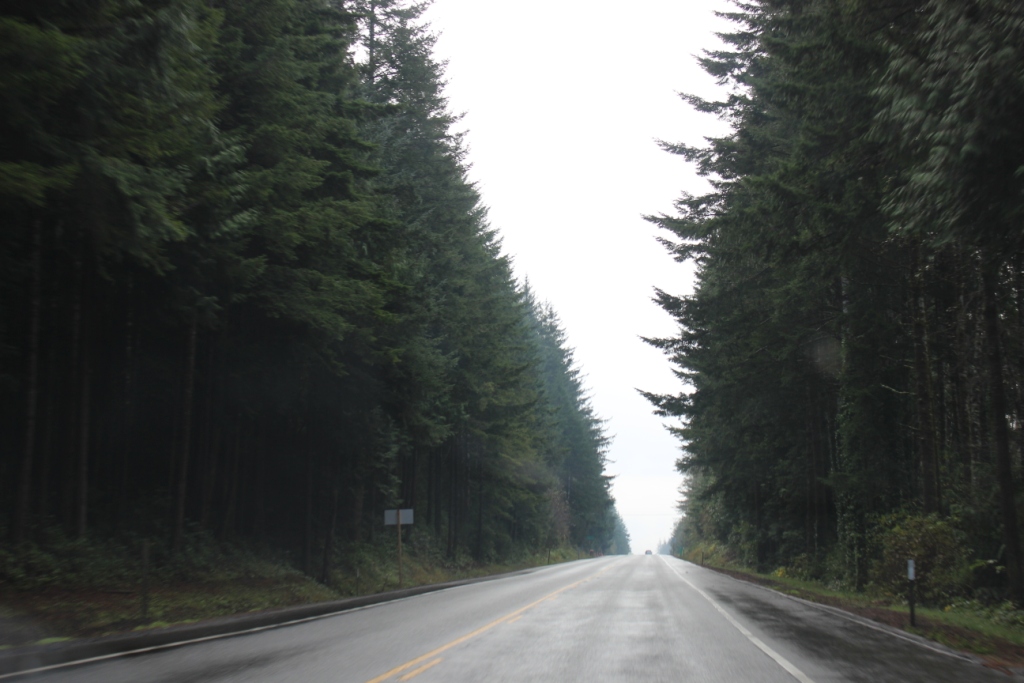 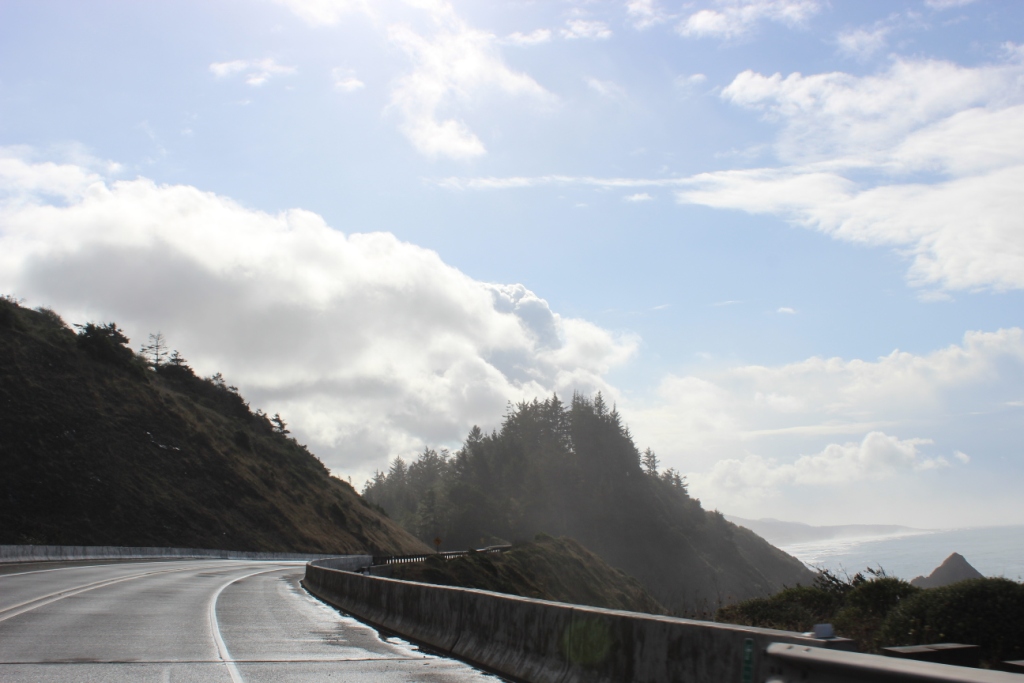 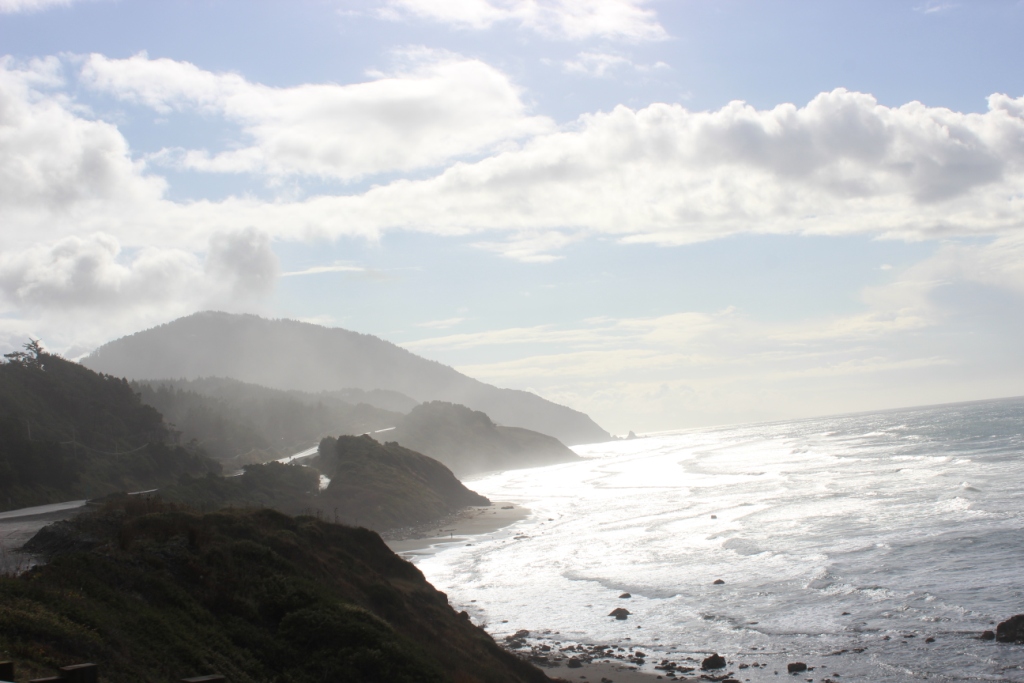 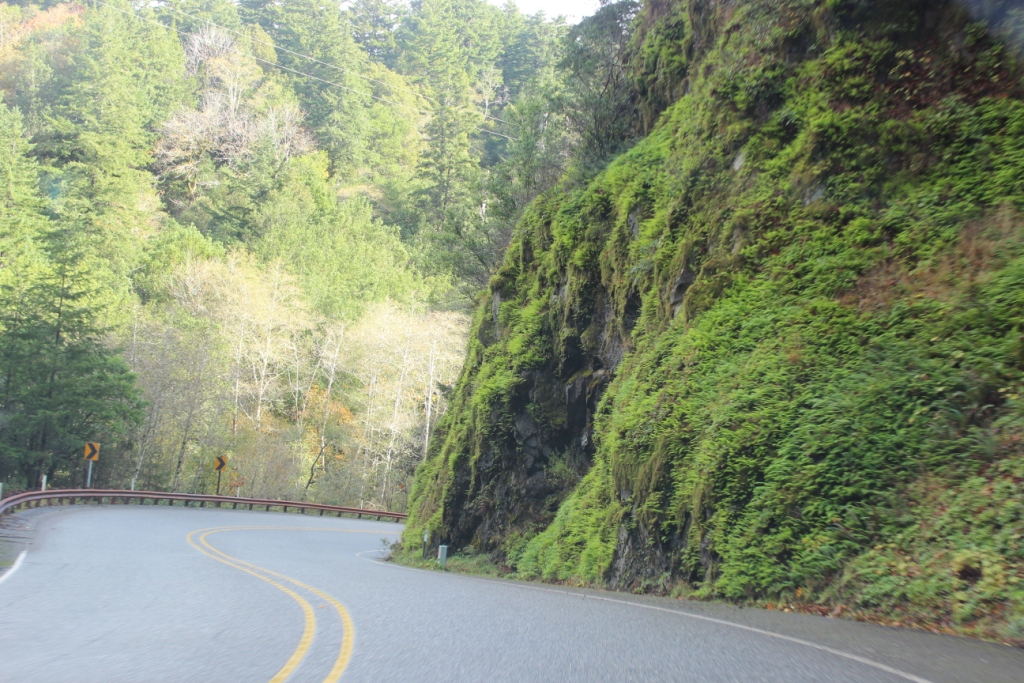 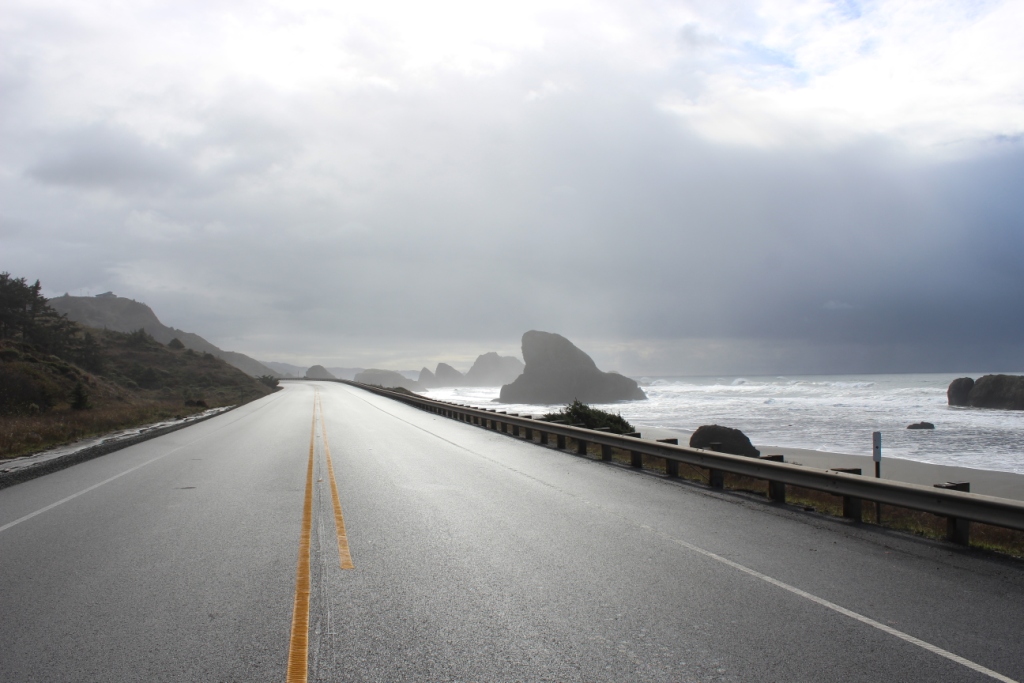 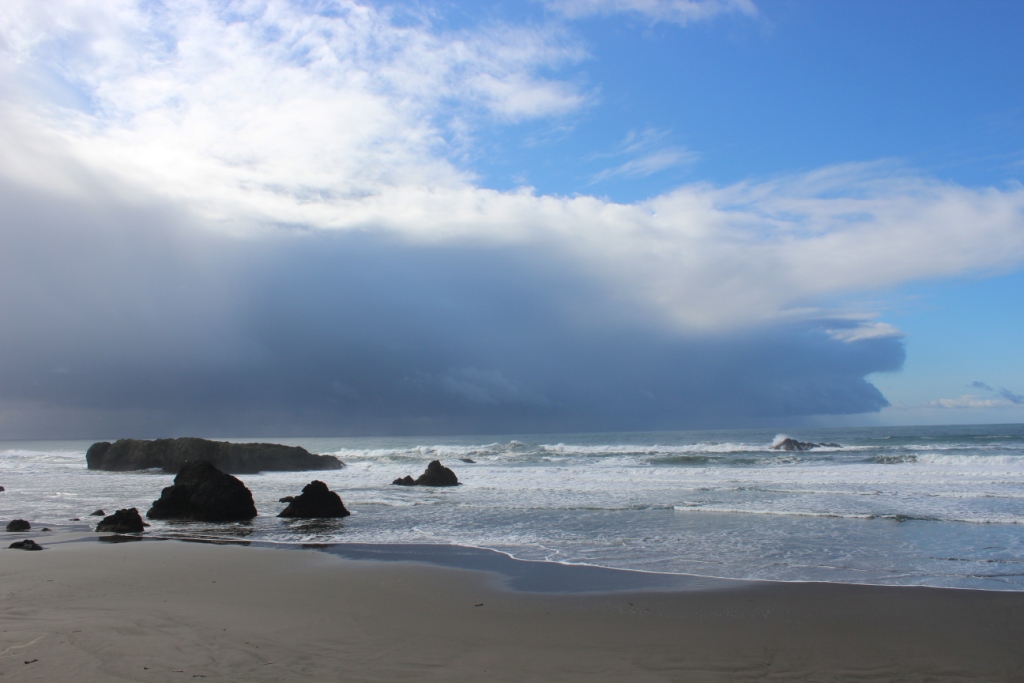