If I had to describe the drive down Mexico’s Baja Peninsula in one word, that word would be harsh. Lucky for us, harsh and beautiful are not mutually exclusive and neither are harsh and enjoyable, evocative, interesting, or worthwhile, all of which effectively describe this journey.

Crossing the border at Tijuana, we cruised along for a couple of hours on the immaculate Mexico Highway 1 to Ensenada. This road was better than most of those we encountered in the United States, and for the first mile or two overlooked some of the poorest living conditions we have ever seen. I’m not talking about trailer parks or roach infestations or even the projects here. I’m talking about cardboard walls, tin roofs, and sheet doors, about slums. It was like waltzing through a zoo, enjoying the safety of a nicely paved walkway while gawking at the foreign habitats on the other side of the fence. That, followed immediately by faux-fancy places for Americans to play in Mexico – the poor man’s Miami. But hey, who couldn’t overlook a little bit of squalor for a discount on their resort? Excuse me for a second while I climb down from my soapbox…

So anyway, the three 30 peso ($2.40USD also accepted) tolls were well worth the lovely driving conditions along the official Scenic Highway. Aside from easy breezy driving, the views were fabulous and led us straight through Ensenada and into Baja Wine Country. As we drove around a high bend, the vineyards came into view, mostly covered by a blanket of low hanging clouds and soft fog.

The rest of the day was a combination of small pueblas, dead dogs, millions of cacti, and seemingly unending dessert.  Maybe it was that we had been on the road for three days before we even entered Mexico or the excessive amount of caffeine I’d enjoyed during that time or the curving highways or the fact that I was missing my family. Whatever it was, it had me nauseated and anxious during our two day drive down the Baja Peninsula. A shame really. The drive was stunning.

Our roads, though not perfect, were paved, and they wound through mountainous terrain for hundreds of miles. Once past Baja Wine Country, the scenery remained the same for most of the day – mile after mile after mile of rugged mountains and plentiful cacti. Picture Wiley Coyote country here. Every once in a while a straight length of highway would pass through a small town. There were not exit ramps, just dirt the width of a road on either side of the highway to pull off onto if one wanted to stop for gas or food. We were pleasantly surprised to find free bathrooms available at the Pemexes, the government controlled gas stations, some even with toilet paper (though I definitely recommend you carry your own for the less luxurious stops). For regular gas, ask for Magna.

At the end of day one we crossed from Baja California to Baja California Sur before stopping in Guerrero Negro for the night. At the checkpoint at the state border we were required to pay 20 pesos to have the underside of our car sprayed for bugs. We were told ahead of time that if the guys running the show elected to come out of the building as we passed through, the charge would be 10 pesos, so either the fee recently increased or we were looking pretty white that day. Regardless, we were quickly sent on our way and drove the last mile into town. There are many cheap hotels with wifi and hot water along the main drag in Guerrero Negro for about 300 pesos per night. We stopped at Hotel San Ignacio and paid 350 pesos (about $28USD) for a clean room without, unfortunately, hot water. The staff was very friendly though, and the internet was great.

We grabbed some food and Tecates from the grocery store down the street, just in time for the town-wide power outage. The hotel owner offered us lanterns and her staff explained to us that this happens when it rains. Standing in the completely dry parking lot, we watched, fully entertained, as the evening continued in the dark for the next hour or so. A newly married couple drove by in a limousine with their guests following behind them, honking their horns in celebration. It was like a funeral procession turned happy. In the dark.

Day two’s drive through Baja Sur was far more varied. Trekking from Guerrero Negro southeast to Mulegé, south to Loreto, west to Ciudad Insurgentes, and finally back north to San Juanico, we were wowed by both the Sea of Cortez and the Pacific Ocean and enjoyed inland roadways curving through mountains and coasting through dessert. Just south of Mulegé, the doors to the views of the Sea of Cortez blew open, gifting us with incredible vistas of perfectly blue waters and the heaving boulders among them. Campers were posted up on various beaches along the water’s edge on the Bahía de Concepción, an ingenious idea from our vantage point driving past. Each small town we drove through was inviting, and thanks to the recommendation of a contact in Baja Sur, we stocked up on a couple of days worth of groceries at the Ley in Insurgentes before taking on the final leg of our journey.

The last 90 minutes of the drive returned us to the cacti filled dessert, but as we pulled into San Juanico after the long, five day journey from Kansas, we knew we were in the right place. This fisherman’s village slash surfer’s paradise is home to some 1200 people. Plus two Vangabonds and a Maya and a Saul. 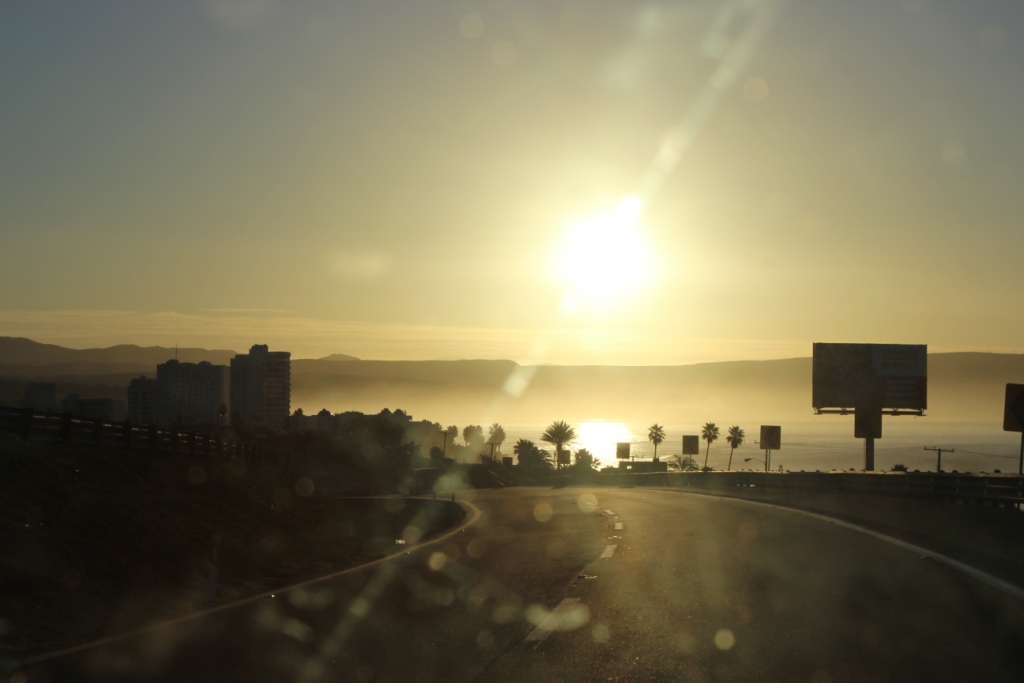 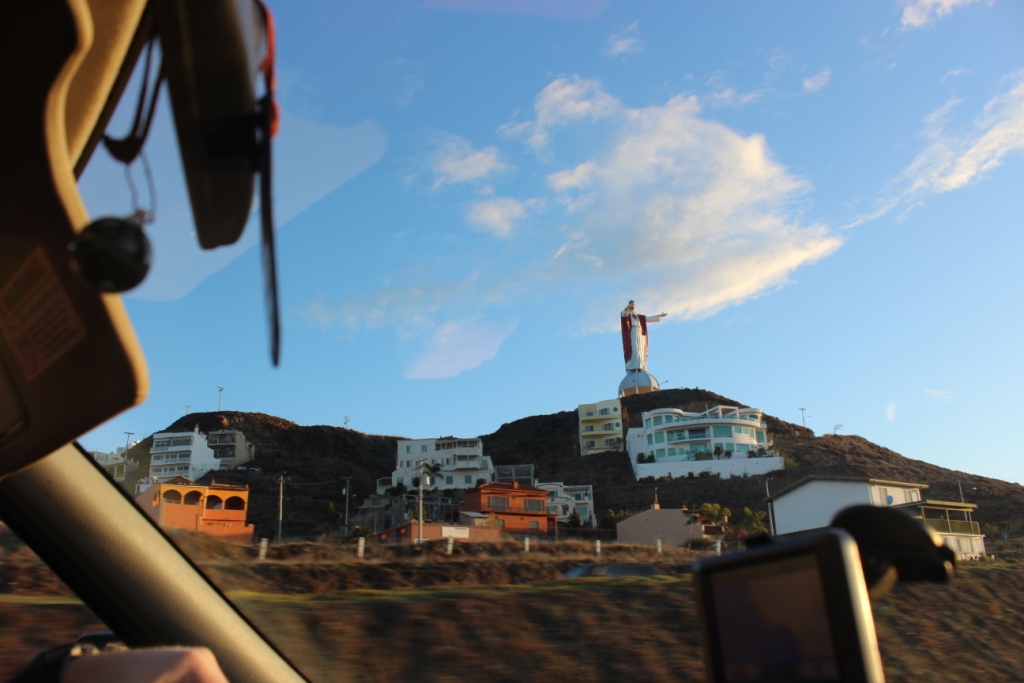 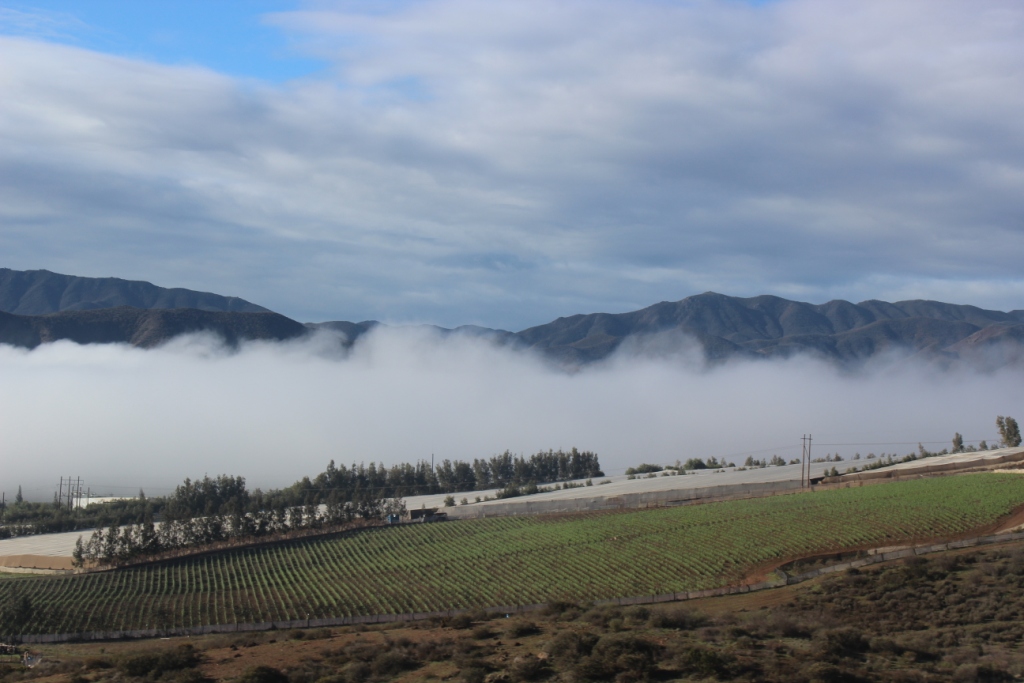 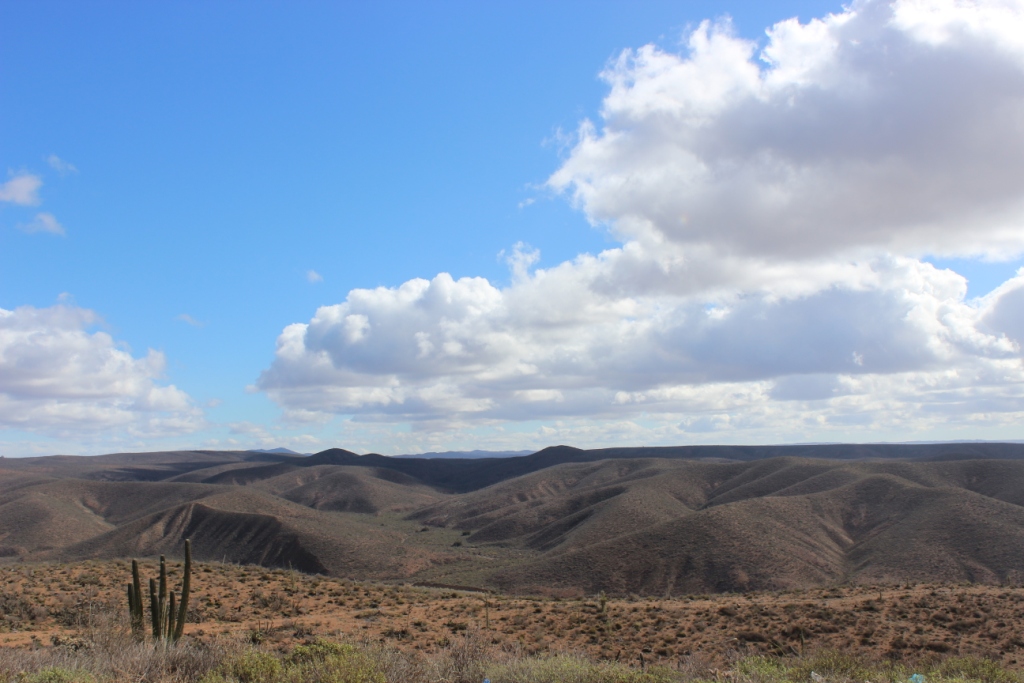 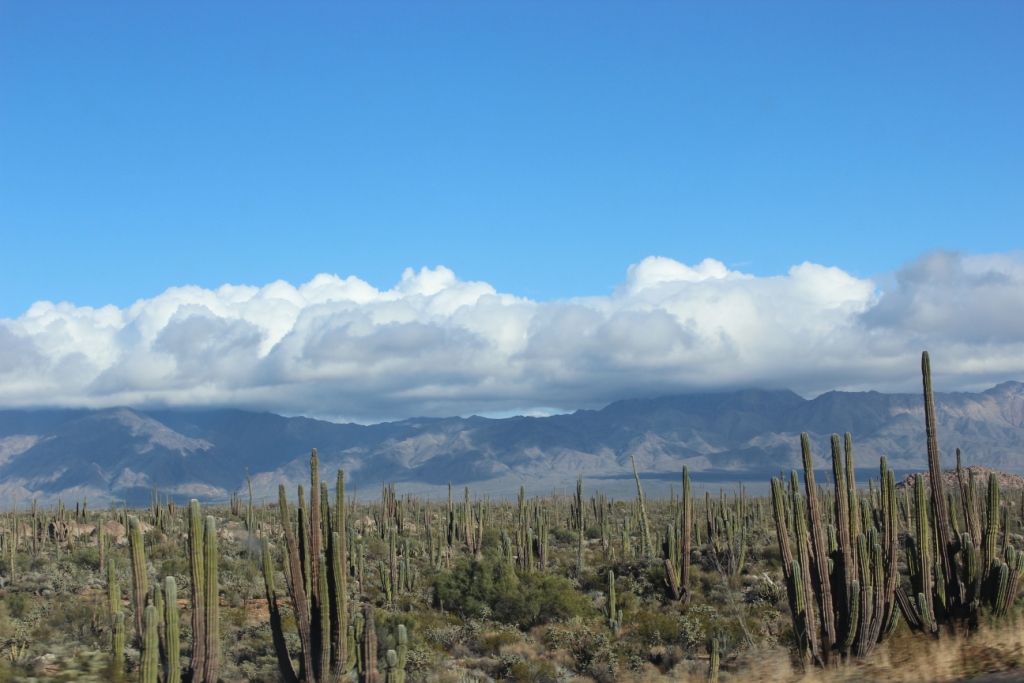 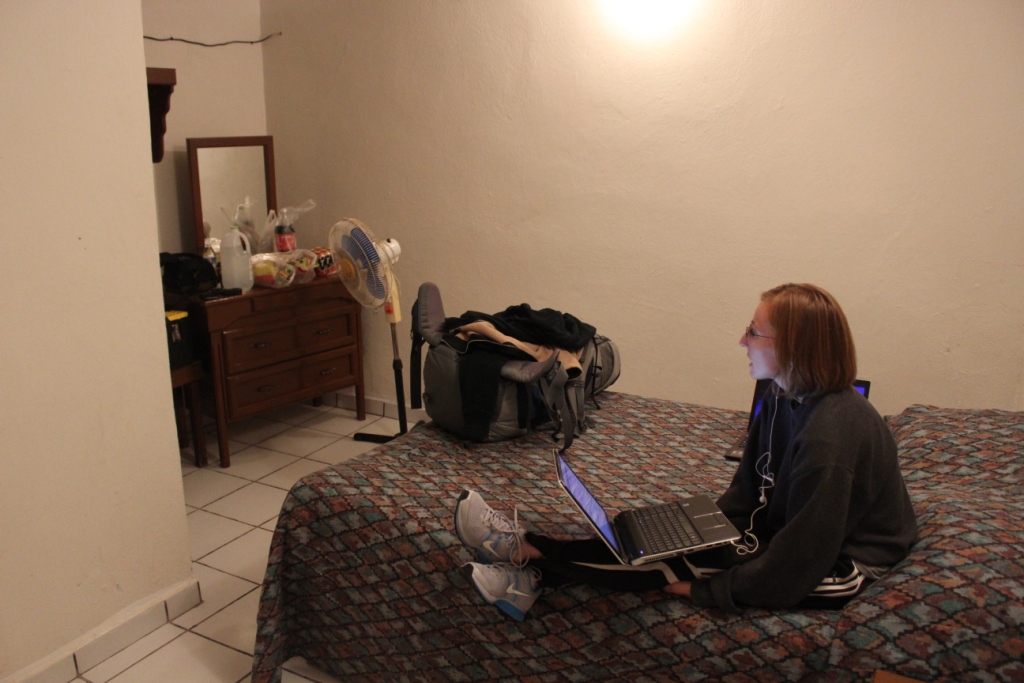 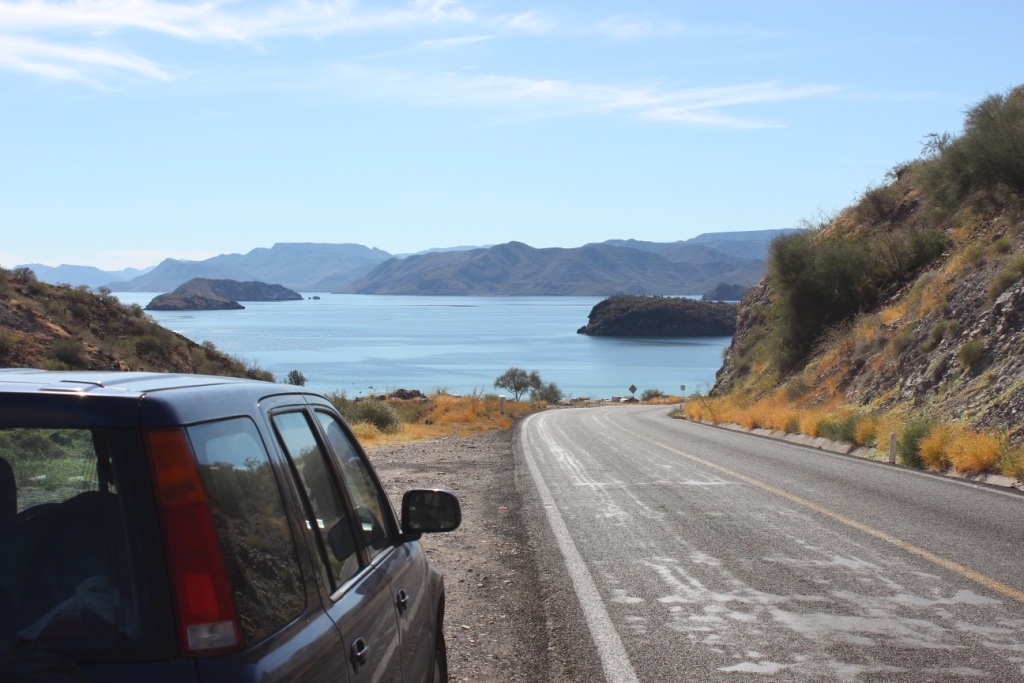 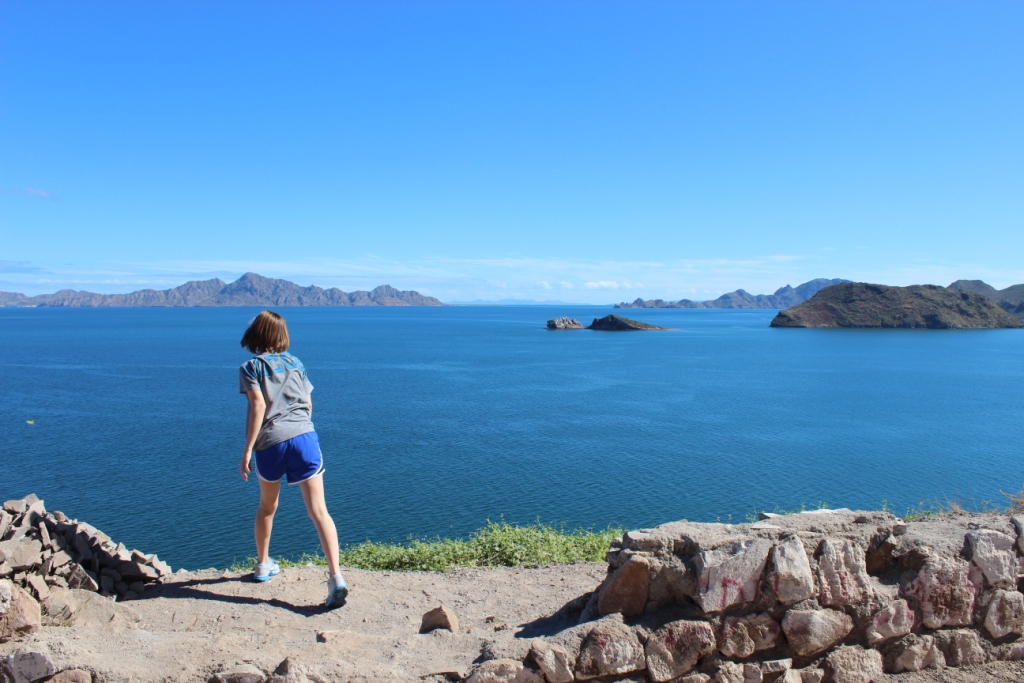